I’ve owned a number of Apple mobile devices over the years iPods, iPhones and now the iPad. The sync cable coming with all of these is generally compatible with all things Apple, but not today. I found out that some of my older sync cables with the larger dock adapter end would not work while the Bumper was installed on my iPhone. In this instance it was the cable that shipped with my iPad and since the Bumper doesn’t come off easily — I think you get the idea. The cable shipping with the iPhone 4 worked just fine.

As you can see from the attached photos there is a significant difference in the thickness and height of the dock end between the two cables. My recommendation is to have at least one of each cable laying around, but hopefully you can make due with the smaller one. The larger one did not fit easily and probably could be forced to fit with a Bumper installed, but I thought that handling it roughly that way would not be a good idea.

While this isn’t a show stopper and not a really big deal. I thought you might like to know about it so you don’t get a surprise when you get your Bumper or you are on the road with the wrong cable!

In regards to the Universal Dock Adapters you will find an example of why I wish Apple shipped these in black at the end of this post. I don’t know why Apple never offers these in black, but I guess it must be easier for them to produce these in white than it is to produce a white iPhone 4. Bummer! 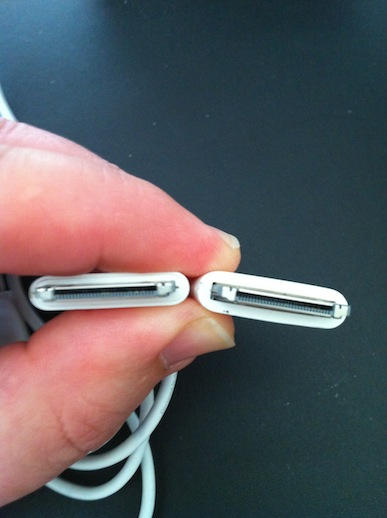 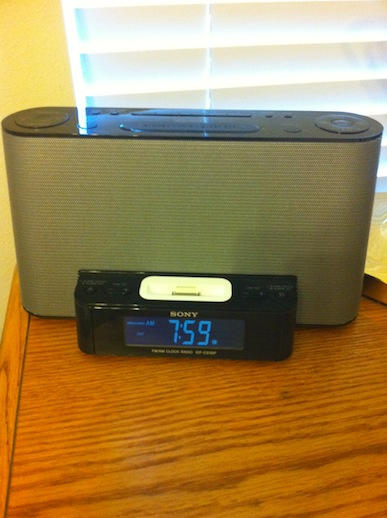