This post is brought to you by Alamex Ltd, creator of Zen Clock.

Are you busy on your Mac all the time? Does that little clock in the top right hand corner of your screen govern your life, at least during the week?

The Zen Clock turns your desktop to a color that constantly changes through the whole spectrum throughout a 24-hour period.

Take life a little slower and bring some Zen onto your Mac as you learn to tell the time of day in the way nature intended. 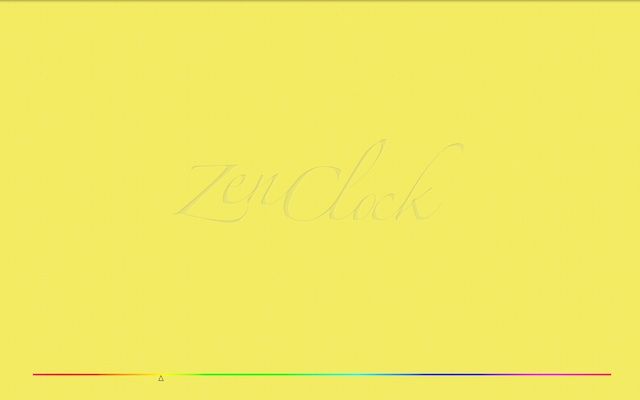 Traditional time-keeping in ancient Zen Japan was pretty loony – literally, based on the moon and seasons. There were six hours, of unequal lengths, which were counted – backwards. And the duration of the hours changed according to the seasons.

Those Zen Buddhists didn’t spend their lives rushing to appointments and struggling to make deadlines. They timed their lives according to the world’s natural rhythms.

Experience the morning dawn as red moves through orange and yellow. Imagine green fields during the morning and blue sky in the afternoons as these colors appear on your desktop. In the evening the blue desktop gets darker around nightfall and ends the day in a calming night time violet.

Zen Clock can be used on multiple desktops and monitors connected to the same Mac.