From the fantastic to the mundane, life's essential experiences go better if you've got the proper gear. We test a lot of stuff here at Cult of Mac, but the items featured in our monthly Lust List roundups are the things that have made the grade over the long haul.

These are the things we can't live without.

When the box from Meridian arrived, my officemate wanted to know what was inside. When I told him it was a $2,000 headphone amplifier, I got the face – you know, the one where your dad is about to tell you there is no Santa Claus, or Easter Bunny, or even a tooth fairy. Despite what my curmudgeonly colleague would have you believe, the Meridian Prime’s digital audio converter has changed my workplace listening experience exponentially.

I found myself re-experiencing everything from Pavement’s reissue of Wowee Zowee to Ry Cooder’s Paris. I listened to the usual benchmarks, but what really struck me was how the Meridian Prime and a pair of Bowers & Wilkins P7 headphones allowed me to forget about the how and enjoy the what. Setup was a no-brainer, the Analogue Spatial Processing technology is interesting and fun to mess around with, and the build quality is excellent.

And, as the audiophiles would say, I did not suffer from sound fatigue. I am sure there is something to ponder about the psychology of listening to music in a way where you are listening to see if there is a difference, but even with this factored in, I am sold on the idea of an awesome pair of headphones and a digital-to-analog conversion. – Jim Merithew

I love eating rice. I hate making rice. You can see my dilemma. The solution to my lazy-guy problem is the Micom Rice Cooker & Warmer by Zojirushi (specifically model NS-LAC05, which cooks up to 3 cups of rice and retails for $182). Thanks to its fuzzy-logic technology, which adjusts cooking time and temperature based on input from built-in sensors, I can eat perfectly fluffy rice as often as I like without ever having to scrub scorched grains out of a filthy pan.

This stainless steel kitchen miracle couldn’t be easier to use: Just dump your rice and the appropriate amount of water into its nonstick tub, select the correct type of rice, and press the Cooking button. A charming little melody plays when cooking starts; a similar tune lets you know when the rice is finished. Then the Zojirushi will keep your dish warm for hours. Works with all kinds of rice (except sweet rice), steel-cut oats and even porridge (whatever the hell that is). – Lewis Wallace

I’m not afraid to say it: I have a massive man crush on almost all things Cadence. I love their raw denim jeans, I desperately want one of their Ritchey Airflow stems and I dig their whole aesthetic. I picked up this Grid collection jersey on super sale. Made for the Cadence Collection by the good folks at Capo Cycling, the fit and finish are superb. I was a little worried about the pink grid motif and my giant, middle-aged paunch, but my wife assures me I look fit and fast. Which is why I love her and why I now love my new piece of Cadence kit. – Jim Merithew

The curse of the audiophile is getting equipment that's good enough to make a difference. When I was a kid, I listened to The Clash on a crummy old transistor radio. It sounded awful, but it didn't matter. The energy and the excitement of the music shined through. Then I got a pretty good stereo, and the old radio went in the trash.

These days I'm plugged into a pair of Grain Audio IEHPs (In Ear Headphones). These earbuds made of wood are amazing, and I hate them. Now I can't listen to anything else, because it all sounds horrible. I was happy with Apple's earbuds and my old headphones, but not anymore.

Grain's $99 IEHPs are made from solid wood – not coincidentally, the same material used to make violins, pianos and guitars. They sound rich and sonorous, with a crazy-clear soundstage and robust bass. They are audio heaven.

The rubbery silicon wires have an inline mic and remote for taking calls and controlling playback. There are no extra bells and whistles, but there shouldn't be. They are simple and focused on their most important task – playing music. – Leander Kahney

I've been in love with this little robot from Day 1, when a friend of mine brought the used iRobot Roomba 536 model over for me to try. While it's not going to deep-clean anything, it's my favorite daily environmental noise as the Roomba runs around on my carpeted and hardwood floors, briskly picking up dust and pet hair so I don't have to drag out the big guns as often. With up to six pets in the house at any given time (don't ask), this little robotic buddy is a must-have. – Rob LeFebvre

Cult of Mac staffers have notoriously brown thumbs: Our offices are a wasteland of perennially droopy plants. That’s why the Click and Grow Smart Herb Garden was perfect for us. You fill the tank with water to nourish the nano-tech soil for three herbs (the starter kit features basil, lemon balm and thyme) for up to six weeks. The LED lights up for an optimum time every day, too, so no fussing around with the blinds and shielding seedlings from the afternoon glare. (Or forgetting to do either, which happens very often around here.)

The $100 electric herb patch comes in absolutely delicious packaging and the clean design makes the planter a treat to leave out and around. At this rate, we’re on track for a bumper crop of basil for Caprese salads by the summer solstice. – Nicole Martinelli

In the Kahney household, the biggest tech headache is not an unreliable Internet connection or forgotten passwords, but simply finding a damn cable to charge my iPhone. Certain members of the family who will remain nameless (hint: wife and kids) keep disappearing them. It. drives. me. nuts.

Enter Tylt's Energi 3K+ battery pack, which has a simple feature that sets it apart from most other battery packs – a built-in Lightning Cable. The cable tucks away neatly into a groove at the side. It's simple and efficient.

The battery pack is small and slim and is easily tucked into my jeans pocket. It has enough juice to fully charge my iPhone 5s (it's rated at 3,000mAh, hence the name) and outputs at 2 Amps, which is good for an iPad. There's also a universal USB port, allowing you to plug in another cable and charge two devices at once. Thanks to the lack of cables around the house, I've gotten into the habit of recharging my iPhone from the Tylt battery pack, not a wall outlet. Now the problem is stopping my wife and kids from stealing it. – Leander Kahney

As a kid, Mark Gevisser used to play a game he called “Dispatcher,” sitting in the parked family Mercedes plotting how to get around with the map of record, Holmden's Register of Johannesburg. He didn’t realize until he grew up that the map completely omitted the black townships, making the city he was born and raised in foreign to him.

His memoir, Lost and Found in Johannesburg ($27 hardcover) fills in those gaps. If you love maps, this is for you. If you love books where the art is not buried in one big indigestible chunk but interwoven with the text, so it’s like the author is talking to you, read this. If you’re interested in faraway places with strange-sounding names, read this. If you’re interested in Apartheid, race relations, sexuality, immigration or family, read this. OK, just read it already. – Nicole Martinelli

I love big glass and I cannot lie. I loved the manual-focus Nikkor 180 f2.8 of my youth. A Canon f1.2 II mounted to any box is a true delight. And I have lusted after a Leica Noctulux for as long as I can remember. Now Sigma is doing some amazing things with fast glass, including the new 50mm f1.4 DG HSM, which is big on heft but comparatively light on the wallet ($949 list). Being able to mount this extraordinary picture-making machine to your digital camera for less than a grand is a real treat.

The Sigma and my black lab Cody get along better than just about any dog/lens combination I have ever used. Cody is notoriously difficult to photograph, but the whippy-fast f1.4 lens I was able to capture the little bugger in the best and worst lighting situations I could put him in, with the autofocus working near silently and grabbing about as well as can be expected, considering the subject matter.

The 50mm lens is sometimes referred to as a portrait lens, but I find using a 50mm like a “normal” lens for street photography, product photography and as a general all-arounder is much more satisfying. The Sigma lens is a delight to stalk subjects in near darkness, which is what you really should be doing with this lens. It is most satisfying when you find yourself on the edge, wondering if anything is going to work out at all. Sure, the percentage of useable frames decreases, but the frames you land are worth the risk. Long live the big glass. – Jim Merithew

Temperature can be a tricky thing when you're manning the grill. The old finger test is fine if you're flaming steaks and don't mind erring on the side of bloody delicious, but how do you know when your goose is cooked? If you're dealing with poultry or a low-and-slow pork shoulder, you want a little more accuracy in the temperature department.

For that kind of data, I turn to the splash-proof, backlit Thermapen by ThermoWorks ($112 retail). Just flip the steel probe out of the surprisingly large plastic body, stab your slab where it counts and get an reading you can believe in less than three seconds. The Thermapen is a little pricey, but let's be honest: How many cheapo thermometers do you have rattling around your kitchen? Finally, you can throw those worthless things away. – Lewis Wallace 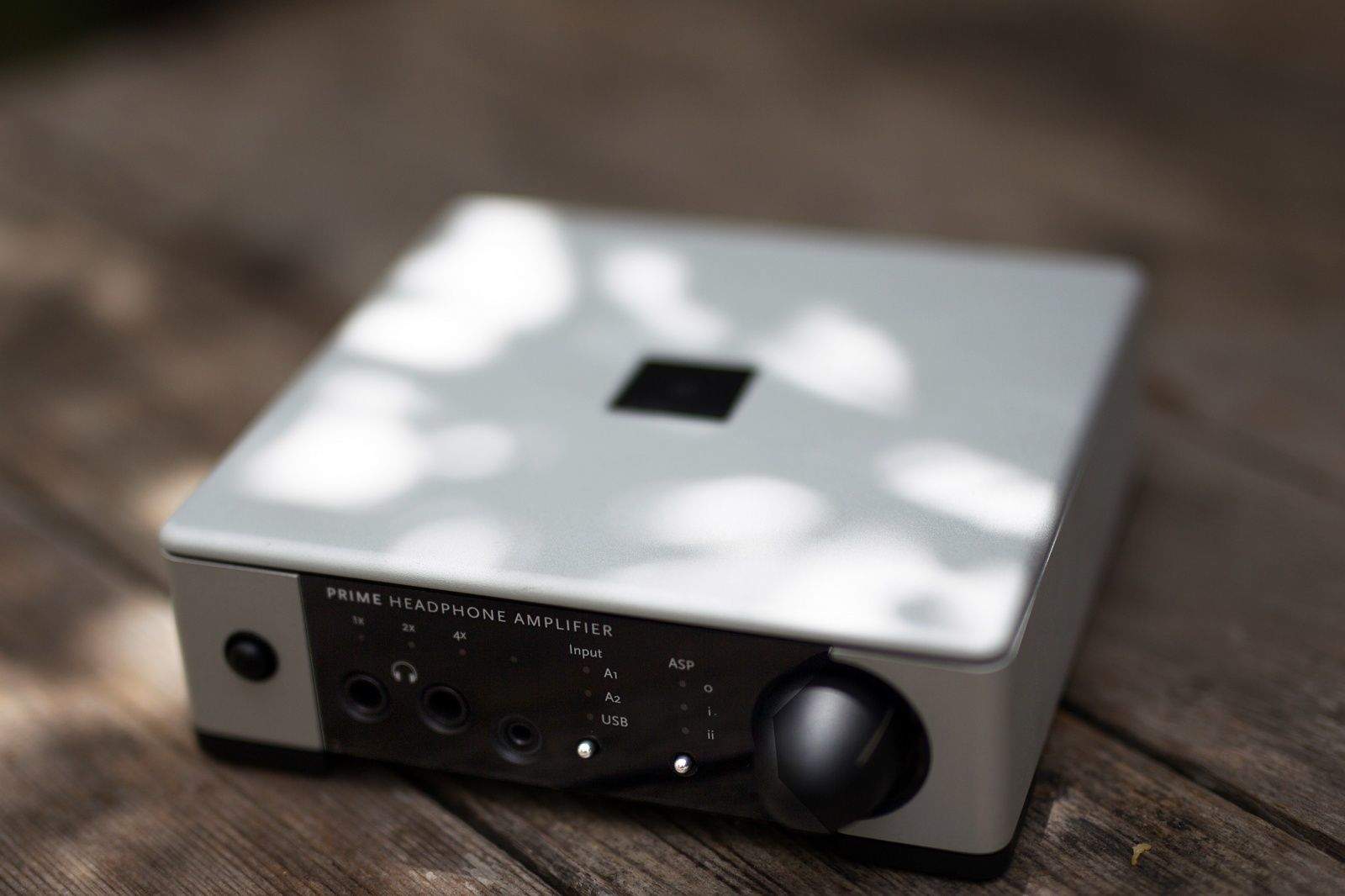 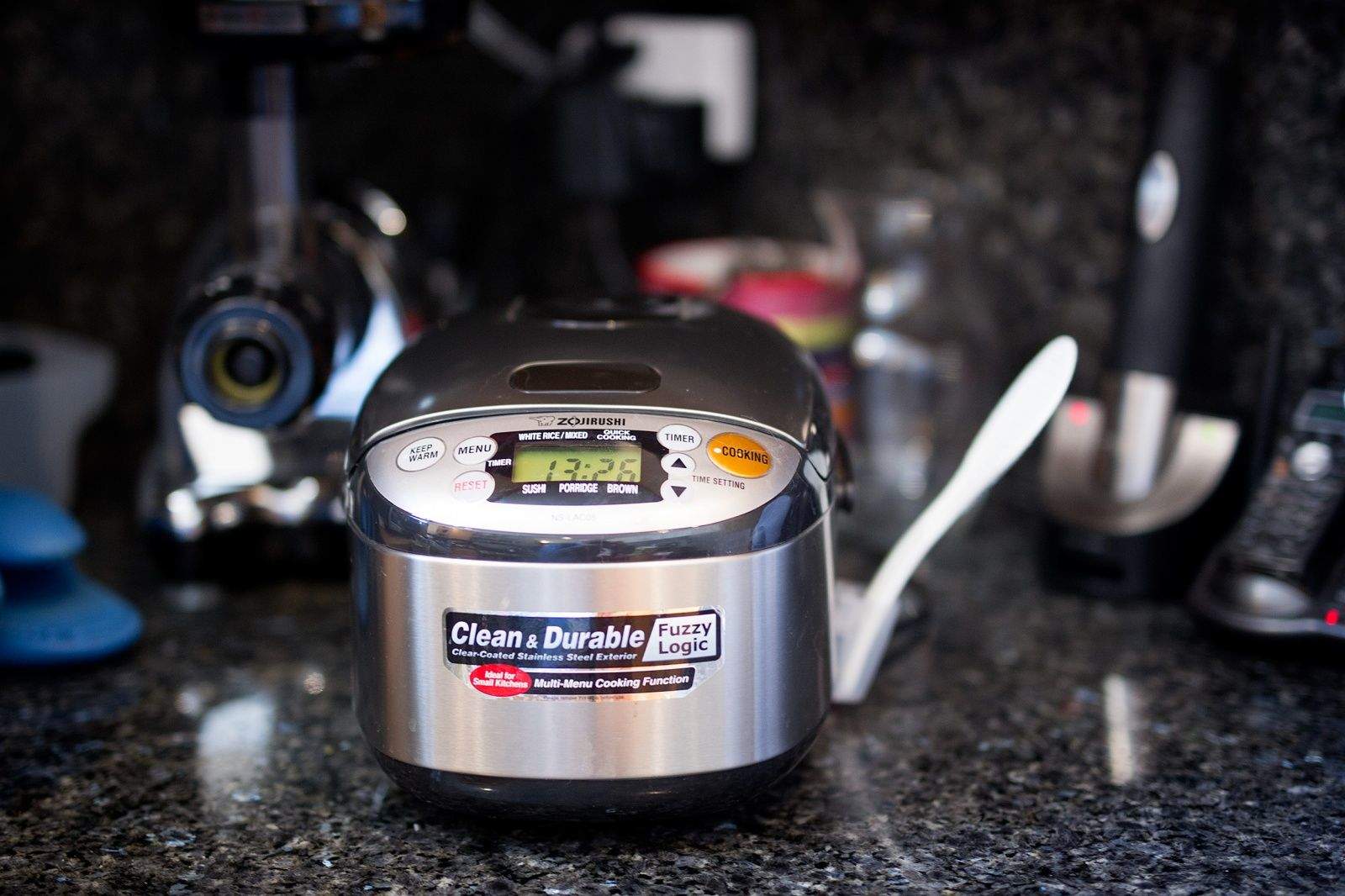 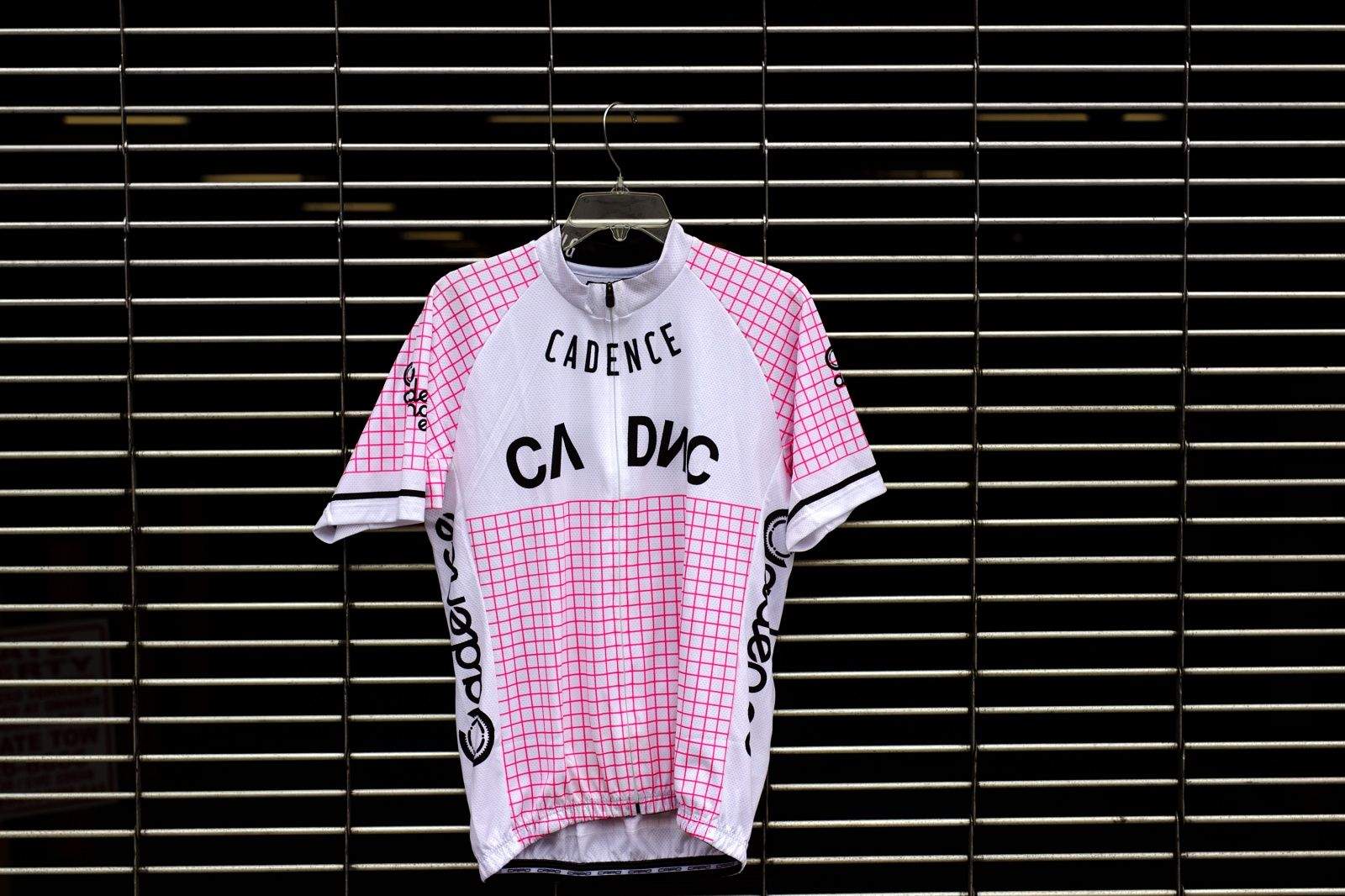 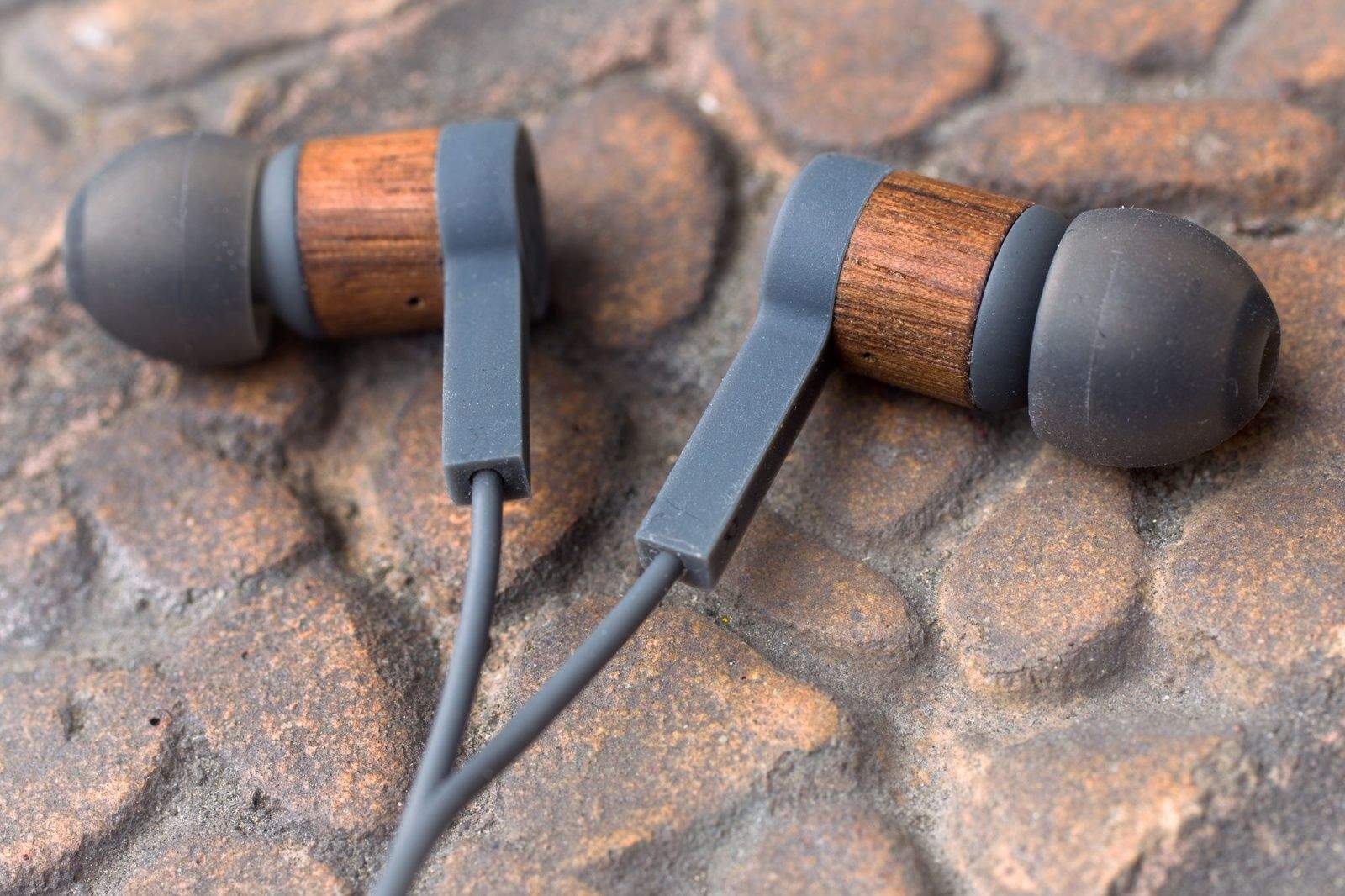 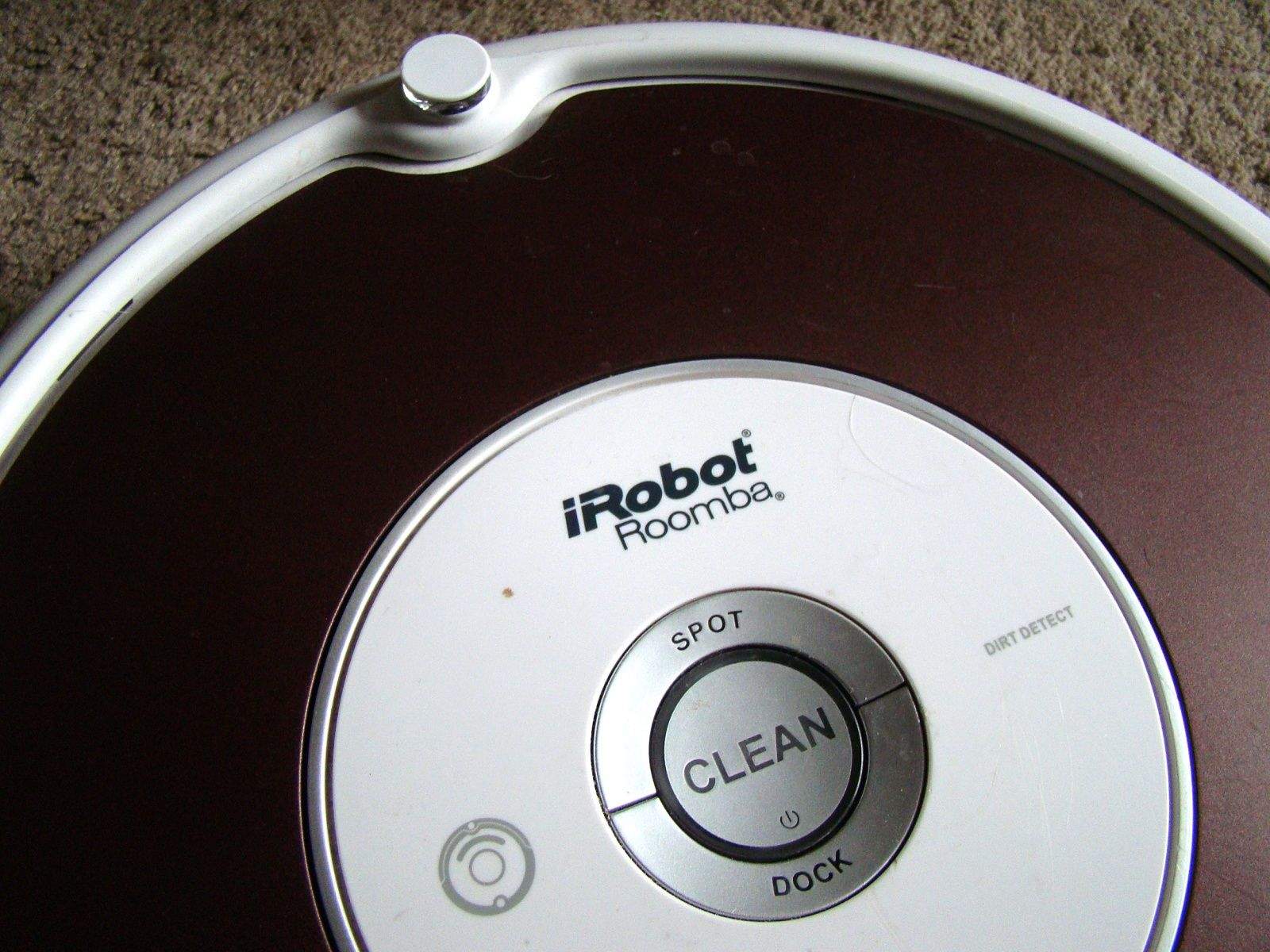 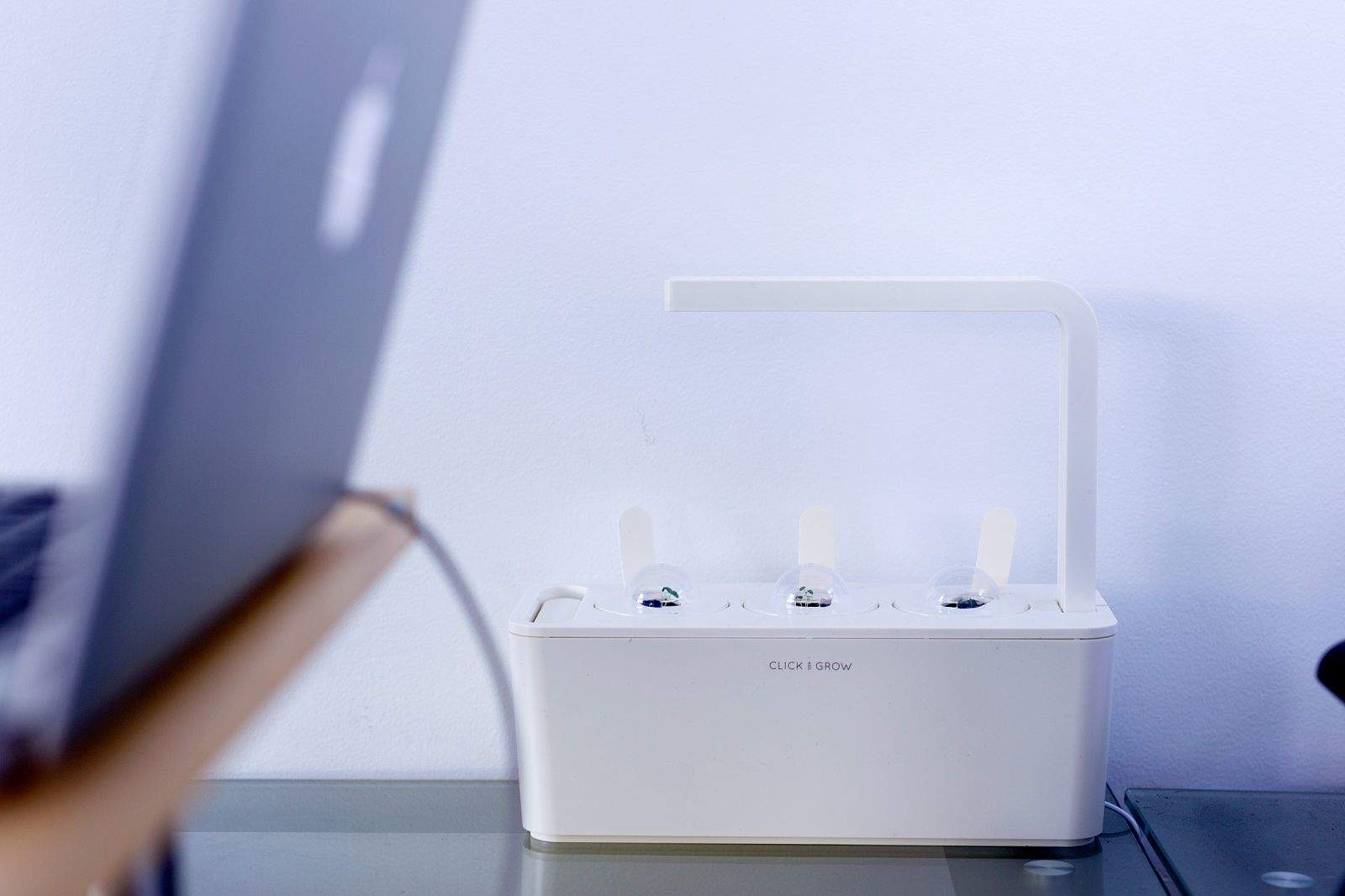 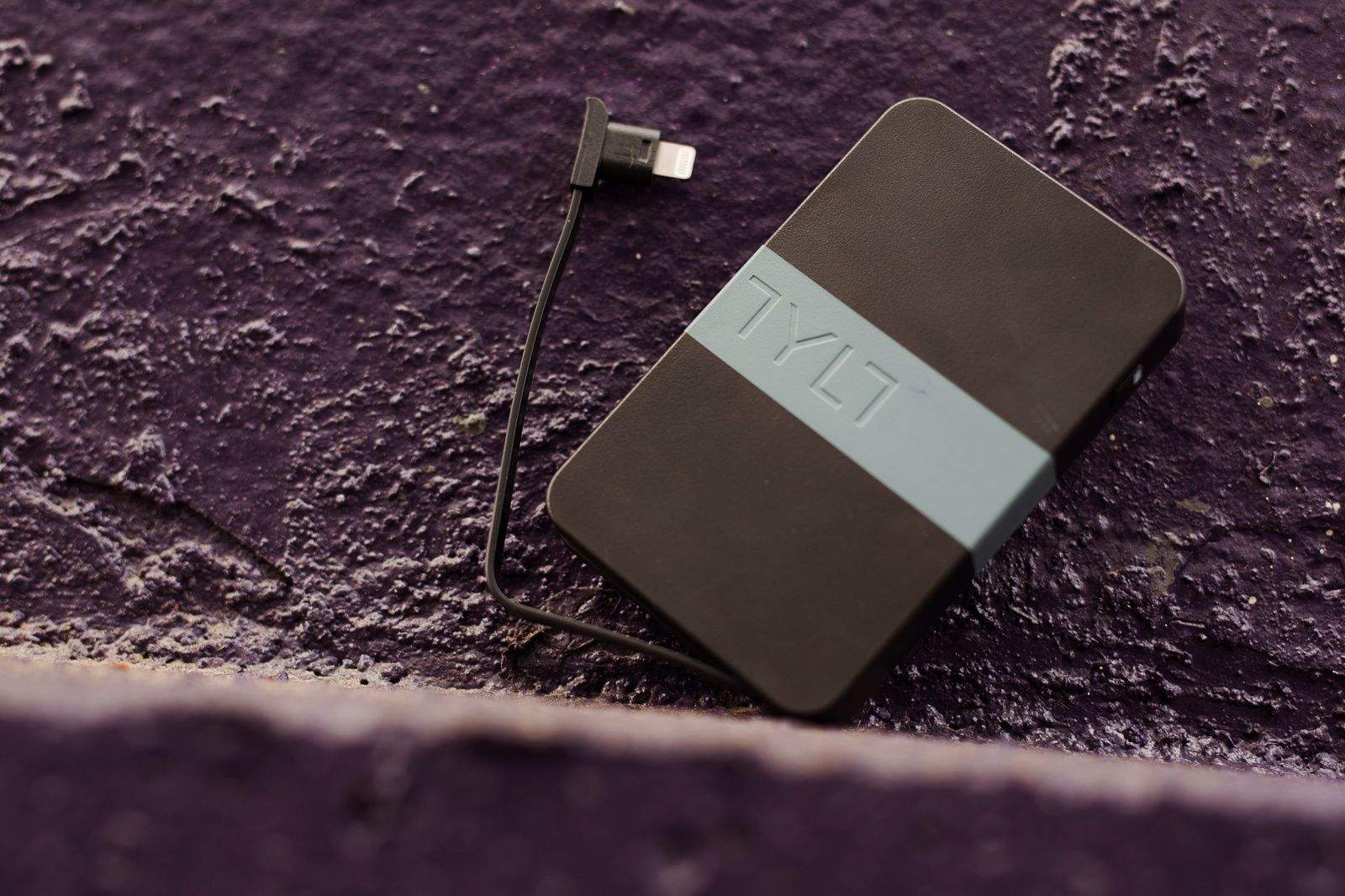 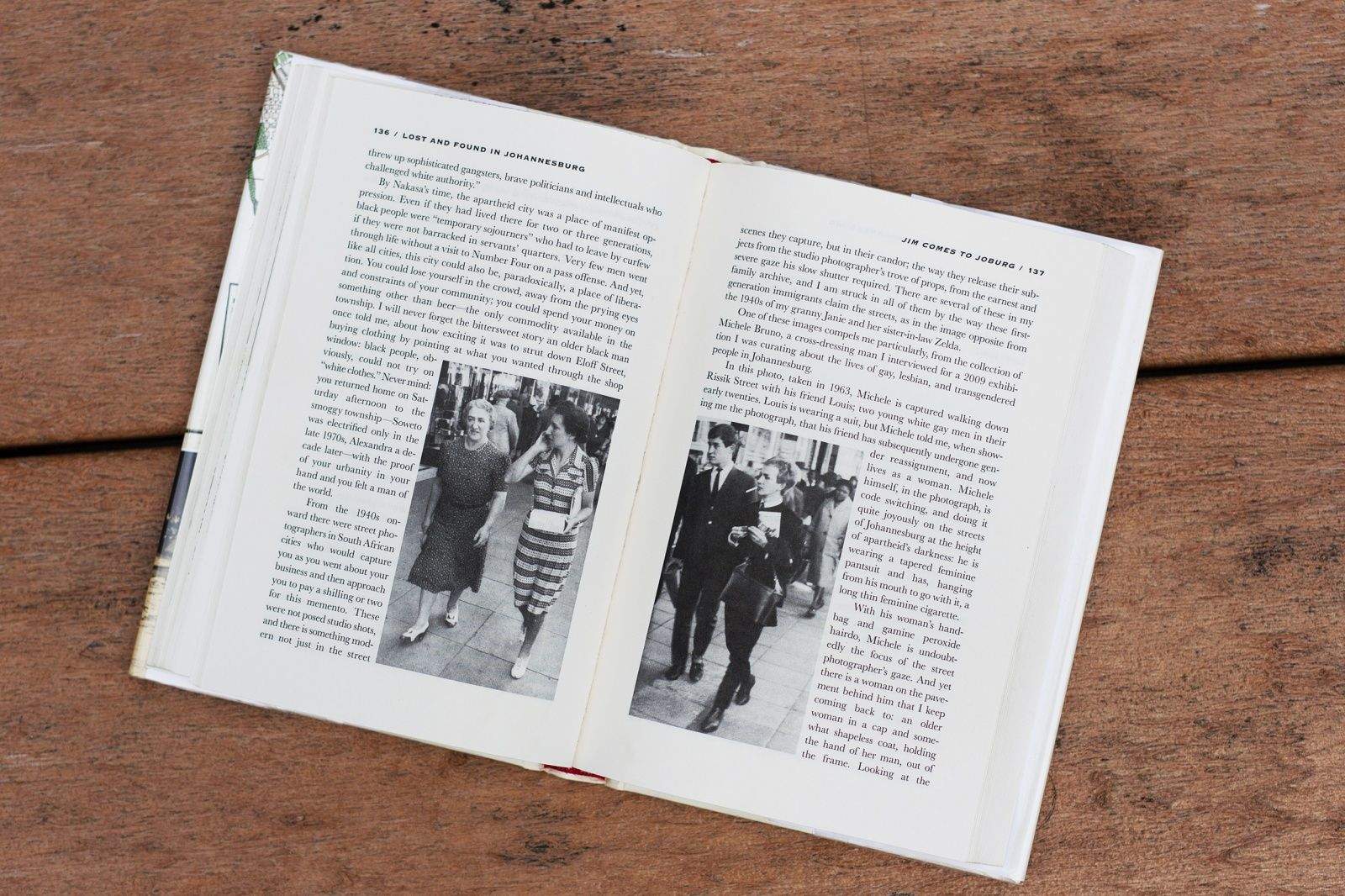 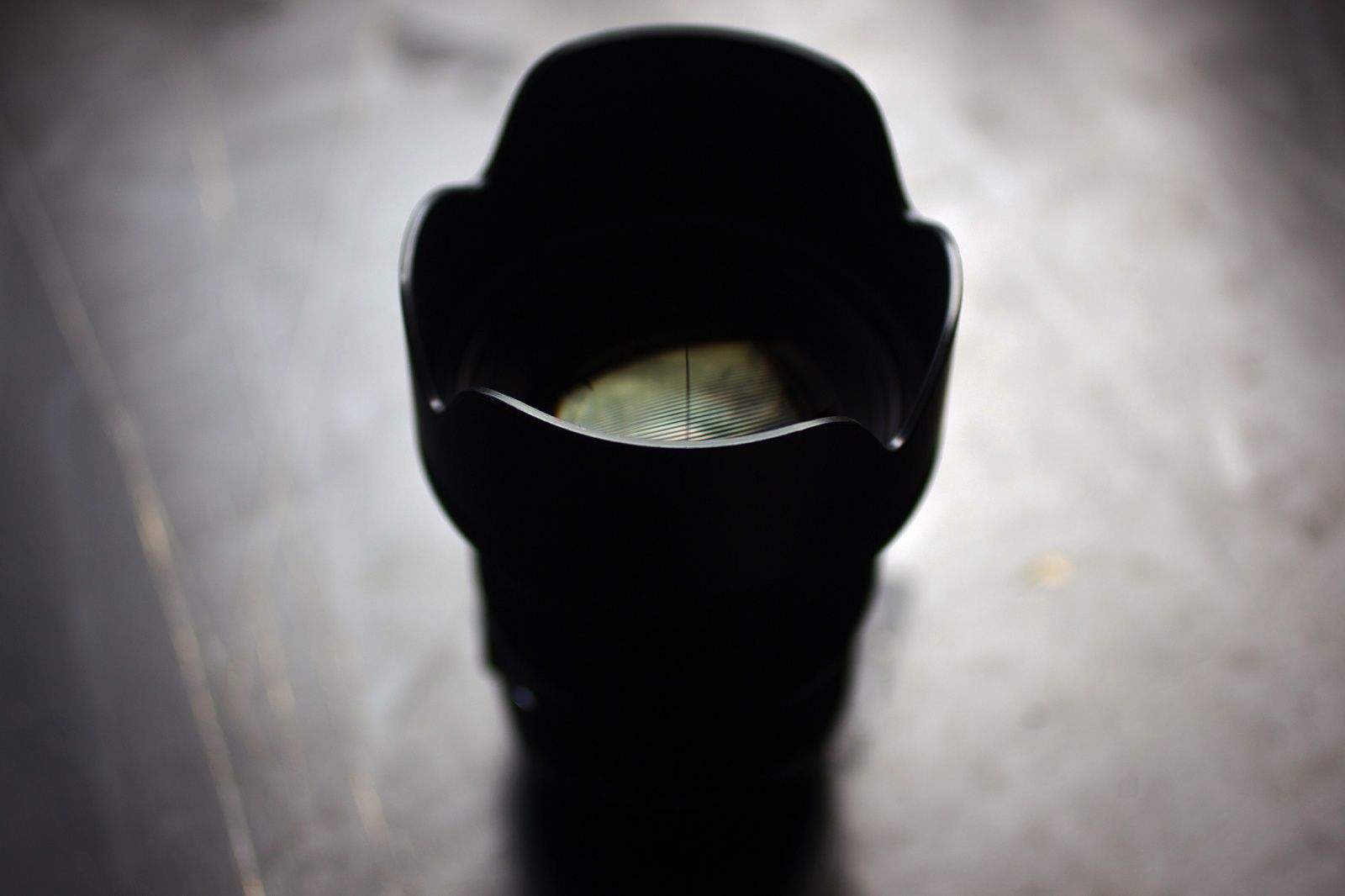 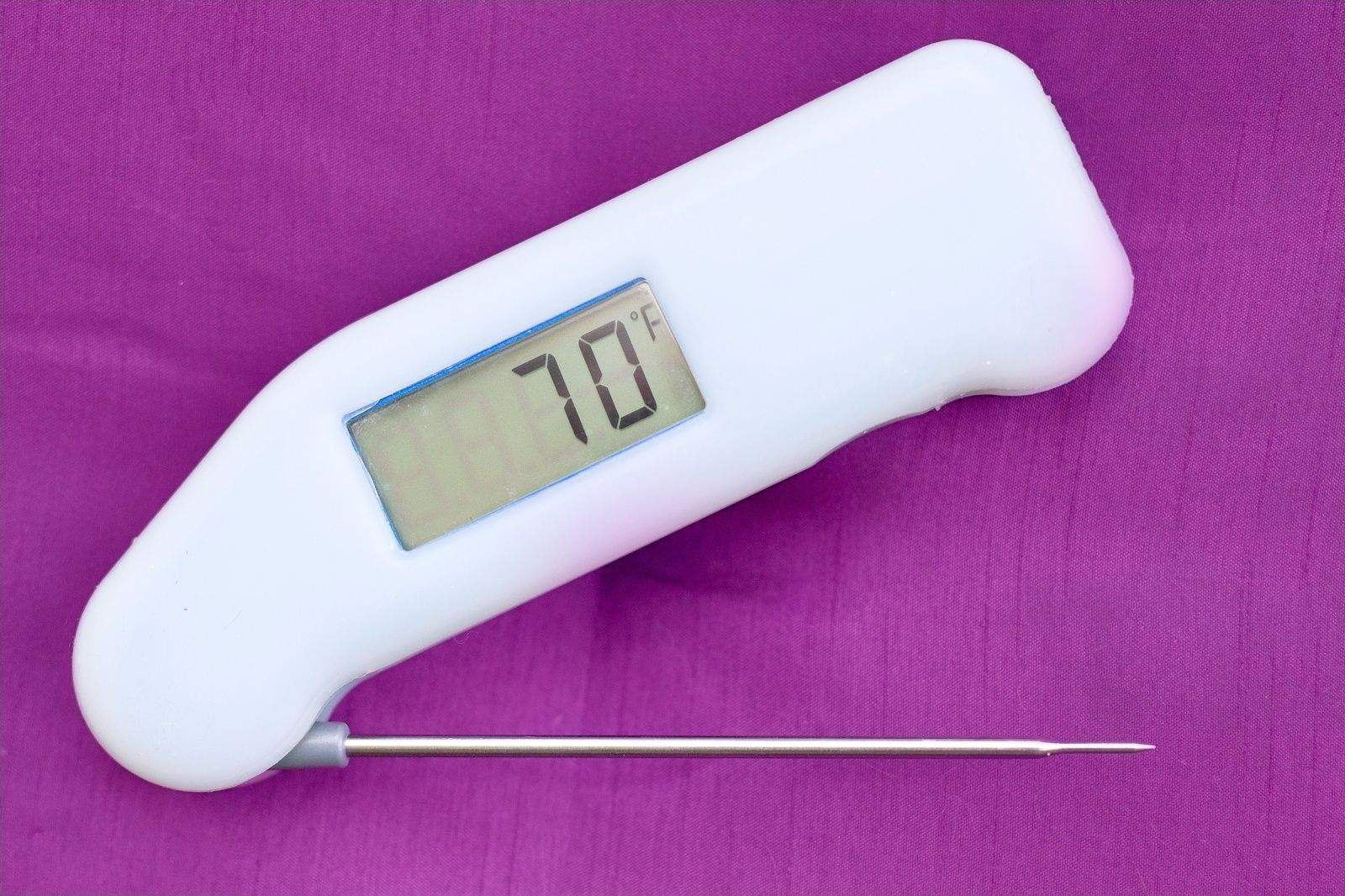