Google has re-released its MyGlass companion app for Google Glass in the iOS App Store. The app was briefly available a couple days ago, but Google pulled it and issued a statement saying that it was actually meant to release alongside the XE12 firmware update for Glass. Now that it is out, looks like MyGlass for iPhone has the green light. 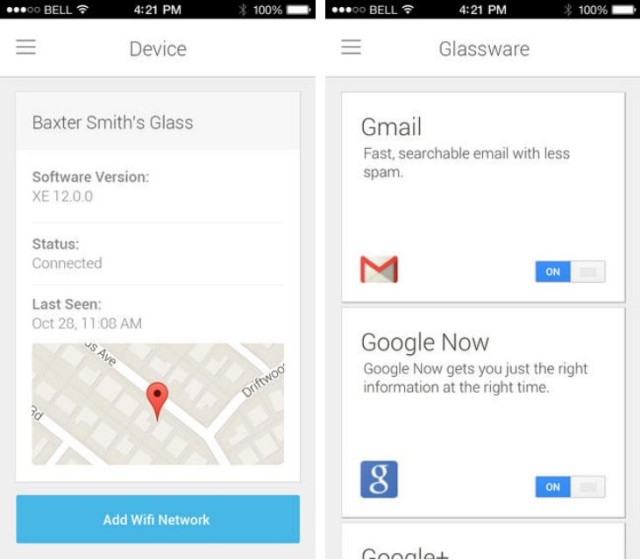 MyGlass has only been available on Android until now, and it allows Glass Explorers to set up and configure their $1,500 eyewear. It’s a free download in the App Store.