The iPhone 5s is here, and it’s a powerhouse. Today Phil Schiller announced that the 5s features a brand new A7 chip built on 64-bit architecture, making the iPhone the first smartphone ever to go 64-bit.

We’re talking an insane amount of power here. To put the specs into perspective, Apple is claiming that the 5s delivers 56x faster graphics and 40x faster CPU than the original iPhone. The 5s is a “huge leap forward in mobile computing performance,” said Schiller at today’s keynote. 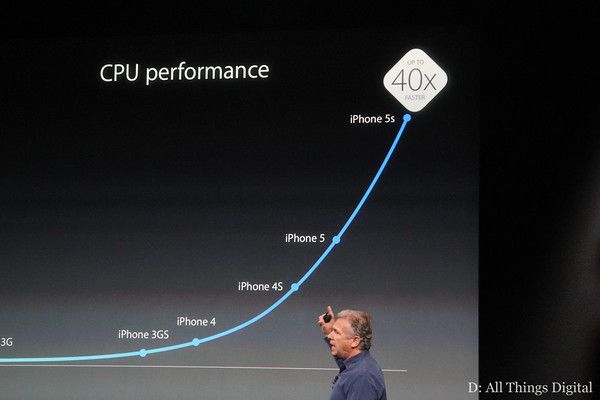 Thanks to this new processor, Apple is nearing desktop-level performance with support for standards like OpenGL ES version 3.0. Games like Infinity Blade 3 will take full advantage of the new processor when the phone ships later this month.

We’ll have more on the new A7 in future posts.