Here’s the striking glass facade of Apple’s new megastore on Boston’s Boylston Street. The store opens later today (See IFOApplestore’s coverage of the overnight campout), but is being criticised for not blending with surrounding buildings.

But check the picture below, which shows the lot before Apple. Which do you prefer? 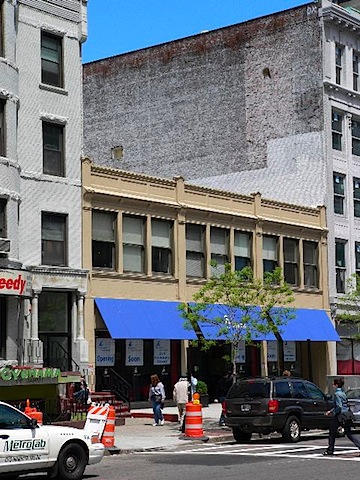