Apple hasn’t been very friendly to the DIY community in recent years. Every year Macs get harder and harder to take apart and repair/upgrade at home. iFixit called the 15-inch MacBook Pro with Retina display the “least repairable” MacBook yet, and the 13-inch Retina MacBook didn’t score so well either.

That’s why it’s refreshing to hear that the 2012 Mac mini Apple announced Tuesday is actually very repairable. “The Mini continues to be one of the most repairable devices that Apple produces,” according to iFixit’s official teardown.

After taking the new Mac mini apart in its labs, iFixit awarded the machine a 8 out of 10 on its repairability scale. The 15-inch Retina MacBook got a 1 out of 10 and the 13-inch Retina was given a measly 2 out of 10. 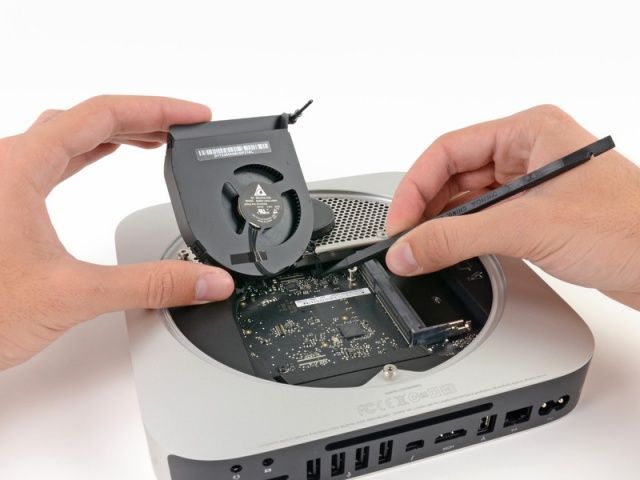 The new Mac mini ships with a 2.5 GHz dual-core Intel Core i5 or 2.3 GHz quad-core Intel Core i7 processor. Hard drive options include a 500 GB, 1 TB, 1 TB Fusion Drive, or 256 GB solid-state drive. You can load up to 16GB of DDR3 RAM. Apple has included Thunderbolt and HDMI ports, but no optical drive. You can order the base model for $599 on Apple’s website.

Number of comments on this postLeave a comment
Posted in: News Tagged: iFixit, Mac mini, teardown