LAS VEGAS, CES 2012 – Wandering the showfloor of CES as a juiced-out gadget writer, charging solutions can take on a bizarrely exotic appeal. That external battery pack you passed over the press release for with a yawn months ago can suddenly become this season’s must-have gadget, all because your MacBook’s battery icon is blinking red, all the outlets are taken in the press room and you’ve got three stories to file.

As such, it’s hard to tell if I like iLuv’s DreamTraveler so much because I’ve got a desert wanderer’s thirst for electricity or because it’s genuinely a sexy, useful product. Certainly the Cult of Mac team could have used one in the press room this week. But I’m definitely leaning toward ‘sexy’ and ‘useful’, because the DreamTraveler isn’t just a good looking power strip, it’s also a dock that can charge six Apple gadgets at a time from just one outlet. 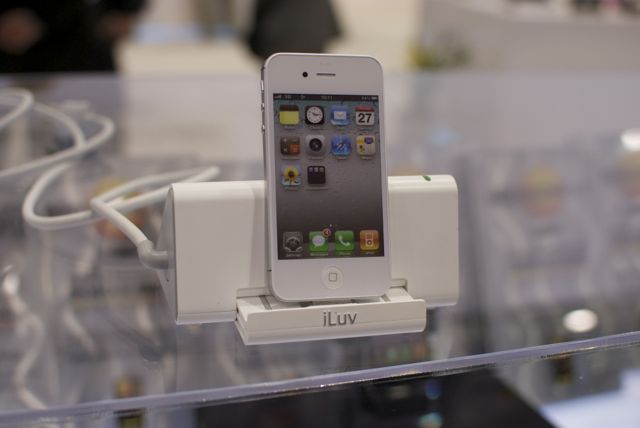 Pyramidal in shape, the DreamTraveler power strip first and foremost features a collapsible tray in which any iPhone, iPad or iPod can be charged at 10W. On the other side, three grounded AC outlets allow you to plug in up to three other chargers at once, including MagSafes and Apple USB chargers. 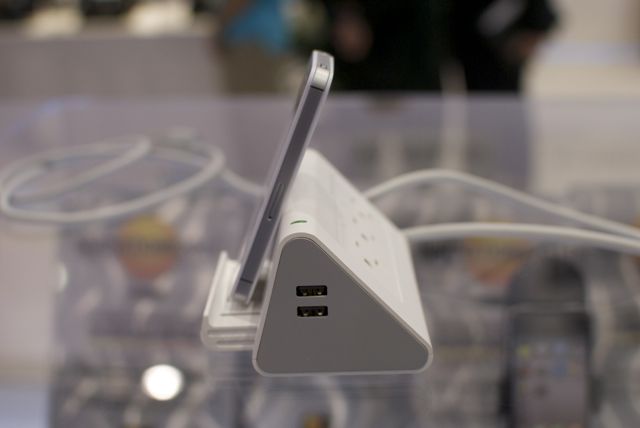 Don’t have your USB chargers handy, only the cables? No problem. On the side of the dream traveler are two USB ports, one of which will charge iPads at 10W, the other a more typical 5W.

Ultimately, the DreamTraveler is probably only going to appeal to road warriors who habitually travel with a deep gadget bench. But since that describes Cult of Mac’s CES 2012 team to the ‘T’, we would have bought one today if they’d been on sale. Unfortunately, they’re not, and if you’re eager to get your hands on a DreamTraveler, you’ll have to wait until April-May when the DreamTraveler will go on sale for a reasonable $49.99.