Today Apple announced a new iPod nano model starting at $130. While the design of the iPod nano has remained identical to the previous model, Apple’s new nano software includes multiple additions and improvements. 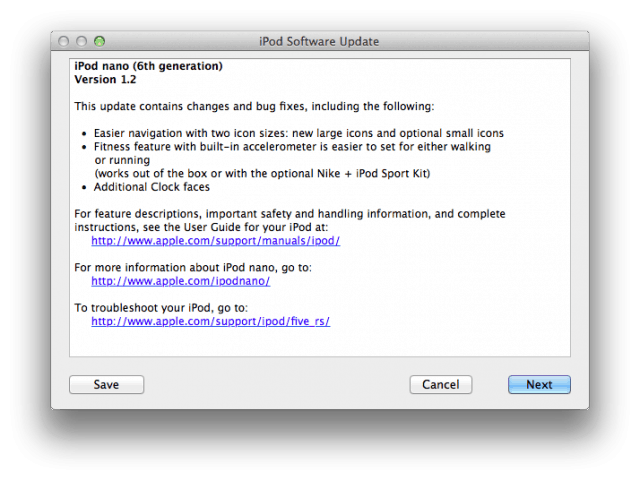 As MacStories notes, the new user interface in this lastest software update is actually optional for 2010 nano customers. Users can revert back to the classic grid interface in the 2010 iPod nano’s settings.

Check Software Update to get the latest update for your iPod nano.

Now that old iPod nano customers can get the latest software, is there really a reason for current users to buy the new model?