Apple has reportedly approved a 10-episode sci-fi series co-created by Simon Kinberg, who has written many of the X-Men movies going back to 2006. This show will apparently be part of the streaming video service Apple is expected to launch this year.

Not much is known about Kinberg’s latest creation yet, though it’s scheduled to start filming this summer.

Apple's forthcoming Campus 2 is set to become Silicon Valley's most envy-inducing headquarters: the kind of futuristic home base that belongs in a James Bond movie.

With work progressing nicely, en route to a 2016 opening, we thought the time was right to look at some of the (fictional) headquarters it will be competing against for title of best secret lair of all time.

Scroll through our gallery to take a look at some of our other picks. You never know when Tim Cook will decide to incorporate an underground cave or shark tank into Apple's new home...

The James Bond movies have given us plenty of memorable headquarters over the years — mostly belonging to supervillains. While the most famous one is probably Blofeld's hollowed-out volcano lair from You Once Live Twice, I’ve always been partial to Karl Stromberg’s underwater hideaway Atlantis, from Roger Moore’s best Bond entry, The Spy Who Loved Me.

Not only can the self-sufficient HQ rise to the ocean’s surface or dive below it to suit requirements, but it’s also got four helipads, plenty of luxury dining space, and a shark tank for getting rid of those pesky guests who overstay their welcome.

The Batcave is probably the most iconic superhero lair of all time, and has undergone plenty of different interpretations since first appearing in an episode of the 1943 Batman movie serial entitled “The Bat’s Cave.”

Which version scores a place on this list? Multiple versions stand out, although my personal favorite remains the one from the 1966 Batman TV show, starring Adam West and Burt Ward. Quick Robin, to the Batpoles!

Bruce Wayne’s Batcave may have an undisputed place on this list, but as mansions go, Wayne Manor can’t hold a candle to the X-Men’s Xavier’s School For Gifted Youngsters. Also known as the X-Mansion and Xavier Institute for Higher Learning, this Westchester County, New York manor house has been in the Xavier family for generations.

Today it is both the headquarters and training ground for current and future X-Men: the only learning establishment where your teachers are likely to include Wolverine and Nightcrawler.

If I could pick one location on this list to claim as my own, it would be Tracy Island from the classic Gerry Anderson 1960s TV series, Thunderbirds. The secret headquarters of International Rescue, the palmtree-lined tropical island hideaway looked like the best holiday resort ever — and that was before you caught a glimpse of the giant rocket hidden under the swimming pool.

Marvel Comics has always been great at cranking out the kind of superhero headquarters that would have other comic characters turning green with envy. Given the celebrity status of its inhabitants, The Fantastic Four, the Baxter Building is the antithesis of a secret lair. Located at 42nd Street and Madison Avenue in New York City, the top five floors of the 35-story tower block are used to house the Fantastic Four’s headquarters.

With everything from extensive lab space, to rocket launch sites, to art deco relaxation areas, it’s the Google HQ that Google never had.

Sure, Dexter's Laboratory was a kid’s cartoon, but is there anyone out there who didn’t dream of having a fully equipped high tech lab hidden at the back of their bedroom? From shrink rays and super intelligence caps, to crime-fighting canine androids and giant robots, Dexter built all this and more with a seemingly endless budget and more floor space than Jeff Bezos can dream of. The kitsch, retro vibe just serves to make this lair all the better.

Could have done with improved anti-sister locks on the doors, though.

Austin Powers’ arch-nemesis Dr. Evil gets a place on this list for the sheer variety of his evil lairs over the years. At various times occupying a lunar base, personalized sub, Blofeld-style extinct volcano, and sinister HQ hidden behind the Hollywood sign, Dr. Evil’s constantly-rotating assortment of villainous HQs no doubt made some architects and contract builders very, very rich indeed. Before they were unceremoniously offed for failing to provide sharks with laser beams on their heads.

A possible allusion to Superman’s Fortress of Solitude, Dr. Manhattan’s mechanical cathedral on Mars is not only one of the most brain-searingly unforgettable images in Watchmen, a comic that is never anything less than memorable — it’s one of the most stunning hideaways seen anywhere. It might be a visual representation of Dr. Manhattan’s melancholy and loneliness, but it’s also a dope crib, yo!

How do you create a list like this without paying homage to Star Wars’ iconic Death Star? The mother of all evil lairs, this Empire production looks the kind of thing that Google would be sure to build were it ever to expand its headquarters into space.

Not only is it as sleekly minimalist as the best Apple product, it possesses planet-obliterating power that is nothing short of extraordinary. That easily-destructible exhaust shaft though? How it made it past quality control I will never know! 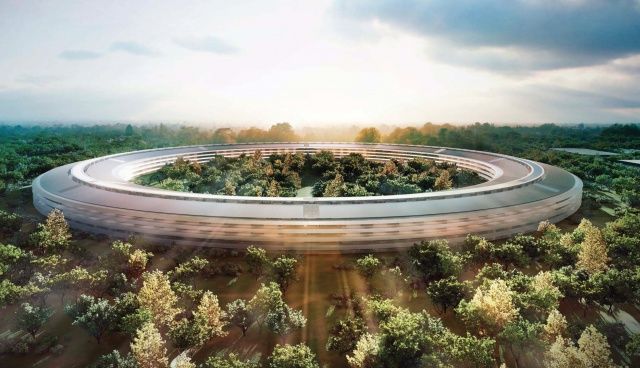 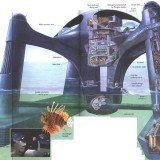 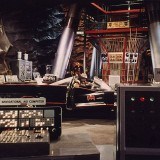 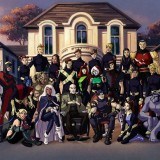 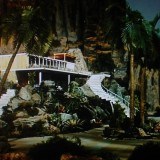 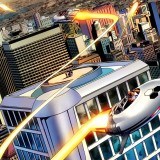 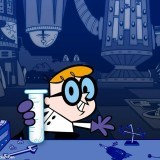 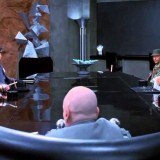 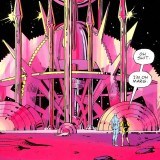 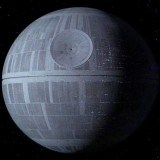 Capullo’s art continues to shine. And make you scratch your head. And shine.

Never in its many incarnations has the Animal Man mythos been this fascinating.

Refreshing in its choices. Miles Morales is not Peter Parker.

Hickman is in pure form. A science-fiction Western? YES. The Four Horsemen of the Apocalypse running around and kicking semi-righteous ass? Also YES.

It keeps getting more bizarre and funny and Rob Guillory’s art continues to shine. Also, you can’t argue with a comic that continues to make up increasingly awesome food-related superpowers.

A worthy follow-up to Origin. A pre-Wolverine Logan is sooooo ANGRY. And sad. And tragic. There’s a spread in Issue #4 that made some of us go “NO!” AND “YES!” at the same time.

In the future, powerful families rule instead of governments or corporations. One genetically engineered member of the family kicks the asses of anyone the family decides needs it. Awesome.

It’s still hilarious. Like they say, it’s “The Hobbit meets The Hangover.”

We know this is more than 10, but we added this cuz she is bad ass. Period.

When we’re looking for comics in our local nerd den, we’re often overwhelmed by the quantity of new titles each week. That’s not even counting the back issues and collected series in trade paperback format.

So we asked some of the most alpha nerds we know: the folks at Industrial Toys, a game development team (Midnight Star) with a who’s-who pedigree in geek. There’s CEO Alex Seropian, the co-founder of Bungie games (Marathon, Halo), Tim Harris, part owner of Alley Cat Comics in Chicago, John Scalzi, best-selling science fiction author, and Mike Choi, a veteran comic book artist in his own right.

Harris and Seropian, along with art director Aaron Marroquin and senior graphic designer Sarah Chiappetta, chimed in to our request with the comic books that they think are the best in the bin.