Get ready to watch the epic slow burn in the official trailer for the upcoming conclusion to Rocksteady’s Arkham video game series, Batman: Arkham Knight. Scarecrow is uniting all of Batman’s enemies — Penguin, Two-Face, the Riddler, Harley Quinn, Poison, Ivy, and the Arkham Knight — to take Gotham City and take down The Bat.

Sure, there’s a little bit of Bane-like incomprehensibility in the Scarecrow’s voice-over, and (barring a miracle) the Joker won’t be in town this time around, but this game is looking pretty amazing. The in-game shots of Batman plunging down the skyscrapers of Gotham City, the brutal combat animations, and the just plain high-resolution glory of the fictional city and it’s lone hero make us want to play Batman: Arkham Knight right now.

END_OF_DOCUMENT_TOKEN_TO_BE_REPLACED

Older games that we all loved and played relentlessly as kids tend to disappear as the old operating systems that we played them on are sent out to pasture.

The Internet Archive, a free library of millions of free books, movies, websites, and other media, has also archived thousands of older MS_DOS games, like Maniac Mansion, Prince of Persia, and–yes–Oregon Trail, and has given us all access to them for free.

Turns out, you can still get dysentery while traveling to Oregon, even if you haven’t kept your old PC or Mac to play the seminal educational game on.

“The collection includes action, strategy, adventure and other unique genres of game and entertainment software,” writes Jason Scott, the Software Librarian for the Internet Archive. “Through the use of the EM-DOSBOX in-browser emulator, these programs are bootable and playable.”

END_OF_DOCUMENT_TOKEN_TO_BE_REPLACED

In George R.R. Martin’s Song of Ice and Fire series, anyone can play the Game of Thrones, including little-known House Forrester.

Telltale Games, the house behind video gaming hits like The Wolf Among Us and The Walking Dead, have brought this more obscure Westeros family to the forefront of a brand-new game set in Martin’s Game of Thrones universe, and it looks delightfully dramatic.

Check out the trailer below, which includes some fine voicework from Natalie Dormer and Peter Dinklage as their respective characters from the show, wily Margaery Tyrell and diminutive Tyrion Lannister.

END_OF_DOCUMENT_TOKEN_TO_BE_REPLACED
FULLSCREEN
Not every video game that ties into a blockbuster movie has to be crap, destined to fill the bargain bins of your local electronics store. There are a surprising number of quality titles based on movies that belie the rather common conception of movie video games as fodder for kids and bargain hunters alike.

As we wait for Jurassic World to end up on the silver screen (with an appropriately awful tie-in video game likely to surface), here’s a list of the good ones: ten of the best film-based video game spin offs from the last couple of decades.

Photo: Telltale Games
This delightfully colorful video game had kids throwing apples and leaping across dangerous bazaar stalls to re-enact some of the crazy scenes from the Disney animated movie of the same name. The title blended some Prince of Persia gameplay with the easy-on-the-eyes color palette of the Disney hit to create a very playable video game experience.
Here's one of the only video game adaptations of Marvel’s web-slinger that actually captures the true joy of swinging from rooftop to rooftop in New York. Sure, the side missions are a bit repetitive, and it took some grinding to get to new story chapters, but this Activision title is worth seeking out just for the city roaming alone.

Photo: Activision
This game was less tie-in and more franchise-based, but it surely brought the braininess of the original story — full of political and social intrigue — to the forefront, rather than sticking with David Lynch’s weird adaptation for the silver screen. You get to build the army of one of the three houses from Herbert’s sci-fi epic, and then command and conquer the rest of desert planet Arrakis.

Photo: Virgin Interactive
Perhaps the only Bond game worth noting, GoldenEye holds a special place in every gamer's heart from the era. While the graphics are dated beyond belief at this point, GoldenEye might be that one game that introduced everyone to the idea of multiplayer death matches in style.

Photo: Nintendo
Strangely compelling, this pixel-based spin-off from the celluloid film of the same name had bargain-bin written all over it. Until you played the game and realized that it was a challenging, well-conceived romp through the jungles where a giant ape can fight a big old T-Rex. Hats off to Ubisoft for making something good out of something that could have been absolutely awful and still have sold some copies.

Photo: Ubisoft
Sure, this is mainly a kids’ game, but being able to beat up other martial arts animals while controlling a giant panda is one of the great joys in life. The animation is fantastic, as should any video game based on a Dreamworks animated feature, and the difficulty curve ramps up nicely as you progress through the game. It’s a fantastic time with younger nieces or nephews who really shouldn’t watch you own noobs in Call of Duty.

Photo: Activision
Also available on Mac and Windows, Lego Star Wars: The Complete Saga launched an entire series of games that took the concept of toy bricks re-enacting entire genre movies to a whole new level. You'll thrill and laugh as you guide all your favorite Star Wars characters from all six films through their respective storylines, with a large does of humor thrown in for good measure.

Photo: Traveler's Tales
Just because it's a kids game doesn't make Virgin Interactive's The Lion King any less compelling, especially when it came out in the early ‘90s. You’ll get to leap, run, dash, roar, and attack Simba’s enemies at each stage of this fun game on the Sega Genesis or Super NES. This one came out at the height of the 16-bit revolution and just hows off the fun to be had with a simple side-scroller themed with the hit movie’s lions.

Photo: Virgin Interactive
I have to be honest: the movie this game is based on is one of the two films I've ever walked out on in my life. I just hated it when I saw it in the theater. Imagine my surprise, then, when the reviews of the game came out that said what a masterpiece it was. Vivendi Games somehow created a stealth-based video game (with Vin Diesel's help, we hear) that transcended its own source material. Hooray!

Photo: Vivendi Games
While Disney's movie Tron doesn't quite hold up these days, what with its rudimentary green screen and awkwardly tight LED unitards, the video game still holds a special charm for those of us who remember how cool it was to launch our light bikes across the master computer grid while feeding quarter after quarter into the hungry machines at the local arcade. It's like the movie was made to be a video game, or something. 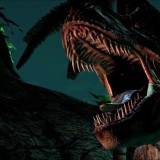 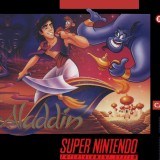 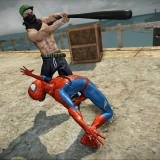 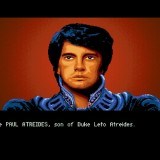 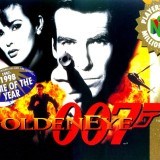 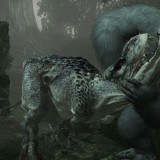 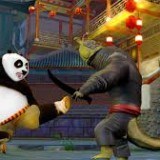 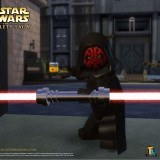 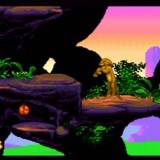 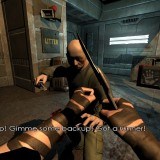 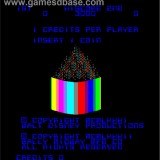 If you’ve been alive in the past fifty years or so, you’ve played a video game. It’s a primarily visual art form that uses current-day technologies to provide ever-evolving gaming experiences across generations.

This new series of short, ten-minute videos written and produced by Stuart Brown aim to take a closer look at the evolution of video game graphics, from the simple monochromatic lines of Pong to the incredibly rich and detailed photo realism of today’s games like Crysis, Destiny, and Far Cry 4.

“Graphics are absolutely important,” says Brown in the fifth and final video. “They are an essential part of video games. A window into another world and a prime indicator of the technology that powers it.”

Check out the first two installments below.

SEATTLE, Washington – Walk into a comic shop, and you’ll probably see titles from publisher Dark Horse Comics. Known for its creator-owned series like Mike Mignola’s Hellboy and Sergio Aragonés’ Groo the Wanderer as well as television and movie adaptations like Buffy the Vampire Slayer or 300, the comic book publisher has a booth at the Penny Arcade Expo this weekend in Seattle to show off a different genre of comic.

The booth at the Washington State Convention Center in is full of video game-themed books of all stripe, from Mass Effect and Tomb Raider single-issue comics to larger, coffee table volumes like Hyrule Historia, which is chock full of the lore of The Legend of Zelda, and The Art of Naughty Dog, an art book that focuses on the popular game developer’s artistic output.

Dave Marshall says that video game books are the third pillar in the Dark Horse publishing strategy, and have become just as valuable a content stream as the creator-owned or media-based titles.

“We get the original writers and artists from the video games themselves to actually write or consult on these books,” he told us at the Dark Horse booth Saturday morning, “so we can come to the fans at a deeper level than just a crummy tie-in or cash grab.”

END_OF_DOCUMENT_TOKEN_TO_BE_REPLACED

SEATTLE, Washington – Together: Amna & Saif puts you and another player on the same screen, controlling a mother and son duo of characters to solve various environmental puzzles. It’s a “couch co-op adventure puzzle game” that requires you to talk, interact, and think with another human being.

Lead designer Lyle Cox told us that he’s always wanted to make a game that benefits society in some way. “My hope is that people who play the game,” he said, “get some benefit to their relationship for having done so.”

END_OF_DOCUMENT_TOKEN_TO_BE_REPLACED

We’ve all heard it: “Turn that TV off or I’m gonna take it and toss it out the g*dd*mn window.” Chances are, if you’re a parent, you’ve even said such a thing (I know I have).

That’s why after repeated watchings we just had to share this viral video from YouTuber McJuggerNuggets about a crazy family with a dad that resorts to mowing down his layabout son’s video game collection to intimidate the kid into getting a job.

Check out this NSFW video (F-bombs galore) below and you’ll be as hooked on the uncomfortable family drama as we are. 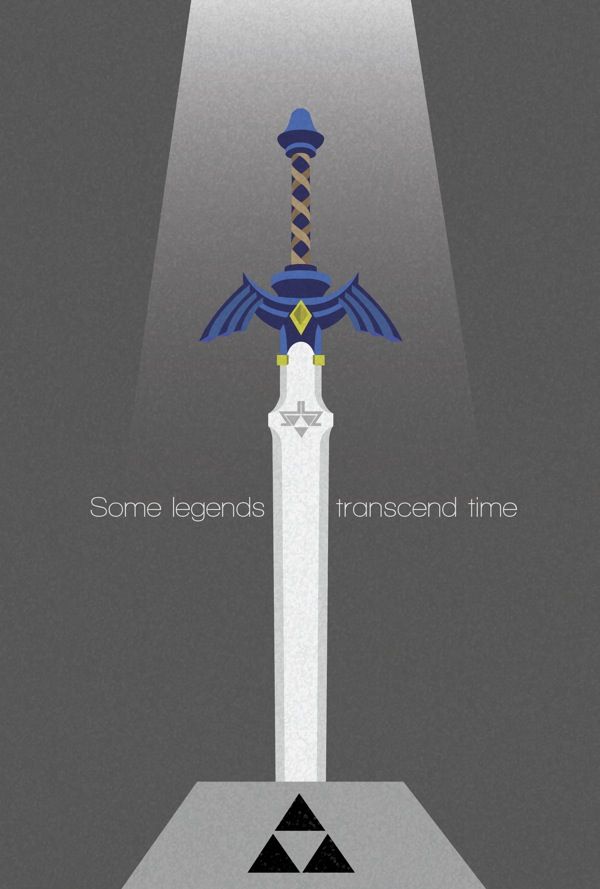 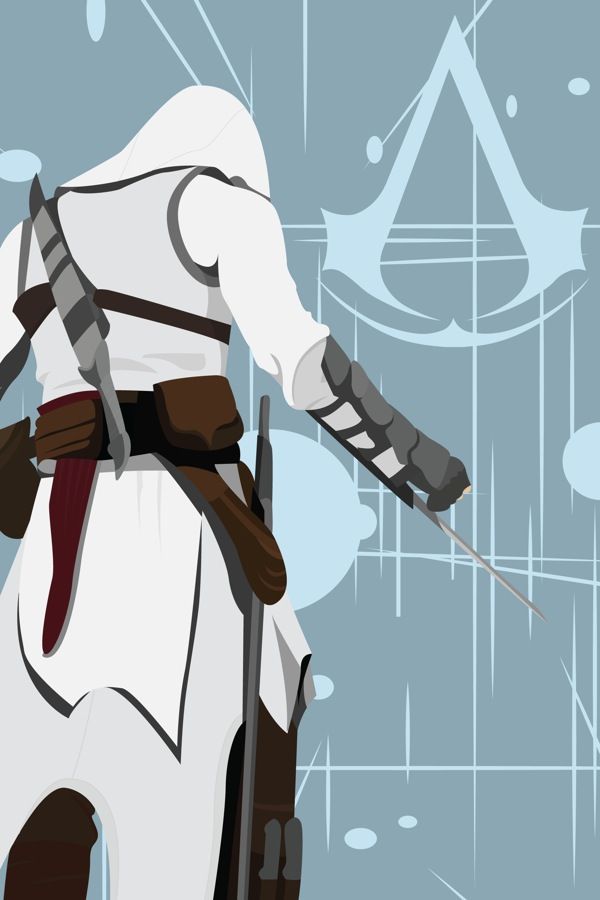 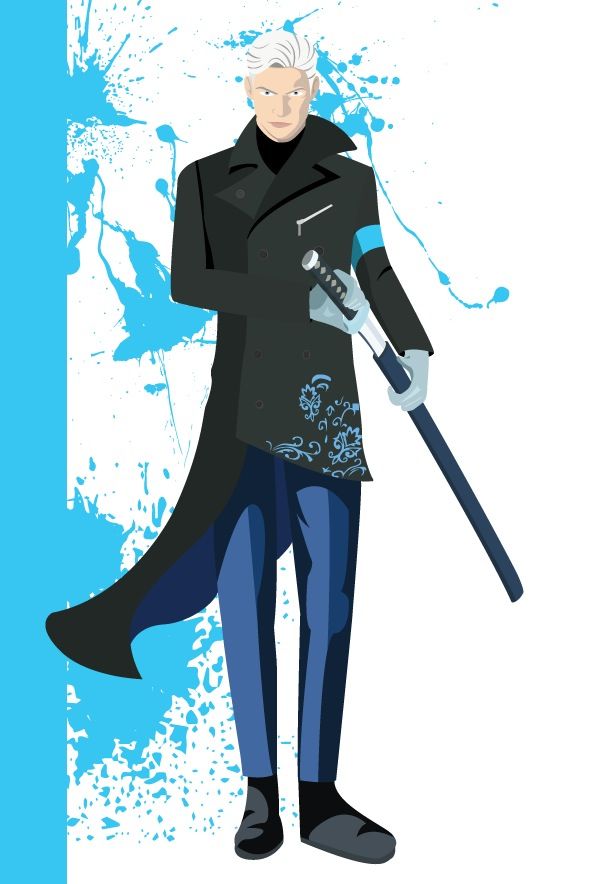 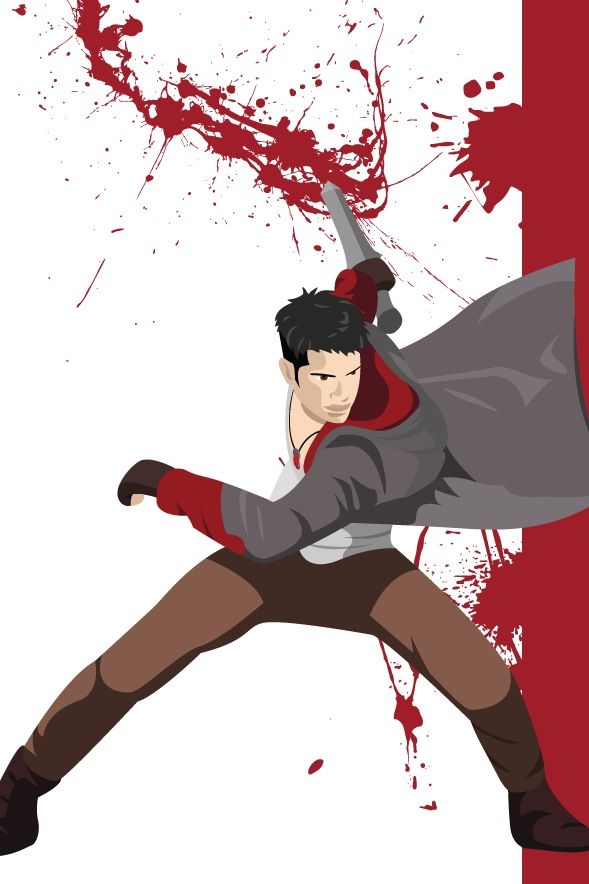 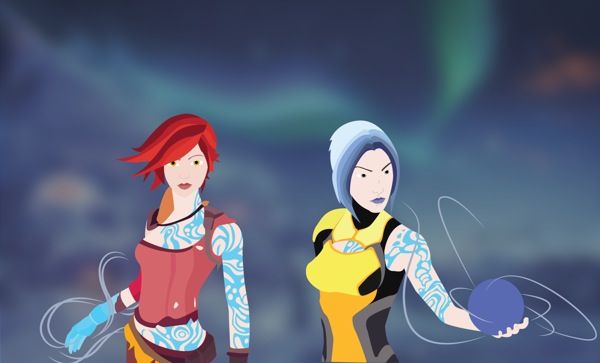 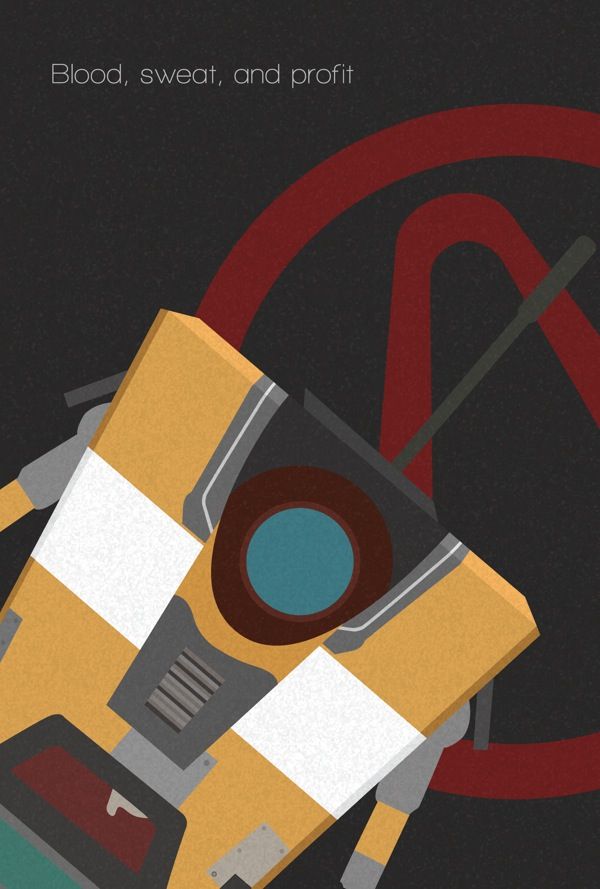 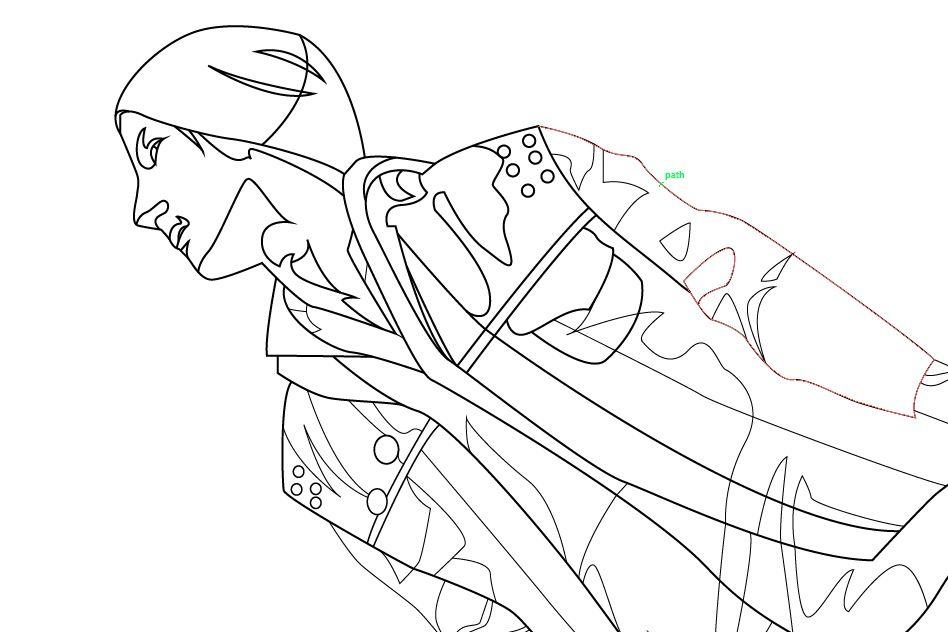 Robert Pfaff is a young illustrator living in Michigan. He’s also a hard-core gamer with a love for all things pixellated, so he decided to combine both passions together and create this amazingly evocative set of digital artwork.

We found his work to be compelling, so asked Pfaff to choose his favorites and tell us a little about what they meant to him.

Pfaff is thinking about printing and selling his work on posters; if you’d like to encourage him, be sure to visit his artist page on Adobe’s portfolio site, Behance.