Nerds and geeks alike are satirized and celebrated in CBS’s hit television show The Big Bang Theory, which has aired since 2007.

The very same intelligent kids that the show lionizes will now have a chance to study science, technology, engineering, and math (STEM) subjects at UCLA, thanks to a new endowmnent from show co-creator Chuck Lorre and some of the cast and crew of the show.

Talk about putting your money where your mouth is. Maybe one of the recipients will become the next Steve Wozniak or Bill Gates.

END_OF_DOCUMENT_TOKEN_TO_BE_REPLACED

This week: ok sure, Apple may have forever shelved plans for a proper television, but reports of a souped-up Apple TV debuting at WWDC will make you forget all that. Plus: the good stuff in Apple’s first Watch update; new Macbook Pros and iMacs get faster specs and bigger price tags; and Steve Jobs teaches bad actors a lesson they shan’t forget.

Our thanks to Squarespace for supporting this episode. Squarespace 7 is live, and it’s their biggest update in years. Now building a beautiful website is faster and easier than ever. Learn more at Squarespace.com/seven and use code “CultCast” at checkout for 10% off any order.

END_OF_DOCUMENT_TOKEN_TO_BE_REPLACED

You know nothin’, Jon Snow. Especially how much more full of shifting alliances and intrigue The Wars of the Roses was than your epic television series is able to show. Game of Thrones superfans may already know that 15th-century England inspired much of the structure of George R. R. Martin’s overarching book series, but having it all laid out — lovely animations and visuals to support the historical information — is our first exposure to that fact.

The short animated video, written by Alex Gendler and animated by Brett Underhill, even illustrates how Game of Thrones matches directly to historical facts with some fun Pop-Up Video-style flourishes. You’ll love it.

END_OF_DOCUMENT_TOKEN_TO_BE_REPLACED

Seeing Kara Zor-El finally embrace her amazing Kryptonian powers in this trailer for the upcoming CBS television series Supergirl is an eye-welling moment of pure awesomeness for men and women alike who appreciate the Super myths from DC Comics.

Watching her bumble her way through cheesy, flirty moments as the gopher for media conglomerate owner Cat Grant (played by Calista Flockhart) and giggling through her scenes with beefcake James Olson, however, is a cheesiness that rivals some of the worst of Smallville, so color us warily excited. Check out the trailer and make up your own mind.

END_OF_DOCUMENT_TOKEN_TO_BE_REPLACED

What can he say? Kermit is attracted to pigs.

In the one-camera mockumentary style made popular by both versions of The Office, The Muppets are poised to take over ABC this year as they star in their first TV series since their original show back in the mid-1970s.

Take a look at this hilarious, witty trailer for the upcoming show, complete with an absent-minded Miss Piggy and a world-weary yet optimistic Kermit the Frog along with a cast of familiar and new characters.

The trailer pokes fun at the new format of the show along with the Muppets themselves–it’s worth a watch.

END_OF_DOCUMENT_TOKEN_TO_BE_REPLACED

A lot of TV happens every day, and it’s understandable if you can’t watch all of it. Maybe you have a job or read or something. But now, the holidays have given you the gift of several days off with nothing to do but open presents, eat and watch television, so you might as well make up for lost time.

Here are five TV shows you should cram into your face like so much Christmas goose before you have to go back to work.

END_OF_DOCUMENT_TOKEN_TO_BE_REPLACED

Overall, this final episode is slow and sweetly-paced, funneling down from the crazy, too-many-characters and plot lines of the past several seasons to a gentle, musing (and ultimately narratively safe) tale of people trying to find themselves and growing up in the process.

Luckily, since this is TV, they all eventually do. Hoyt and Jessica, Jason and Bridgette, and — of course — Bill and Sookie all find their own version of a happy ending, with very few surprises along the way; it’s a very safe finish to seven seasons of fangbangery.

As always, spoilers ahead. So keep reading at your own peril.

Following the success of movies like The Avengers and Guardians of the Galaxy, and TV hits like Arrow and The Walking Dead, we're suddenly seeing a host of comic-book-based shows in development for the upcoming television seasons.

Whether it's the sure bet of Gotham (which takes a backward glance at Batman's famous city) or more-obscure fodder like iZombie (in which a young Veronica Mars-type character eats brains), many cable and broadcast networks are getting into the act.

We're lucky to live in what's truly a golden age of comic book media. Here are the upcoming comic book shows we're looking forward to most.

The Flash is a direct spinoff from The CW’s surprisingly better-than-expected Arrow (which is based on DC Comics character Green Arrow). The Flash will focus on the fastest man alive and his struggles to control his mystical Speed Force powers, plus the guy from Ed is in it — yes!

There’s nothing better in comics than a good origin story, and The Flash's is pretty fun. The show debuts Oct. 7 on The CW.

Constantine is based on the long-running Vertigo comics series Hellblazer. First appearing in Alan Moore’s Swamp Thing back in 1985, the character of John Constantine has evolved over a stellar print run, with a huge cast of authors and illustrators leaving their own marks on the character.

We’re hoping the television version of JC will retain much of the character's arrogance, sarcasm and substance abuse. Constantine debuts Oct. 24 on NBC.

Brian Michael Bendis' Powers is one of our favorite comics to read, as it offers a fresh perspective on the superhero genre. Christian Walker and Deena Pilgrim are quintessential homicide detectives, only they investigate crimes committed by people with extra-human abilities. It's like Law & Order: Superpowers.

Here’s hoping Sony Pictures Television takes this one seriously and really digs into the grime of the comic book's storylines when it streams the show on PlayStation Network his December (it's slated to be PlayStation’s first original series).

It's 1946, and Strategic Scientific Reserve agent Peggy Carter must balance her office work with the secret stuff she does for Iron Man's dad Howard Stark. This spinoff of Marvel's Agents of S.H.I.E.L.D. got started as a one-shot special that came bundled with the Iron Man 3 home movie release.

Agent Carter garnered enough interest to warrant its own show, which will air on ABC starting in January 2015 and be helmed by some of the big Marvel movie directors.

Another safe bet here is Fox’s Gotham, a look at the city that birthed the Batman. This is a prequel of sorts, with a focus on Detective Gordon long before he becomes police commissioner.

Gotham looks to be cut from the same cloth as Marvel's Agents of S.H.I.E.L.D., with most of the superhero stuff on the sidelines (making things much more television-friendly in terms of budget). While we're kind of over all things Bat, this could turn out to be the sleeper hit of the season — we’re willing to keep an open mind until it debuts Sept. 22 on Fox.

Preacher, based on the ultra-violent and incredibly profane comic book series from Garth Ennis and Steve Dillon at Vertigo, is a not-so-safe bet. That’s why we’re super-glad that AMC (The Walking Dead) has picked up this amazing look at American culture and its obsession with big guns, Christianity and hyper-masculinity, all filtered through a Texas setting. The show reportedly will debut in 2015.

Veronica Mars' Rob Thomas has taken on another powerful teen female show with iZombie, loosely based on the Vertigo imprint of the same name. Starring Tinkerbell from ABC's Once Upon a Time, the show will look at what it takes to be a young zombie. The Eisner Award-winning comic should prove to be a great live-action show, if the CW doesn’t totally soft-focus everything. The show is expected to debut during the 2014-15 season.

Thank the gods for Netflix, which has corralled a bunch of Marvel characters — including Daredevil, Luke Cage, Iron Fist and The Defenders — to create original programming. While many of these are second- or third-tier characters, Daredevil is a personal favorite of mine; a good TV show could go a long way toward rinsing out the bad taste left in our mouths by that Affleck-powered movie a while back.

Daredevil is penciled in for a May 2015 release, with all 13 episodes being unleashed by the streaming service at once like a gang of Hell's Kitchen hoods.

The League of Extraordinary Gentlemen movie put us to sleep when it came out in 2003. Alan Moore's comic book, which began in 1999 and continues to this day, should be a fantastic story engine, since it ties into many fictional heroes and villains from the past, like Allan Quatermain, Dr. Jekyll and Mr. Hyde, The Invisible Man and Captain Nemo.

Fox is reportedly working on a League of Extraordinary Gentlemen pilot. If done right, Fox could walk away being the first Alan Moore adaptation the famously cranky writer ever likes. 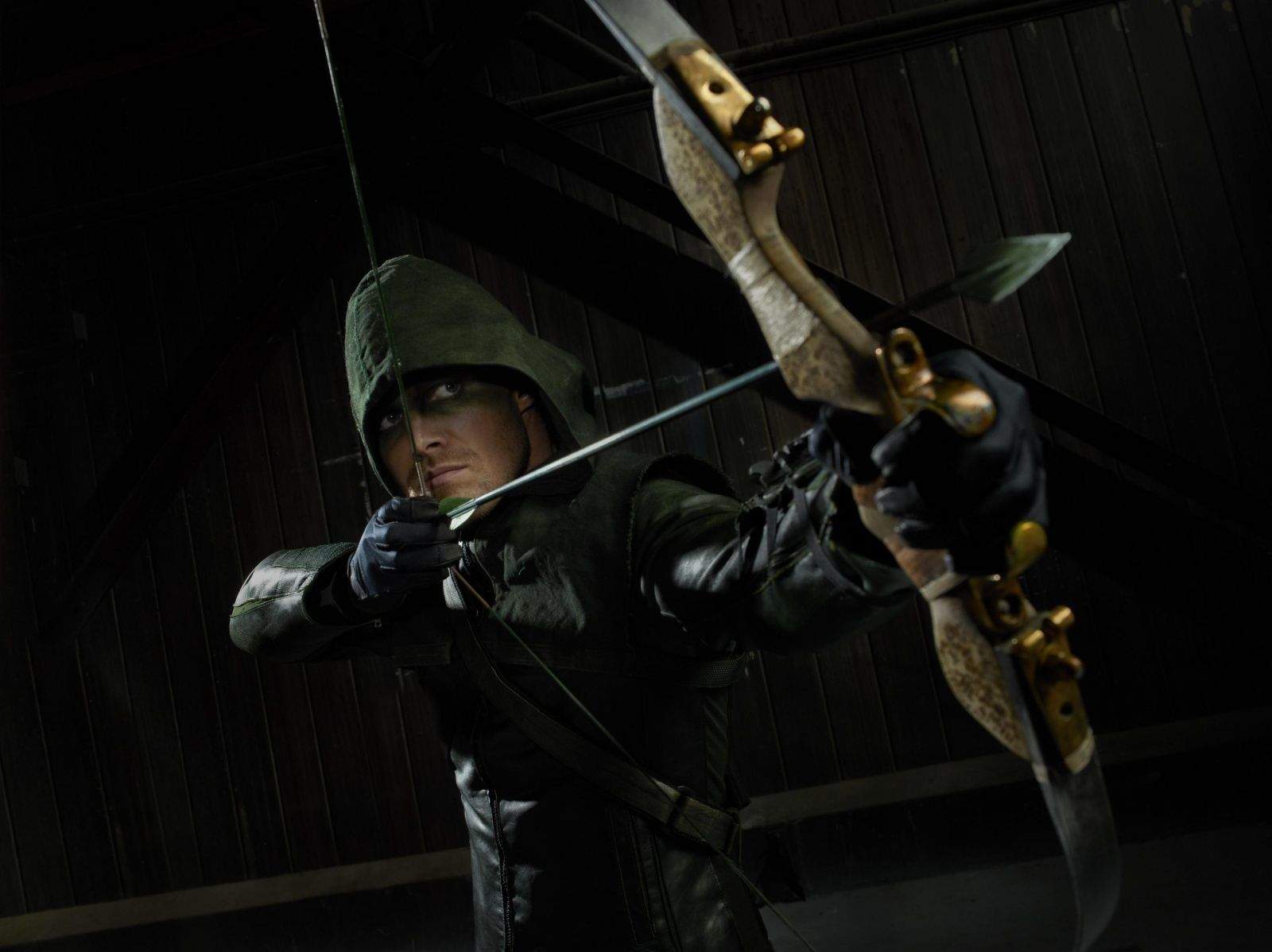 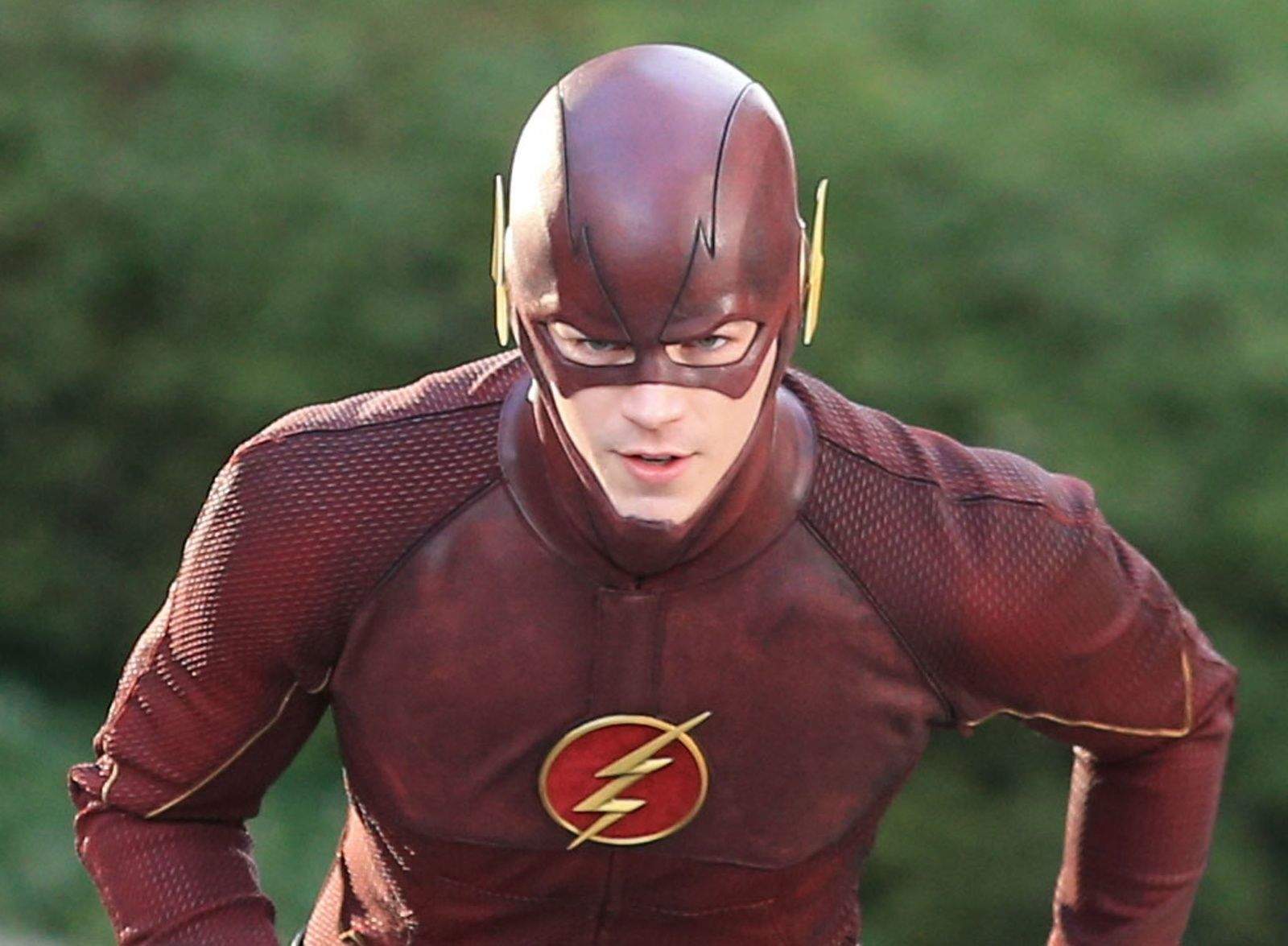 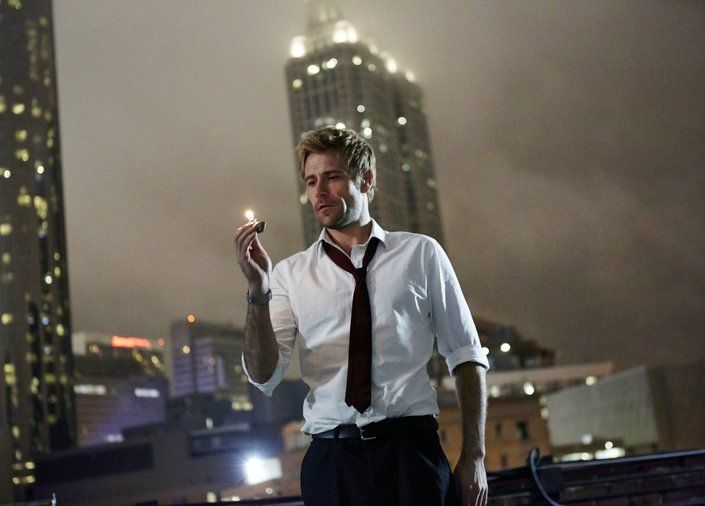 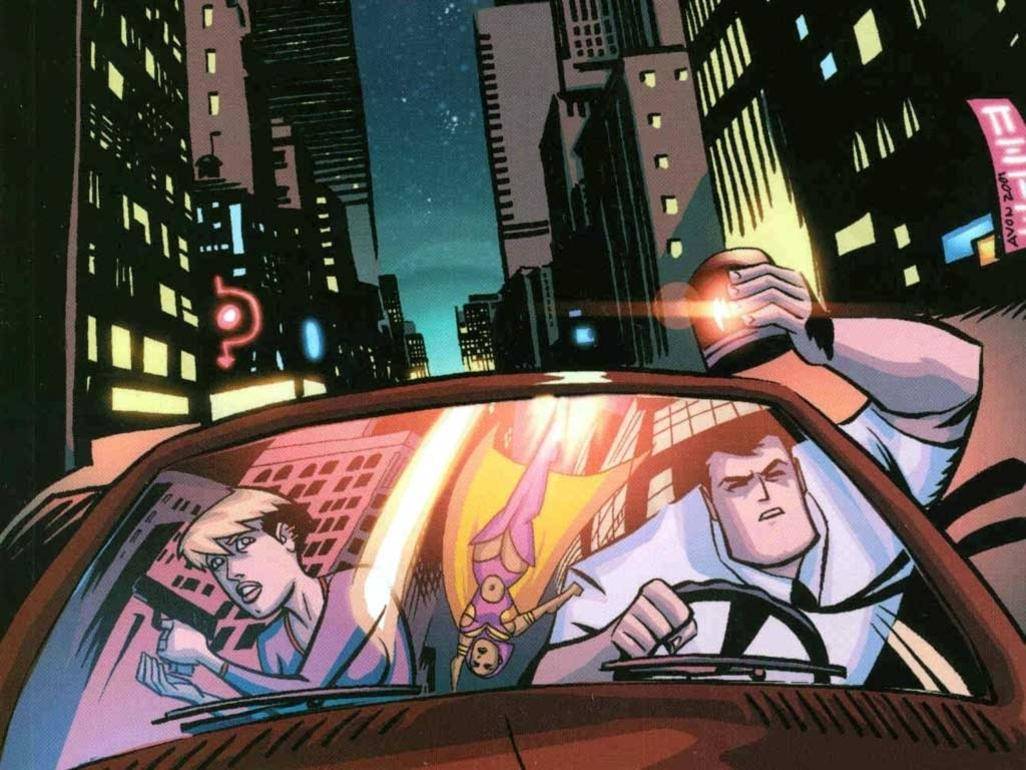 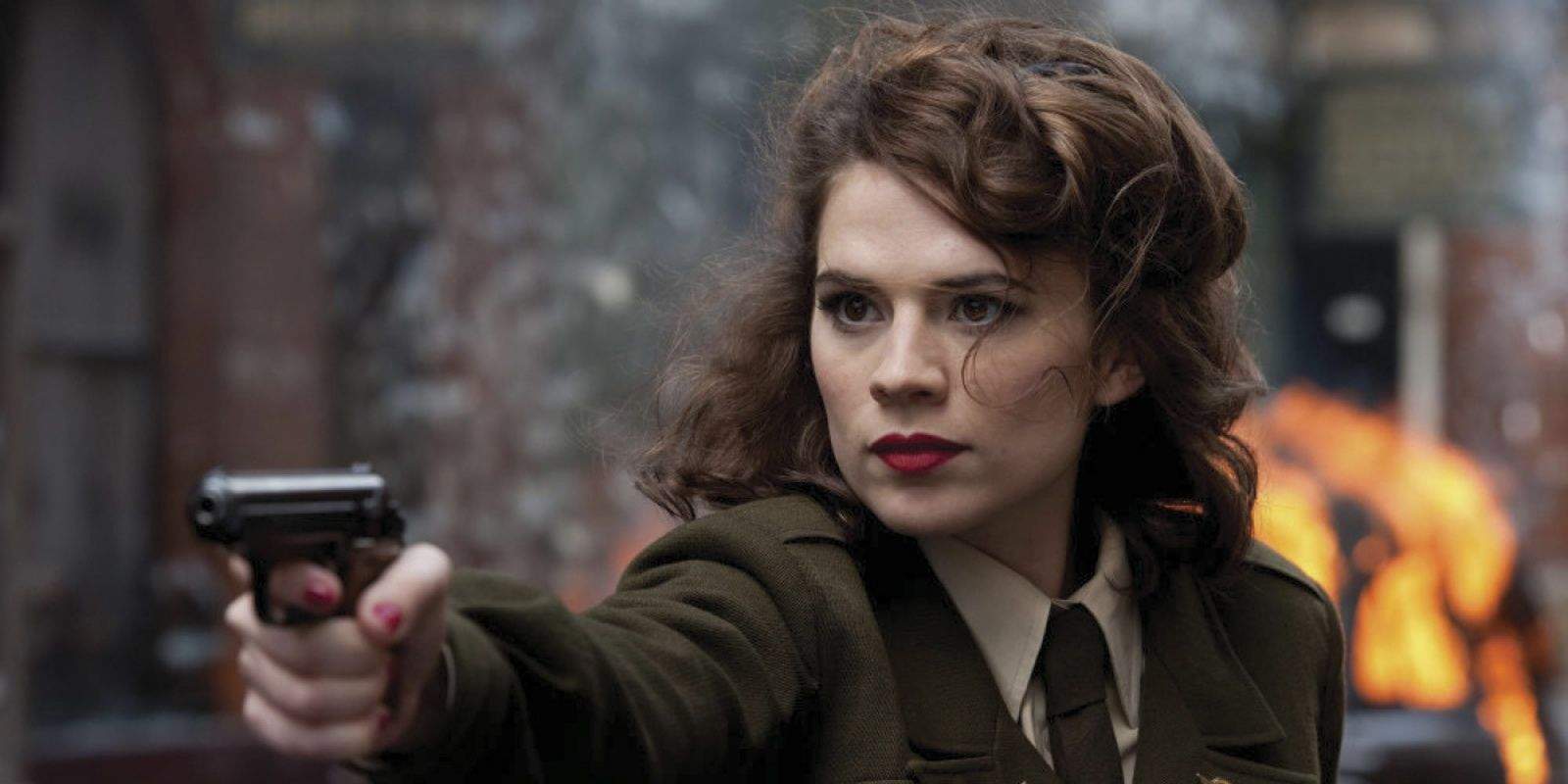 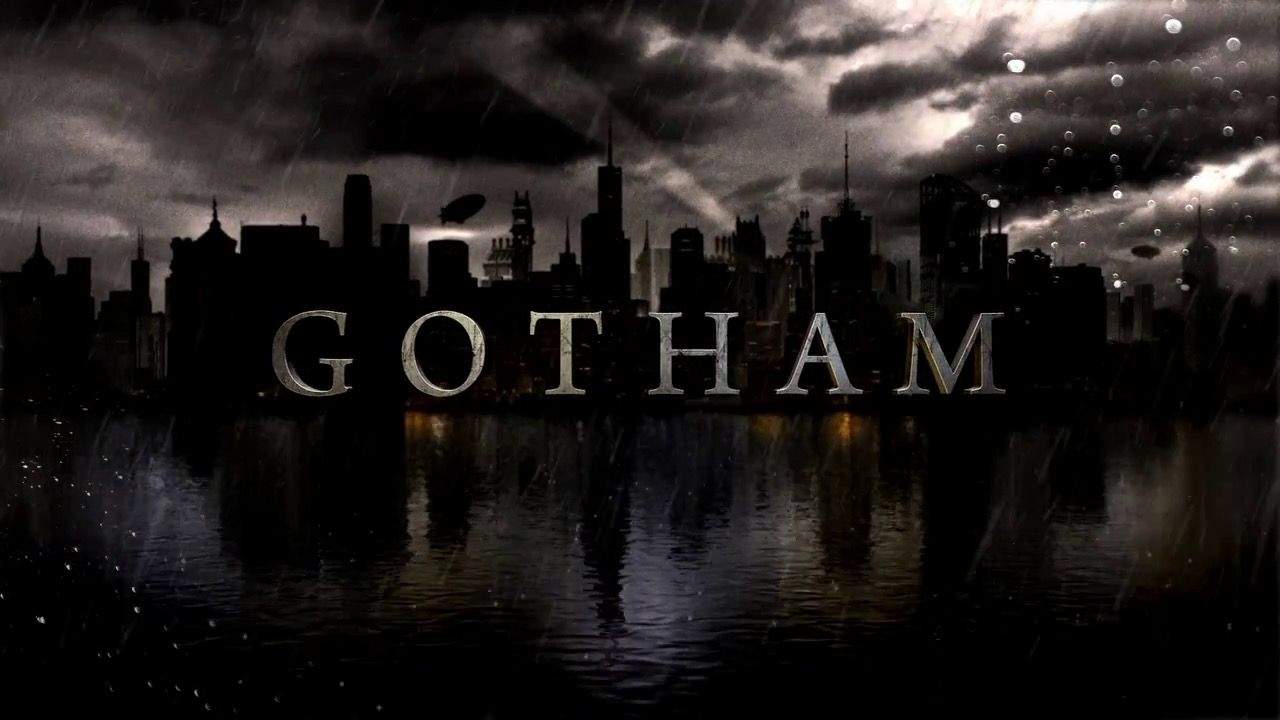 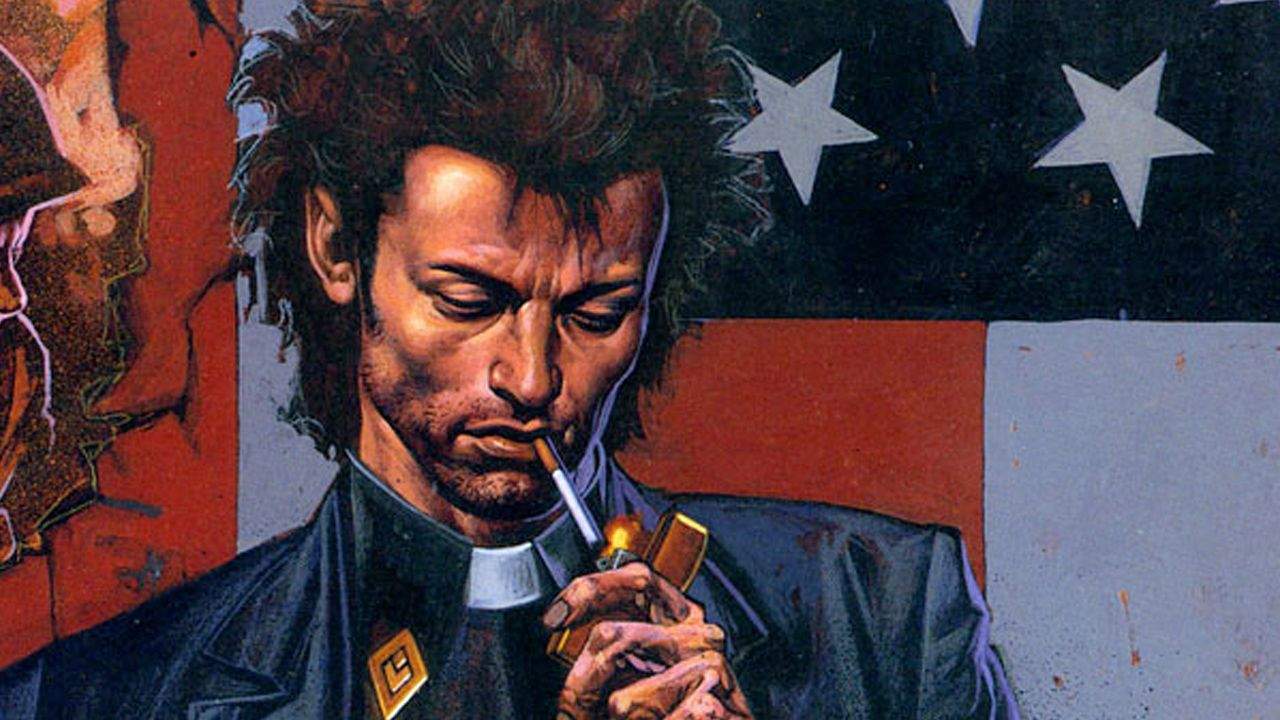 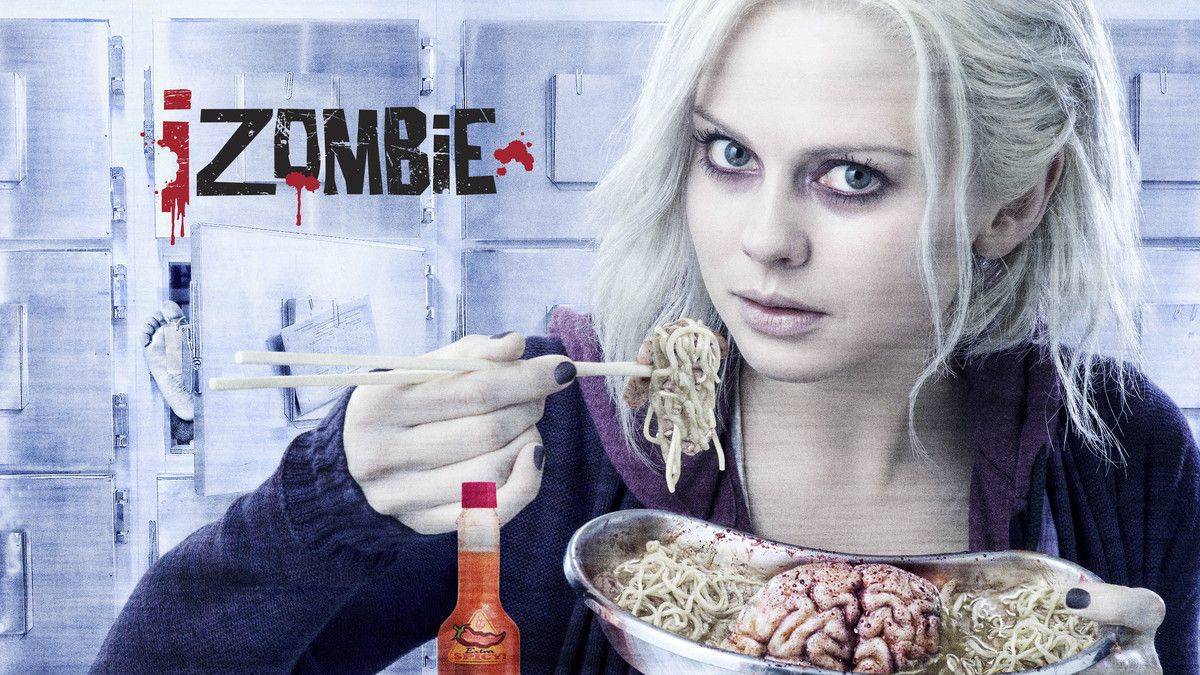 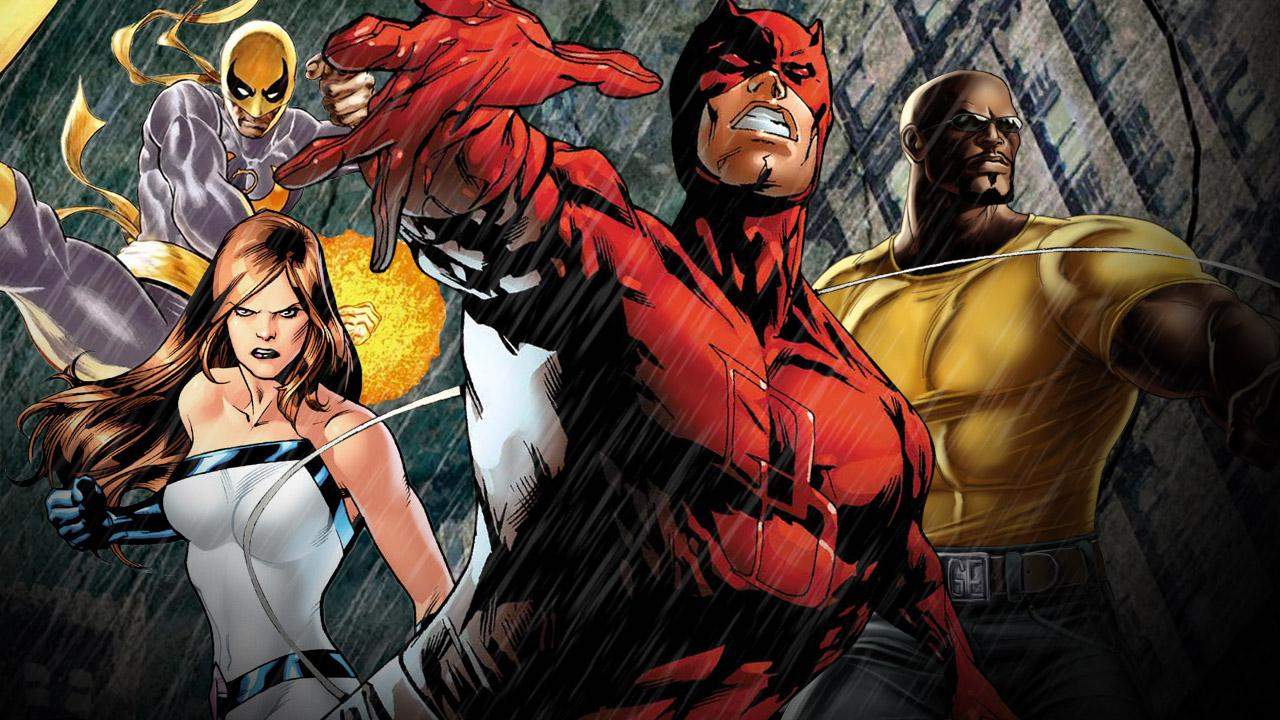 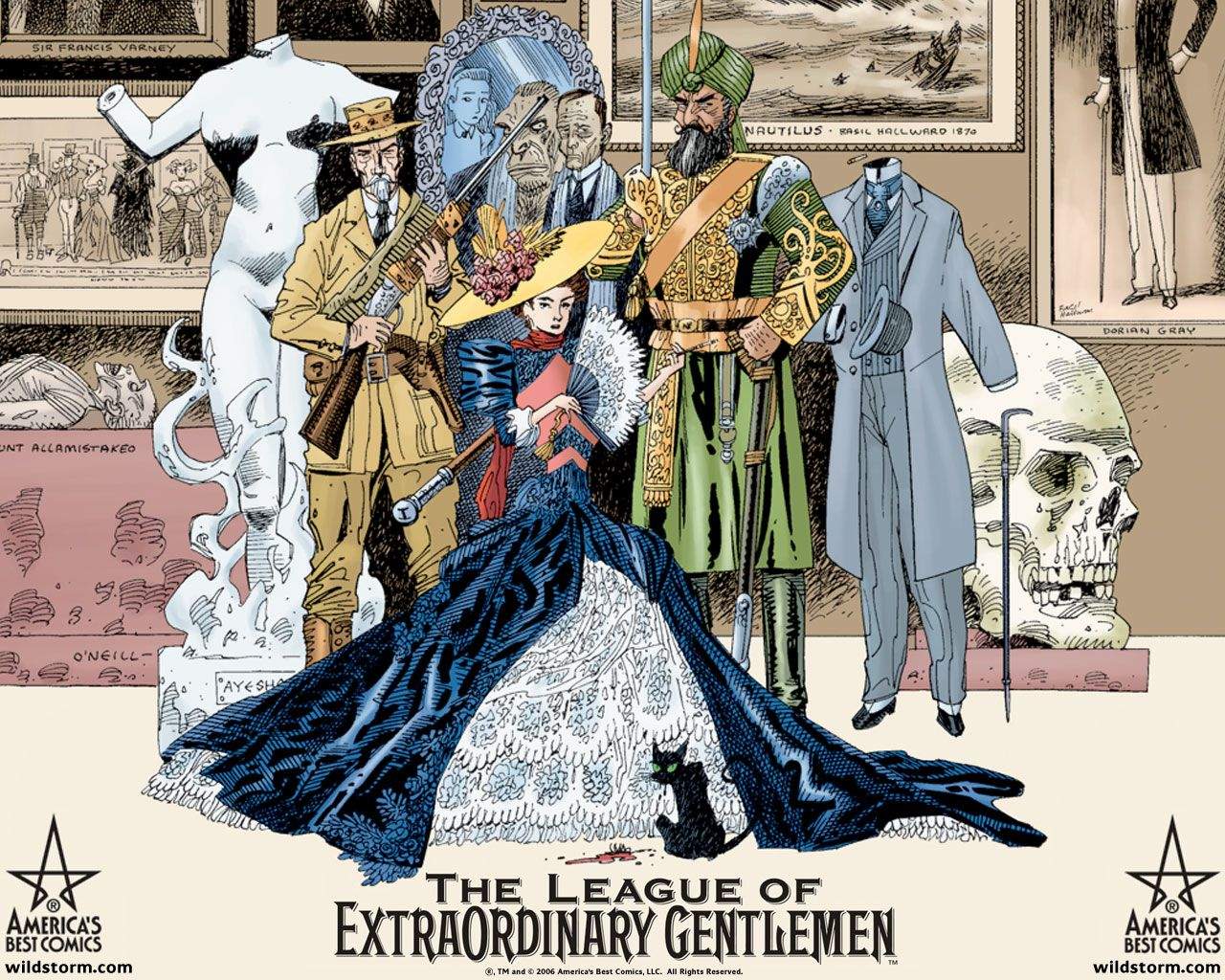 The official BBC One Twitter account had a surprise for fans of its hit show Sherlock Wednesday with a tease that the oft-delayed series about a modern Sherlock Holmes and his faithful sidekick John Watson will be returning.

"Miss me?" #Sherlock, the hit @BBCOne drama, will return for a Special, followed by a series of three new episodes. #221back

END_OF_DOCUMENT_TOKEN_TO_BE_REPLACED

As a huge fan of Vertigo Comics’ Hellblazer, about hard-bitten wise-cracking paranormal detective John Constantine, I’m warily excited about the upcoming TV series on NBC. Wary because of the totally off-base movie of the same name. Excited because, well, it looks like they got a bunch of things about the character and universe in which he lives “right.”

“I think as with the source material,” says series lead Matt Ryan in an interview with IGN, “there’s so much to draw from in terms of the character and the balance of humor and wit and dark and gritty. It’s great, because John has this kind of real sarcastic, ironic British wit. It’s funny, but at the same time it’s serious and dark and gritty. It’s got it all, I think.”

At first glance, the trailer (below) looks like the show creators understand more of the character than the 2005 movie starring Keanu Reeves ever did, including emo angels, a world-weary John Constantine and his famous trench coat.