Some phones, and some old iPods — the clip-on Nano, for example — have real radio receivers built in. They can pick up over-the-air AM and FM waves, and play them, just like you were in a car from the olden days. The iPhone and iPad, though, have never had working radio tuners. But thanks to internet streaming, it doesn’t matter. You can listen to live radio anywhere, using an app.

Today we’ll see one super-simple app that works a lot like an old radio, and another app that I don’t really like, but that does pretty much anything you could want in a radio-streaming app.

END_OF_DOCUMENT_TOKEN_TO_BE_REPLACED

Spring has sprung, and there’s a whole bunch of new Apple Watch bands to celebrate. They sport “vibrant colors and unique designs,” Apple says — and they’ll be available to purchase from select stores and carriers around the world later this month.

END_OF_DOCUMENT_TOKEN_TO_BE_REPLACED

When you want to keep an eye on multiple games at the same time, you need ESPN’s updated tvOS app.

Thanks to a new feature called MultiCast, you can enjoy up to four live streams simultaneously from across all of the network’s programming options on your Apple TV.

END_OF_DOCUMENT_TOKEN_TO_BE_REPLACED

Save $70 on the latest Apple Watch when you purchase yours from Best Buy. A variety of Series 2 models, which offer improved water-resistance and a built-in GPS, are currently on sale for just $299.

END_OF_DOCUMENT_TOKEN_TO_BE_REPLACED

Apple has extended its service coverage for the first-generation Apple Watch. If you have a unit with a separated sensor panel, you can get it repaired for free by visiting Apple or an authorized service provider within three years of your purchase date.

END_OF_DOCUMENT_TOKEN_TO_BE_REPLACED

The collection consists of woven nylon, sport, Nike Sport and Hermès bands in fancy new color options — all of which are available to purchase today.

END_OF_DOCUMENT_TOKEN_TO_BE_REPLACED

Looking to pick up an Apple Watch but don’t want to spend extra on watch bands or a charging stand?

Groupon has your dream bundle, then, with a Sport edition of Apple’s famous wearable, along with third-party knockoffs of the Milanese Loop and leather strap and a charging stand all for the price of the actual Apple Watch.

END_OF_DOCUMENT_TOKEN_TO_BE_REPLACED

Rumor has it that Apple Watch will get an update next year. There is already plenty of speculation about what cool new features Cupertino will add.

Personally, I’m hoping that the new watch will focus on fitness, so I’ve created a mockup concept to show what I’d like to see in the next generation of Apple Watch. I call it the Apple Watch GPS, Nike edition.

END_OF_DOCUMENT_TOKEN_TO_BE_REPLACED

Already bored of the band that came with your Apple Watch? Now’s the time to get a new one, because almost every band available from the Apple Online Store is now shipping in just one business day.

The official musical instrument of the 2014 World Cup is the Caxirola, but it has already been banned from stadiums. Not because it will drive you out of your mind with irritation like the last World Cup’s vuvuzela, but because the Caxirola is considered a security risk (or more likely, a perfect booze and drug-smuggling device.

The Caxirola looks like a cross between a lemon and a set of knuckledusters. Inside the hollow plastic bubble are hundreds of beads that rattle when you shake it and make a “nice, pleasant” sound. But you don’t have to bother with a real plastic lemon: you can buy the app.

As a kid I never really liked football, but I loved Panini football stickers. Now there’s an environmentally friendly way to collect and swap stickers (if you consider making an iPad or iPhone to be less damaging than printing a paper book). The official Panini Online Sticker Album app lets you collect and swap stickers, and stick them into a virtual album. Swapping is done online, and you get three sticker packs with the free download. $free

I’ll be buying my Spain World Cup shirt down at the local knockoff market, but the real deal has some features that partially justify its $150 price tag. Dri-FIT microfiber, laser-cut mesh and ventilations zones will keep you cooler than if you went topless. And of course you’ll get the shivery chills every time you remember how much you paid for it. $150

Maybe you want to follow the World Cup from the beach, or the park, or just not be stuck indoors. Or maybe you live in a foreign country and you want to listen to an English commentary while you drink Brazilian beer and watch the match in a Brazilian bar.

For this, you need the radio. Either tune a real radio to the BBC, like the World Band Tecsun radio that people like on Amazon, or grab the excellent (free or paid) TuneIn Radio app, which, as its name suggests, tunes in to any radio station that transmits via the internet. I recommend the BBC.

Stuck in rainy Europe? Don’t own a passport to leave the U.S? No problem. Google has visited the World Cup stadiums so you don’t have to – just head over to this page to virtually tour any of Brazils World Cup stadiums via Street View.

Pick them on a map or just browse the list, and you can even take a look at the streets outside.

Just before the 2010 World Cup, I remember seeing lots of men dragging huge boxes into their apartment buildings. What better excuse for a new TV than a World Cup? Right now, the Wirecutter says that the best TV you can buy is the Samsung F8500, available in 51, 60 and 64-inch models and ready for 3-D should you happen a cross a game broadcast that way (and sport is probably the only reasons to use a 3-D TV). Best of all, the 51-incher is currently $1,800 on Amazon, which is $900 off list price. 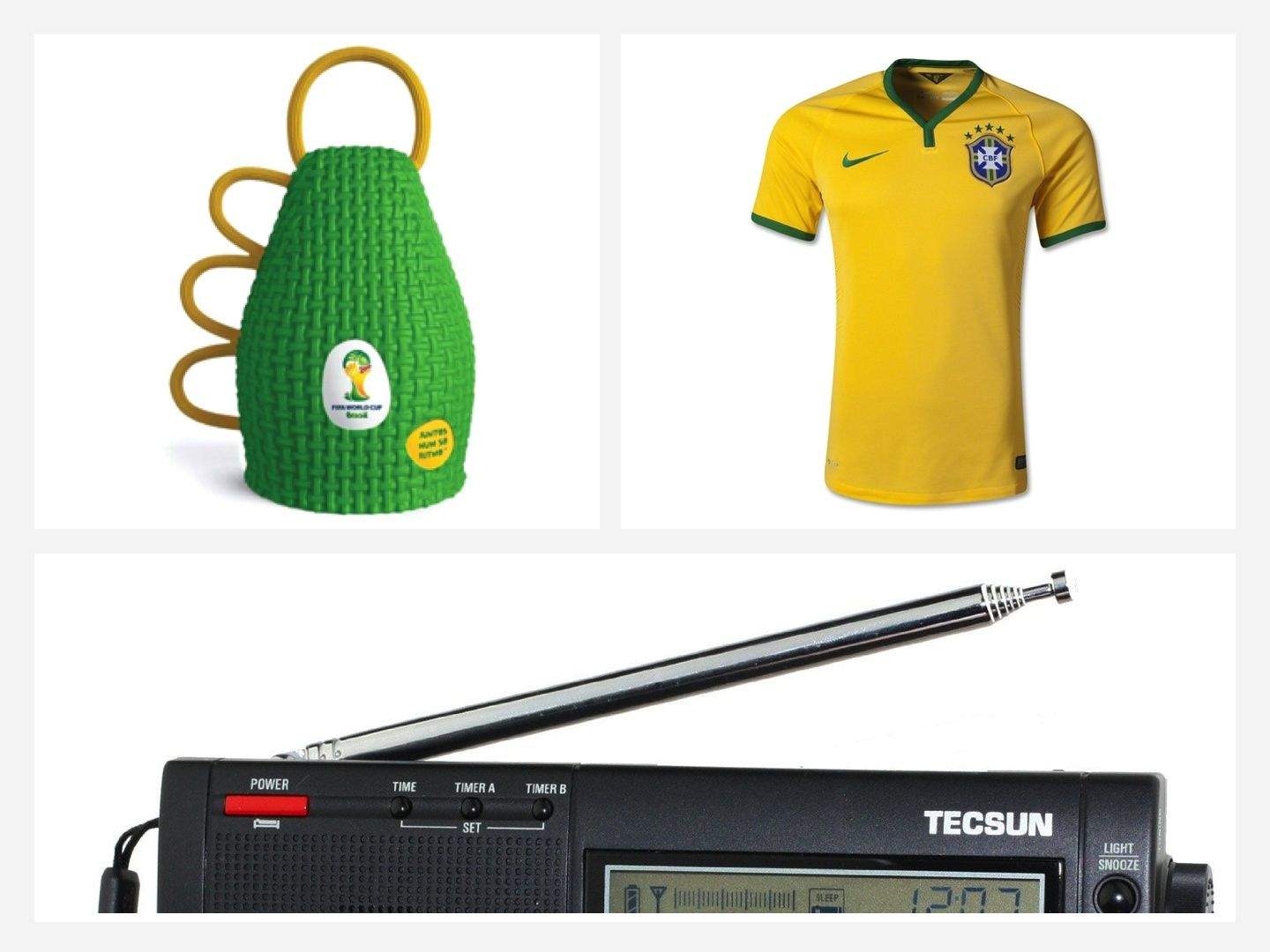 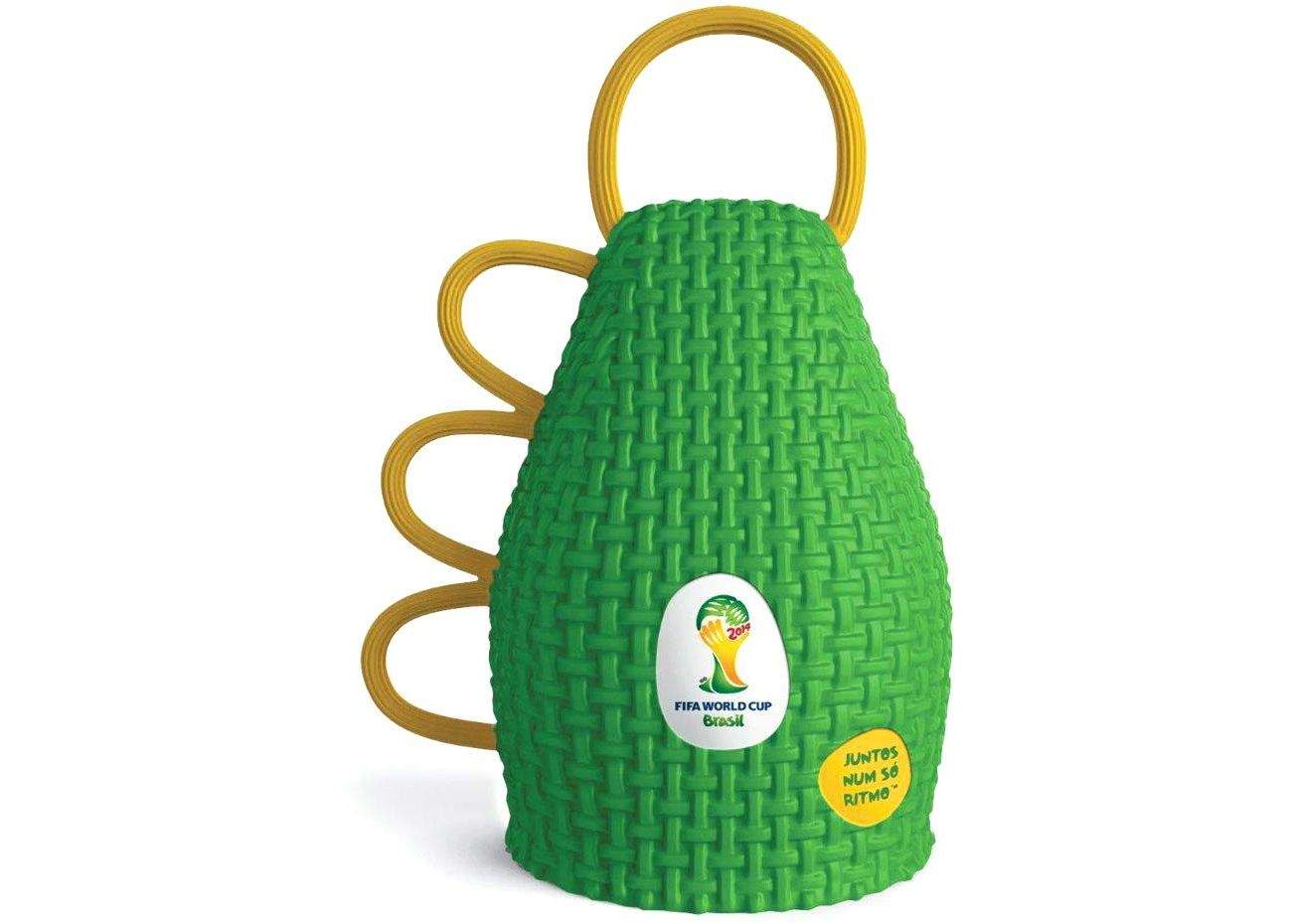 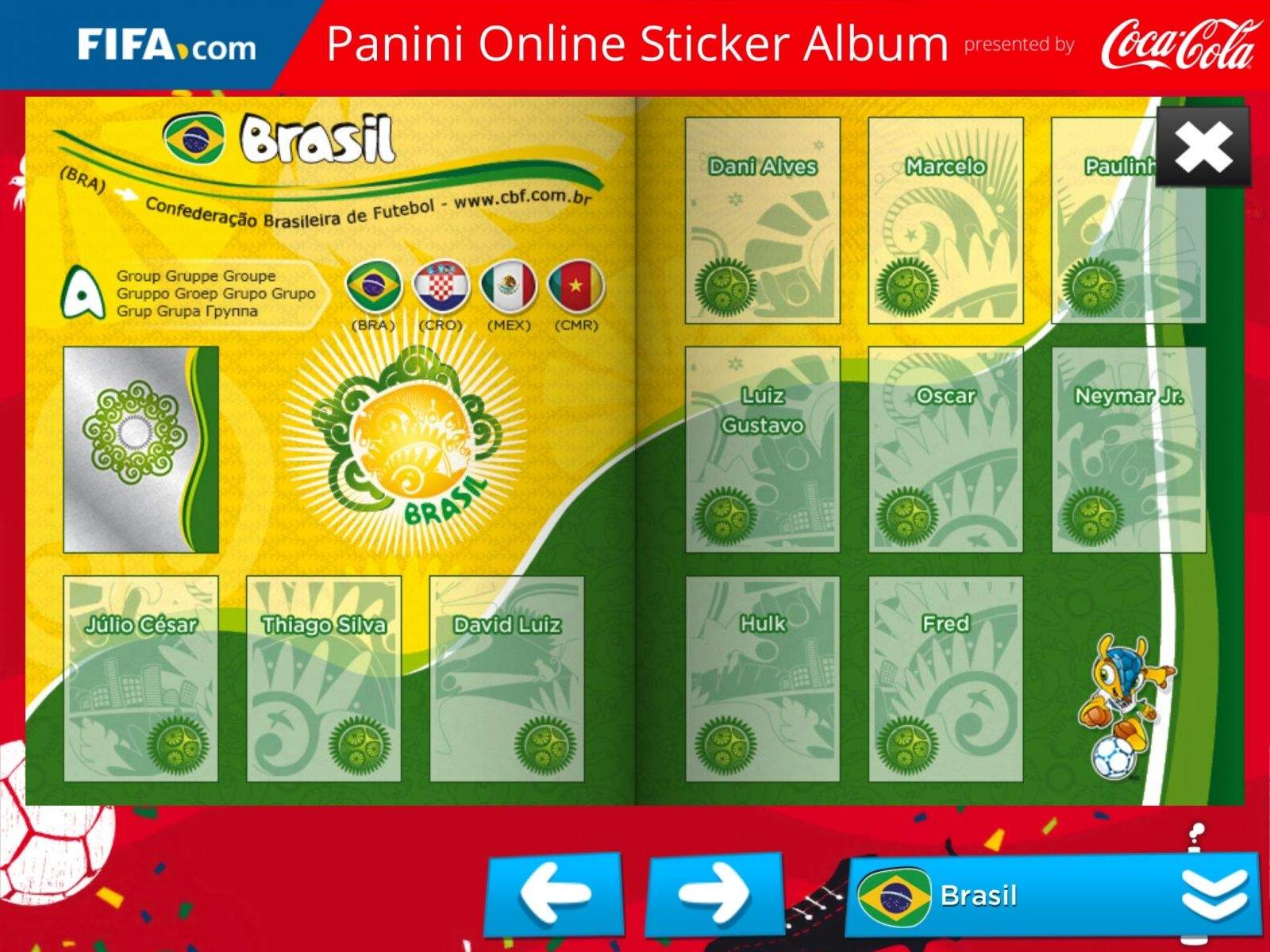 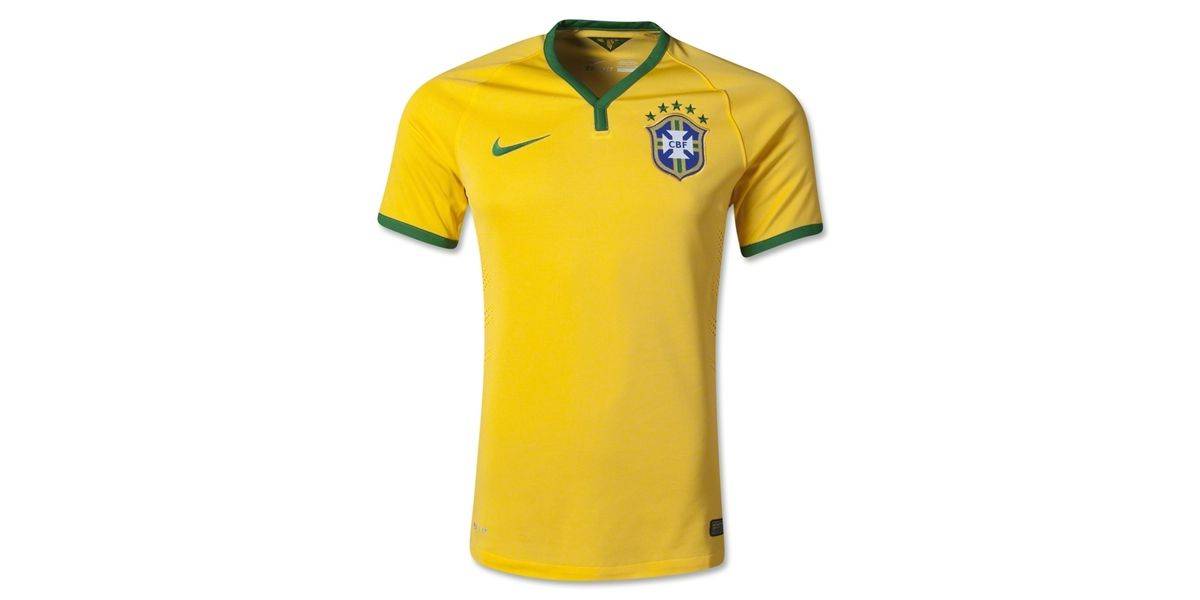 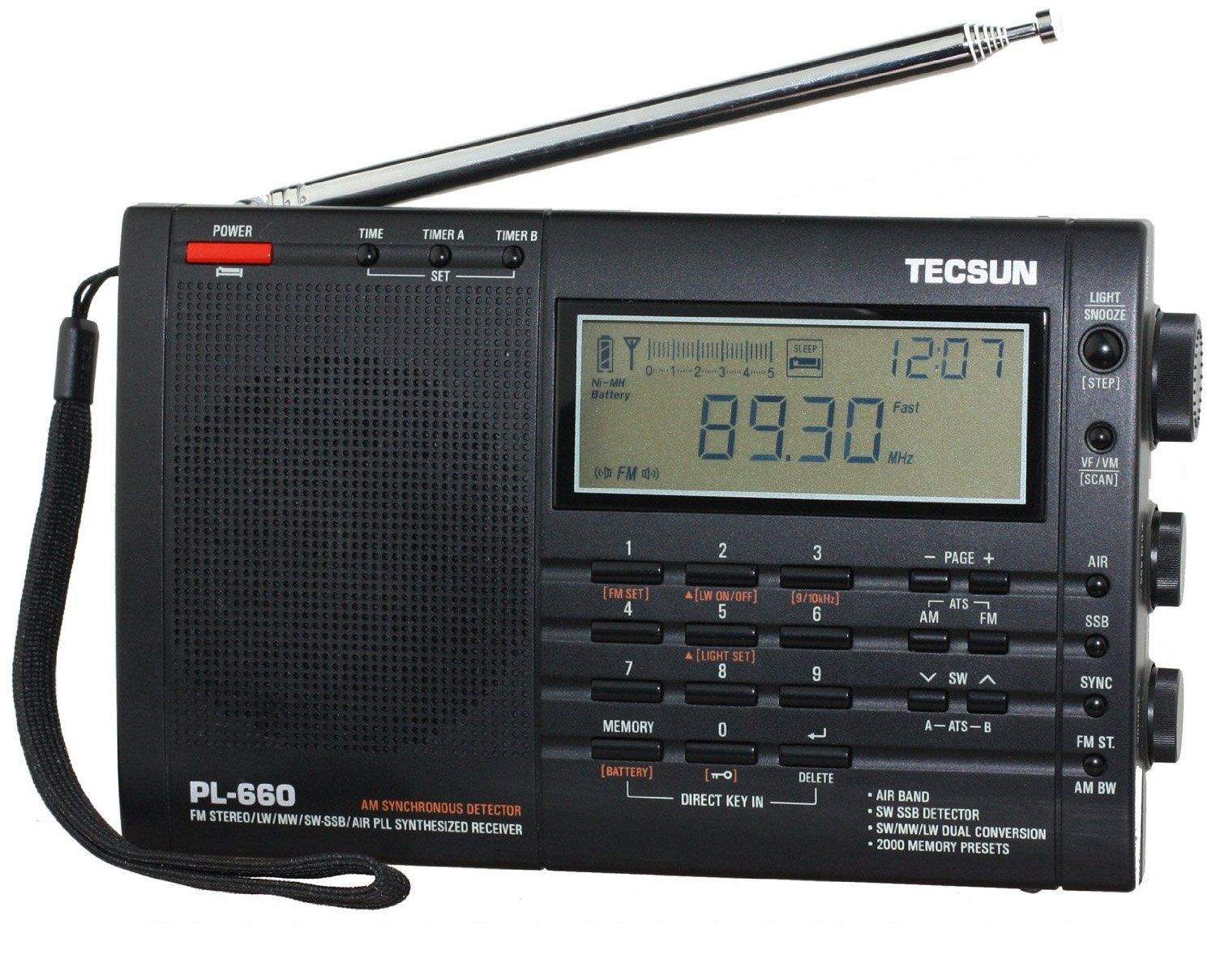 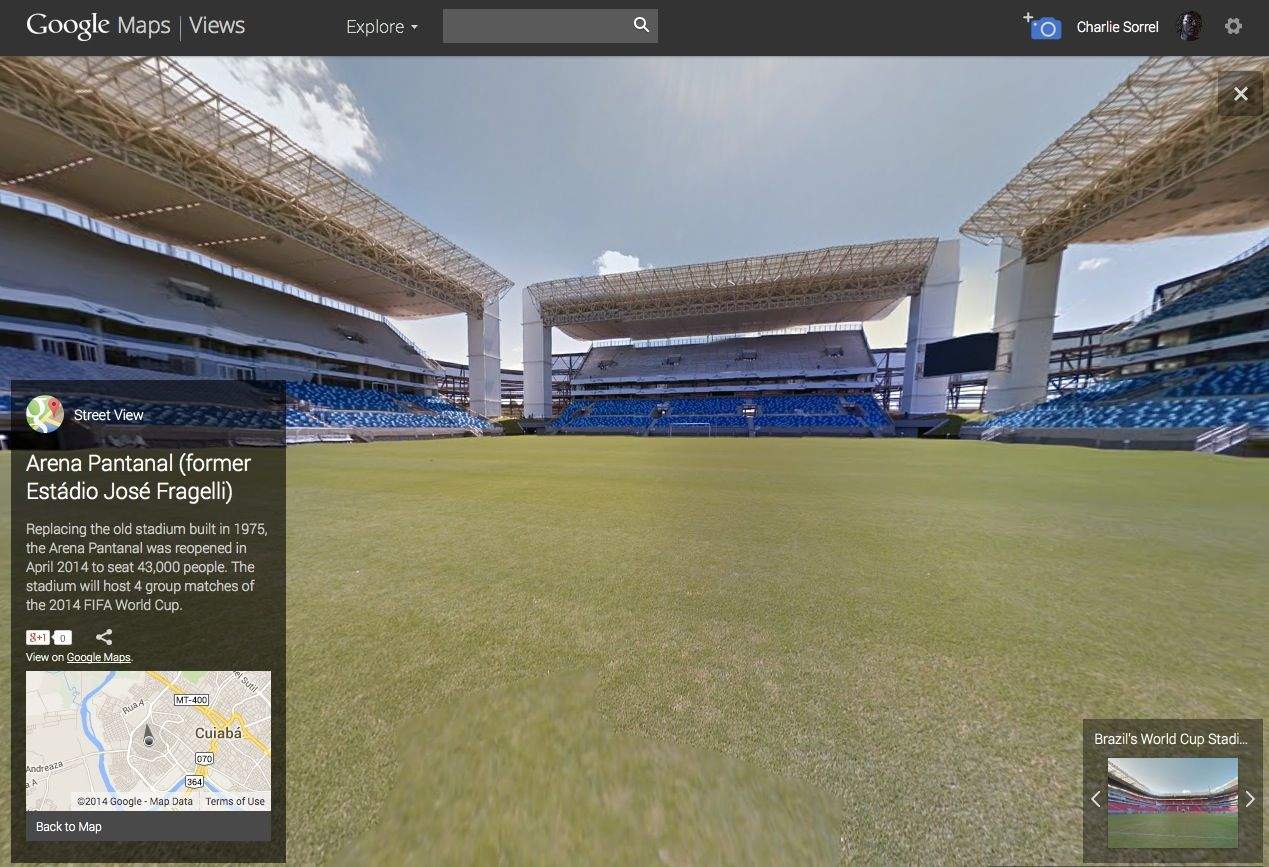 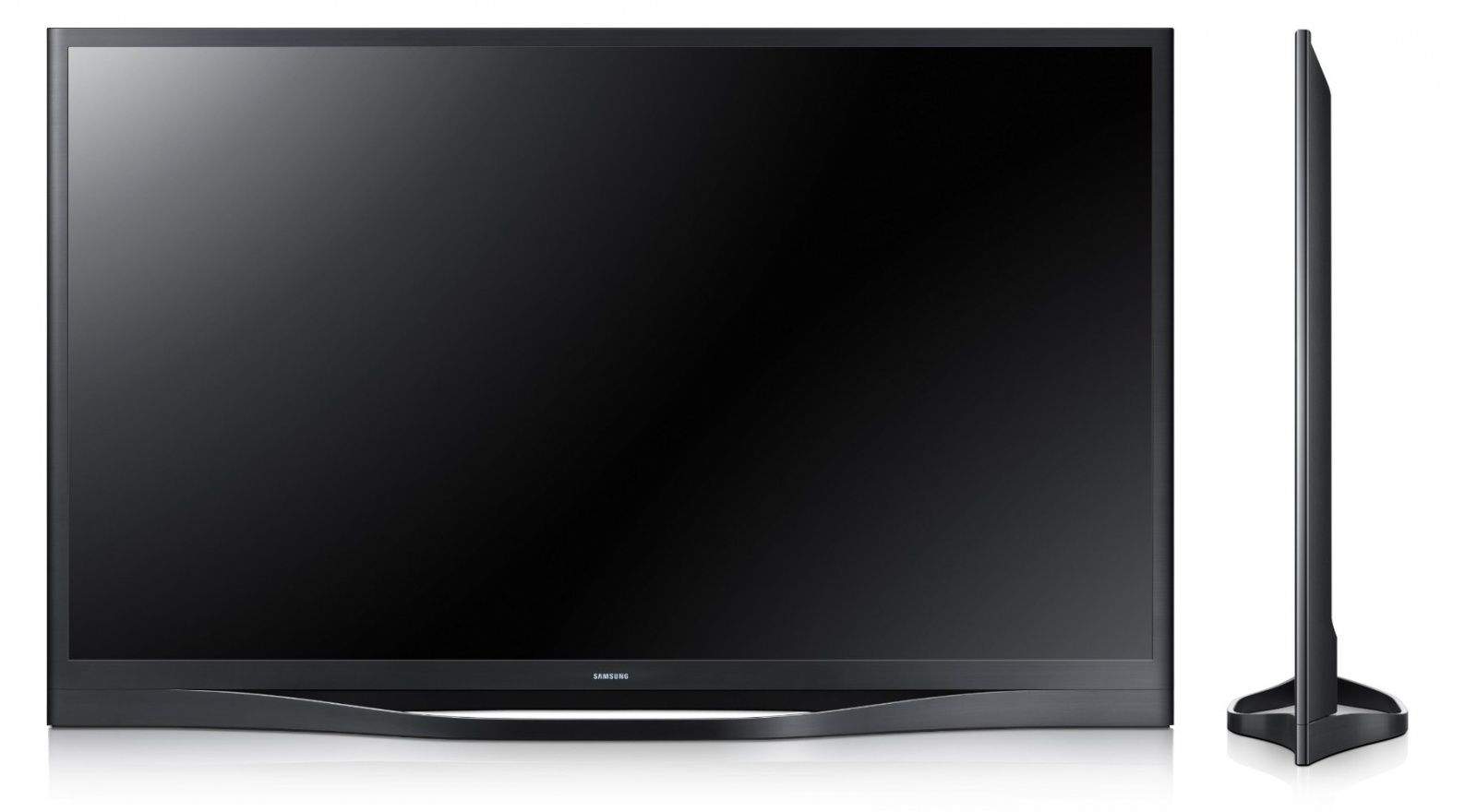 The supermarkets are already full of Brazil-related plastic junk, and even folks who only watch football once every four years are getting excited. Why? It’s World Cup time, of course!

Here we have a selection of apps and gadgets, clothes and toys to help you follow along and enjoy the show. The only thing we haven’t included is streaming app, because broadcast rights vary from country to country. Our workaround is to watch on TV or listen on the radio. Or do it like the Brazilians and head to your local bar.