Back in May, we told you about the former Apple employee who was inspired by Apple’s on-campus cafeteria to create his own health-tech product.

Called SITU scale, the smart food scale connects to an iPad and weighs any food you place on it in calories and total nutrients in addition to grams and ounces. Having surpassed its Kickstarter goal by raising a total of almost $60,000, SITU creator and former Apple employee Michael Grothaus has announced that preorders have begun — with a promised delivery date of early March.

“It’s been a crazy ride to get here, but it’s been so worth it,” Grothaus says. “Choosing to Kickstart SITU was the best thing we could have done — and Cult of Mac was a big part of its success. I invented SITU because I wanted to lose weight and designed it with my needs in mind, but through all the open dialog with backers and people who would send us emails, we ended up making the product so much better.”

Crowdfunding has been one of the best things to happen to entrepreneurs since the invention of the IPO. It's been pretty great for technophiles, too, giving us the chance to get involved with exciting projects at the earliest stage possible. Scouring through the pages of Kickstarter and Indiegogo, we've put together a list of the eight most tantalizing projects we've seen so far. What are they? Peruse our gallery to find out.

SITU is an attractive Bluetooth food scale that talks to your iPad. Created by former Apple employee Michael Grothaus — who came up with the idea while sitting in Apple’s Caffè Macs cafeteria — the device lets you see the exact nutritional content of any food you place on it, based on the food’s weight and broken down into calories, sugar, salt, protein, vitamins and minerals. The device itself is beautiful, too, with a simple but pleasing design that could have come straight out of Jony Ive’s workshop.

Preorders will be available on SITU’s official site next month.

“This one weird trick” is usually a cue you’re in a part of the Internet where somebody is trying to convince you a British woman figured out a way to nab a new iPhone for just $10, or a guy worked out a totally safe steroid substitute doctors don’t want you know about. Not so in the case of Lunecase.

This iPhone case's one weird trick isn’t massively useful, but it is pretty cool nonetheless: Lunecase uses your device’s electromagnetic radiation to tell you of alerts you receive, then lights up the appropriate symbol on back to show if you’re getting a phone call or text message. Currently available for pre-order.

Milled from solid aluminum, the Elevation is the iPhone dock we wish Apple would make. What does it have over other docks? Attractive design, physical weight and an easy docking/undocking function, to name a few positives. There have been several versions since the first iteration of the Elevation Dock, but this is one crowdfunding project that definitely connected with the crowd needed to support it. Currently available for sale through its official website.

Apple is looking to out-feature this smartwatch with its long-awaited iWatch, but the Pebble is still a great device that works perfectly with your iPhone. Originally asking for just $100,000 on Kickstarter, the Pebble project ended up raking in a massive $10,266,845 in backer support. From its seamless integration with iOS — for notifications and easy control of iTunes and the like — to its own dedicated watch apps, Pebble is one of the best smartwatches to date.

How good is it? Even if the iWatch can do everything it’s rumored to do, I can still see why some users would stick with the Pebble.

Have you heard the one about Neil Young’s high-definition iPod? I’ll admit I chuckled when I heard about the PonoPlayer, as did a lot of people, but few were laughing when the project racked up $6,225,354 in backer support against a stated goal of $800,000. With "Pono" being a Hawaiian word for “righteous” or “pureness,” the PonoPlayer hopes to deliver the same kind of leap from today’s MP3s that we saw when cassette tapes made way for CDs.

Young’s goal is that our "cultural history should be preserved for enjoyment of the people in its highest possible form forever.” And despite the PonoPlayer's slightly wacky design, he’s convinced it's the tool to accomplish it. Pono will soon begin shipping more than 15,000 PonoPlayers to its Kickstarter backers.

Is there any more obvious sign of the increasing role computers are playing in our lives than the fact that we now use them in the kitchen? Even 20 years ago, the idea that we would want to expose our laptops or desktops to the same surface we were chopping meat and onions on would have seemed preposterous. If you’re anything like me, that changed the moment the iPad came along, and you got used to being able to watch TV or check out a recipe while you were cooking. The MagBak, a super-thin iPad case that lets you magnetically stick your tablet to your fridge door, is particularly great for this application. It’s a neat design and works excellently.

Available in several versions for Apple’s various iPads, the MagBak is available for sale through its official website, priced at $39.

One of the biggest — and arguably most controversial — crowdfunding campaigns was for the Oculus Rift virtual-reality headset. One of the biggest because it saw backers pledge $2,437,429 against a $250,000 goal; one of the most controversial because after that influx of capital from the well-meaning public, the Oculus' creators promptly sold pit to Mark Zuckerberg’s Facebook empire for the grand sum of $2 billion.

Everyone, with the conspicuous absence of Apple (for now!), is announcing VR projects today. With possible applications in everything from video games to movies, it’s looking like one of the most exciting paradigm shifts to hit tech in years.

As for Oculus’ current status? We’re waiting for the second big iteration, but Oculus VR is currently cracking down on people looking to turn a profit by selling their preordered devices before they even ship.

Compared to the world of virtual reality promised by Oculus, a device that makes your phone beep when you lose it sounds pretty minor. But just because a device solves a relatively run-of-the-mill, commonplace problem doesn’t mean there’s no demand for it. The Duet's Indiegogo campaign proved that perfectly, when it surged past its $5,000 goal by 2,137 percent to raise $106,830.

The Duet is a smart Bluetooth tag that watches out for your iPhone. Working with the PROTAG app, the tag attaches to your key chain, bag or wallet and then searches for your smartphone (or vice versa), allowing you to quickly and easily find whichever of your precious personal belongings have been misplaced. At time of writing, backers have started receiving their devices. 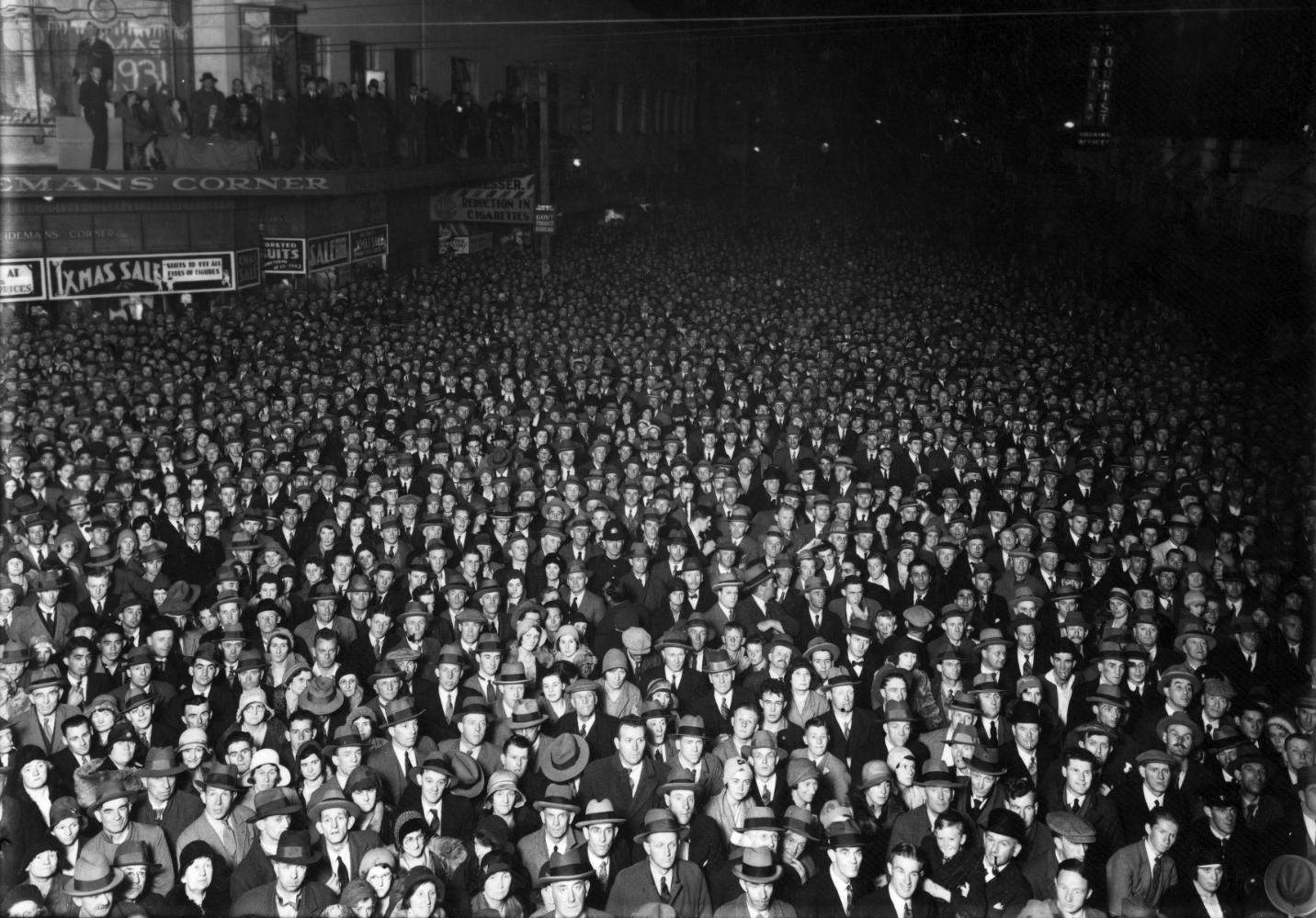 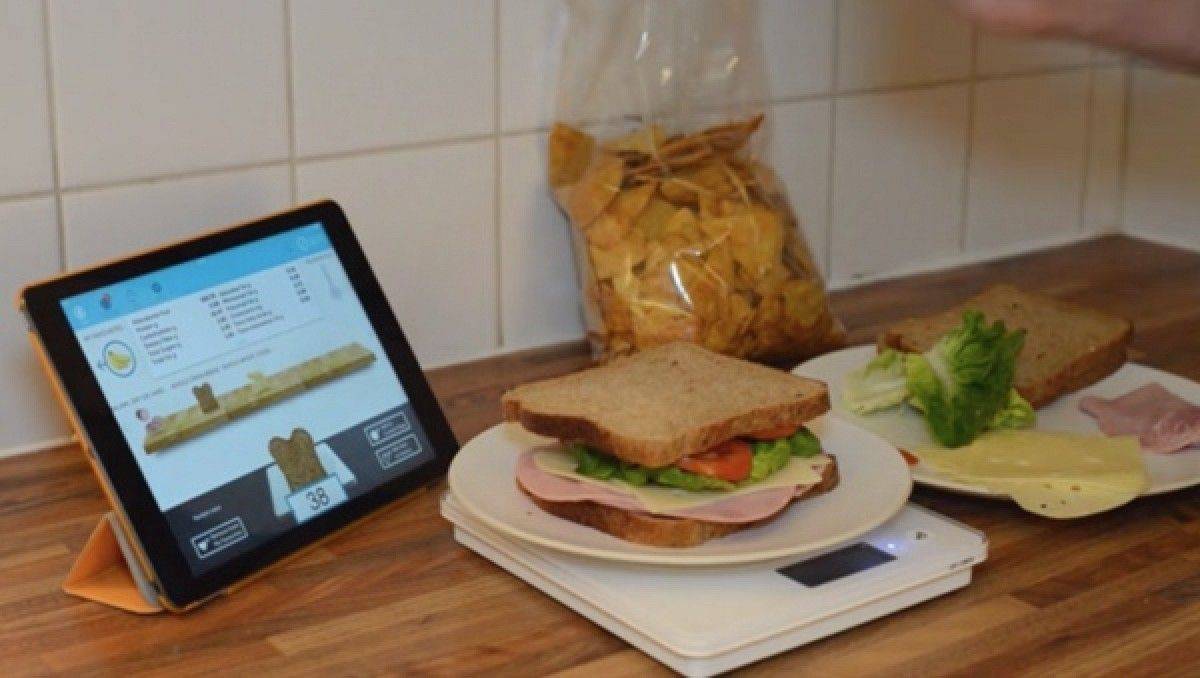 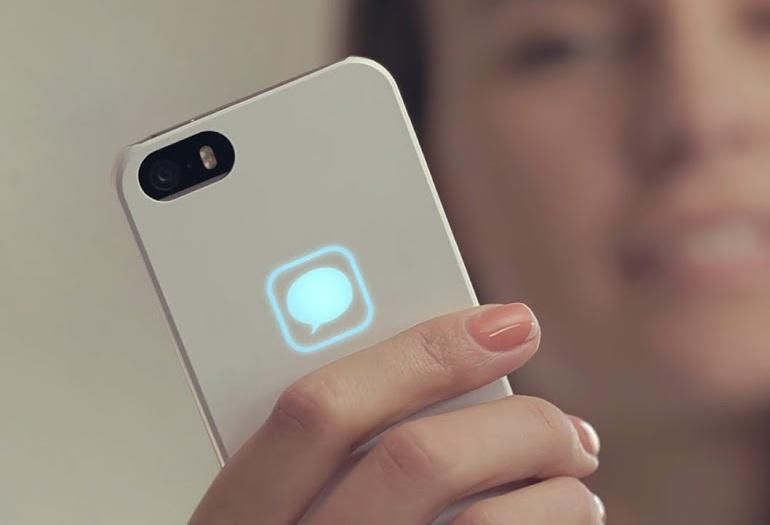 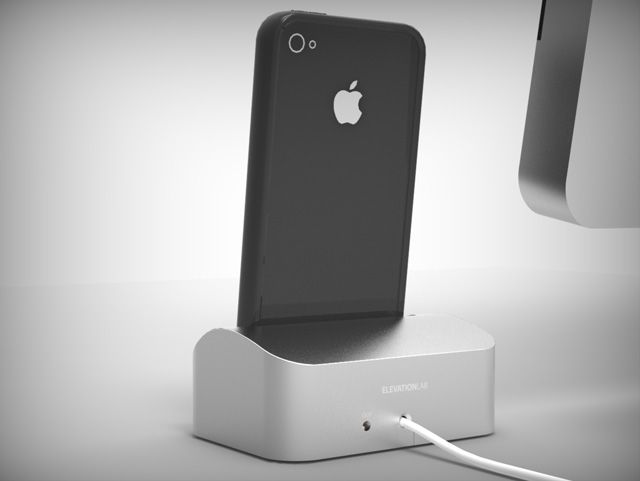 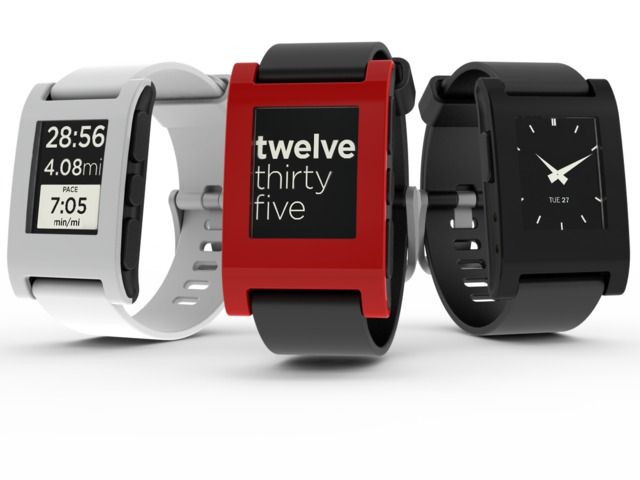 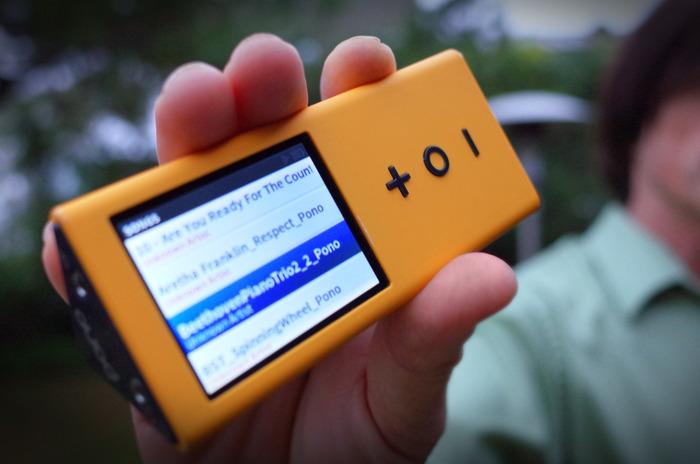 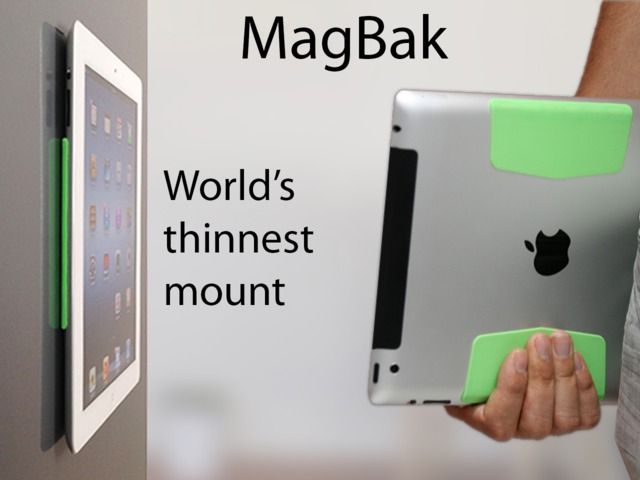 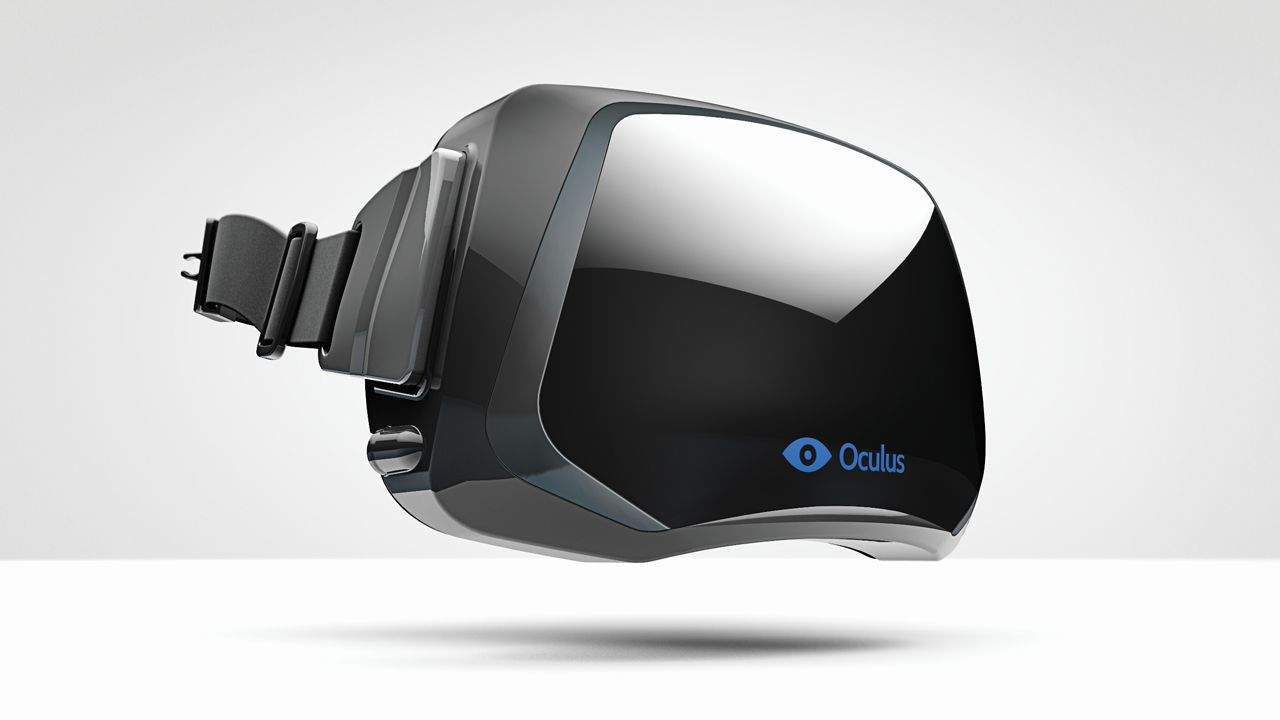 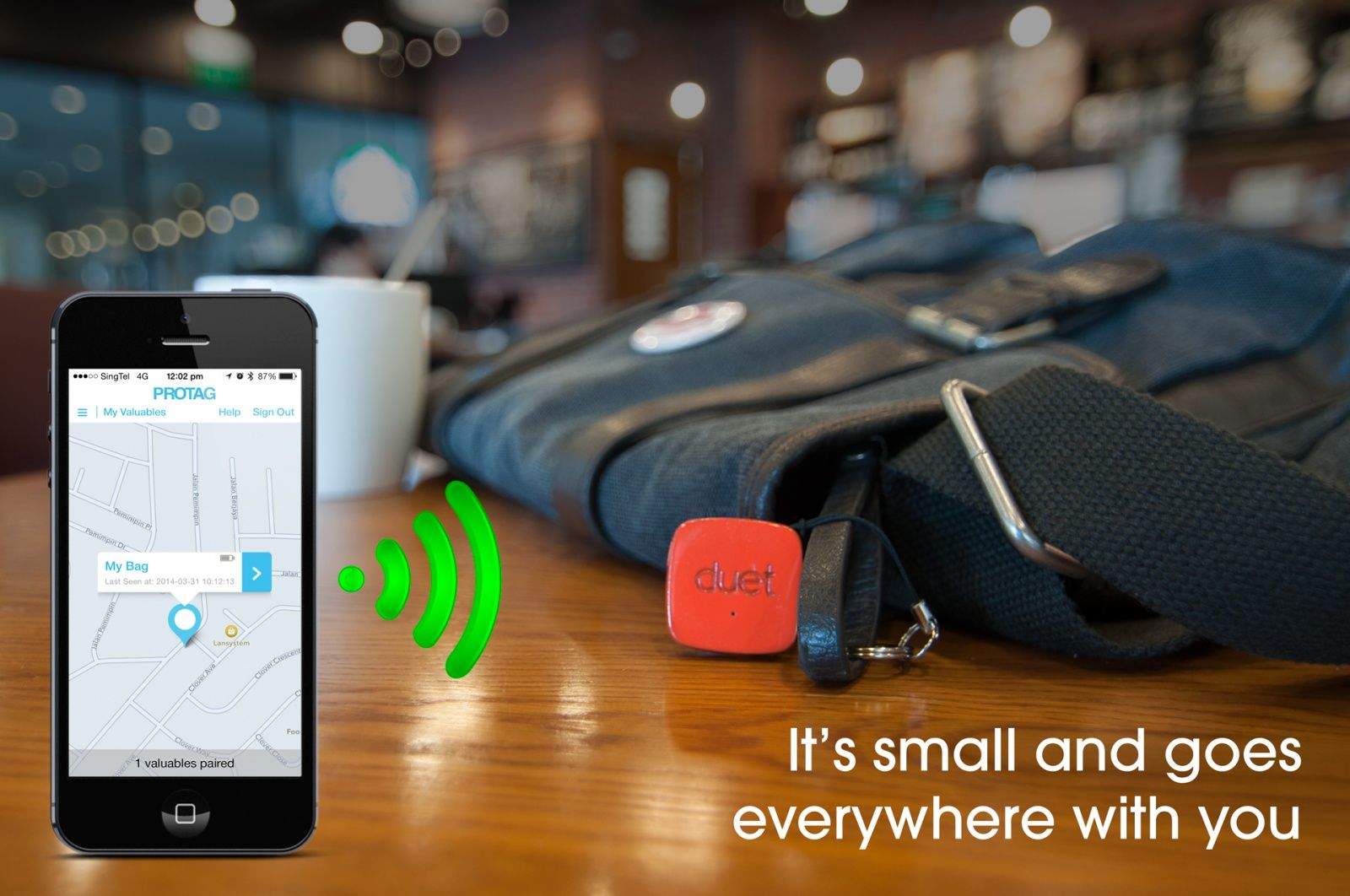 SITU — a smart food scale created by a former Apple employee — is close to reaching its Kickstarter goal, and there’s still time to get involved.

An attractive Bluetooth scale which talks to your iPad, SITU works by showing you the exact nutrition content of any food you place on it — letting you see the exact number of calories, sugar, salt, protein, vitamins and minerals of whatever it is that you’re about to eat.

END_OF_DOCUMENT_TOKEN_TO_BE_REPLACED

Today marks the launch of an intriguing new Kickstarter project.

Created by former Apple employee Michael Grothaus, SITU is a simple, attractive Bluetooth food scale which talks to your iPad. By showing you the exact nutrition content of any food you place on it, SITU lets people see the exact calories, sugar, salt, protein, vitamins and minerals of any food they’re about to eat, based on that food’s weight.