Apple TV+ is making a series set in Legendary’s MonsterVerse that includes movies like Godzilla vs. Kong. The show will be live action, and continue the story of humanity’s battle to survive in a world populated with city-crushing behemoths.

END_OF_DOCUMENT_TOKEN_TO_BE_REPLACED

Apple TV+ is shooting for the stars with two new sci-fi series and a film this autumn. The trailers for Foundation, Invasion and Finch all look amazing. And dark. The descriptions for all of them include either “dystopian” or “apocalypse” or both.

Could we get some science fiction that’s a little more upbeat from Apple’s streaming service?

END_OF_DOCUMENT_TOKEN_TO_BE_REPLACED

Tom Hanks’ second movie for Apple TV+ will debut Friday, November 5. The screen legend will star in Finch, a heart-warming story about a man trying to teach a robot about life.

In addition to revealing the premiere date, Apple released the first picture from the film on Thursday.

END_OF_DOCUMENT_TOKEN_TO_BE_REPLACED

Screen legend Tom Hanks will reportedly soon star in a second Apple TV+ movie. Finch will be the story of a man, a robot and a dog.

It follows Hanks’ Oscar-nominated Greyhound, which ended up on Apple’s streaming video service last summer when the pandemic closed theaters.

END_OF_DOCUMENT_TOKEN_TO_BE_REPLACED

The first trailer for Rogue One, the first stand-alone Star Wars movie, finally dropped this morning and it looks absolutely amazing.

There’s so much war going on in the two-minute trailer that our minds can barely take it all in. Prepare to get Star Wars fever all over again!

END_OF_DOCUMENT_TOKEN_TO_BE_REPLACED

A guy wakes up with no memory of who he is — or who the beautiful scientist outfitting him with a cyborg body is. She tells him his name is Henry and that she’s his wife. Then the bad guys break in and steal her.

Sounds like a video game, right? It’s actually the trippy trailer for a new live-action sci-fi movie called Hardcore Henry. The buzzy indie film was shot using a first-person perspective that puts you in Henry’s shoes — it’s like you’re trapped in a violent videogame, with a super-strong robot hand and other cyborg embellishments.

END_OF_DOCUMENT_TOKEN_TO_BE_REPLACED

Citizen George is slated to be a full-length independent film about a director who creates a hugely popular space opera film trilogy (read, George Lucas and Star Wars), only to end up releasing disappointing film prequels 20 years later.

So far, so basic, right? The catch here is that you have to choose the type of movie this fan film will end up being. Want a dramatic story about a serious film auteur and the perils of fame and fortune, like Citizen Kane? Drop some cash into the Drama tip jar. Want a wacky, time-travel comedy like Austin Powers? Slide your money into the Comedy tip jar.

END_OF_DOCUMENT_TOKEN_TO_BE_REPLACED

Despite attracting the absolute best talent, the Aliens franchise has been on a bit of a rough patch for the last, oh, 30 years or so.

Ridley Scott’s Prometheus prequel? It sucked. Alien: Resurrection, a joint written by Joss Whedon and filmed by the director of City of Lost Children? It blew. Alien 3, directed by multiple Academy Award winner David Fincher? Well, I’ve personally always thought it got a bum rap, but the general consensus is: It’s terrible.

Now Neil Blomkamp, the talented South African director behind District 9 and the upcoming Chappie, has been hired to film the next Alien movie. And thanks to Blomkamp, we have a pretty good idea what the movie will be about.

From flying cars to brain-sucking city simulations, sci-fi movies have given us a ton of possible futures over the years -- some good, others less so. We waded through our collective possible future times to bring you a selection of the best and worst sci-fi has in store for humanity.

Pick any version of the show (except possibly Star Trek: Voyager) and you’ve got a sci-fi future we’d love to live in. Unlike a lot of sci-fi, Star Trek has always tended toward a utopian vision of our future selves in which racism, sexism, ageism and, in Captain’s Picard’s case, jokes against male-pattern baldness are all relics of the distant past. There’s also intergalactic travel, a ton of colorful aliens in existence, and the holodeck to unwind on after a hard day’s work. Oh yes, and we get to wear spandex jumpsuits to our heart’s content.

Granted, the future portrayed in Back to the Future Part II is only Oct. 21, 2015, meaning that a whole lot needs to happen in a very short space of time if we’re going to have a hope of catching up. To be honest, we’d skip most of it, so long as someone would hurry up and invent a hoverboard. Hey, at least Nike is planning to release self-tying Power Laces next year to commemorate the movie.

For a movie full of giant robots, Pacific Rim sure does offer an optimistic vision of the future. I’d happily be a part of it: Humanity responds to (and defeats) a massive external threat by way of international cooperation and technological development. And did I mention this is a future filled with giant robots?

With baddies controlling the oxygen, there’s plenty to dislike about the future presented by Paul Verhoeven’s 1990 Total Recall (aka the only Total Recall movie that matters). On the plus side, if future wives are all as hot as Sharon Stone, we’d happily take our oxygen when and where we could get it.

The real reason Total Recall is a movie future we’d love, though, is because of Rekall, the (sort of) titular company that can provide memory implants of vacations you never had. The fake memories let you spend a week as a secret agent or super-lover, rather than just getting sunburned by the pool. That’s a future we can get on board with. Provided nothing goes wrong, that is.

It’s the only future on this list that’s TV rather than film, but The Jetsons delivers, hands down, the most utopian sci-fi future of them all. Set in the year 2062, The Jetsons depicts a world in which households are aided by elaborate robotic contraptions, holograms and all manner of geeky gadgets and inventions. Oh yes, and flying cars. Lots of flying cars. Perhaps the most alluring part of life in Orbit City is the work week, though: just an hour a day, two days a week. Plus holidays.

Soylent Green takes place in a futuristic world in which overpopulation and the depletion of resources has resulted in a massive global crisis. People live a luxury-free existence, subsisting on processed food rations called Soylent Red and Soylent Yellow. That’s until a new, more-nutritious variant comes along. It’s supposedly made of high-energy plankton, but ... well, you get the message. When state-assisted suicide and the occasional pot of strawberry jelly are all you can look forward to, you know things aren’t good.

Before he made the excellent Silicon Valley, Mike Judge made Idiocracy, in which Luke Wilson’s Corporal Joe Bauers and a prostitute named Rita get frozen in a suspended-animation experiment supposed to last just a year. Instead, they awake 500 years later to find a world in which the average IQ has dropped dramatically. Politics has turned into a WWE-style charade, the most popular show on TV is called Ow! My Balls and the news is delivered by “Hot Naked Chicks.”

Wait, are we sure this is even set in the future?

Like many movie dystopias, the 23-century world depicted by Logan’s Run starts off looking pretty great. Everyone’s young and attractive, and everything is geared around hedonism and wish fulfillment — all in a futuristic wonderland full of hovercrafts and robot manservants.

When the other shoe drops it’s one of cinema's’ great gut-punches: Everyone in this world dies at 30. At that age, the tiny crystal everyone carries with them at all times turns black, and you’re tracked down to be either reborn or horribly murdered. This is where the movie’s title comes from, since running is the only way to possibly escape. It's one of those scenarios that sounds fine and dandy when you’re a teenager, years away from turning 30. For the rest of us it’s a pretty horrific proposition.

The Matrix is another dystopia that doesn’t appear all that bad in the beginning. As the film reveals, machines got smart enough during the 21st century to take on mankind. When humans stopped the machines from having access to solar energy, the machines turned instead to harvesting humans' bioelectricity as a substitute power source. To do this, and to keep people placid, the machines trapped them in "the Matrix," a mass simulation of the world as it was in the year 1999.

While this means that the majority of people live perfectly acceptable lives, unaware that any of this is going on, two things strike me as terrible about the universe depicted in The Matrix. One: Presumably, a world perpetually stuck in 1999 never gets the iPhone or iPad. Two: Keanu Reeves is the savior of this universe? Chalk up another one for the dystopian pile.

The concept of a world in which people are forced to kill each other as part of some mass-entertainment game pops up in sci-fi movies ranging from swinging '60s Italian thriller The 10th Victim (seriously, check it out!) to The Running Man to the Hunger Games series. While I was massively tempted to include The Hunger Games as my pick here, I’m instead opting for Battle Royale, the ultra-brutal 2000 Japanese action-thriller directed by Kinji Fukasaku.

In Battle Royale, one school class is chosen each year to participate in a massive island-based “game” during which students must kill each other until only one remains. This is done with the aid of weapons (one per student) that can range from a gun or crossbow down to a paper fan. Students must also travel from area to area to avoid "danger zones” (which result in immediate death). And if they refuse to cooperate? They get killed by way of an explosive collar,

As dystopian futures go, one in which adults kill children (or force them to kill each other) in order to maintain control ranks pretty high on the “places we wouldn’t want to live” scale. 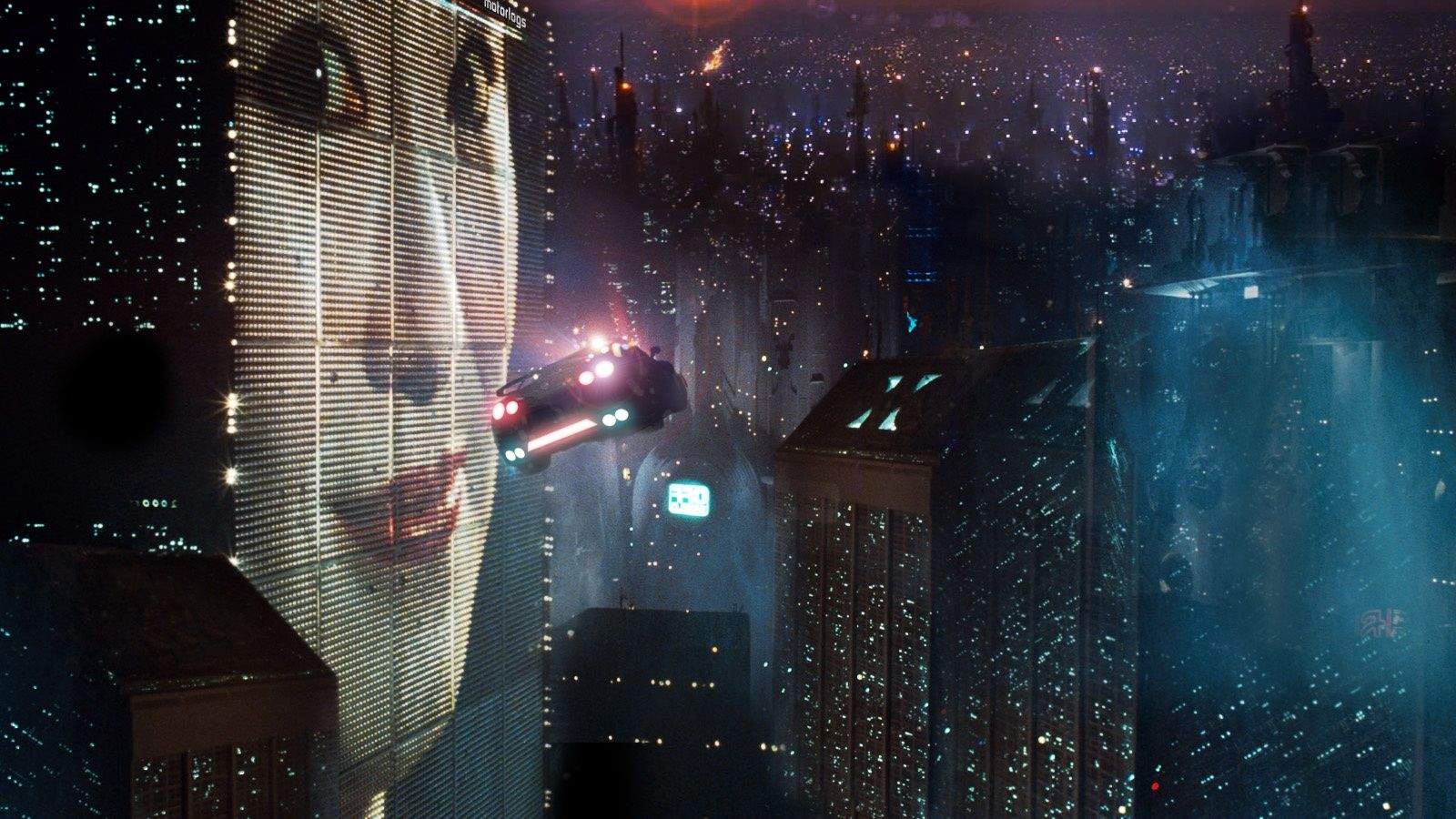 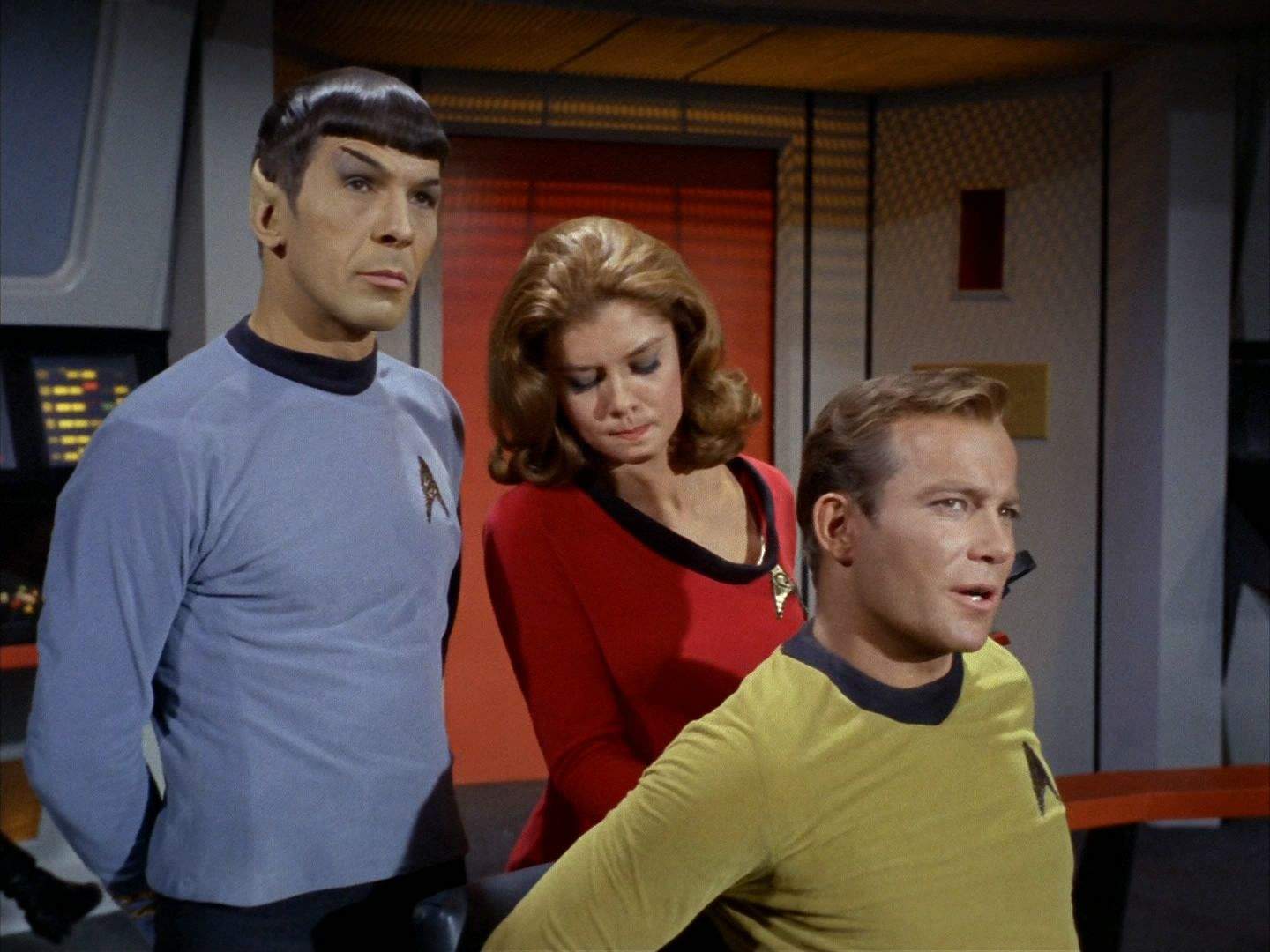 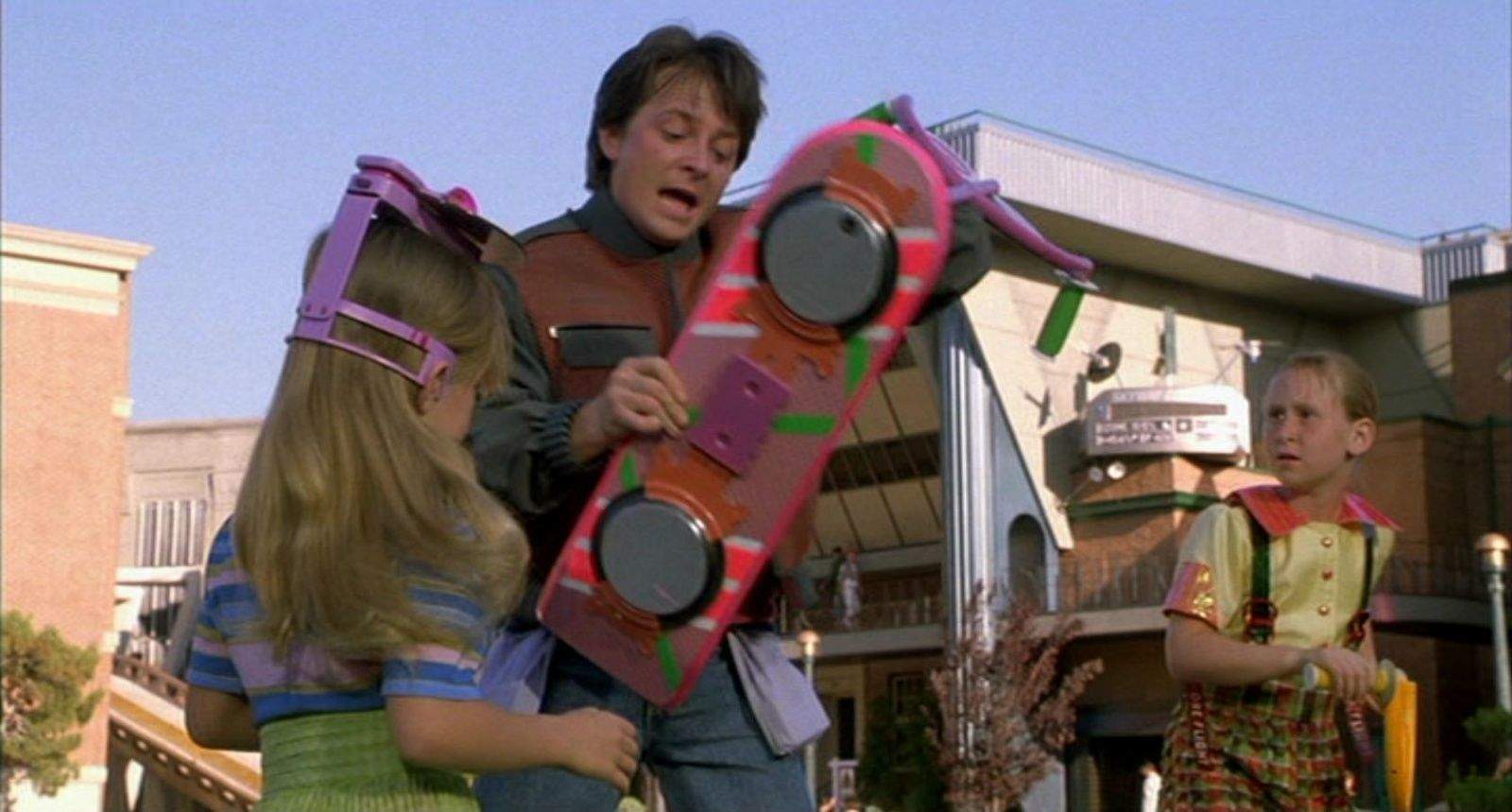 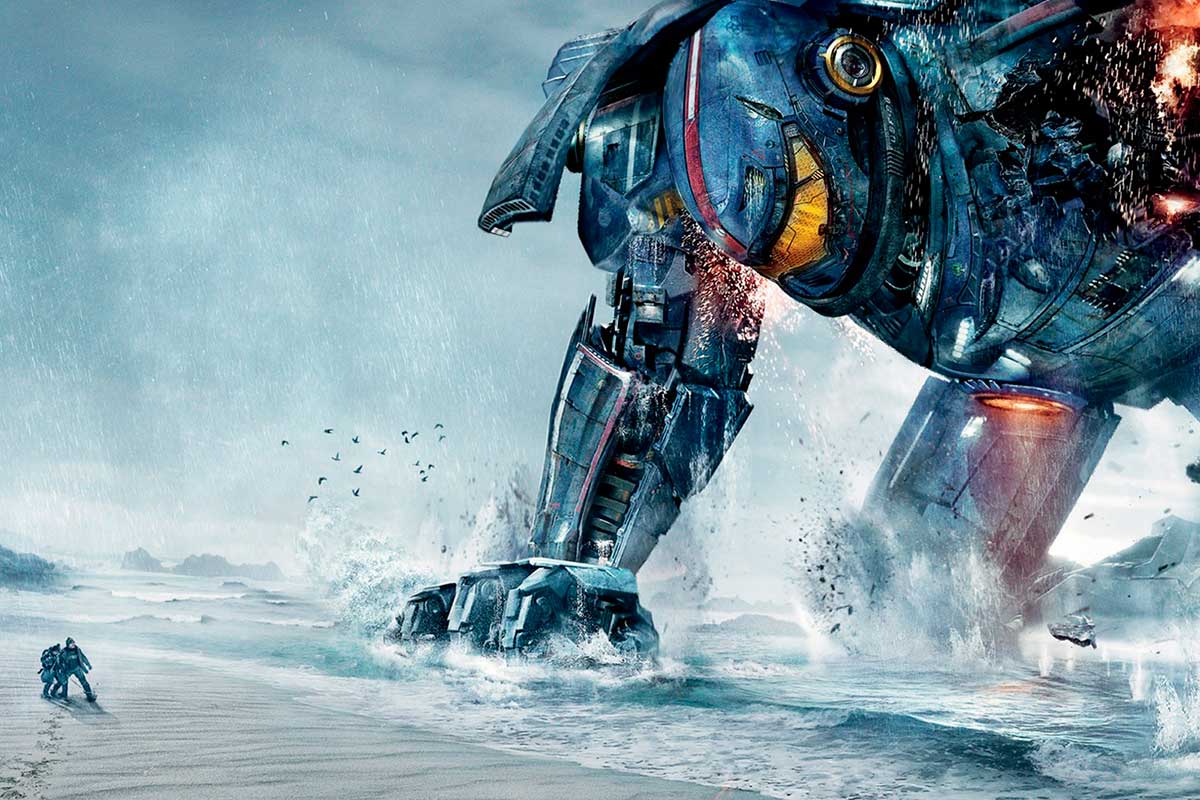 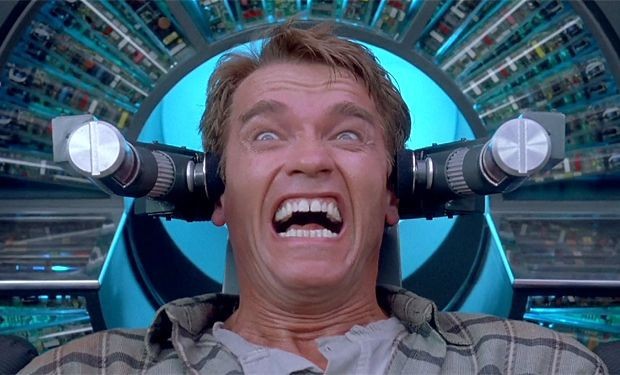 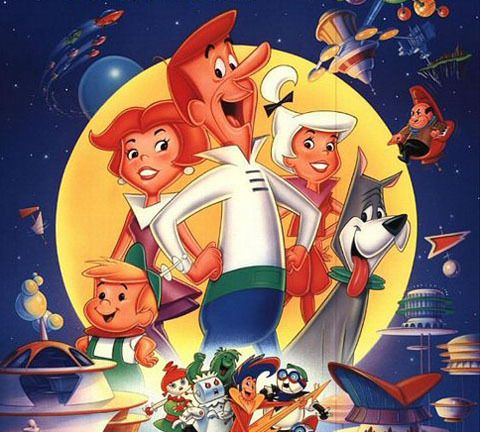 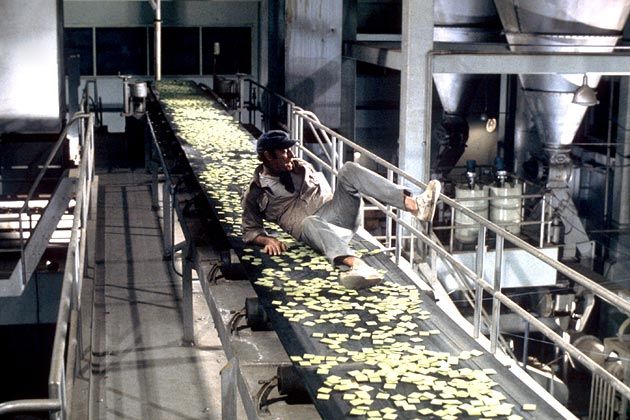 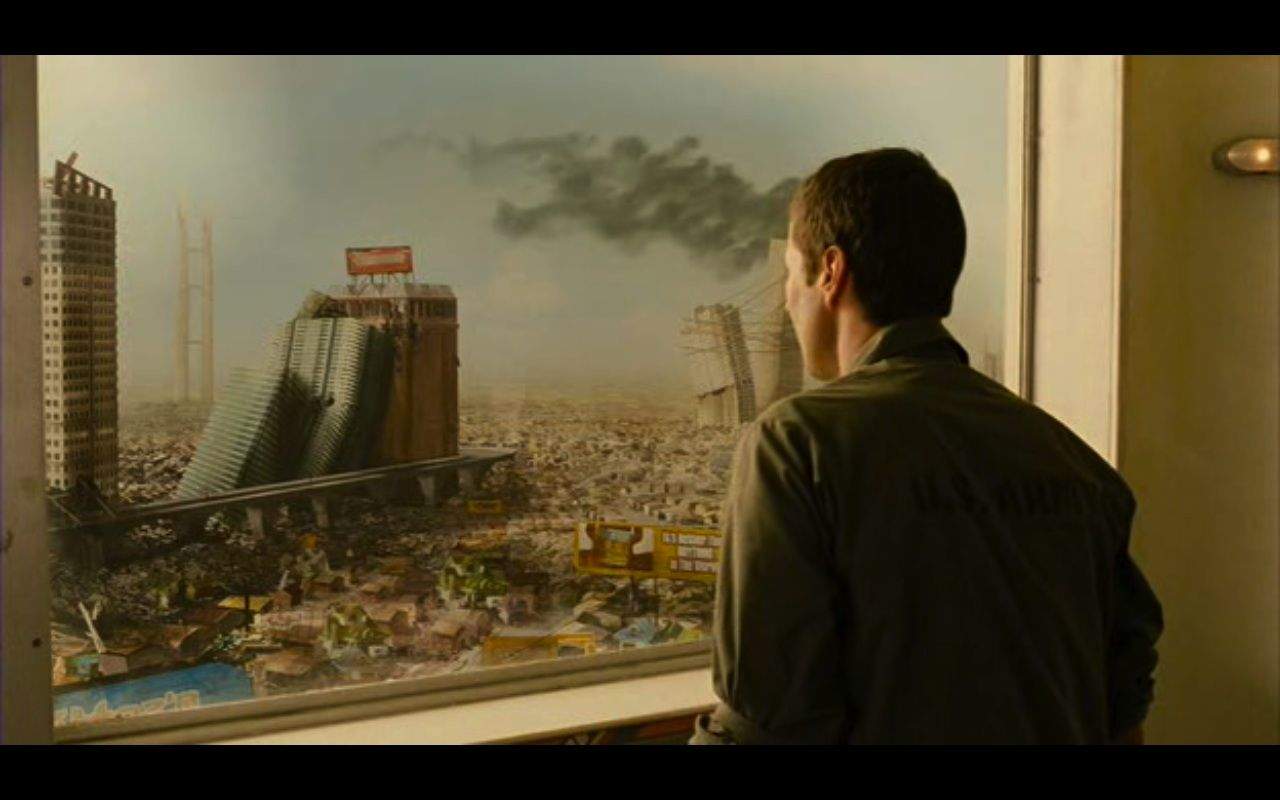 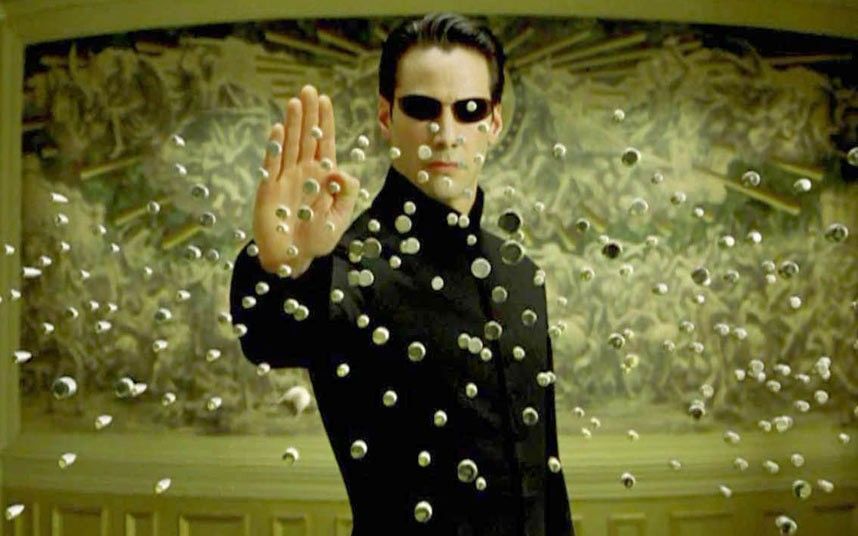 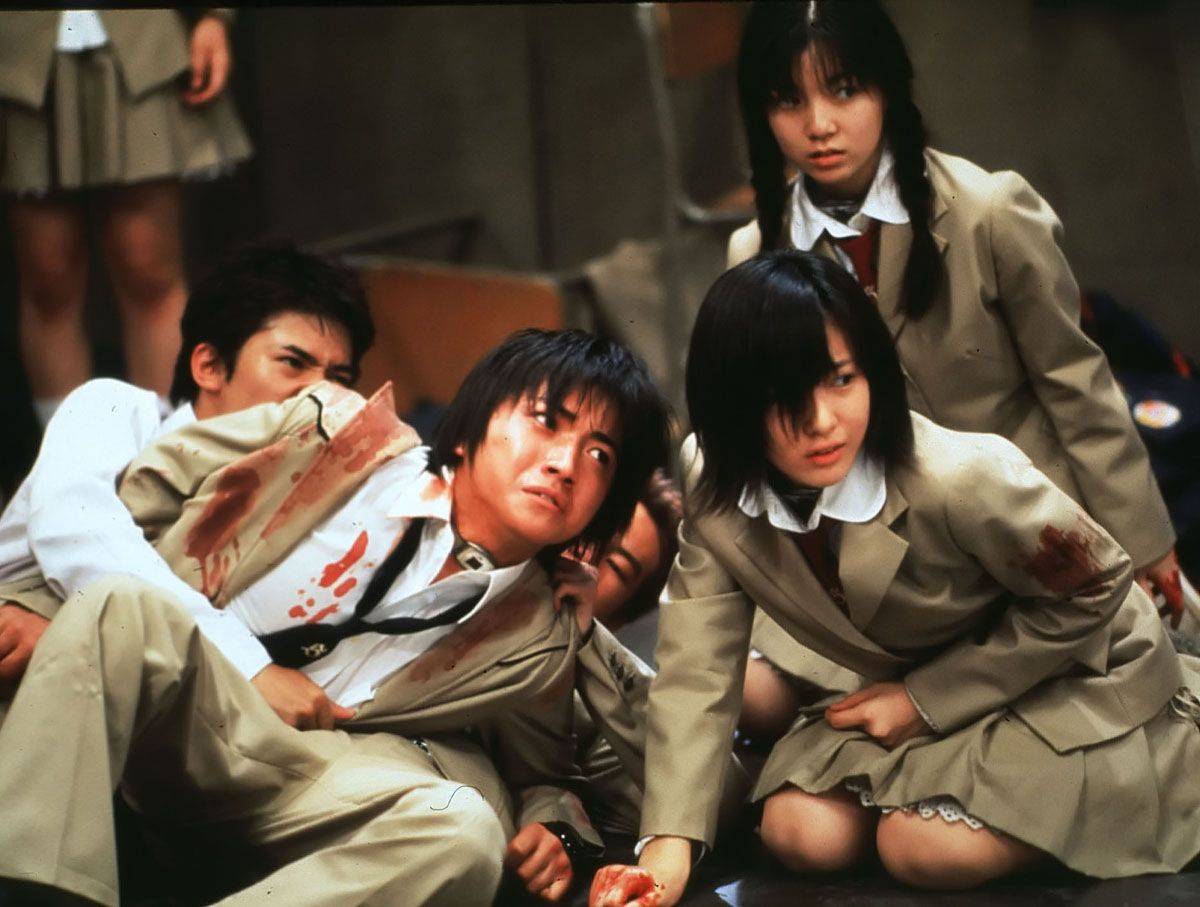