Bringing its award season to a shuddering halt, Aaron Sorkin and Danny Boyle’s Steve Jobs biopic had a disappointing night Sunday at the Oscars — with its two nominations failing to turn into wins.

END_OF_DOCUMENT_TOKEN_TO_BE_REPLACED

It’s the Oscars this weekend, and if you’re an Apple fan, one question that lingers in the mind is what exactly happened to all the early awards buzz for Aaron Sorkin and Danny Boyle’s Steve Jobs biopic.

Initially hailed as one of 2015’s crowning cinematic achievements, the movie bombed at the box office and even registered on some “worst movies of the year” lists. Although it has picked up Oscar nominations for Best Actor and Supporting Actress (Michael Fassbender and Kate Winslet), the movie failed to get put forward for Best Picture, while Sorkin was also a notable absence in the Best Adapted Screenplay category.

Having now seen Steve Jobs three times (twice at the theater and once on Blu-ray), here are my thoughts on why the flick was ultimately a disappointment.

END_OF_DOCUMENT_TOKEN_TO_BE_REPLACED

Steve Jobs may have flopped at the box office, but the team responsible for it are still confident that they can make up for the dismal lack of earnings with an Oscar.

According to a new report, Aaron Sorkin, Jeff Daniels (who plays John Sculley) and director Danny Boyle recently attended an “intimate brunch and Q&A” with a roomful of Academy voters at the St. Regis hotel.

END_OF_DOCUMENT_TOKEN_TO_BE_REPLACED
FULLSCREEN
And that means Hollywood's finest are contending for coveted nominations. There are a lot of great films in the running, and we've gathered five in particular that are almost sure to be nominees, if not winners.

Already a strong favorite among critics and the festival circuit, this film is based on legendary physicist Stephen Hawking and his relationship with his ex-wife, Jane Wilde Hawking.

With an 81% critics rating on Rotten Tomatoes, The Theory of Everything is being praised for its performances and screenplay. Eddie Redmayne's visceral portrayal of Hawking has been compared to roles like Daniel Day-Lewis in My Left Foot. Expect Redmayne to be in the race for best actor.

Benedict Cumberbatch plays Alan Turing, the brilliant mathematician and logician who helped crack a code that was crucial for defeating the Nazis in World War II.

This has all the makings of Oscar bait: a star-studded cast, warm festival reception, a period setting, and a strong leading man playing a character who was prosecuted for homosexuality. Best picture, director, actor, screenplay, and supporting actress nominations are probable.

Directed by Bennett Miller of Capote and Moneyball fame, Foxcatcher is sure to receive a slew of nominations and probably a few wins.

The story itself is portrayed in such a way that grips you from beginning to shockingly tragic end. Nominations for best picture, director, screenplay, actor, supporting actor, editing, makeup, and maybe even sound design are all very possible.

How can a film that literally shows a boy growing up not receive Oscar attention? Boyhood was shot intermittently over an eleven-year period, which is a feat in and of itself that will place it in film studies textbooks.

The scope of such a project is mind blowing, and critics have been overwhelming favorable with a 99% rating on Rotten Tomatoes. "Epic in technical scale but breathlessly intimate in narrative scope, Boyhood is a sprawling investigation of the human condition," reads the critical consensus. What more of a recommendation do you need?

Besides its witty dialogue and fascinating characters, Birdman soars on the talented wings of Gravity and Children of Men cinematographer Emmanuel Lubezki, who effortlessly follows the story with what feels like one continuous, epic shot. Birdman is worth watching for the way it looks alone, and it's hard to imagine it not winning best cinematography. 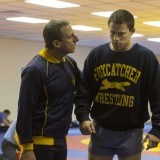 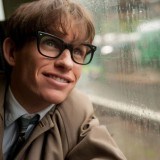 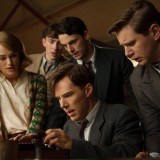 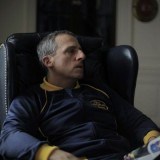 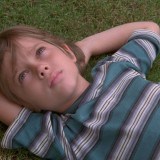 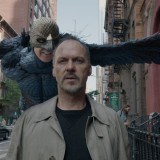 FULLSCREEN
Apple is definitely ready for its closeup.

Pixar films are always generous with their Apple product placements. Maybe it's because they're so simple a toy can use them, which is exactly what happens in Toy Story 3 when Woody uses Bonnie's Mac to Google directions back to Andy's house.

Meg Ryan's PowerBook was such a crucial plot point in You've Got Mail that it was visible for nearly four minutes of the 119-minute-long romantic comedy. The other 115 minutes might have been filled with a repeating loop of the AOL chime for all we know.

Phil Dunphy’s love of the Apple has been a reoccuring theme on Modern Family, but the best episode of all was when Steve Jobs and Jesus conspired to have the launch of the iPad fall on his birthday.

A Mac saves the world from imminent alien annihilation in Independence Day. His holiness Steve Jobs couldn't have written a better plot to glorify his creation's powers than Jeff Goldblum’s brilliant intergalactic hackery, powered by a PowerBook 5300.

In the terrorist-soaked world of Jack Bauer’s 24, the war of Mac versus PC is almost literal. The Washington Post notes that all the good guys on the show use Macs and the baddies are stuck on PCs, but some of the heroes eventually adopted HPs later in the series.

Liz Lemon and Jack Donaghy have had an iFest on NBC’s 30 Rock, with one episode's plot using Find My iPhone to locate Liz's lost device, while Alex Baldwin is always showing people pictures on his iPhone.

I imagine Justin Timberlake's charms usually circumvent the necessity to swear an oath of unholy platonic sex with right hand on an iPad Bible app, but in Friends with Benefits, Mila Kunis swings him into it. But it was just a fake bible so it was totally cool to break the promise later.

The physics geeks of The Big Bang Theory have been spotted using MacBooks from time to time but the love affair started in the first season when roommates Leonard and Sheldon were playing a MMORPG with friends. Though all the computers are covered with stickers, it looks like the only Mac user at the time was university researcher Raj.

What does the most conniving, vengeful man in Washington, D.C., use to run his quest for political domination? Apple, of course. And it's not just Francis Underwood. Reporter Kloe Barnes is also spotted throughout House of Cards getting scoops from her iPhone, even as death comes barreling through the subway.

Sex and the City

Carrie Bradshaw introduced millions of women to the coolness of Macs, thanks to the trusty PowerBook G3 she used to write her weekly column. It was due to the popularity of Sex and the City that el Jobso may have eventually relented on having the logo flipped around so it'd look right-side up when you see someone using it.

Before every hipster college student was toting a MacBook into the lecture hall, Reese Witherspoon's fashion-obsessed character in Legally Blonde absolutely had to have Jony Ive's unapologetically sherbet iBook in class to match her threads. Apple has ditched the colorful plastic, but MacBooks have only gotten more popular on campus.

Back To The Future

In the opening minutes of 1989’s Back to the Future II, Marty McFly lands in 2015, where hover-cars loom, Jaws 19 in 3D plays in movie theaters and folks sport layered outfits that only a daltonic could love. In an antiques store, Michael J. Fox does a double take over a “vintage” Mac sitting next to other '80s relics like a Dustbuster and a bottle of Perrier.

To retrieve vital info from that could save Earth from an intergalactic disaster, Men in Black II’s Will Smith decides to use an illegal deneuralizer. Of course getting his hands on one requires making a deal with Jeebs, whose rickety setup is cobbled together with a food mixer, a house fan and some stolen A/V gear -- all controlled with an iMac G3.

After her cellphone gets stolen by an eagle in The Proposal, Sandra Bullock's character picks up a replacement at the town general store and then goes to the only Internet cafe around to find all of her 37 urgent messages using an iMac G3 connected to civilization via a coin-operated modem.

In The Office, Dunder Mifflin's computer of choice was Apple for years during the early seasons before HP eventually bought up some promotional rights. Wanting to be the world's coolest boss, Michael Scott bought a video iPod for the White Elephant gift exchange in the Christmas episode, while MacBooks lingered around the conference room and other desks later in the series.

The blissful stupidity of Derek Zoolander and Hansel still gets us stoked for Orange Mocha Frappuccinos and gas station fuel-pump fights, but the male model duo took tech problems to all new heights in Zoolander as they struggled to open the iMac G3 carrying the files to stop Mugatu.

The new host of The Late Show is taking his Apple obsession with him. Stephen Colbert's been spotted pimping Apple products across the country, from toting iPads at the Grammys to posting selfies with the great Dave Letterman himself. 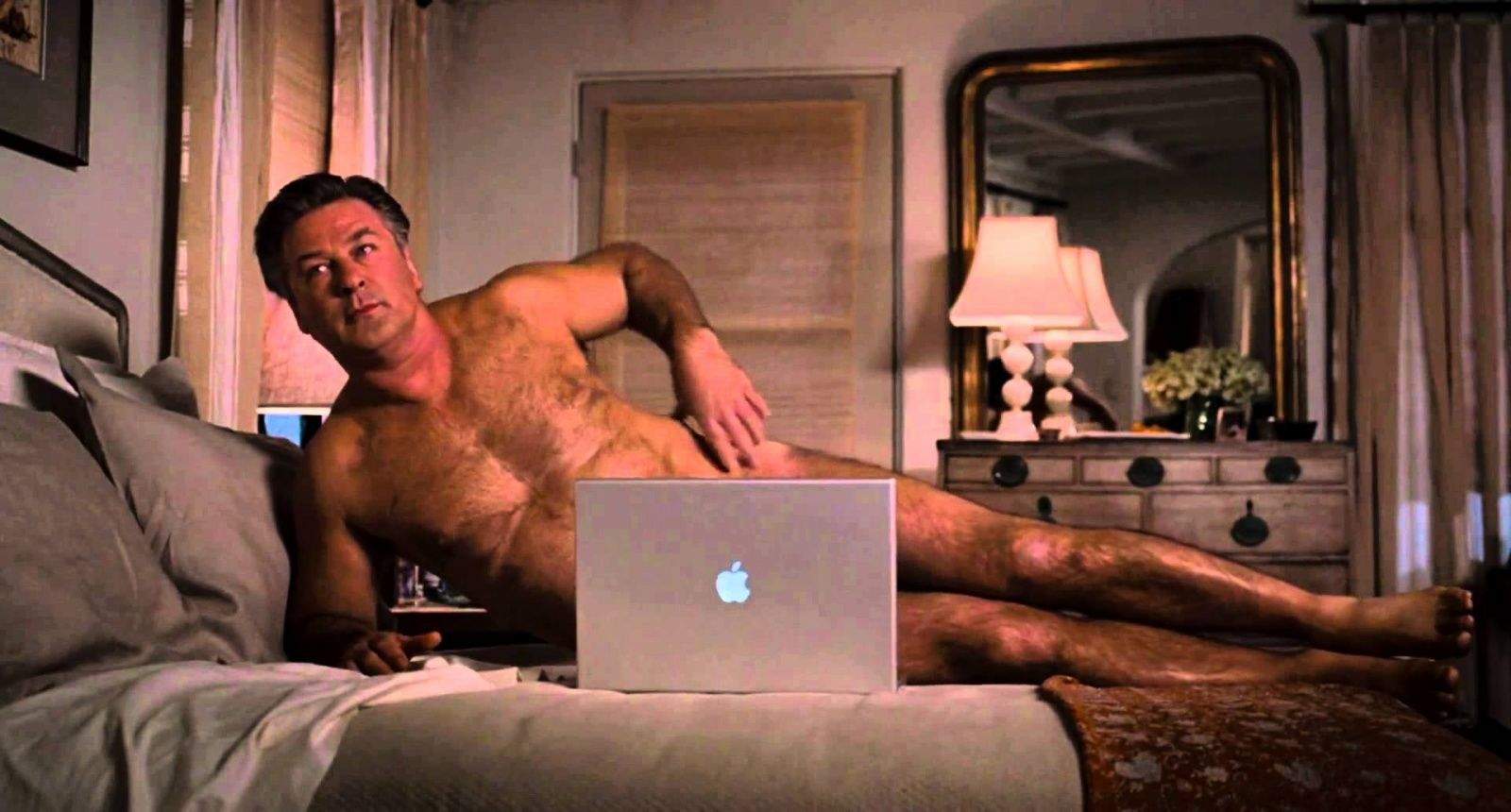 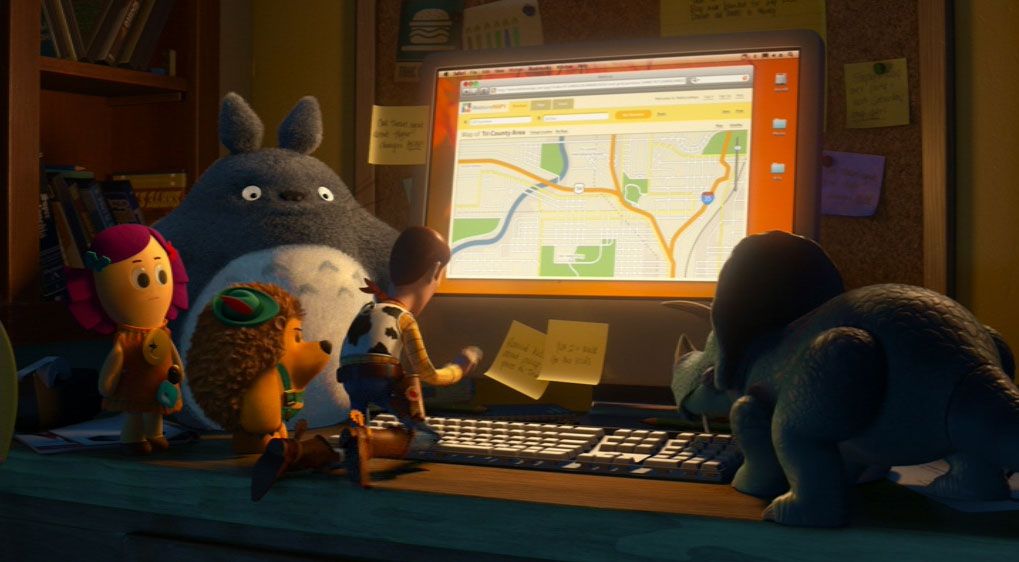 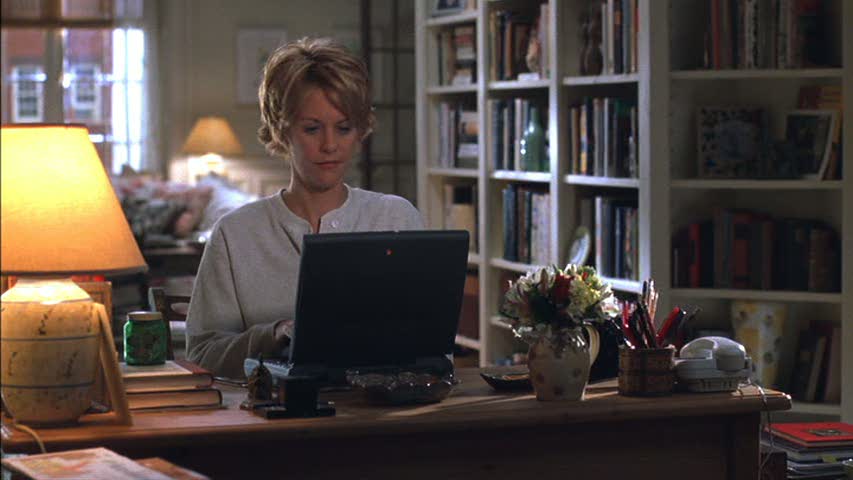 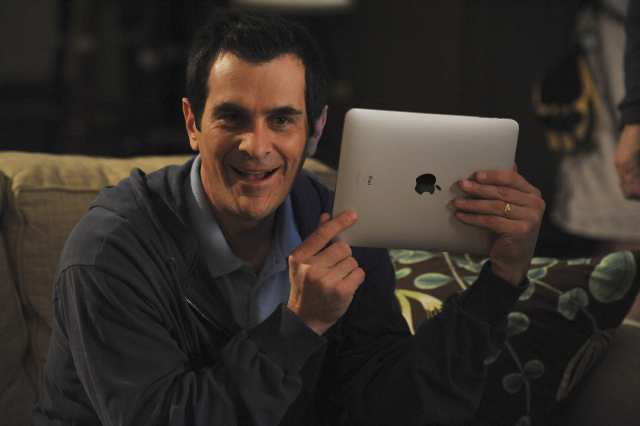 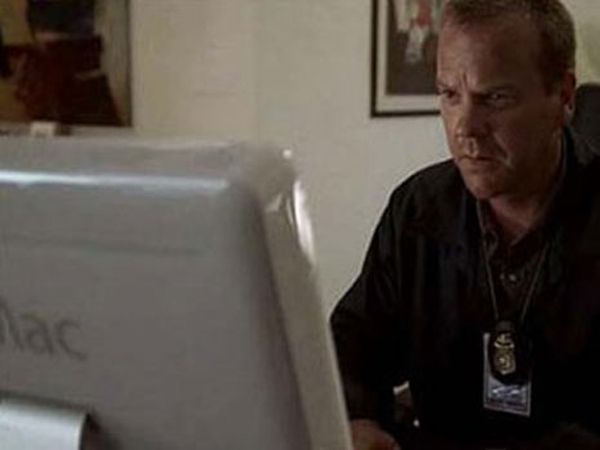 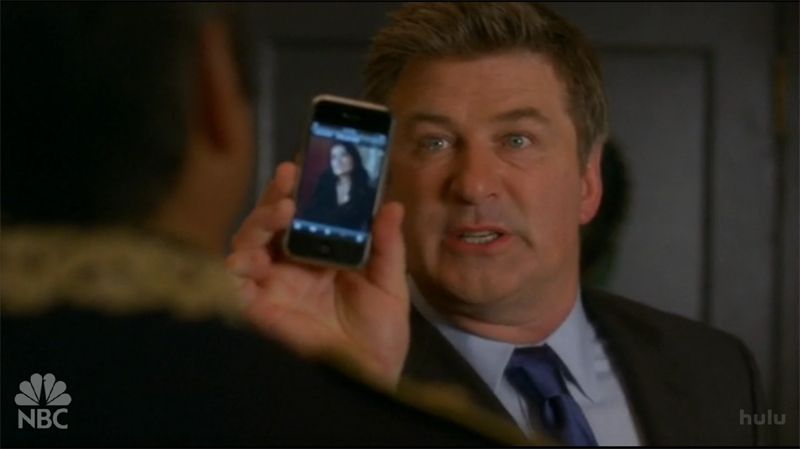 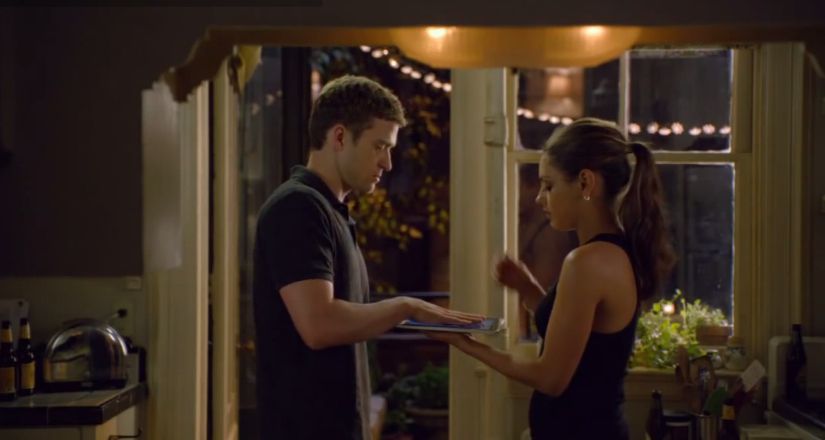 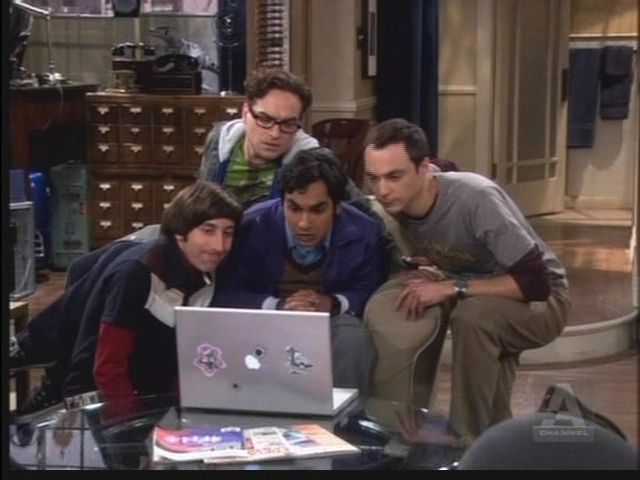 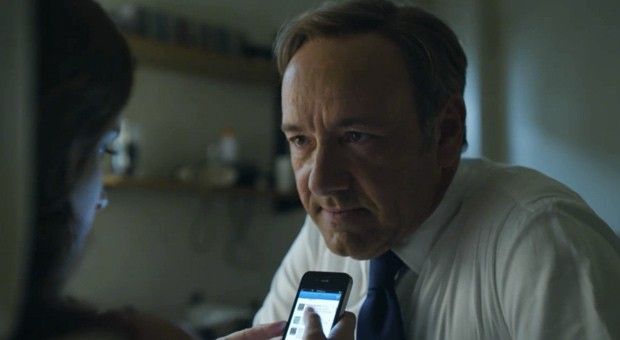 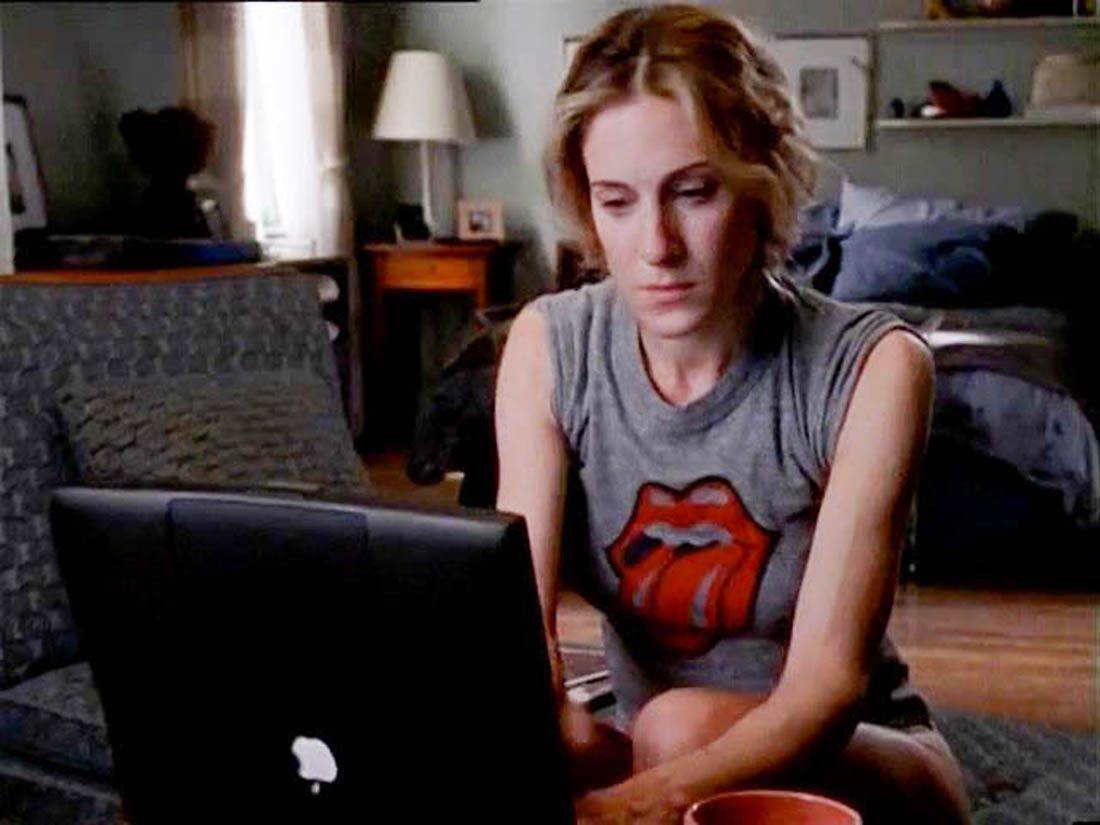 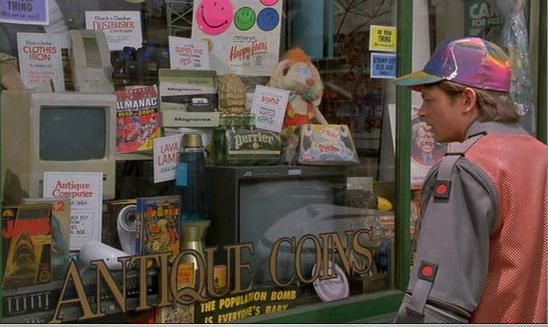 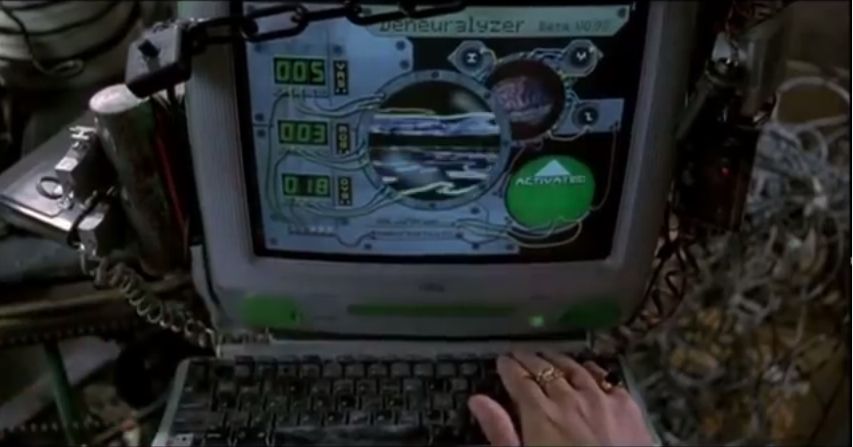 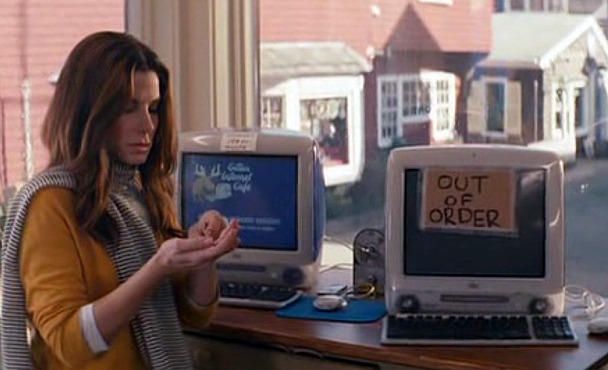 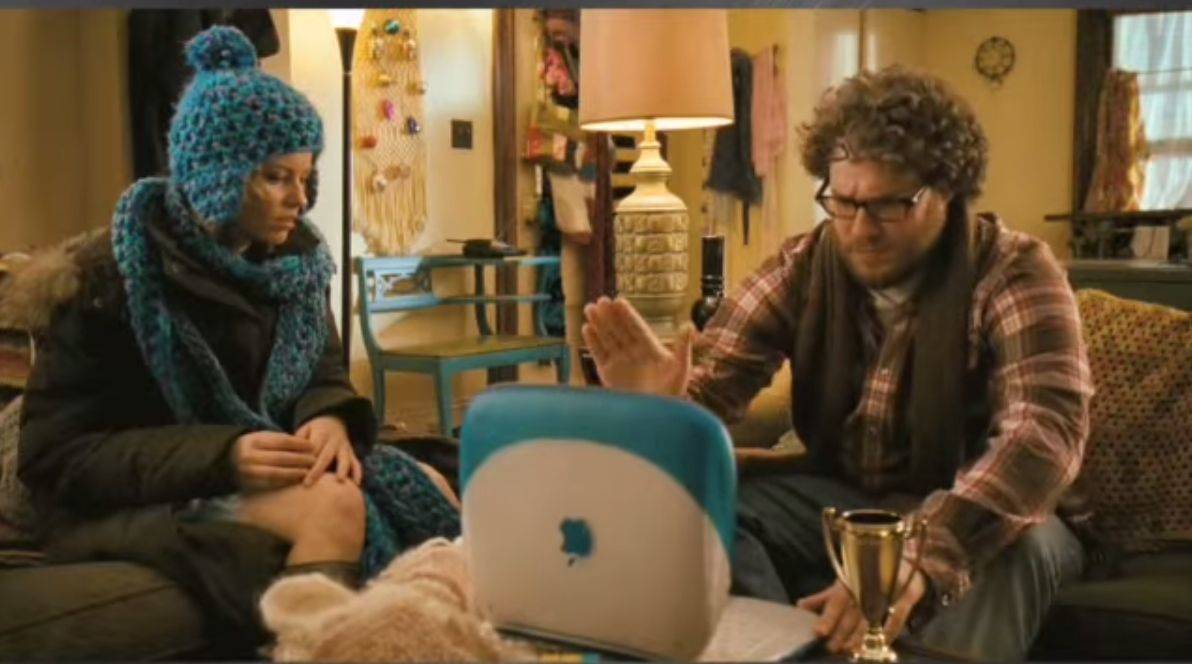 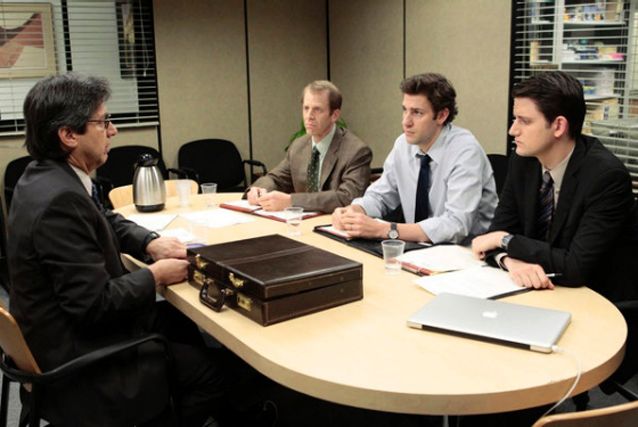 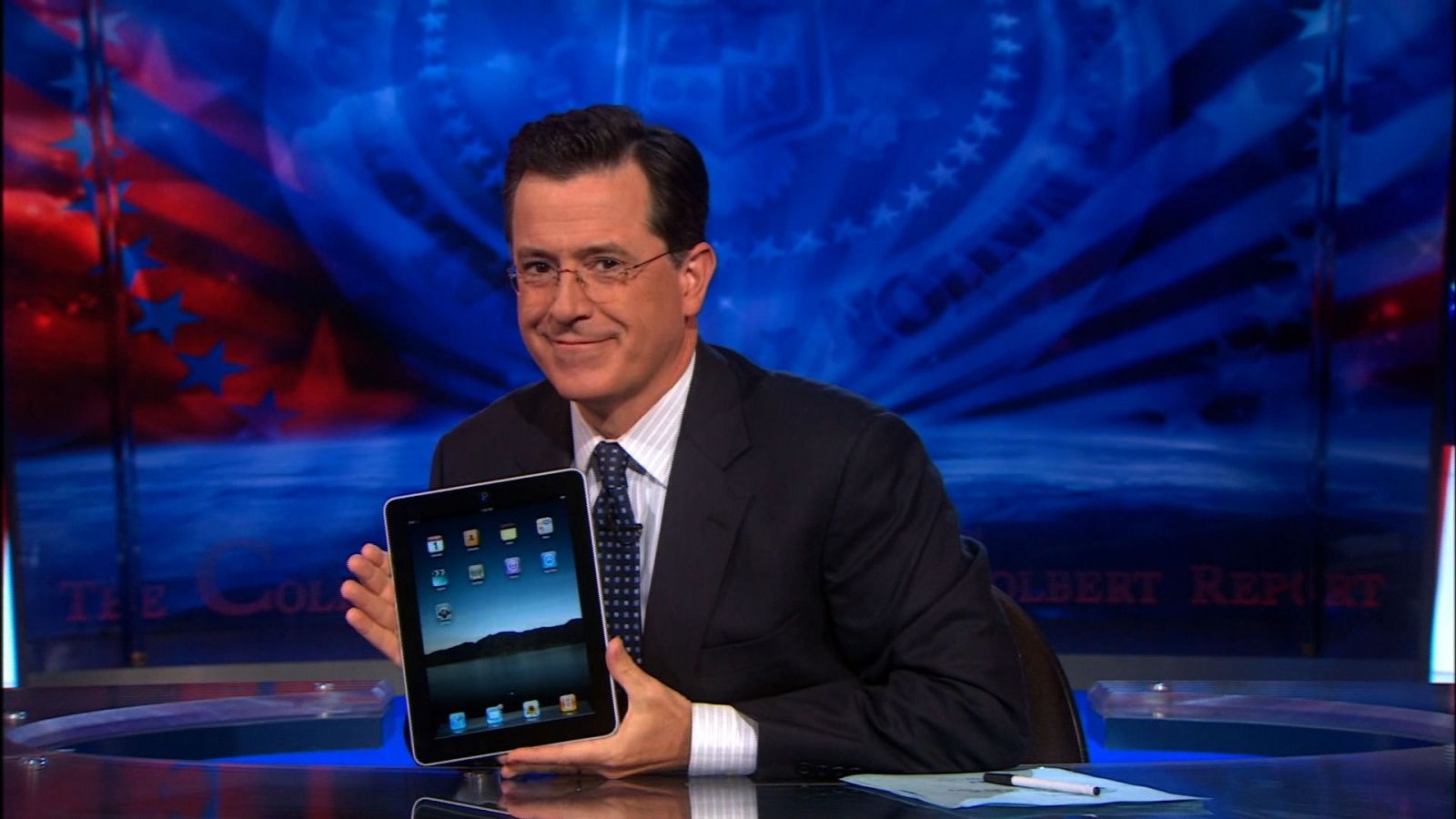 Hollywood loves Apple almost as much as it loves itself.

The passionate affair burned for decades before Samsung came snapping celebrity selfies with Ellen at the Oscars and dishing out enough paid endorsements to finance the next Star Wars trilogy.

Apple plans to fight back with its own buzz marketer in New York to keep its products in the hands of the elite and glamorous. But Cupertino has never had a problem getting its products on the big screen and into the coolest TV shows — even though Apple swears it doesn’t pay a dime for product placements. Here are 18 of the most iconic Apple cameos to hit the screen.

Samsung may have flashed a bit of cash to get Oscars host Ellen DeGeneres to appear on-stage with a Galaxy Note, but it seems that DeGeneres ditched the device backstage, as she was spotted tweeting out selfies using an iPhone.

END_OF_DOCUMENT_TOKEN_TO_BE_REPLACED

Want to watch the Oscars this Sunday, hosted by Ellen DeGeneres, no need to dust off the television: you can watch it right from your iPhone or iPad via the Watch ABC app. Unfortunately, though, there’s a catch, and a big one.

END_OF_DOCUMENT_TOKEN_TO_BE_REPLACED

Ahead of the 86th Academy Awards show, the Heads Up! app dreamed up by this year’s host Ellen DeGeneres has received a timely update — offering questions related to the Oscars.

Joining existing game categories including Celebrities, Animals, Accents, and Characters, the new time-limited Oscars game deck offers users a chance to brush up on their movie trivia knowledge in the most time-pressured setting imaginable. “It’s perfect perfect for your viewing party, or preparing for the big night starring Ellen,” the app’s developers state.

END_OF_DOCUMENT_TOKEN_TO_BE_REPLACED

What’d Samsung ripoff from Apple this week? Well, you may have heard that the Galaxy Gear just dropped a few days ago. The reviews have been less than stellar, but to promote its smartwatch Samsung released a commercial that looks a whole lot similar to the very first iPhone commercial Apple dropped at the Oscars in 2007.

The original iPhone ad featured tons of famous movie scenes with someone picking up a phone and saying “hello,” and then a shot of the iPhone was finally shown at the end. Samsung has taken inspiration from Apple and released their own take but all the scenes are people using smartwatches like in Star Trek, Predator, and Inspector gadget.

Take a look a look for yourself and tell us what you think:

END_OF_DOCUMENT_TOKEN_TO_BE_REPLACED

Amazon Instant Video integration is one of a number of new features that has been added to the official IMDb app for iOS today, allowing users who have the Amazon Instant Video app to quickly jump from IMDb right into the movie or TV show they were just checking out. The update also brings a new Oscars section, recommendations, and more.