This software activation post is brought to you by Keysbuff.

Keysbuff offers steep discounts on a variety of Microsoft software activation keys during its back-to-school sale event, now through September 1.

The company provides permanently activated global activation keys for products like Microsoft Windows 10 Pro and Office 2019 Professional Plus. As part of its back-to-school event, you can also win a free game key.

END_OF_DOCUMENT_TOKEN_TO_BE_REPLACED

Microsoft just rolled out a big update for Office 2016 on macOS, adding real-time collaboration that makes it easier to share the workload with colleagues. The feature is available in Word, Excel, and PowerPoint — and there are improvements for Outlook, too.

END_OF_DOCUMENT_TOKEN_TO_BE_REPLACED

After previewing its productivity suite to testers for the past four months, Microsoft Office 2016 for Mac is now available to anyone with an Office 365 subscription.

Microsoft announced this morning that the final version of Office 2016 is ready for primetime, marking the biggest update to come to Office for Mac since the last version was released nearly five years ago.

The new version of Office boasts a number of huge features that were designed with Mac in mind, including an improved user interface that feels like it’s part Windows, part Office for Mac 2011. The familiar Ribbon user interface is still around and plays nicely with OS X features like sandboxed, apps, Retina screen optimization, Multi-Touch gestures, and full screen views.

Check out some of the new goodies:

It’s the weekend, and Cult of Mac is here to bring you a roundup of all the app awesomeness you might have missed from the last week.

Without further ado, here are this week’s awesome apps!

The hottest app of the week in tech was Meerkat, a live video streaming service. It’s the talk of the town in Silicon Valley, but it hasn’t really caught on in the mainstream yet.

The idea is simple: you can start a live stream from your iPhone, and by linking with your Twitter account, automatically tweet a link for people to come watch. You can then chat with viewers directly in the app while streaming. Following people in the app means you get a push notification whenever they’re sharing video.

This entry is brought to you by Nektony, maker of Duplicates Expert.

Most Mac users' hard drives are clogged with space-wasting duplicate files. You accidentally create dupes when you copy a folder to a new destination without removing the original folder, download the same file twice, or back up your hard drive, among other ways.

Now you can find all those unneeded files with Duplicates Expert, the advanced duplicate finder. The Mac app scans your hard drive and any external drives, then provides a simple yet informative report about duplicate files and folders. It even flags similar items for inspection.

After scanning your drives, Duplicates Expert provides a visual report showing how much space each duplicate takes up, with the largest ones listed first. Then the app provides you with useful cleanup recommendations for fast, easy removal.

Duplicates Expert is loaded with great features that could speed up and simplify your Mac's performance: You'll find skip lists for files, folders and extensions; always/never select preferences; customizable scanning size options; and many more. It's the most powerful duplicate files finder around.

“The year is 2015: Mankind has created it's first sentient machine: a humanoid robot. If we only knew what would happen next, we probably could have saved ourselves. Now, we’re abandoning the only planet we’ve ever known.”

That’s the story behind Lastronaut, the latest endless runner worth playing. With its delightful retro design and soundtrack, it feels like a throwback to the kinds of games you grew up on.

Best of all: it costs nothing. No ads or in-app purchases. Its creators wanted it to be “love-letter” to the gaming industry. You can read the great story behind the pricing decision on Medium.

The latest app from the fine folks at Robocat is Breaking, a slightly different take on RSS.

You can add news sources by name (Cult of Mac, for example) and have the site’s last few posts displayed in a Notification Center widget. Simple. And if it sounds like something you could use, convenient.

Momentum is a new todo app that’s designed to help you achieve goals and track your goals. It’s more of a long-term experience than checking items off a list each day.

The Today widget showcases the app’s unique interface, which is designed to show you trends and how close you are to reaching your targets.

Imgur’s new iPhone app is a great way to browse its never-ending trove of silly GIFs and photo collections.

Photos are presented in swipe-able cards organized by what’s the most viral any given day, and you browse randomly or by new submissions too.

It's Wiper - your basic messenger between two people - text, videos and pictures - as well as HD voice calling. At any time, either party can hit the wipe button - totally wiping it from their screen, the other user's screen and wiper's servers. Permanently. There's no queue - it's done instantly.

They just integrated Bitcoin directly into Wiper to take Bitcoin mainstream. Each Wiper account now comes with a Bitcoin wallet. Essentially once you fill your wallet (you can do so from Coinbase) it's as easy as Venmo or Squarecash, but with Bitcoin.

Microsoft released Office 2016 as a free beta this week, and it’s actually not bad.

Price: Free (while the beta lasts) 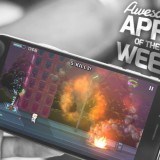 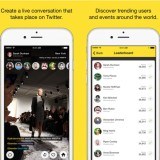 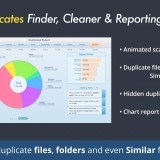 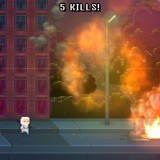 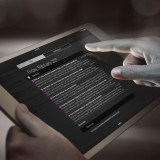 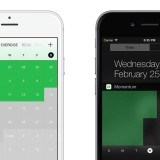 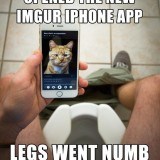 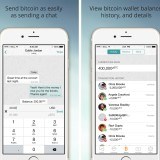 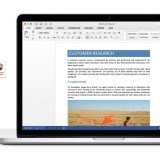