Apple received the highest possible score on the Human Rights Campaign’s 2019 Corporate Equality Index. This means it took steps to provide greater equity for LGBTQ workers and their families.

It’s one of 571 businesses earning the CEI’s top score of 100, meeting new and higher benchmarks.

END_OF_DOCUMENT_TOKEN_TO_BE_REPLACED

Apple confirmed to CNBC late on Monday that it has asked Arizona Governor Jan Brewer to veto the controversial religious freedom bill SB1062.

Apple is the latest company to urge Brewers to veto the bill, which critics have suggested will allow companies to use religious belief as a basis for discriminating against the gay and lesbian community.

END_OF_DOCUMENT_TOKEN_TO_BE_REPLACED 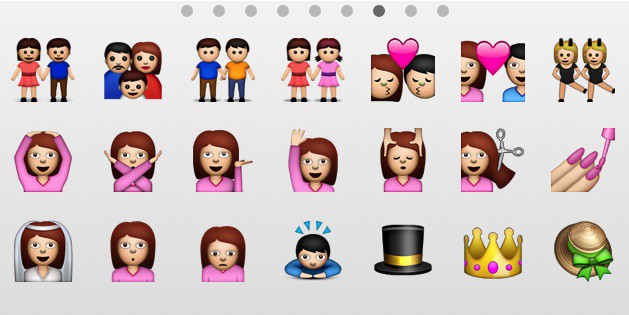 This is really great. Apple has taken the initiative in iOS 6 to update the operating system’s selection of emoji — or visual characters — to now not have some options for gay and lesbian users, including a gay and lesbian couple holding hands. Sweet!

That’s not all, of course. There’s also some cute new monkey who can do no evil, see no evil, and hear no evil, apparently. Hope they can’t smell evil, either, because they are just a few columns down from a grinning, anthropomorphical piece of crap.

I wish there were some gay and lesbian monkey emoji, but I guess Apple had to leave something back for iOS 7.