The makers of Floome, a new breathalyzer dongle that clips into a smartphone’s headphone jack, say their gadget is more accurate than the Breathometer breathalyzer we featured in March, because Floome is equipped with a key ingredient missing from the former: a flowmeter.

END_OF_DOCUMENT_TOKEN_TO_BE_REPLACED

Or rather, “have someone drive you home.”

After being vilified so much for contributing to dangerous roads (along with all other smartphones, of course), the iPhone will soon turn Samaritan, and maybe help to make the roads a little safer. That’s thanks to the new Breathometer, “the world’s first smartphone breathalyzer.”

END_OF_DOCUMENT_TOKEN_TO_BE_REPLACED

It’s taken three years, but HeartMath has finally responded, in the form of a major redesign, to the concerns we (and probably other critics) voiced over their original emWave stress-management gadget.

Where the emWave required plugging in to a USB port and cost $300, their new Inner Balance system works with pretty much any 30-pin iDevice and sells for just $99.

END_OF_DOCUMENT_TOKEN_TO_BE_REPLACED

We caught wind of the Mauz iPhone dongle from Spicebox last week during CES, and promised you a closer look; here it is. You’ll remember that the dongle connects to your Mac over wifi and lets you control it from your iPhone in three unusual ways: by flicking your iPhone, waving your hand over it or making a 3D-model on your Mac mimic the movements of your iPhone in real space.

END_OF_DOCUMENT_TOKEN_TO_BE_REPLACED

LAS VEGAS, CES 2013 – Earlier today we posted a snippet about the Mauz dongle, and how it can turn your iPhone into a remote that can control your desktop through gestures, through either waving your iPhone around, or waving your hand over it. Now the Israeli-designed device has hit Kickstarter, with a funding goal of $150,000.

END_OF_DOCUMENT_TOKEN_TO_BE_REPLACED

Closing its fourth round of funding, the mobile credit card processing company just raised $200 million, making it worth a staggeringly large $3.25 billion. The company, built by Jack Dorsey of Twitter fame, allows anyone with an iPhone, iPad, or other compatible mobile device, to accept credit cards. Square is widely seen as the industry leader in the mobile payment-with-a-dongle space (I just made that term up), as evidenced by other dongles released shortly thereafter by the likes of PayPal and Intuit, among others.

In what may come as no surprise, the COO of Square, Keith Rabois, is on record at All Things D, saying that the transition from current registers and point of sale devices (like ATM card-swiping devices) to iPads or other tablets will happen within the next year and a half. Square’s partnership with Starbucks is only the first of the steps being taken actively by Square to make this a self-fulfilling prophecy.

END_OF_DOCUMENT_TOKEN_TO_BE_REPLACED

Till January of this year, the Wahoo Key for iPhone ($80) dongle pwned fitness on the iPhone. Why? Because the tiny, ubiquitous dongle gives the iPhone access to dozens of ANT+ sensors, and more fitness apps than any other system — turning your iPhone into a fitness-tracking powerhouse.

Then in January, Wahoo one-upped itself and introduced the Wahoo Blue Bluetooth heart-rate strap, which completely bypasses ANT+ and instead communicates via low-energy Bluetooth v4.0. Does this mean the Key is obsolete? Not by a long shot.

END_OF_DOCUMENT_TOKEN_TO_BE_REPLACED

Wahoo’s popular ANT+ Fisica dongle, which allows the iPhone to read signals from fitness gadgets like heart-rate monitors, pedometers and bike sensors, is probably most widely used fitness iPhone accessory since its release a little  over a year ago. And today, Wahoo took the first step toward killing it.

END_OF_DOCUMENT_TOKEN_TO_BE_REPLACED 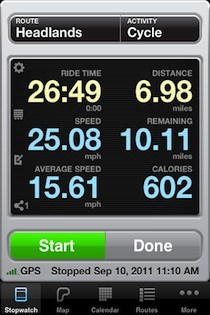 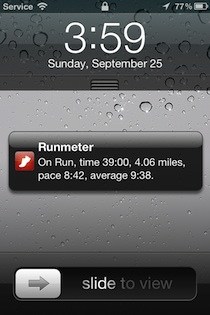 Last week was just a little more sweet than bitter for Apple devotees who also happen to be fitness junkies. That’s because Abvio’s trio of fitness apps — Runmeter, Walkmeter and Cyclemeter (which we’ve raved about) — have been granted two big upgrades, namely iOS 5-style notifications, and something we’ve been waiting a long time for: the ability to gather data from ANT+ dongles like Wahoo’s Fisica.