Android has long been available on desktops in some form, but it has never been done right. That’s going to change later this month with Remix OS, a platform that brings Android to almost any Mac and PC — and makes it usable by adding a familiar desktop interface.

END_OF_DOCUMENT_TOKEN_TO_BE_REPLACED

According to the website’s latest browsing statistics, the list of things Android users are into makes for a much more intriguing reading that that for iOS users. Mobile devices are also crushing the desktop when it comes to overall traffic, and Android has the edge.

Cooking, charging, carrying and, uh, cufflinking. Yes, this week’s Gadget Watch is all about the c-word. We even have a cubic camera, a keyboard with a nipple (which doesn’t start with "C" but it’s close -- and clicky).

Tiny kitchen? Hatred of unitaskers? Try the OXO Goodgrips Silicone Collapsible Colander, a fold-flat colander that can be used to wash and drain food, and also to cook it – heat-resistant to 600˚F, it can be dropped in boiling water to quickly boil veggies, then dish-washed, collapsed and filed back on your shelf. $30

Who needs a standing desk when you can just drop the LIFT on top of the desk you already own? Sure, it might look a little like a crappy TV stand flipped upside-down, but it is in fact a smart desk with cable routing, a drink holder, a mousemat (!), tablet and phone docking slots, and even a dry-erase whiteboard. Plus the height can be configured to suit you. It’s also a lot cheaper than a standing desk, although not cheaper than my repurposed €40 workbench with sawn-off legs. From $248

Waterfield is on a roll this summer, and the Vertigo is the latest bag I want to sling over my shoulder. It’s a vertical notebook bag that looks and works a lot like Waterfield’s Franklin Tote. Inside the main zip-open chamber are pockets set into a golden lining, with a magazine pocket on the outside for even more gear. Hand and shoulder straps are made from soft-an-strong seat belt webbing, and you can choose from black ballistic nylon or waxed canvas, in two colors and three sizes (from iPad Air to MacBook Pro). From $129.

These bike-chain cufflinks are frikkin awesome. They’re also probably a little too heavy for anything other than the most stiffly starched of double-folding shirt cuffs, but who really cares? They’re also pretty easy to make if you have access to an old chain and a chain splitter – and if you’re even reading this it’s pretty certain that you do. Thankfully they’re not too pricey, although the shipping from Australia might be. $50

It’s hard to express how much I love my clicky Filco Majestouch keyboard, but I’ll give it a go. “Nyyyyhhhhaaah!” That’s the sound of a man’s “exit push,” as it were. But I’m willing to forego my Cherry MX Blue key switches for a while in order to try out the awesome Endurapro, which uses buckling spring switches (like the old IBM Model M keyboard). Not only that, but it even has a red nipple and mouse buttons, so you don’t need to reach out like 5 feet to the right, over the cursor block and number pad, just to reach your mouse. £99

I’m skeptical of buying a bike lock off Kickstarter, but I appreciate clever new design, and the Vier is certainly clever. It’s like two U-locks combined, with twin locking bars and dual side shafts. This lets it collapse down into a small package, but it also means you have to fasten two separate locks, one on each cylinder. $80

The Biolite KettleCharge was invented when somebody put a TV remote on top of a giant pub ashtray and something clicked in their brain. The result is a kettle that boils water and simultaneously charges your USB device (the 10-watt output will even fast-charge iPads). The kettle has a thermoelectric generator in its base, which uses the difference in temperature between the hot fire/stove beneath and the cold water above to create a current. But all you need to know is that you can make you morning coffee and charge your iPhone at the same time. $150

This cute cubic camera is a lifelogger with a Polaroid label. The 1080p, 6MP camera shoots wide (124-degree) stills or video and has a built-in mounting magnet in the base. It can also connect to various mounts (tripod, bike) and even slide into an equally cute waterproof case. When I see a lifelogger camera I just quail at the responsibility of organizing all those hours of footage, but a stronger person might enjoy the fact that they can gather hours of boring video for just $100.

Grovemade’s beautiful tray not only holds your Apple aluminum wireless keyboard, it also converts the useless gap underneath into a handy storage space. Better still, that space is sculpted into compartments, with space for spare AA batteries (three of ‘em), paperclips (a piece of stationery that is now only used for ejecting SIM trays and resetting routers) and – LOL – business cards. Price? $59 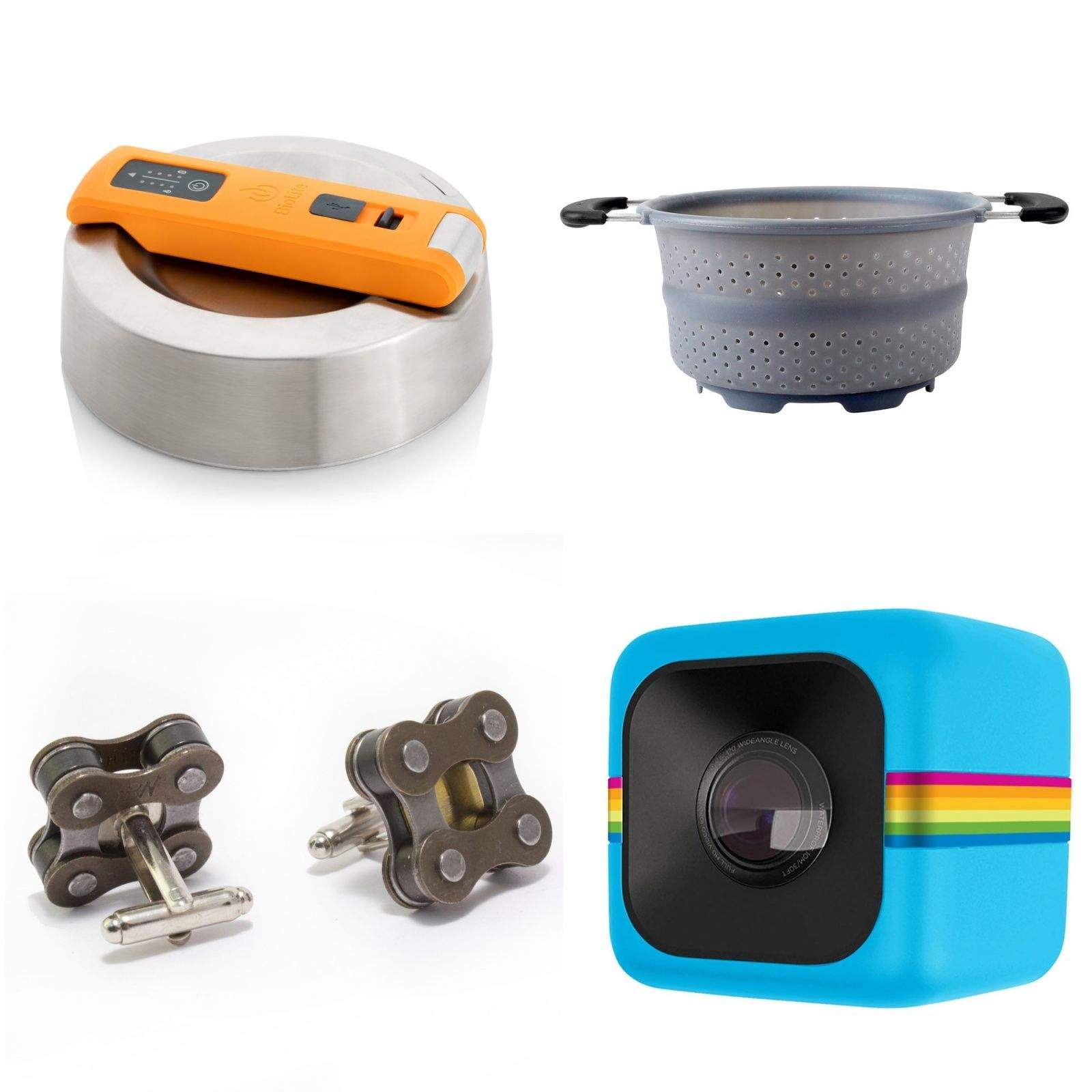 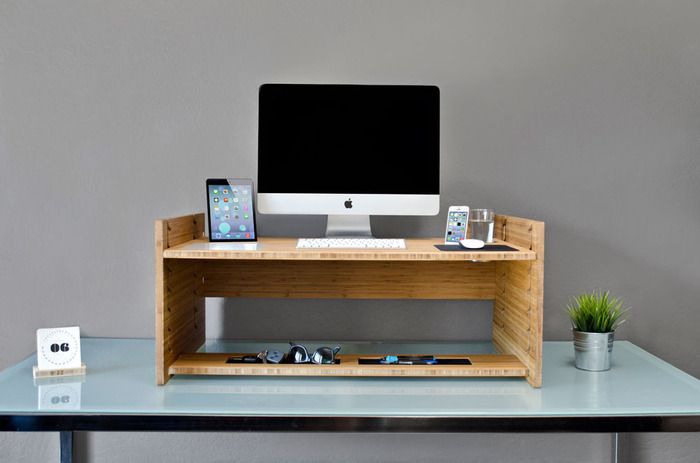 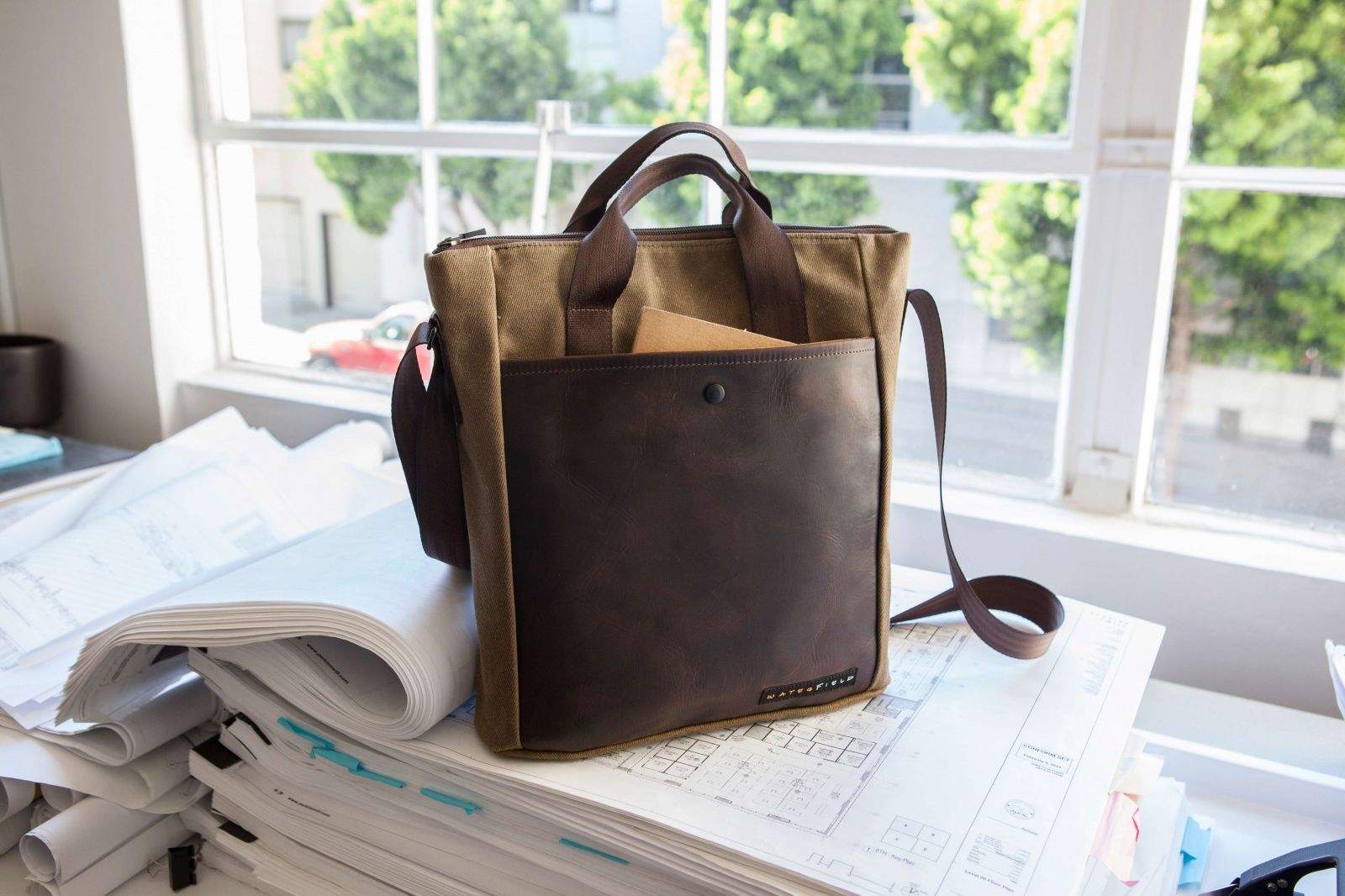 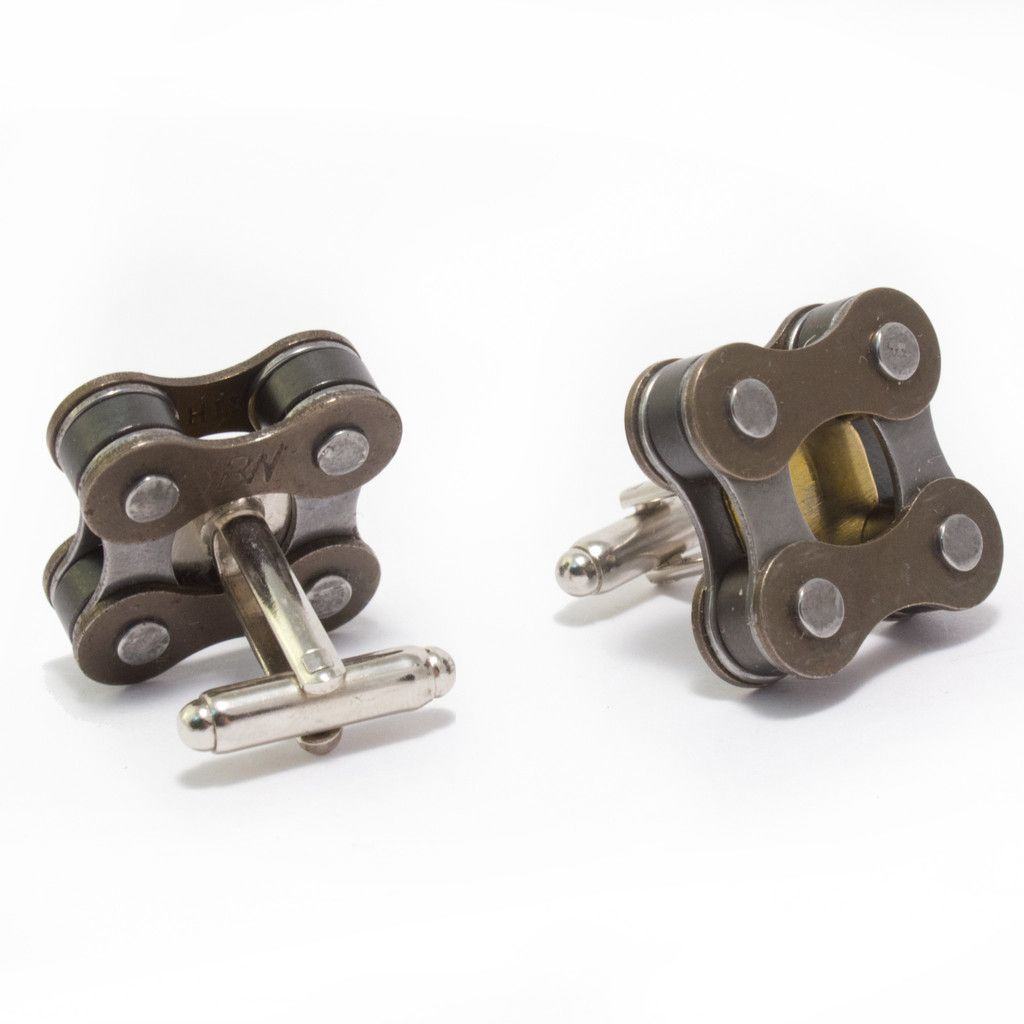 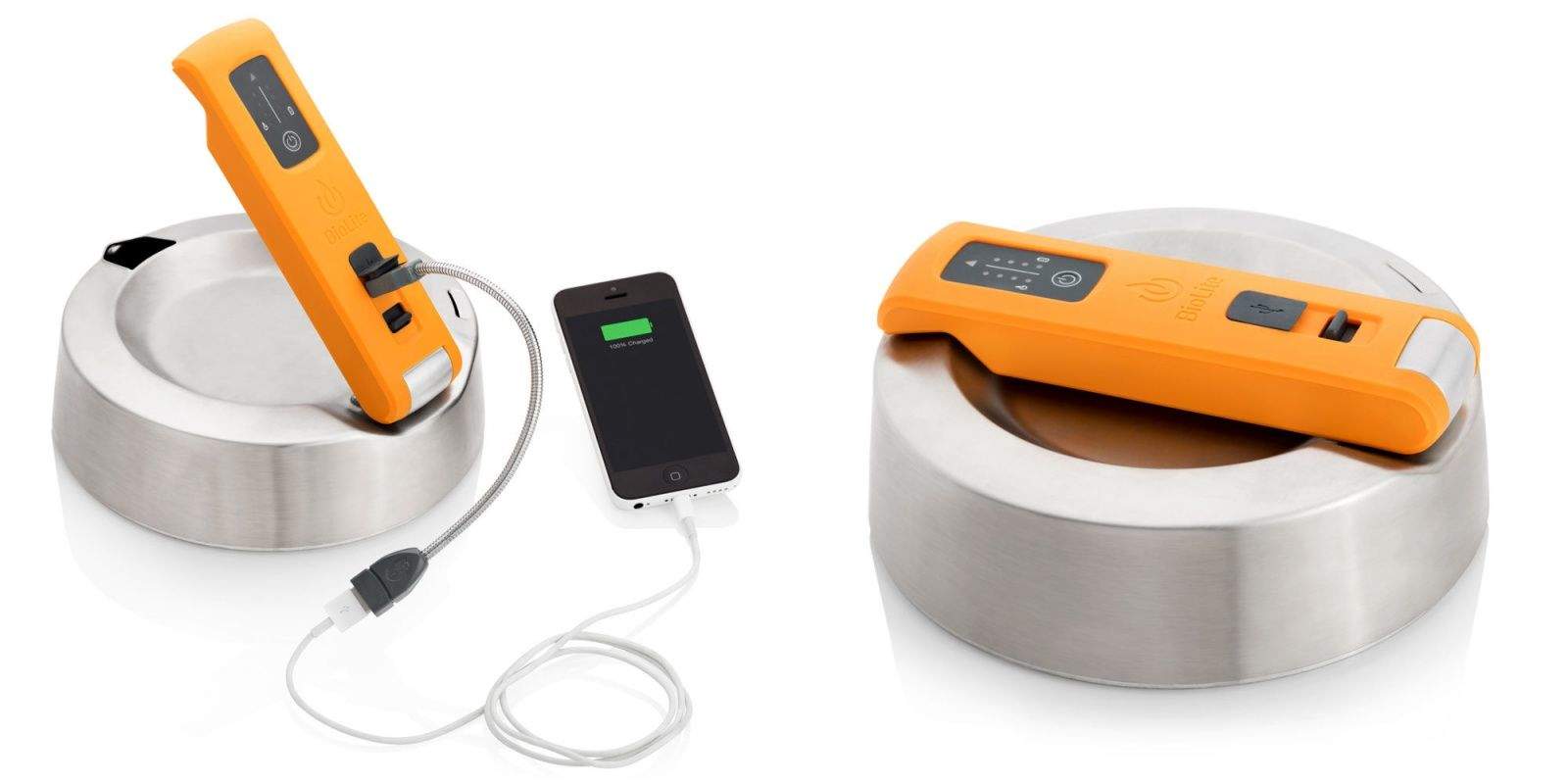 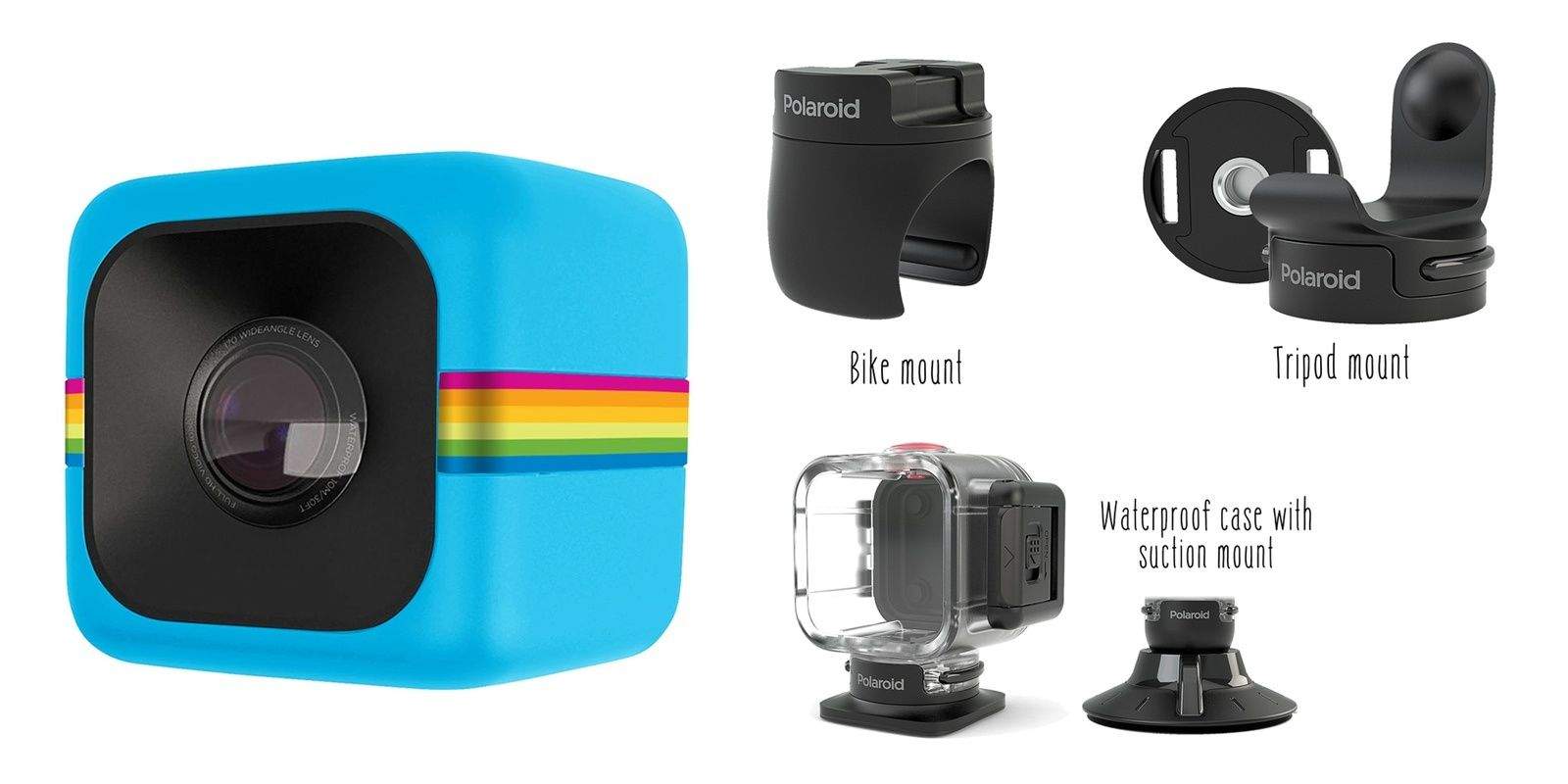 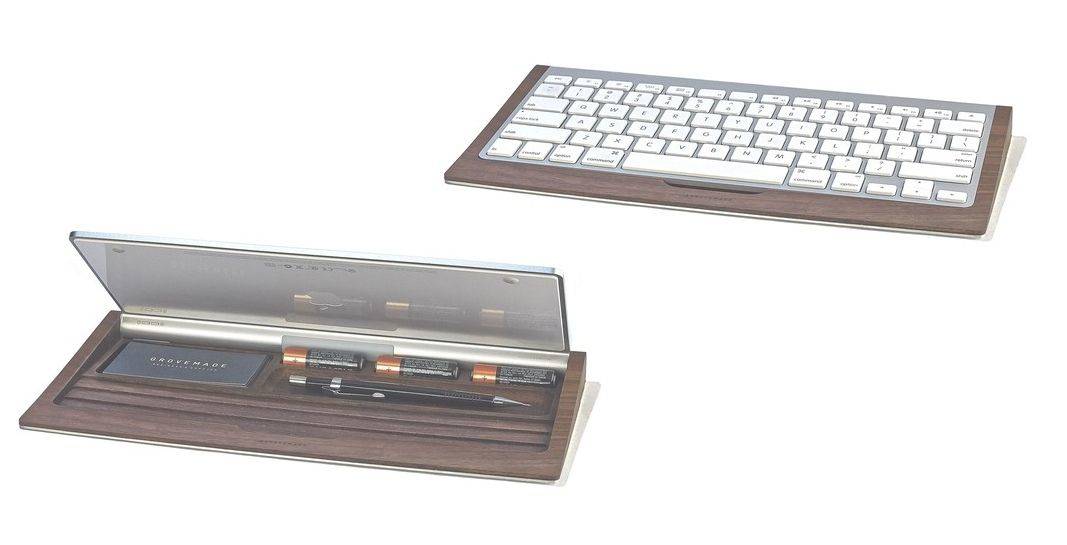 Grovemade already makes some of our favorite wooden accessories for the iPad and iPhone, but now the San Francisco based woodworkers are entering the realm of the desktop with the Grovemade Desk collection, a gorgeous array of accessories for the wood-obsessed Mac fan.

END_OF_DOCUMENT_TOKEN_TO_BE_REPLACED

Does the iOS-centric IBM-Apple deal equal the end of the road for desktops? Absolutely it does, if you believe Bob Tinker, CEO of the newly-public company MobileIron.

Discussing the recent alliance between the two tech giants during his company’s first earnings call, Tinker pointed to the IBM-Apple deal as something of a signal moment for mobile. “I think of it as a positive that IBM’s committed to building mobile apps for enterprises, switching away from Windows to mobile platforms,” he noted.

“This signals the end of the desktop era. IBM once made a deal with Microsoft in the late 1980s that ushered in the era of the desktop, and now they’re ending it with Apple.”

END_OF_DOCUMENT_TOKEN_TO_BE_REPLACED

The team behind CyanogenMod has released a new CyanogenMod Installer tool for Mac that makes it easy to load the latest versions of its custom ROMs with just one click. Compatible with both smartphones and tablets, the installer does not require devices to be rooted or an unlocked bootloader.

END_OF_DOCUMENT_TOKEN_TO_BE_REPLACED

UPDATE: Facebook has now confirmed auto-playing ads will rollout this week. See the update at the bottom of this post.

Facebook’s auto-playing video ads, which first appeared on iOS last week, will be seen by all users on all platforms later this week, The Wall Street Journal reports. You’ll see them on your desktop as well as your mobile devices, and they will play automatically as you scroll through your timeline.

END_OF_DOCUMENT_TOKEN_TO_BE_REPLACED

Viber, the hugely popular cross-platform messaging service, now offers low-cost calls to mobile phones and landlines worldwide as part of a new service called Viber Out. It’s available on Android, iOS, and though the Viber desktop client, and it boasts call fees substantially cheaper than Skype’s.

END_OF_DOCUMENT_TOKEN_TO_BE_REPLACED

Movable Ink — a New York City-based company whose technology allows clients to create more relevant email marketing campaigns — has put together this data visualization graphic, showing the United States divided by whether they prefer using smartphones and tablets to access their emails, or the classic desktop approach.

END_OF_DOCUMENT_TOKEN_TO_BE_REPLACED

Edifier is a lesser-known company with roots in China, and a design lab in Vancouver, British Columbia. While Edifier speakers have seen table time in Apple stores in the past, they seem to be making a bigger push here in the States within the last year or two.

Their latest set is the e25 Luna Eclipse, Bluetooth-equipped speakers stuffed with some trick tech and 74 watts of power per channel — at the upper end for a set of desktop media speakers.