Apple has teamed up with Burger King to offer Apple Pay customers a Crispy Chicken Sandwich for just one single dollar when they place a $10 advance order using the Burger King iOS app and pay with Apple’s mobile payments service.

END_OF_DOCUMENT_TOKEN_TO_BE_REPLACED

Houston police arrested these two geniuses after they uploaded a celebratory selfie video from Burger King to flaunt the cash they stole, along with an iPad, laptop and a couple other items left in someone’s unlocked car. The duo took a number of selfies and even uploaded a video to Facebook showing the $5,000 in C-notes they’d just stolen.

“This, my good people, is what we get from a good night’s hustle,” Dillian says in the video, completely oblivious to the wonders of iCloud and the felony theft charges that are about to follow.

Check out their video below:

END_OF_DOCUMENT_TOKEN_TO_BE_REPLACED
FULLSCREEN
This creepy, creepy chicken is getting ready to dance again.
Long before Microsoft recruited Cortana to be its Siri clone, Clippy was bugging the living hell out of Windows users, earning it a nod as one of the worst software design blunders in the annals of computing. Reboot it: Make the new Clippy more like HAL 9000.
If and when Ghostbusters 3 finally comes to theaters, there's only one monster we're dying to see again: the Stay Puft Marshmallow Man. Reboot it: We'd love to see what kind of damage his squishy muscles could inflict against the Pillsbury Doughboy.
Starting in 1926, Reddy Kilowatt was the power industry's bright red ambassador, charged with wooing rural residents who hadn't yet embraced the wonders of electricity. Reboot it: Mad scientist Elon Musk supercharges Reddy to promote Tesla charging stations.
To highlight its 30-minutes-or-less delivery skills, Domino’s Pizza created The Noid, a physical manifestation of everything that can go wrong in the race from oven to hungry customers’ doorsteps. The Noid reached deep into pop culture with appearances on shows like Family Guy. Reboot it: Hire actor Tom Hiddleston to give Noid 2.0 a mischievous edge.
The Taco Bell Chihuahua yapped its way into our hearts between 1997 and 2000 with his Spanish catchphrase, "¡Yo quiero Taco Bell!" Gidget, the petite pooch that starred in the popular commercials, died of a stroke in 2009 at 15 years of age. Reboot it: Make the new Taco Bell hound a pit bull with a penchant for hot sauce.
"Dude, you're getting a Dell" used to sound as cool as "OMG you're getting a Mac!" thanks to Ben Curtis (aka Slacker Steve), the character who advised prospective buyers about all the perks of owning a Dell. The ad campaign ran from 2000 to 2003 while Steve Jobs was still working on Apple's comeback Reboot it: Colorado cannabis companies could use Dell Dude 2.0 to pitch high-tech vapes.
Apple's "Get a Mac" campaign got laughs at Microsoft's expense from 2006 to 2009.
Taking office in 1971, Mayor McCheese ruled McDonaldland while wearing a top hat, a diplomat's sash and a pair of spectacles. The incompetent mayor managed his office as badly as Mayor Rob Ford, but didn't get the boot until 1985. Reboot it: Get Christopher Nolan to stamp a gritty new vision on the ads. (The Hamburglar will steal the show.)
At the height of the dot-com boom, Pets.com's sock-puppet pooch reached cultlike status thanks to a series of silly, street interview-style commercials. Reboot it: You'll know the next tech bubble is about to burst once the sock comes back as BuzzFeed's newest tech reporter.
The Department of Transportation made crash tests fun in the 1980s with a series of ads featuring the antics of talking crash dummies Vince and Larry. Their slapstick jokes, along with the slogan "You could learn a lot from a dummy," propped up a popular campaign to teach kids about the dangers of not buckling their seat belts. Reboot it: Capture Vince and Larry's high-speed encounters in 4K super slow-mo. (Quips can be normal speed.)
After appearing in a Quiznos commercial, Web wonders the Spongmonkeys' caught fire in 2004, making the odd tarsiers with their human mouths and oversize eyes one of the Internet's most popular memes -- before memes were even a thing.Reboot it: Just bring them back. Now.
Budweiser's beer-loving frogs -- Bud, Weis and Er -- jumped into a pool of fame with the brewer's 1995 Super Bowl commercial, which has been recognized as one of the top five of all time. Reboot it: Shoot actual frogs in high definition, with or without beer. People love that Animal Planet crap.
The most minimalist mascot ever created, Cool Spot was birthed from the red spot in the 7 Up logo as an anthropomorphized dot with arms, legs, a mouth and sunglasses. His might look boring, but Cool Spot's adventures were anything but. Reboot it: 7 Up would be drenched in cash if it brought Cool Spot to the App Store as a new endless-runner game.
From 1964 to 1985, bow-tied fussbudget Mr. Whipple charmed supermarket shoppers with his love for Charmin toilet paper. Reboot it: Make the enforcer of the "don't squeeze the Charmin" rule a robot. Grab a Cylon off the Battlestar Galactica scrap heap and call it done.
Nipper became a mascot legend in 1899 when his owner copyrighted his painting of the dog listening to a phonograph. The painting inspired the dog and gramophone logo used by Victor and HMV records before RCA adopted it in 1977. Reboot it: EMI & RCA Records should tag-team on a streaming-music app called Nipper. 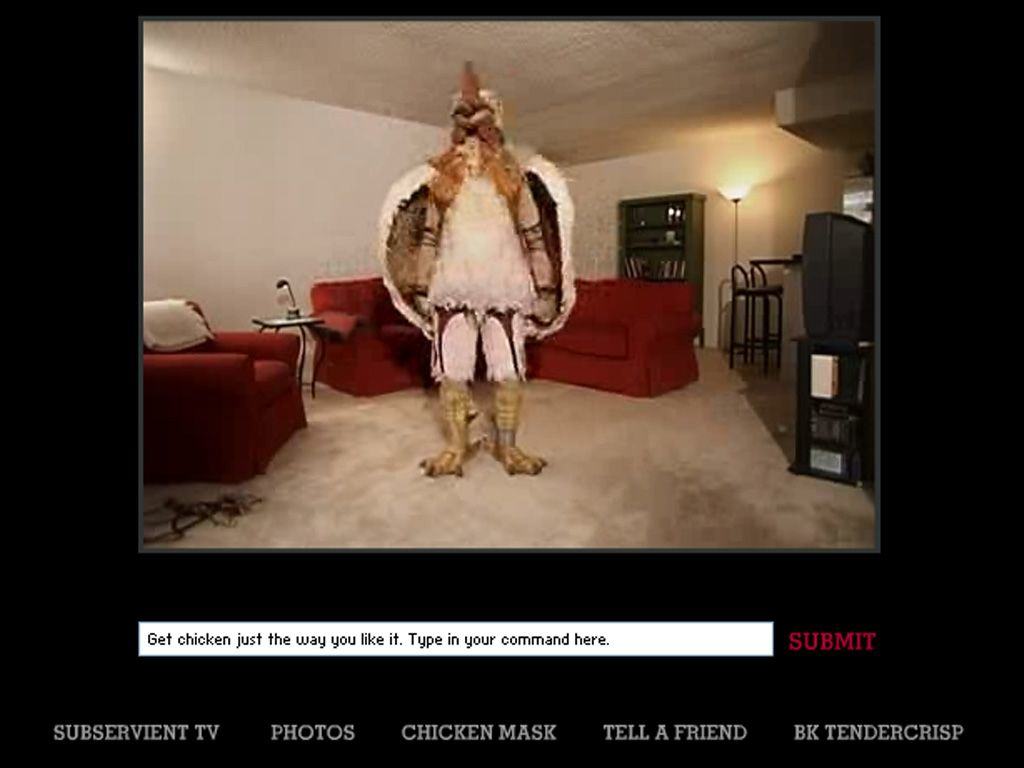 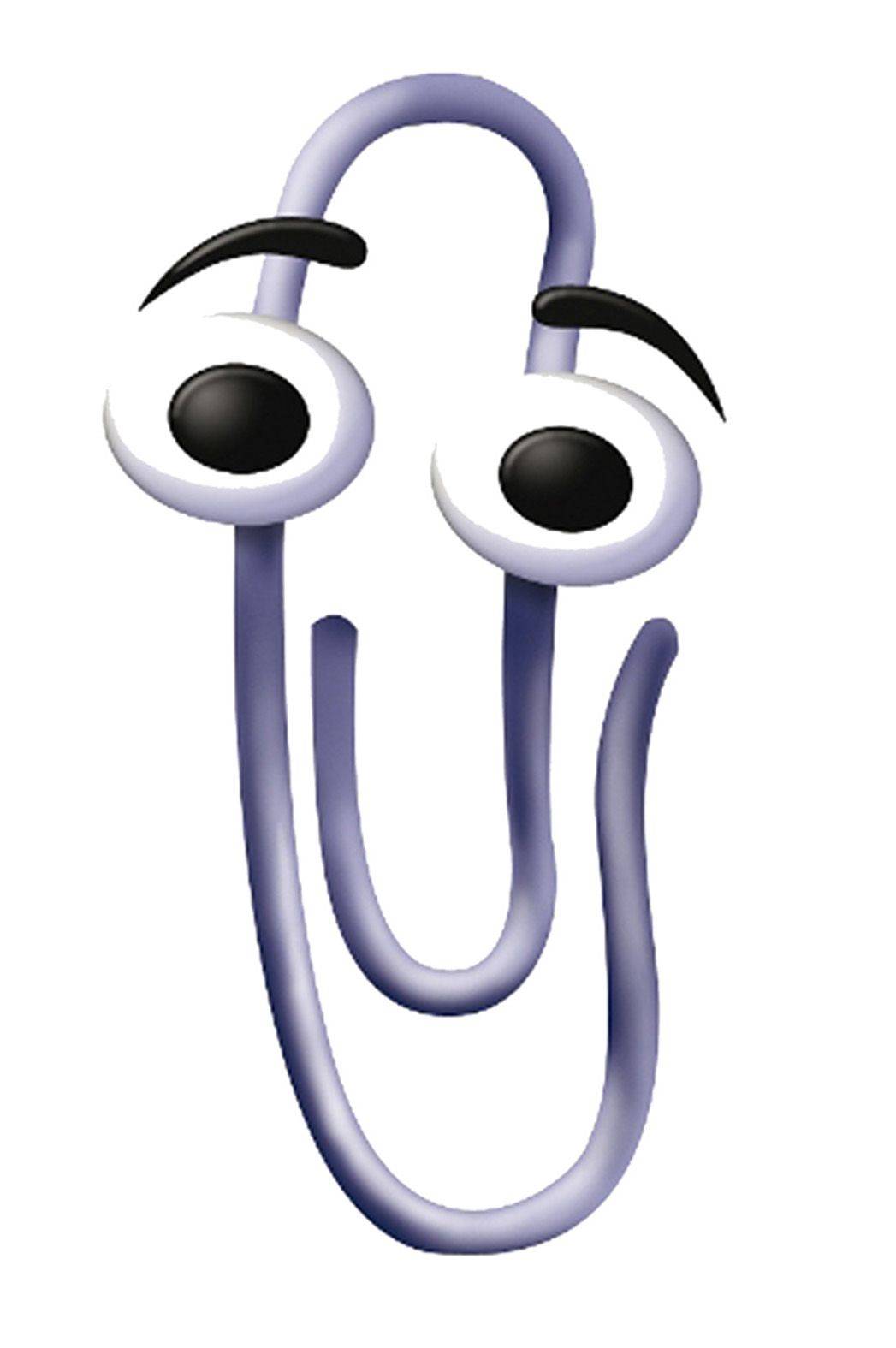 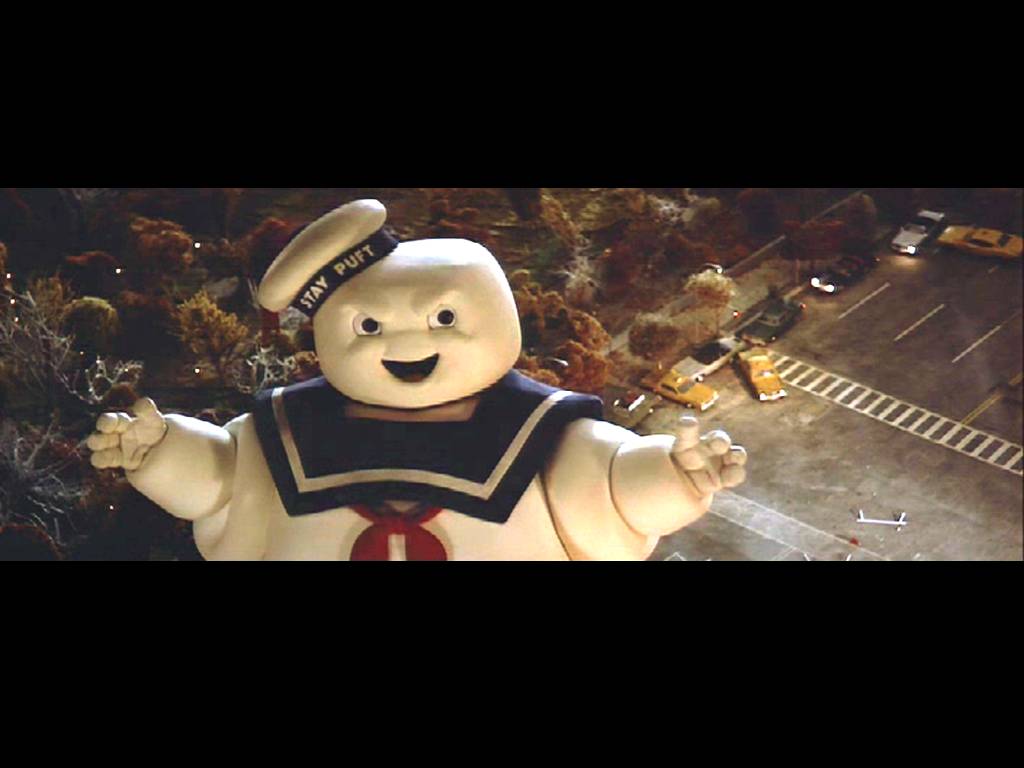 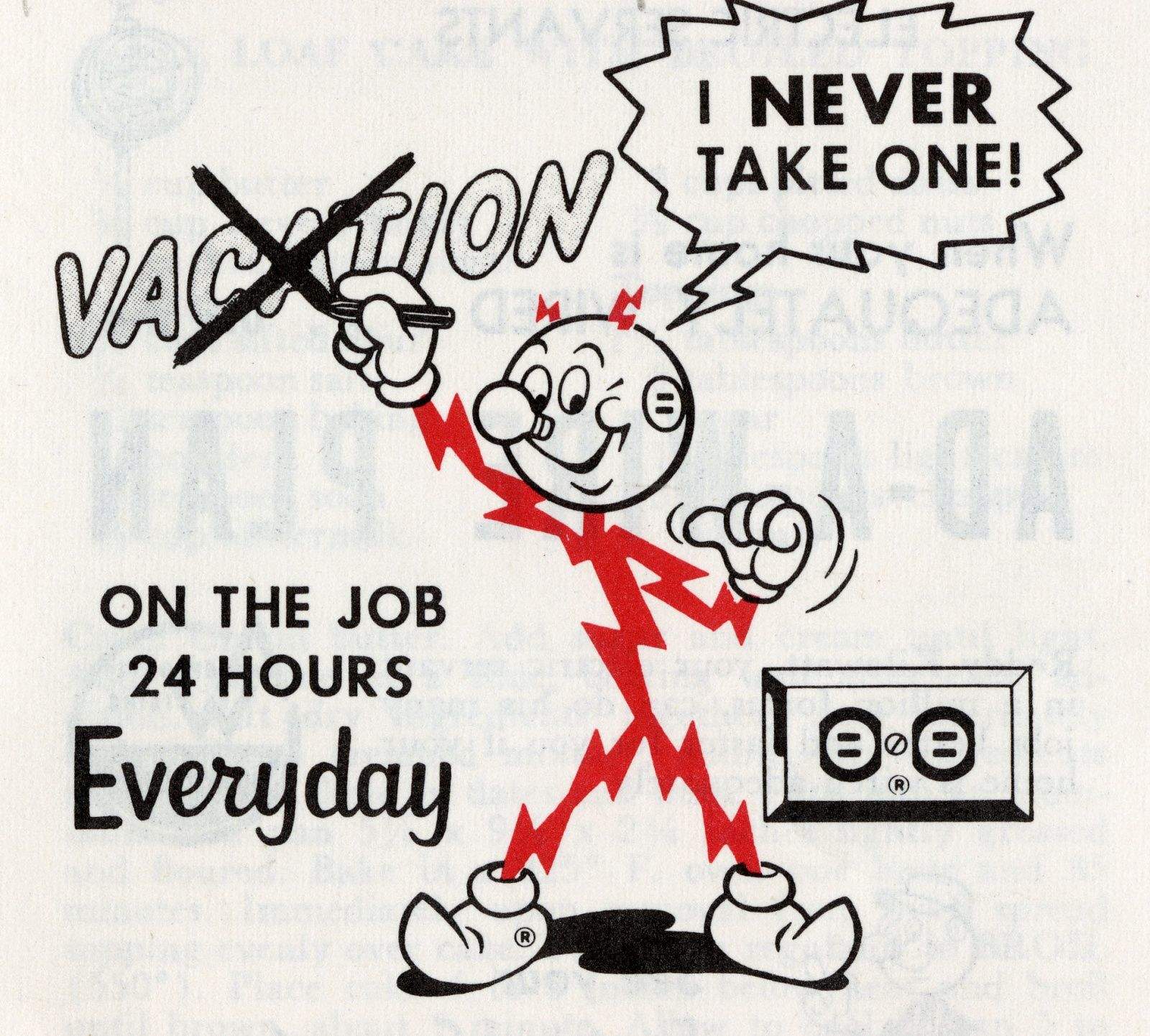 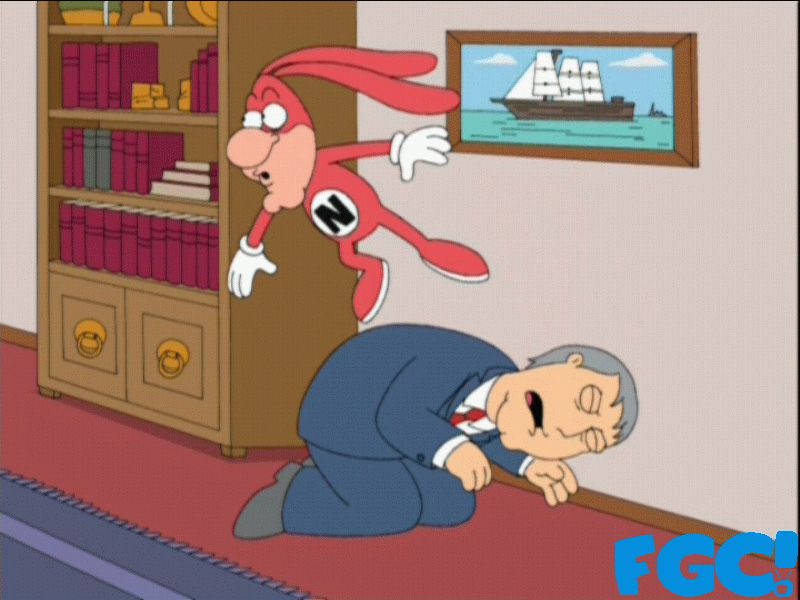 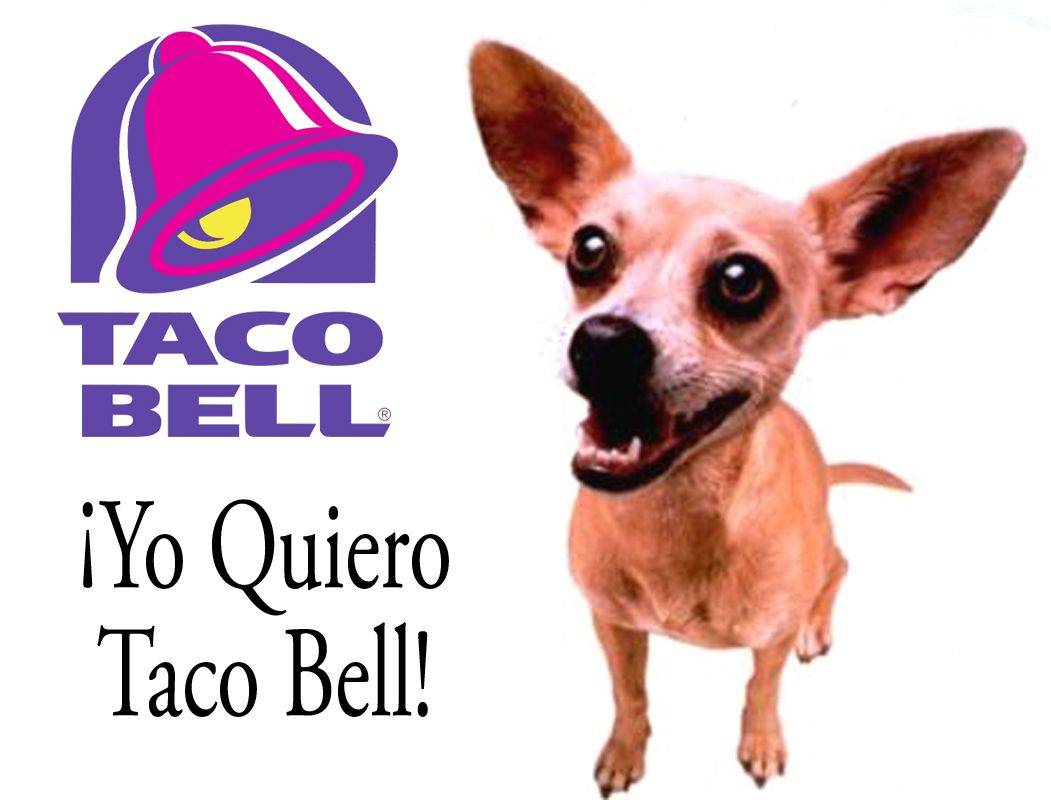 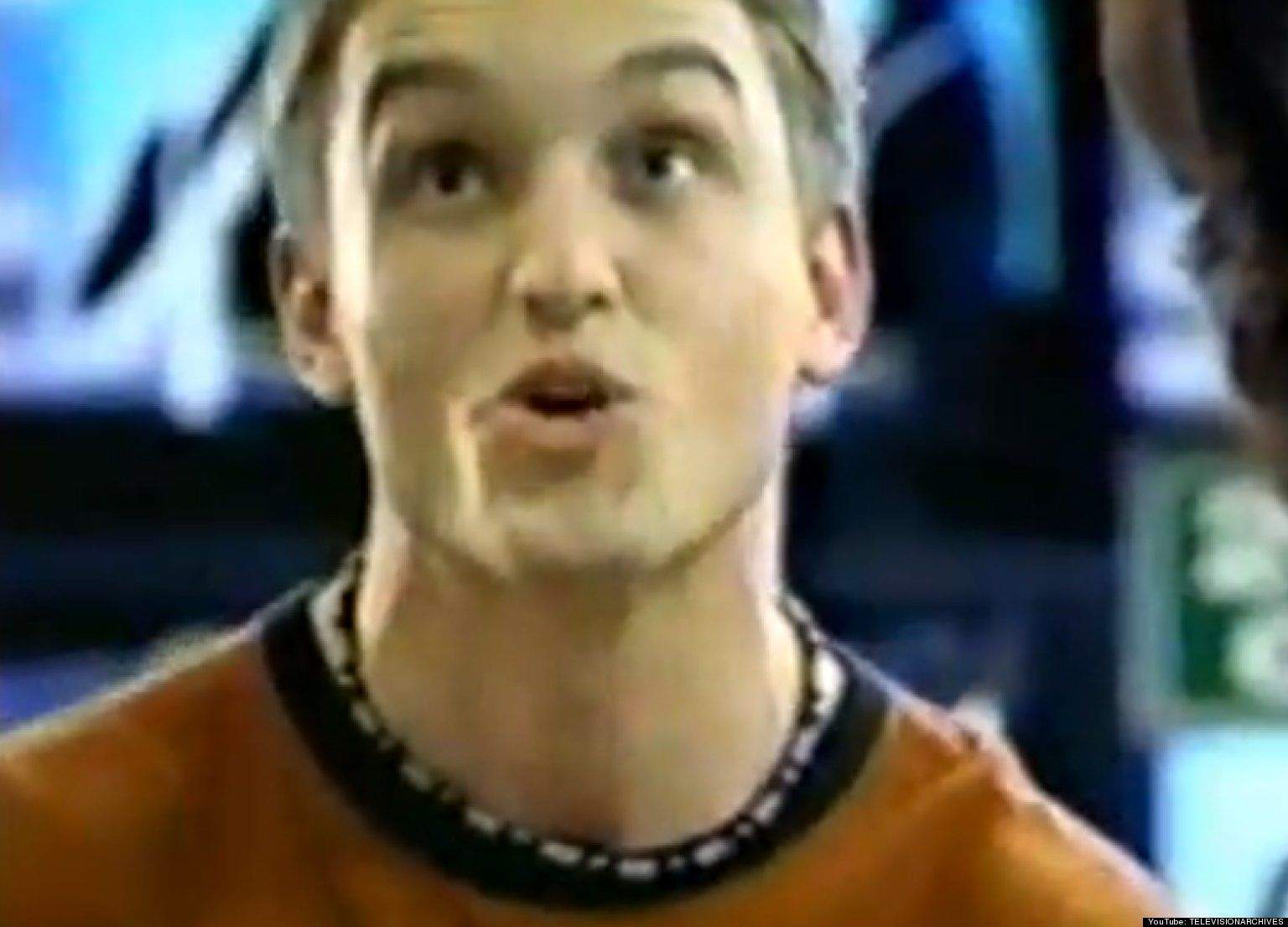 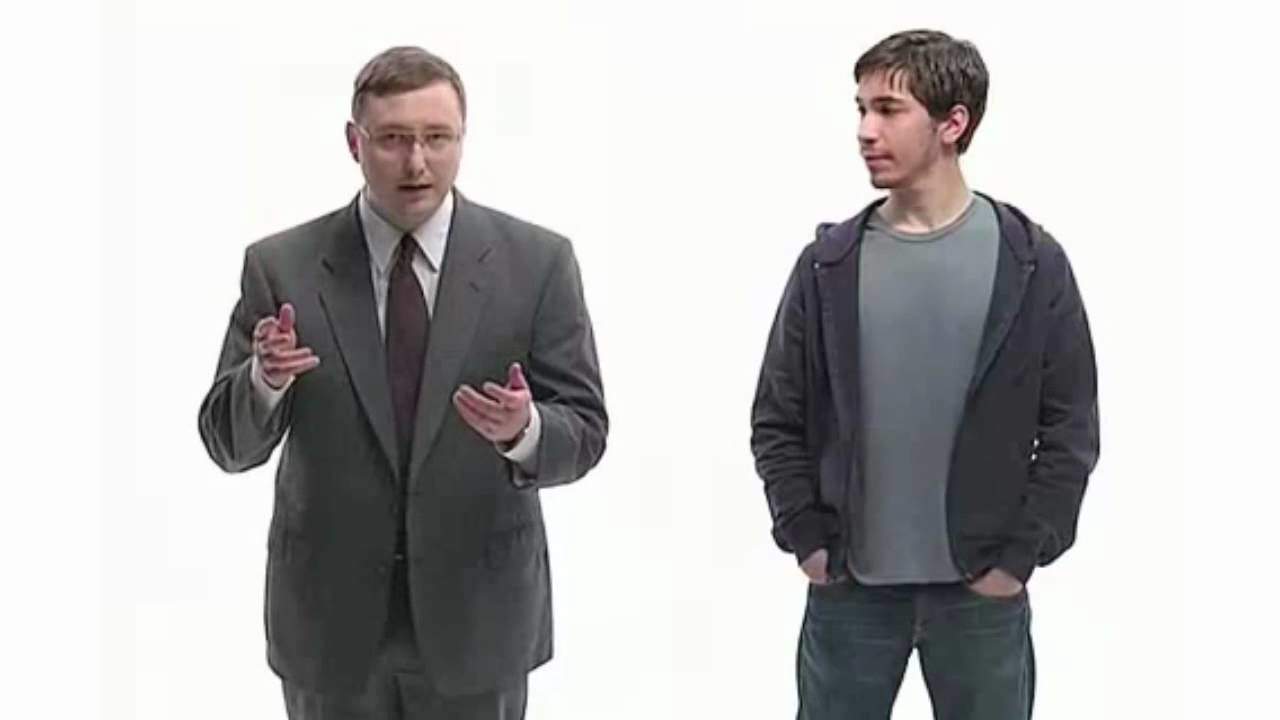 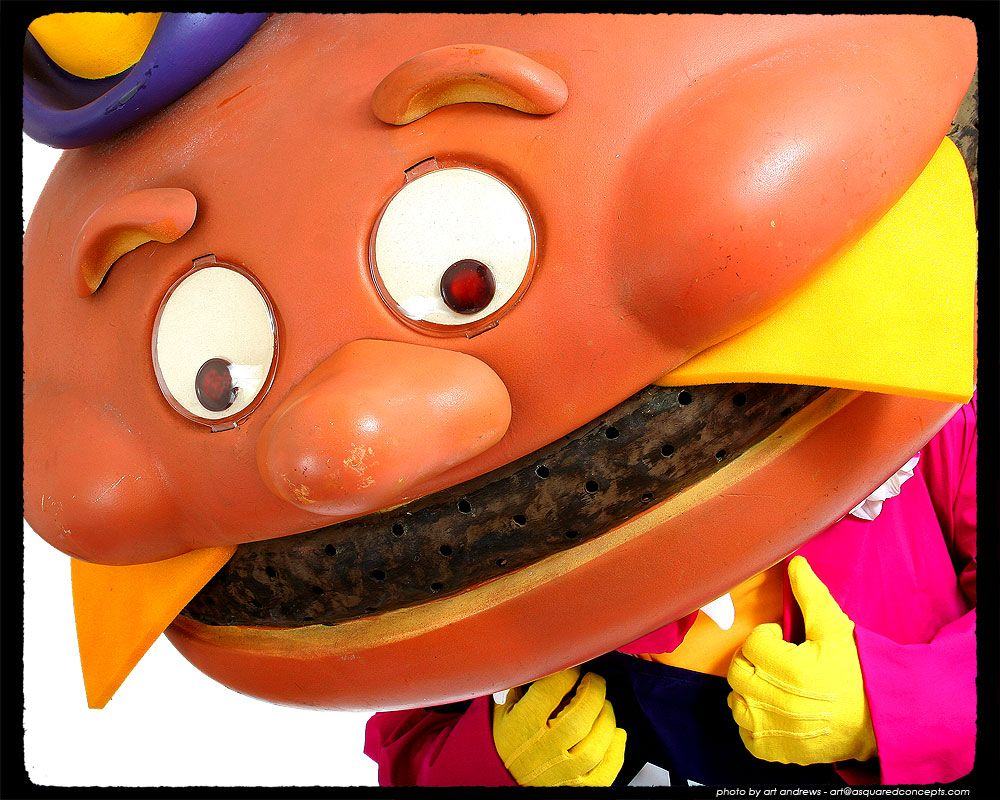 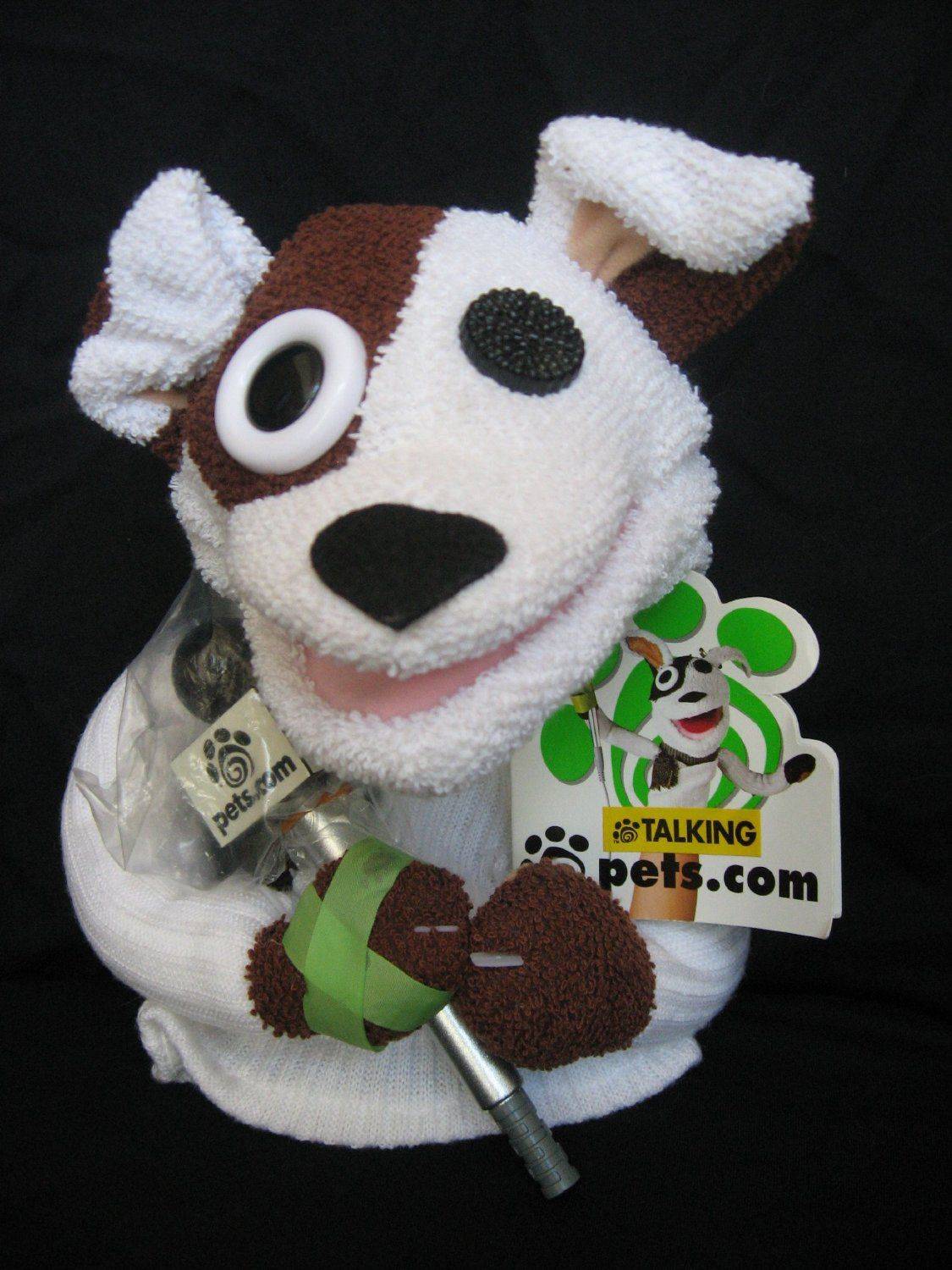 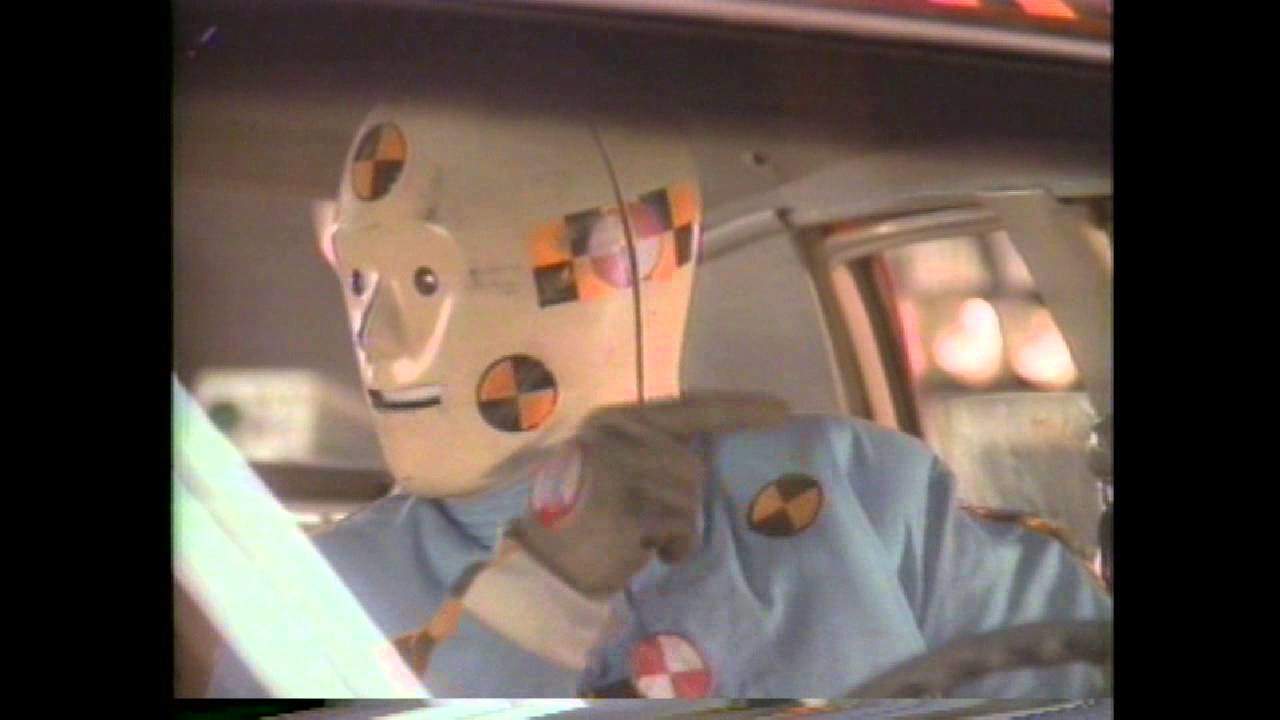 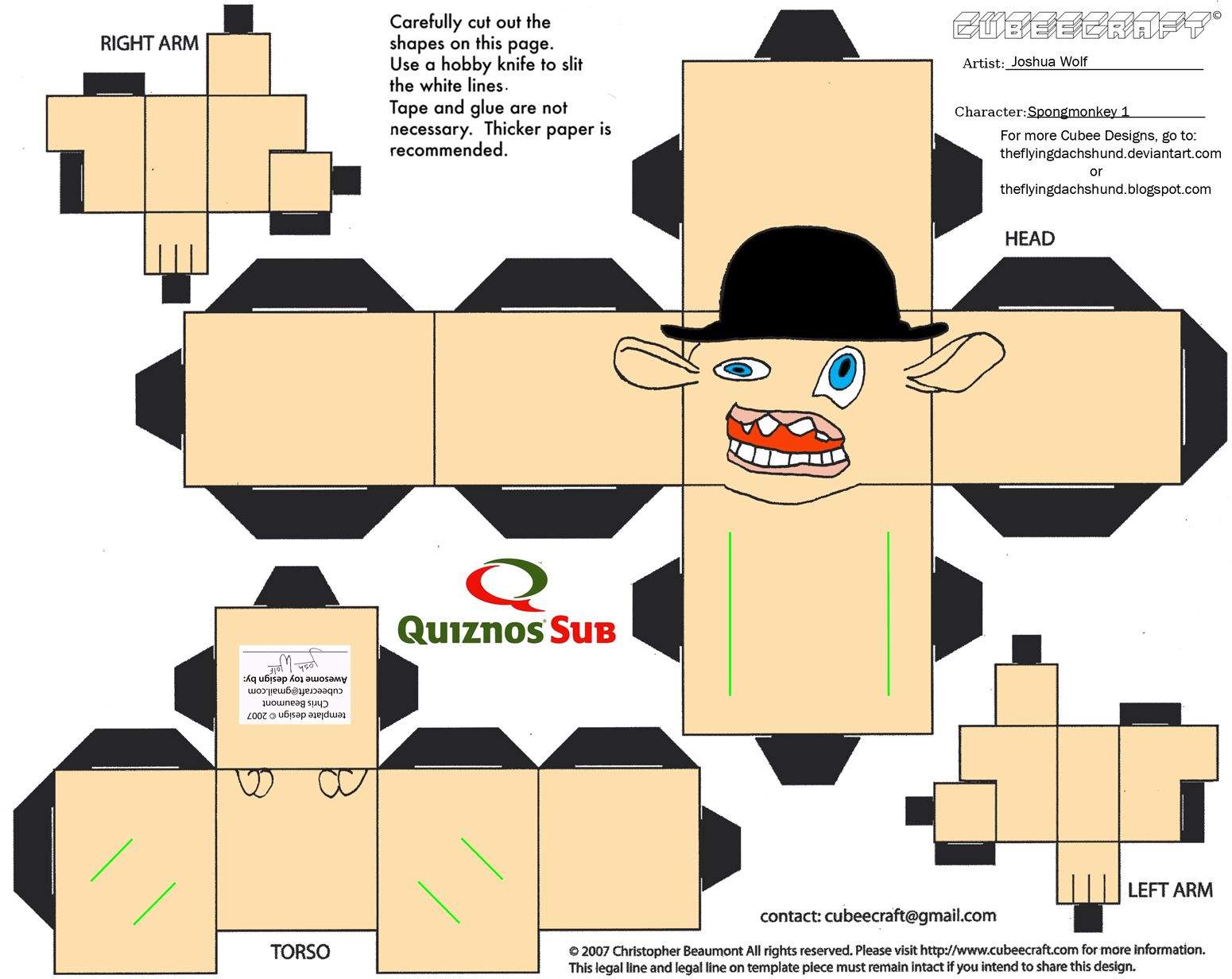 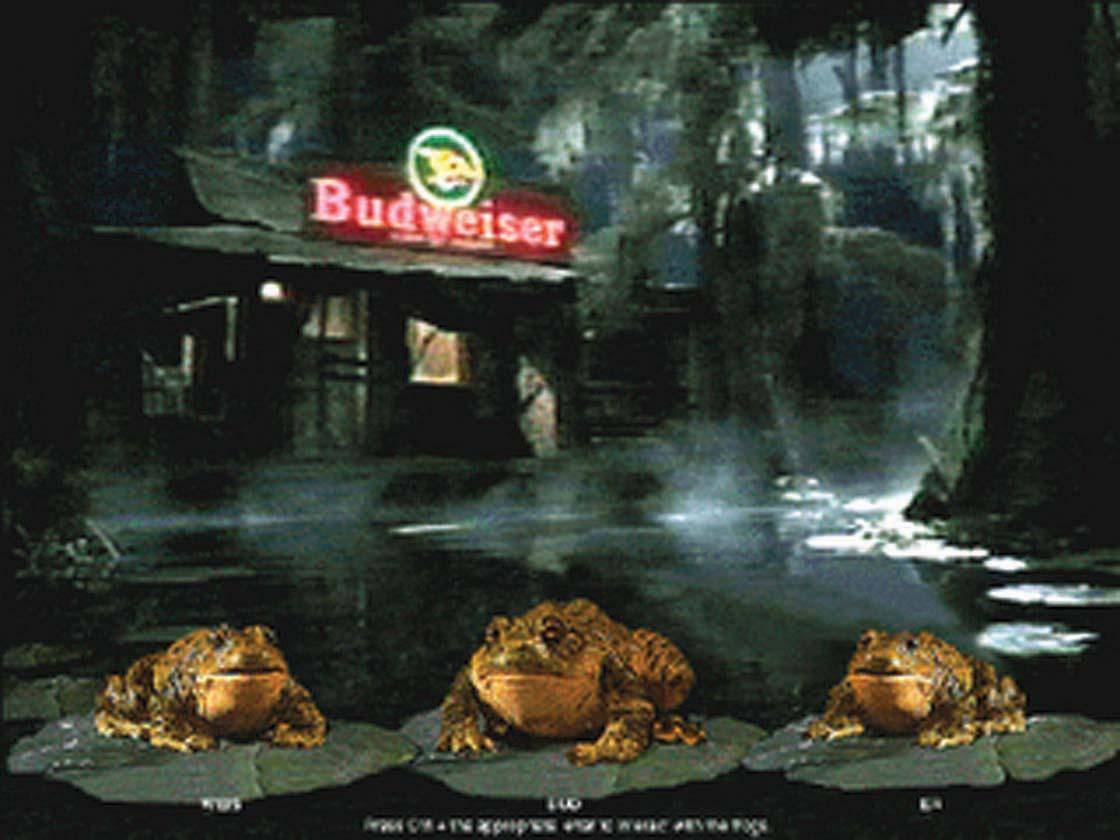 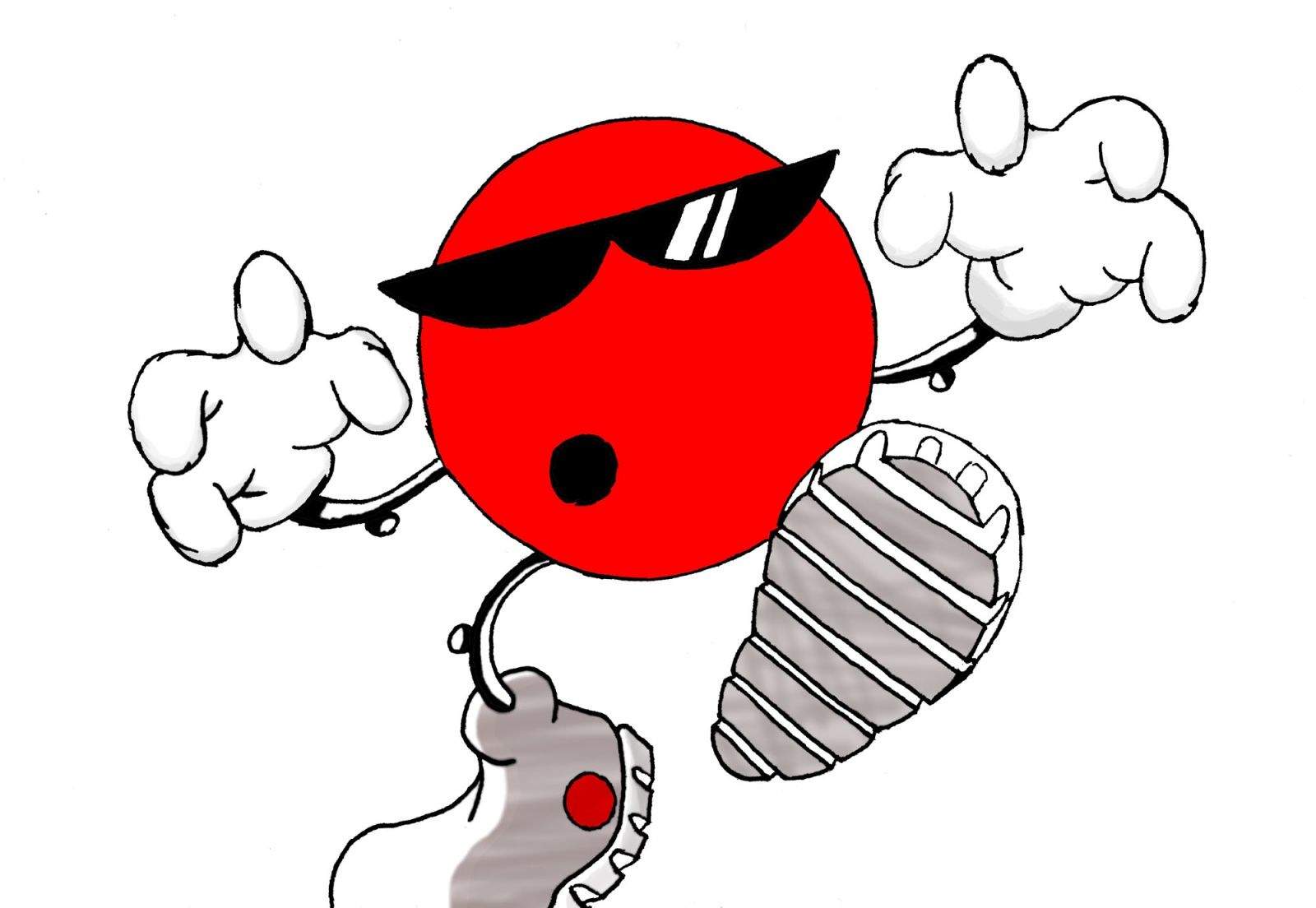 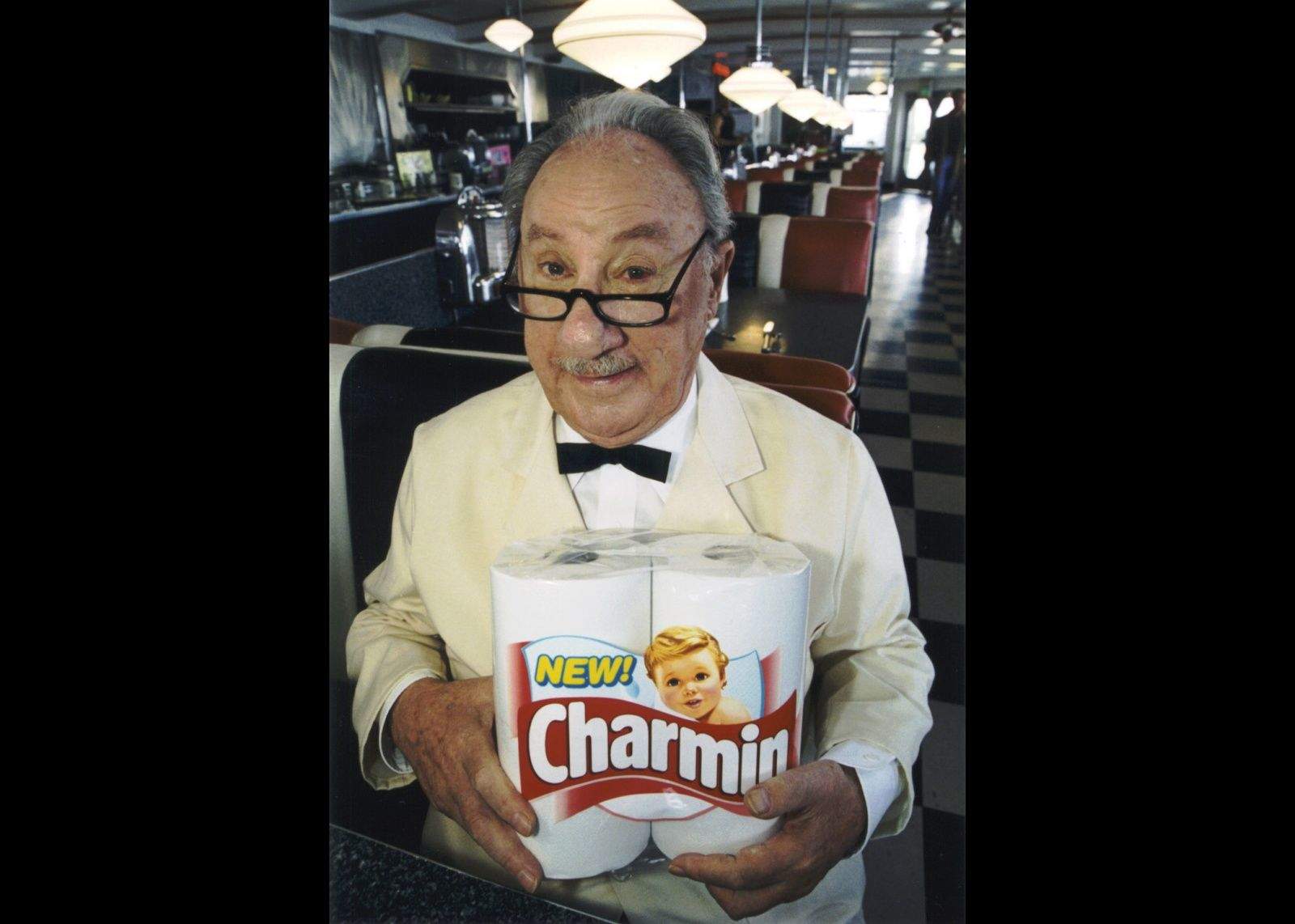 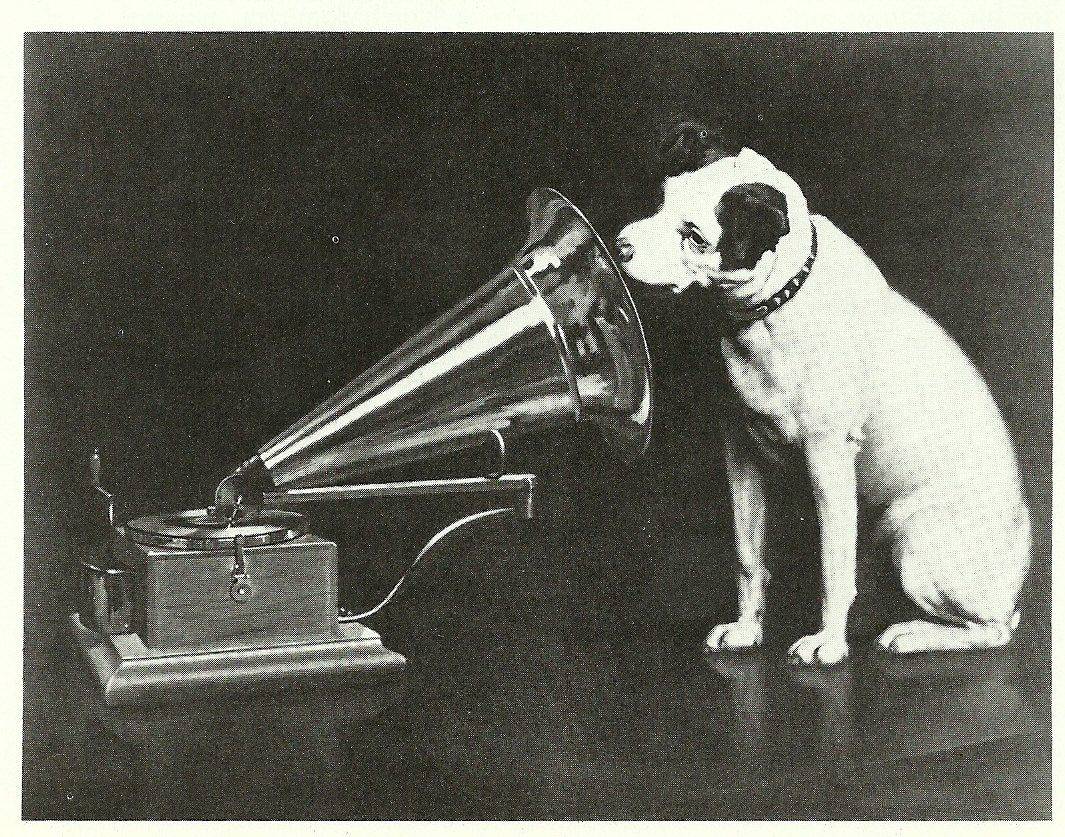 A decade after Burger King choked out Subservient Chicken, the bizarre fast food mascot is poised for a comeback. The wacky dude in a chicken suit, who magically submitted to the Internet’s commands in one of the weirdest and most successful viral-marketing campaigns ever, will return with a clucking vengeance Wednesday with a short film “chronicling the rise and fall of internet celebrities,” according to Advertising Age.

In some ways, it’s perfect timing: Sequels and viral magic have become staples of marketing and pop culture. But can the burger chain recapture the glory of its 2004 campaign, which racked up more than a billion views with its camgirl-inspired creepiness? While we’re waiting to find out, here are 15 bizarre brand mascots that demand a reboot.

It looks like paying for burgers using your iPhone is the next big trend in fast food.

Following Burger King’s announcement last week that it would be releasing a dedicate mobile app, Wendy’s has followed suit, unveiling their own iPhone-based payment app that will allow you to pay for Big Bacon Classics at any of Wendy’s 5,800 locations.

END_OF_DOCUMENT_TOKEN_TO_BE_REPLACED

Want to be able to order and pay for burgers using your iPhone?

Burger King has announced that it will be releasing a dedicated mobile app, featuring a Passbook-style virtual card that allows users to load on cash and then use this to make payments.

According to an article published by Bloomberg, the Burger King app will also include “coupons for deals, such as $1 any-size drinks and free fries, as well as nutrition facts.” A feature allowing you to place an order for pick-up at a later time will additionally be included.