Apple has pulled the watchOS 5.1 update just hours after making it available to the public.

The move came after reports that the release was “bricking” Apple Watch Series 4 units. Apple has advised those who are experiencing a constant boot loop to contact AppleCare.

END_OF_DOCUMENT_TOKEN_TO_BE_REPLACED

Apple is being called on by the China Consumers Association (CCA) to investigate a “considerable number” of reports by users who claim their iPhone 6’s are spontaneously and permanently shutting down.

END_OF_DOCUMENT_TOKEN_TO_BE_REPLACED

Apple has pulled its latest iOS 9.3.2 update for the 9.7-inch iPad Pro due to a mysterious bug that has bricked some devices. “Error 56” asked users to plug their tablets into iTunes, but many found that this didn’t resolve the issue.

END_OF_DOCUMENT_TOKEN_TO_BE_REPLACED

If you haven’t already updated your 9.7-inch iPad Pro to iOS 9.3.2, then you might want to wait. Some users are being plagued by a mysterious error that renders their device completely unusable after installing Apple’s latest software.

END_OF_DOCUMENT_TOKEN_TO_BE_REPLACED

A new threat targeting iOS devices has been discovered by security researchers Patrick Kelly and Matt Harrigan, promising to “brick” your iPhone or iPad if you happen to log onto malicious Wi-Fi networks.

Why would anyone log onto a malicious Wi-Fi network? Because by exploiting the auto-reconnect feature found on iOS — whereby your Apple device will automatically log into Wi-Fi networks it thinks it’s previously connected to — you might not even realize it’s happening.

Until it’s too late, of course.

From the news that Sam Raimi is bringing a version of The Evil Dead to televisions everywhere next year (yes, it will star Bruce Campbell) to the arrival of shows like Hannibal, Fargo and From Dusk Til Dawn, movies-turned-TV shows are everywhere nowadays.

But while all four of those shows fill us with varying amounts of glee, there are still plenty of films that would work just as well — if not better — on the small screen. With that in mind, here is our guide to the top eight movies that would make fantastic TV shows.

Hollywood, you can thank us later!

Quentin Tarantino doesn’t just direct movies; he creates universes. Perfect, then, for one of his stories to be spun off as its own TV show -- with space to explore the various characters' backstories without having to worry about compressing them into movie length. To date, Kill Bill is the only two-part movie QT has directed, but it would work equally well as its own TV show.

There are plenty of possibilities for a plot -- ranging from retelling the Bride’s “roaring rampage of revenge” in more depth, to picking up the story years later with Kiddo's daughter. Perhaps the option that most appeals to me, though, is a flashback to the heyday of the Deadly Viper Assassination Squad (or DeVAS), with Bill acting as their mentor.

Imagine The A-Team written by the brains behind Pulp Fiction. Would you mind if I have some of your tasty beverage to wash that delicious thought down?

Independence Day is, for most fans, something of a guilty pleasure. But underneath the popcorn-crunching action and mass destruction is an intriguing concept: what would happen if giant spaceships the size of cities really did suddenly show up around the world?

A TV show could take its time exploring this event: from the different ways it was doubtless be spun by the media, to the response of different countries around the world. Season one could establish characters and end with the near-annihilation we’d all be expecting from the beginning. Season two could show how the world responds to the devastation. Color me intrigued.

Zack Snyder did his utmost to adapt Alan Moore’s masterpiece graphic novel into a movie back in 2009. It worked okay, but the real problem was the sheer amount of backstory he had to compress into 162 minutes.

The result was a spectacular-looking mess, which disappointed fans of the comic, and confused everyone else. A 12-part miniseries would be a far better option — and one that would truly allow the director to fully explore the alternate history plotline that made Moore’s comic series feel so realistic.

The cautionary tale of two-bit thug Tony Montana’s rise from dishwasher to drug kingpin is a well known one. But think of the added depth that would be possible were the same world explored through a TV show. Not only could we explore more of Montana’s backstory and delve into his fractured family dynamics in more detail, the show could also tell the story of the supporting characters in Tony’s life.

Scarface hints at rival groups like the Diaz Brothers, but we never see or hear from them. Plus, how great would it be to find out more about Bolivian gangster Alejandro Sosa, Montana’s beleaguered bank manager, and the city’s police force as they fight corruption to build a case against Montana?

All of this alongside a rocking 1980s soundtrack. Seriously, could there be a better show?

As a massive comic book fan, to me no single run has ever matched Stan Lee’s first 100 issues of The Amazing Spider-Man: a pitch-perfect superhero story set against a sprawling soap opera high school epic. While Batman and Superman are all about the heroes, Spider-Man is almost more fun when it’s just about Peter Parker, Mary Jane Watson, Harry Osborn, Flash Thompson and co.

Seeing as we’re in the middle of the second Spider-Man movie series in a decade, the chances of a TV do-over are slim to none. But it would be perfect if it ever happened. Like the X-Men, Spider-Man’s simply a character who works better in episodic adventures.

Now don’t get me wrong: with the eight Harry Potter movies adding up around 20 hours of screen time, J.K. Rowling’s wizarding epic is pretty much a multi-season TV show in its own right. Minor quibbles aside, the movies were fantastic, too, so what could a TV show add? How about more concerning the "mundanities” of daily life at Hogwarts? The show could even be set in a pre- or post-Harry world, focused on a different group of students as they hone their craft.

Brick was the debut movie from Looper’s Rian Johnson. A hardboiled detective story set in a California high school, the movie was practically a cult classic the moment it arrived on screens. As great as the movie is, however, the conceit behind it could be stretched so much further in a series. The long-running Sin City comics demonstrate how much mileage there is in the various film noir archetypes. With the right plot and cast this could seriously be the next True Detective.

My first thought here was Martin Scorsese’s Goodfellas, but The Sopranos already did an untoppable TV take on the day-to-day life of the street level gangster. What better, then, than to retell the story of Casino, Scorsese’s 1995 follow-up detailing the true story of a top gambling handicapper recruited by the Italian Mob to oversee the day-to-day running of a Las Vegas casino.

Original author Nicholas Pileggi was great at great at pulling out the kind of juicy details that made it feel as though you were watching a documentary rather than a true crime movie. To be honest, even if you left out the gangster details (not that we’re advising that), a series about the behind-the-scenes workings of a top casino would be well worth a watch.

We just wonder if the producers could find anyone approaching a Joe Pesci in volatility? 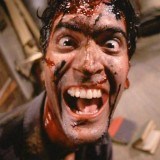 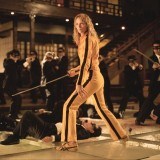 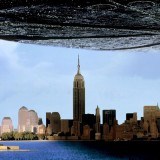 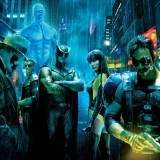 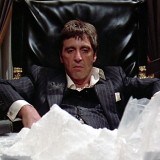 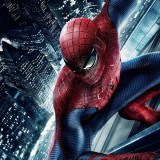 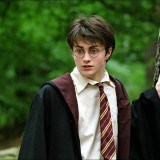 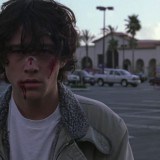 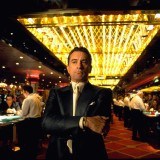 Incase’s Box Case for the iPhone is just that: a boxy, sharp-cornered rubber case with a brutalist minimalism that wouldn’t look out of place on London’s South Bank. And not only does the thing look awesome, it also offers quite a bit of protection thanks to all the extra rubber at the corners. It’s probably not a good idea to start tossing your iPhone on the floor, but if it does accidentally drop, then it might at least bounce to a safe end.

END_OF_DOCUMENT_TOKEN_TO_BE_REPLACED

The Apple Blogotubes are a-buzz with boffo Interblag bloviating at a rumor from 9to5mac.com that Apple’s rumored “Brick” product was actually a nickname for a new manufacturing process that will use “lasers and jets of water to carve the MacBooks out of a brick of aluminum.” More, it’s a “game-changer;” “totally revolutionary;” “Apple’s biggest innovation in a decade.”

As Adam Richardson, an industrial designer at consultancy frog design and CNet blogger, points out, lasers and waterjets have been used in manufacturing for ages — by Apple.

The glowing LED that appears behind a “solid” front face of the MacBooks is apparently achieved with laser-cutting to thin out and partially perforate the wall in that one area.

Richardson also speculates that the existing iPod Shuffle is manufactured using a similar process, and even the MacBook Air has some telltale signs that it draws on really interesting and unusual manufacturing techniques. But would Apple actually carve an entire laptop out of one block of aluminum? And would it save any money?

On such a small product this is do-able. On a large product like a laptop this would typically result in a massive amount of waste (so kiss your green credentials goodbye). And the notion that this is somehow cheaper than stamping thin sheets or molding plastic is completely wrong – it’s much more expensive.

I’ve been talking with other industrial designers about this issue, and they all agree that the reasoning behind the current Brick rumor doesn’t add up. One friend of mine guessed it would add up to $50 in manufacturing costs and might not be any stronger or lighter than more traditional manufacturing approaches.

Does Apple have a game-changing laptop in the wings that will reinvent the MacBook and MacBook Pro design language? For their sake, they’d better. Will it be milled from a single block of aluminum? Not in this lifetime.