The iPad has already launched a thousand jokes, some of which you can wear some on your chest, or your privates, before you can even buy one in March.

See some examples after the jump:

END_OF_DOCUMENT_TOKEN_TO_BE_REPLACED

Verizon getting the iPhone later this year is no longer a done deal in the mind of one financial analyst. Indeed, Credit Suisse has downgraded the carrier, expecting AT&T could retain an exclusive iPhone contract until at least mid-2011.

The financial firm downgraded its recommendation for Verizon to Neutral, down from Outperform, and shaved its target price to $30 per share, down from $32.

Although Verizon may “eventually” be awarded an iPhone contract as Apple drops its exclusivity in the U.S., “there is much greater probability that AT&T keeps exclusivity for another 12-18 months than investors realize,” Credit Suisse told investors Thursday.

Prevailing wisdom previously was that AT&T’s exclusive contract would end in June of this year and Verizon was the likely beneficiary. However “we no longer think AT&T will lose iPhone exclusivity in mid-2010,” the financial company writes. The delay could benefit Research in Motion’s RIM in the U.S., it said.

The analysis comes a day after reports Verizon and Apple were “still talking” about an iPhone deal. AT&T may have underbid Verizon and other carriers to win the iPad contract. Although the carrier would only say its iPad data plan “pricing speaks for itself,” AT&T beat out Sprint, T-Mobile and others to connect iPad users.

Amazon obviously has a lot to fear from the iPad, and they seem to know it, if their latest acquisition is anything to go by: they have just purchased Touchco, a small company that makes very cheap multitouch displays. Oh, and they are merging it into their Kindle division. Duh.

Touchco’s touchscreen technology is pretty cool: not only is it cheap, but it’s sensitive to pressure, and can detect an infinite number of simultaneous touches. It’s also totally transparent, which means it won’t mute the full color LCD screens for which it is designed like other touchscreens solution.

It’s pretty clear Amazon’s planning a truly impressive, full-color, multitouch update to the Kindle… but they need it sooner rather than later. The iPad’s not even out yet, and it looks like Apple’s won the battle. Better crack the whips on those Touchco engineers, Amazon.

In November, Apple was kind enough to make it simpler for people checking out music through links on the web to view that album or artist’s information without actually launching iTunes.

Called iTunes Preview, the feature allowed users to click on an iTunes music link and be taken to that song, artist or album’s preview page, where you could read reviews, see the album cover, check out the user rating and listen to little song snippets. You only needed to leave your browser if you wanted to download the album.

iTunes Preview was a feature I loved: simple though it may be, it made it a lot easier to check out an artist or album when people mentioned it on the web.

Now Apple has just rolled out the same functionality for apps in the App Store, and it works the same way. Now, if you want to see an app, the only reason you need to load up iTunes is to actually download it.

I don’t want to use iTunes in any capacity as a web browser: I want to open it only when I want to suck some app or video or album down. iTunes Preview’s continuing slow rollout is a welcome improvement on the way iTunes links work.

There seems to be a slight crack in the rather monolithic analyst pronouncements of support for the iPad. Needham has scaled back its endorsement of the new Apple device, telling investors it forecasts 2 million tablets sold in the year after the iPad launches, down from a previous 4 million.

The reversal came in a note entitled “Seeing is Believing” and follows its previous “Apple has Another Winner” analysis. Although the firm still believes “sales of the iPad will be substantial even in its first iteration,” the thumbs-up is labelled “cautiously optimistic.”

END_OF_DOCUMENT_TOKEN_TO_BE_REPLACED

As a toddler of a Mac switcher, I still have the stray folder or two of legacy files from my days mucking through the morass of the PC experience. One of the files I’ve guarded most carefully was my old Trillian IM chat log files: four years later, and I’m still anticipating migrating in the legacy chats, spam, files and cybers of my nascent instant message years.

Looks like I now finally have the opportunity: Trillian, the popular Windows multi-protocol instant message client — is now available for the Mac in an open alpha.

And it’s ghastly. Basic IM support works well enough, but there’s a load of issues. The contact lists don’t automatically slurp in your friends’ pictures. Audio and video chat don’t work. You can’t view your logs. You can’t have group conversations. There’s no e-mail integration. The preference and customization options are slim. &c.

It’s strange to see Trillian for Mac after all these years waiting for it… and realizing that, thanks to Adium, I’ve totally moved on. Still, if you have fond memories of Trillian from back in your Windows 98 days, the somewhat unstable alpha build is a free download. But then again, so is Adium.

Adobe’s chief technology officer has finally weighed in on the great Flash debate, and is taking potshots at Apple for not supporting Flash on the iPad. Adobe’s head software honcho Kevin Lynch says Flash on the iPad is essential to the “open” internet. Except Flash isn’t open.

END_OF_DOCUMENT_TOKEN_TO_BE_REPLACED

Comic book publishers are super eager to get their strips in full living color on the iPad, if a round up by Publisher’s Weekly is anything to go by.

“I can’t remember seeing something that I so urgently wanted since I saw the first G.I. Joe with Life-Like Hair commercials in the early seventies,” enthused Gonzalo Ferreyra, sales and marketing VP at Viz Media, “as it relates to digital publishing of illustrated books, the iPad opens up tremendous possibilities. This appears to be the device that will allow users to carry a library of manga around with them any where and every where.”

Abrams’ ComicsArts executive editor Charles Kochman called the iPad the future of e-reading, adding that “The Kindle always felt limited: a lack of color and a standardized typeface seems antithetical to my ideal reading experience and counter intuitive to the careful consideration our designers give to the books we publish. The iPad seems to satisfy all of those concerns and offers the best of what I love about my iPhone and my Mac.”

Only one graphic novel exec, Filip Sablik of Top Cow,  was “cautiously optimistic” that the iPad would be a “game changer” for digital comics. “What Apple has done incredibly well in the last decade is take existing technology–laptop, mp3 player, smart phone–and made it really sexy and really easy to use. Right now it looks like the iPad might follow those to pillars of Apple’s success.”

The publishers seemed to be in agreement that while the iPad will be great for reading on the commute, lots of different readers — from small kids to serious  collectors — will still want paper editions.

Will you be flipping through comics on your iPad?

Can the right gadget make you hotter? This gallery of iPhone girls would seem to suggest yes. Otherwise adding a smartphone to a bikini and pout would be superfluous. Right? 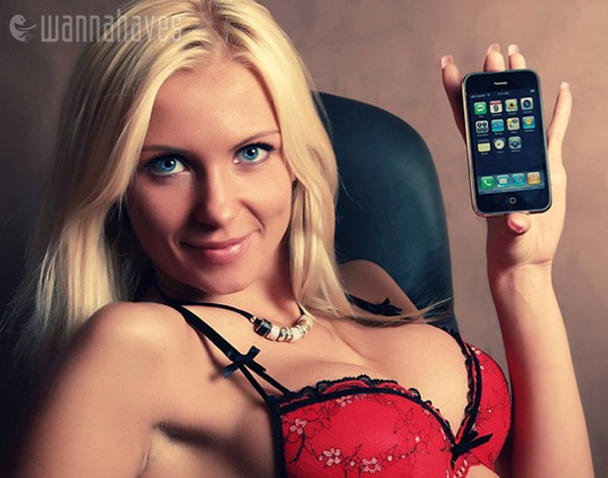 This isn’t the only gallery pairing pulchritude with tech, there are also a few dedicated iPhone babe blogs,  too. 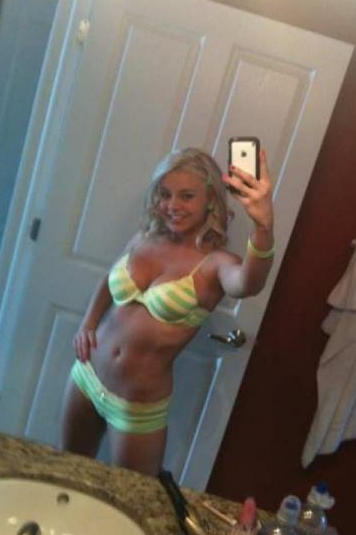 Since they all seem to be SFW, it’s a wonder no one has launched an iPhone app for iPhone babes. We’ll keep you posted on further developments…

Yet another publisher is using Apple’s iPad as a negotiating tool to force Amazon to raise prices on ebooks. Amazon is “ready to sit down” to talk with HarperCollins, according to Rupert Murdoch, chairman of News Corp., owner of the publishing house.

“Apple — in its agreement with is, which has not been disclosed in detail — does allow for a variety of slightly higher prices,” Murdoch said during a recent earnings call. Although below the price for printed editions, Apple’s iBookstore ebook prices “will not be fixed in a way that Amazon has been doing it,” he added.