END_OF_DOCUMENT_TOKEN_TO_BE_REPLACED

People have been speculating about a Google OS for years, and finally it’s official. Chrome OS will be open source, free, and popping up on a netbook near you in about a year or so from now.

And do you think Apple’s worried? Nah.

END_OF_DOCUMENT_TOKEN_TO_BE_REPLACED

Today’s deals include a Samsung Netbook that can be hacked to run OS X, a 2TB external HD for a nice price, and a Philips 42-inch LCD HDTV for $850. And many more!

END_OF_DOCUMENT_TOKEN_TO_BE_REPLACED 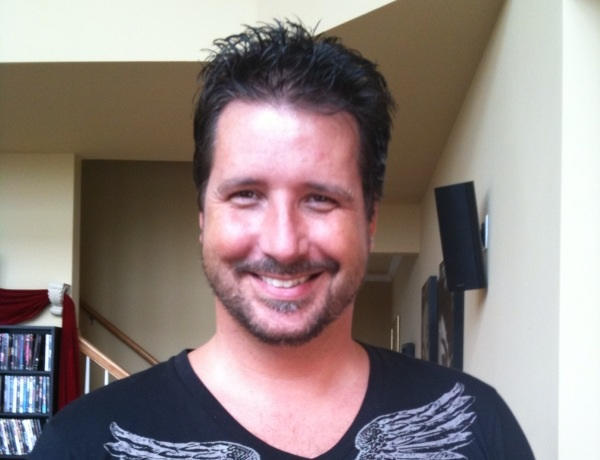 Two weeks after an iPhone 3GS was dropped in a swimming pool while recording video, the phone is still frickin’ working says its owner.

“I’m talking to you on it now,” says Khena Kara, the iPhone’s owner, speaking from his home in Nashville, TN. “It’s still going strong.”

Kara’s iPhone 3GS gained internet fame after Kara accidentally dropped it in a swimming pool while recording a video. The iPhone kept recording as it sank to the bottom, and as he fished it out. “It still frickin’ works!” he says in surprise as he pulls the iPhone from the pool. Kara posted the footage to YouTube, and it spread fast on blogs and Twitter. It has now been watched more that 500,000 times.

But many questioned the video’s authenticity. Most notably, Mashable wondered whether it was real.

“Yes, it’s real,” says Kara of the video. “It was the pool in my subdivision.”

Above is a video still of Kara taken from the iPhone video right after it was fished from the pool. And below it is a new picture of Kara taken with the same iPhone.

The new picture’s metadata appears to back up Kara’s story.

END_OF_DOCUMENT_TOKEN_TO_BE_REPLACED

For iCab, the last Mac browser that still costs money, is still being updated and has just reached version 4.6.1. And it can be all yours for 20 bucks. (I’m wracking my brains, and I can’t think of any other browsers that cost money these days – not since OmniWeb went free. Shout if you know of another.)

END_OF_DOCUMENT_TOKEN_TO_BE_REPLACED

Hyperwall in WWDC 2009, Live from App Store from Imagebakery on Vimeo.

By all accounts, the iPhone 3GS launch has been a tremendous success for Apple. Despite launching in a down economy, the new model managed to sell as many units in its first weekend as its predecessor with little sign of slowdown. It’s also been an incredibly smooth launch. Though the iPhone 3G launch was marred by product shortages and buggy software, Apple’s kept a steady supply of hardware in the channel, and iPhone OS 3.0 is quite stable for such a new release.

But as effective as Apple has become in managing all of the aspects of the iPhone that it controls (hardware and first-party software), the launch also reveals the challenges the company faces in its efforts to take advantage of a larger network. AT&T’s signal strength continues to be a subject of much heated debate, and more crucially, Apple’s position as minder of a large software platform with thousands of developers looks increasingly untenable.

I don’t need to go into detail about the numerous cracks in the App Store facade of the last year: the baby shaking app, the unapproved porn, the copyright infringement, the excellent apps inexplicably rejected for arbitrary reasons and the apps that never made it out of the approval process one way or another. What I can say is this: the release of the 3GS has inspired a burst of app submissions the likes of which Apple has never seen before. When the App Store first opened a year ago, it had a flurry of submissions, but a smaller pool of developers. This is the first real “event” period since the iPhone dev community has grown, and the submission pool is not unlike the giant hyperwall of apps that dominated the conversation at this year’s WWDC.

If Apple wants to maintain the dominance of the iPhone and the success of the App Store, it needs to find a more effective way to manage the sheer volume of submissions it’s tackling. Too much crud is making it through, and too much brilliant code is sitting on the shelf. The iPhone is by far the best mobile platform today. Unless Apple learns to treat its developers better on the front end (I hear payment works brilliantly), they won’t be loyal when the next Next Big Thing comes around.

The United States Department of Justice has taken the first baby steps that could eventually lead to an official investigation of the Telecom industry and the effects its exclusive carrier agreements have on consumer prices and choices, according to a Wall Street Journal report Monday.

The initial review looks to determine whether large U.S. telecom companies such as AT&T Inc. and Verizon Communications Inc. have abused the market power they’ve amassed in recent years, according to people familiar with the matter.

Largely moribund and hamstrung by internal politics and inefficiency during the Bush administration, DOJ under President Barack Obama has seen renewed relevance as an arm of the Federal government and has lately signaled business as usual could soon be ending for an industry left to its own devices during the past decade or more.

Many people have long decried exclusive carrier agreements that make popular gadgets such as Apple’s iPhone available only to consumers willing to sign multi-year service agreements with AT&T and likewise Blackberry’s Storm to those who’d sign with Verizon.

END_OF_DOCUMENT_TOKEN_TO_BE_REPLACED

The audio manufacturer Shure is known for its excellent headphones, which makes it a favorite target of counterfeiters.

In May, Shure helped Chinese authorities bust knockoff shops run by twoÂ Shanghai companies that were making copycat Shure headphones. The raids uncovered large quantities of Shure E2c and E4c earphones, which sell for about $70 and $170 respectively, as well as headphones branded JVC and Audio-Technica.

Unlike copycats of yore, today’s counterfeiters are amazingly sophisticated and accomplished, turning out high-quality knockoffs that in some ways rival the originals. Flickr user digaderfox bought a pair of fake Shures on eBay last year, and documented the surprisingly high quality of the knockoffs on the photo site.

Apple is also is becoming a target of copycats, with amazingly good knockoffs of iPhones and headsets coming onto the market.

Copycats Target $30 Apple Earbuds, And These Are Perfect

Full interview after the jump.

END_OF_DOCUMENT_TOKEN_TO_BE_REPLACED

Security video from Friday’s violent armed robbery at the Apple Store in Arlington, Virginia, has been posted to YouTube.

The Arlington police are cleverly using YouTube to broadcast crime videos with appeals for help from the public.

The latest video is from Friday’s robbery at the Apple Store Clarendon in Arlington, in which a female employee was shot in the shoulder and wounded. The 26-year woman is in hospital in serious but stable condition, police said.

In the security video, the employee is seen opening the back door to the store after the suspect rang the bell at about 10.15 AM. She is led back into the store at gunpoint, and was shot soon afterward. The suspect fled on foot.

Police describe the suspect as a thin black male, aged 35-45, wearing a dark baseball cap and light-colored shirt and pants.

Anyone with information is asked to call the Arlington County Police Department Tip Line at 703 228-4242.

Full text of the police description of the crime and appeal for help after the jump.