END_OF_DOCUMENT_TOKEN_TO_BE_REPLACED

The AppStore “is causing a sea change in both the mobile phone industry and the gaming industry that threatens the viability of all competitors,” according to technology stock analyst Jason Schwarz at Seeking Alpha.

Calling the AppStore bigger than the Mac, the iPod and the iPhone, Schwarz points to comments made by Steve Jobs during Apple’s recent earnings conference call with industry analysts, in which he pointed out that the company is now benefiting from being at the center of a cycle in which cool applications beget more sales, thereby creating an even larger market which will attract even more software development.

Schwarz writes that Apple and the AppStore have “brought the Internet to the level…everyone expected during the tech bubble…[with] efficiency of distribution [that] is impossible for the traditional model to compete with,” and goes on to identify Apple stock, trading in the $80 range, as “a unique wealth building opportunity.”

Some Cult of Mac readers have lately complained about the preponderance of iPhone and iPhone app-related coverage we have been publishing, but the fact of the matter is that AppStore development is exploding. It represents where much of Apple and Mac oriented creativity exists right now. And if Schwarz is right when he says “Modern day society values its computers and phones above all else,” then AppStore news and product development are likely to increase and not fade away.

Update: Belkin has now confirmed that this story is a hoax.

This past weekend saw the rumor mill go into overdrive regarding iPhone games controllers. While the chaps at iControlPad valiantly soldier on with their home-grown iPhone games controller that relies on jailbroken iPhones, Touch Arcade provided images of a rival (shown above)—supposedly from Belkin—that will have official App Store support.

The two-piece device would slide on to your iPhone, providing a joystick and six face buttons, akin to the configuration on the Nintendo DS. This means games developers wouldn’t have to rely on the iPhone touch-screen and tilting mechanism, instead being able to offer more standard control methods for iPhone games.

Predictably, some screamed “fake” once these images appeared, and others merely screamed, barely coherently ranting something about how AWFUL it would be to have a controller like this, because it’s the iPhone’s bizarre-o-controls that make it what it is regarding games.

Yeah, yeah, whatever. I love innovation, and I love people doing different stuff with iPhone gaming. However, I’m old, and I’d rather like to have a copy of Pac-Man on my iPhone that can actually be controlled via a non-stupid (sorry, non-innovative) method, as I hinted at a couple of months back. (Mind you, I’m probably not going to be totally happy until someone finds a way to run C64 games on iPhone and also plug in a Competition Pro…)

Channel Flip is a “video magazine” produced in London with a focus on Mac tech-tips, video gaming and film. Instead of writing articles, the Channel Flip team produces short, snappy clips of how-tos and reviews of mobile phones, HDTVs, laptops and portable technology, as well as gaming titles on console, portable and PC. The film department looks at the week’s must-watch DVD releases, including film analysis and a close view of things going on in the movie world.

The clip above shows how to use Apple’s Time Capsule for something more than a mere back-up device and network router.

Rahul Sood, the CTO of HP Gaming and founder of Voodoo PC recently celebrated his birthday, and a friend gave the over-clocking king a MacBook Air as a gag gift. Not one to look a gift-horse in the mouth, Sood used the Air as a knife, cutting his birthday cake quite nicely.

<Mock-Serious Voice>No word from Apple yet on why it kept the Air’s cutting features under wraps for so long, but it’s a classic “under-promise, over-deliver” move in the Steve Jobs mold, so I guess we shouldn’t be surprised to find such major functionality down the road.</Serious>

I’m sure there’s a major discovery to be made in the world of science that would explain how my iPod headphones get tangled up so thoroughly and rapidly. It seems that no matter what cunning tricks I employ, nor how tidy I try to be, my headphones always appear in a knotted mess when I want to use them, which tends to make me angry on the scale of ‘want to kick a puppy’. Surprisingly, then, I really like Tangle, which, in a broad sense, is rather like untangling a set of iPod headphones or ten.

It’s safe to say that Tangle is gaming at its purest level. There are no characters or storylines. Instead, there are a bunch of green circles, connected with gray lines, displayed in an aesthetic manner that most 8-bit computers would have little trouble with. The idea is to drag the circles around until no lines are crossed, whereupon you’re provided with a jaunty little jingle, a time, and a means of accessing the next level (which has more lines to uncross).

Tangle isn’t rocket science—it has a kind of mindless quality that’s akin to Tetris. But as most people who’ve sampled Alexey Pajitnov’s classic will testify, it’s often the simplest games that are the most enduring. Although Tangle isn’t on a par with the Russian block-stacking game, and, frankly, is a little overpriced, it’s still a fun title to while away the odd half-hour. And despite the extremely basic visuals, on-screen feedback is clear, and the online leaderboard enables you to pit your capabilities against Tangle ninjas around the world. 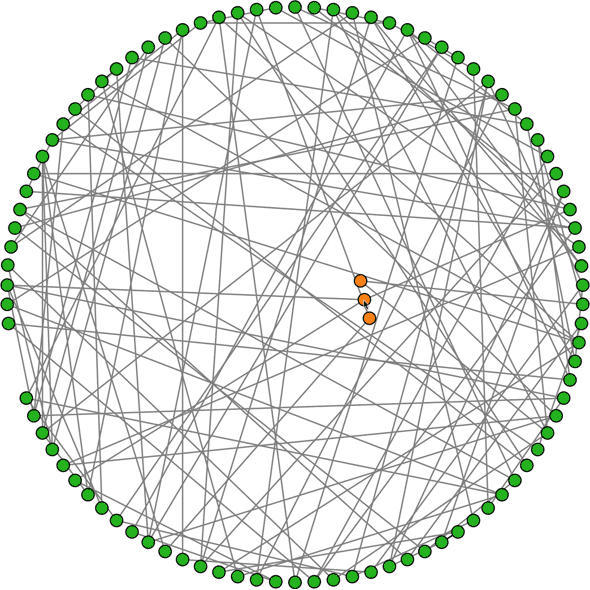 If this reminds you of your iPod headphones, I sympathize. I really do.

VMWare, the virtualization powerhouse that brought its Fusion software to Mac in late 2006, is now just about ready to roll its second major version of the program for OS X. Late this afternoon, VMWare sent over info and download links for a public beta of Fusion 2.0, and, I have to say, it’s looking hawt. More comprehensive DirectX 9 support for seamless PC gaming, insane levels of multimonitor support (ten screens!) and easy importing of Parallels, Virtual PC and even Boot Camp partitions.

Better yet, VMWare has announced that Fusion 2.0 will be free to all existing Mac customers once the final version ships. Of the three big updates, the monitor support is the big one. Parallels doesn’t support multiple displays for Windows, and the Fusion implementation looks nicer than multiple displays for most native PCs. Parallels can do Mac in one screen, Windows in another, but not Windows on two displays for the same virtual machine. Granted, this is a fairly niche feature, but its really well put together, as you can see in the video I’ve thrown up at the top.

The beta is wide open, so if you want in on the action and can live with a few beta quirks, hit the link.

My old colleague Rob Beschizza, who recently abandoned Wired.com for BoingBoing Gadgets, has a brilliant parody of my new book, Inside Steve’s Brain. The treacherous bastard writes:

“It’s hard to believe that one man revolutionized the operating system business in the 2000s, converting Windows’ extraordinary market dominance into the reviled seven-year ditch that is Vista, and squandering billions on confused advances into ill-understood peripheral markets like video gaming and music hardware

…. Wired.com’s Leander Kahney cuts through the salt-ringed tide marks that surround him to unearth secrets to his unbelievable results. It reveals the real Steve.”

Int13, a prominent mobile games developer, has released a video showing its racing game, “Crazy Kart 2,” running on the iPhone. I hadn’t seen the title before, but I’m pretty impressed by the demo. Nice environments and graphics, wacky gameplay highly reminiscent of “Mario Kart,” but, you know, touch-controlled steering wheel! I can’t wait to see the state of the iPhone gaming platform a year from today…