At Apple’s HQ there’s a shop that sells t-shirts, pens, mugs and other logo goods. One is a t-shirt that says, “I visited the mothership.”

Here’s the new mothership: a mega campus that Steve Jobs is proposing to build in the heart of Cupertino, the town he went to school in as a boy. It’s also where he and Wozniak founded Apple in the mid-70s.

Here are some pictures of the massive new building to house 13,000 Apple employees: 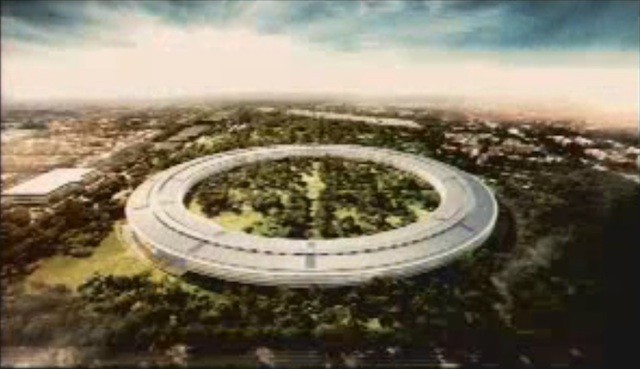 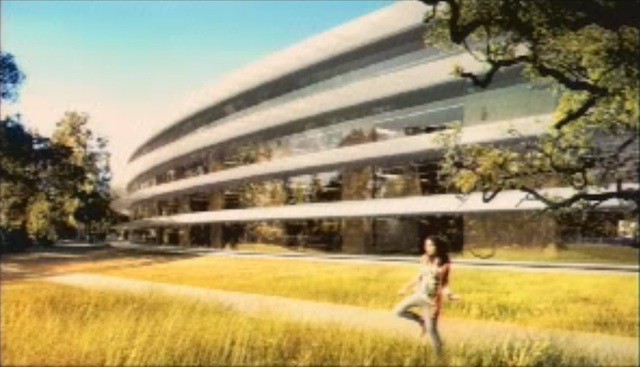 Jobs said there wouldn’t be one flat piece of glass in the place. It would be very expensive to build. Apple has learned a lot from its stores, Jobs said. 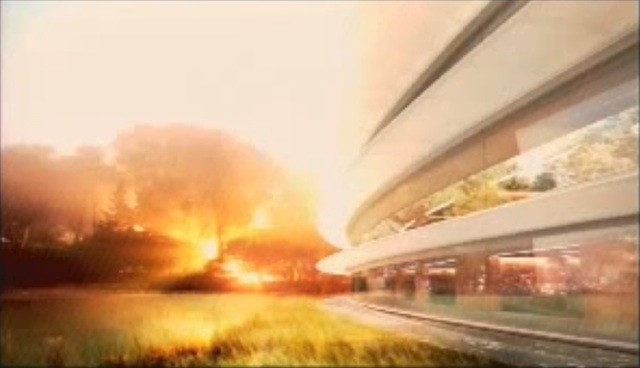 There’s a cafeteria that feeds 3,000 people at one sitting. That’s the kind of scale you need when you have 13,000 people, Jobs said.

80% of the new campus would be green space, Jobs said. The land is currently office buildings and big asphalt parking lots. It was previously owned by Hewlett-Packard, which sold it to Apple as it downsized. Jobs said the parking lots would be replaced with parkland and about 3,000 new trees.

There’s more trees in the mothership’s central park area. “I think we have a shot at building the best office building in the world,” Jobs said. “I really do think architecture students will come here to see this, it could be that good.” 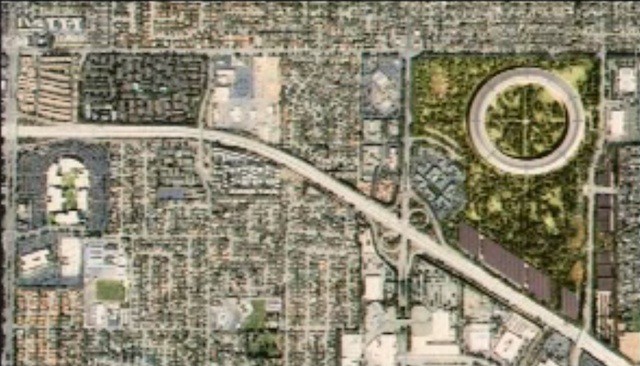 Here is where it is situated in Cupertino. Apple’s current HQ is to the left. If you’ve been there, you get an idea of the size. One Infinite Loop is a pretty big campus. 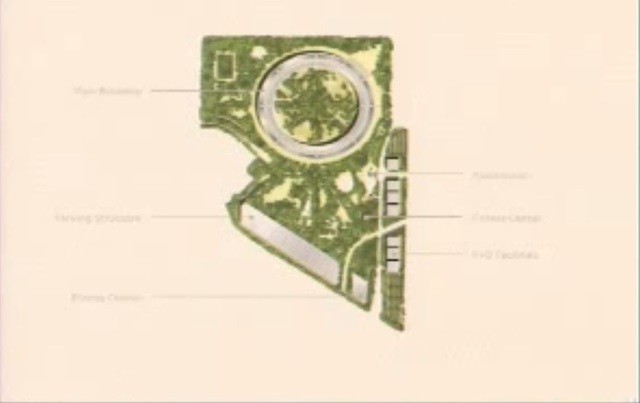 As well as the round central office building, there would be a four-story parking structure (the long rectangular building at the bottom). Most of the parking is underground, Jobs said.

Jobs said there would a power plant (the smaller trapezoid at the bottom) that ran on natural gas and other green sources. The grid would be used for backup. There’s also an auditorium (for keynotes), a gym, and “testing” buildings (the cluster of buildings along the right). 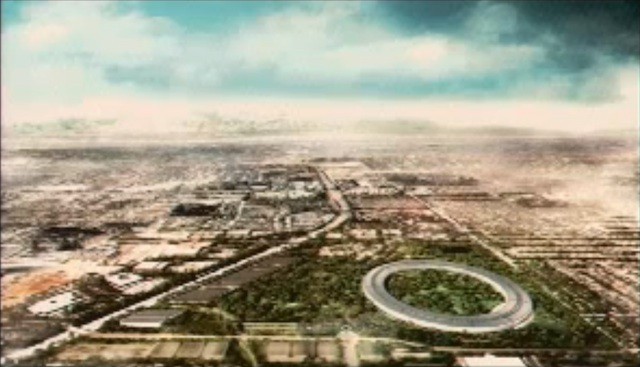 Jobs said Apple wants to break ground next year and have it ready by 2015. The city council asked what’s in it for the residents of Cupertino? One suggested Appel provide free WiFi, another asked for an Apple retail store. Jobs didn’t make any promises.