With just under 10 hours still to go before Steve Jobs kicks off this year’s Worldwide Developers Conference, some eager attendees are already forming lines outside San Francisco’s Moscone West. A famous face among the bunch is Jay Freeman (better known as Saurik), the creator of Cydia.

This photograph was taken by Matthew Panzarino of The Next Web, and has Saurik circled in the background: 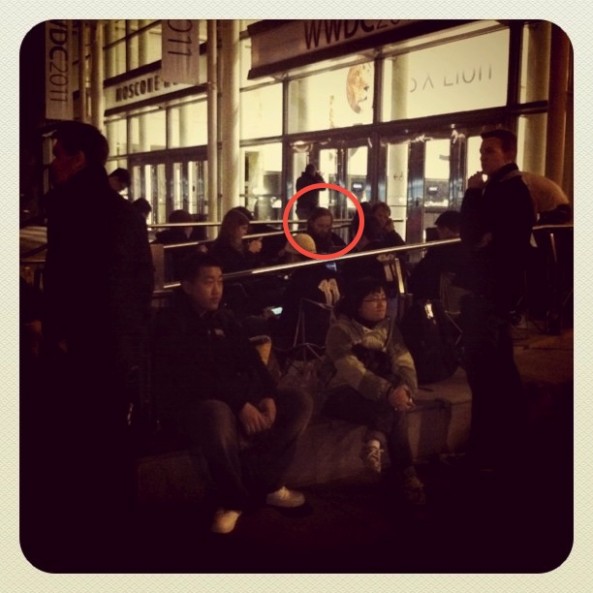 This photograph shows the first person in the WWDC line who set up camp at 5 PM Pacific:

We’ll update this post with more pictures as they come in!