For the tenth anniversary of the opening of the first Apple retail location, the stores themselves got new, cutting edge signs made out of iPads.

Don’t let your initial impression fool you, though. A poster this may be, but it’s a great read, full of fascinating tidbits about the Apple Store that I’ve never read before. Here’s some examples.

• Apple closed an entire street in Sydney to bring in the three-story glass panels used to make the Sydney Apple Store.

• Apple built a full-scale face of the Regent Street Apple Store in Cupertino’s parking lot to make sure the design looked right.

• For the granite in Apple Stores, Apple uses a blow torch to make it reveal its true color.

• For the steel in Apple Stores, they blast it with virgin sand.

• Apple once experimented with making their retail stores smell like pine trees or tomatoes to make them more inviting, but ultimately abandoned the practice.

• Apple built the first mini-store… and abandoned it… just to see if customers would prefer a more intimate retail space (they don’t.)

• Musicians have recorded albums in the Apple Store that have topped the sales charts.

• For work in the South, Apple has had to learn the proper use of the word “y’all.”

• Apple used to keep a free minifridge stocked with water to entice customers to visit the Genius Bar, but then abandoned it. (Given how long I can wait in front of the Genius Bar some days, I wish they still had this)

• Apple abandoned having the geniuses wear black t-shirts because it made them blend in to the crowd. Blue is just the right color that encourages both approachability and sets employees out from the customers. 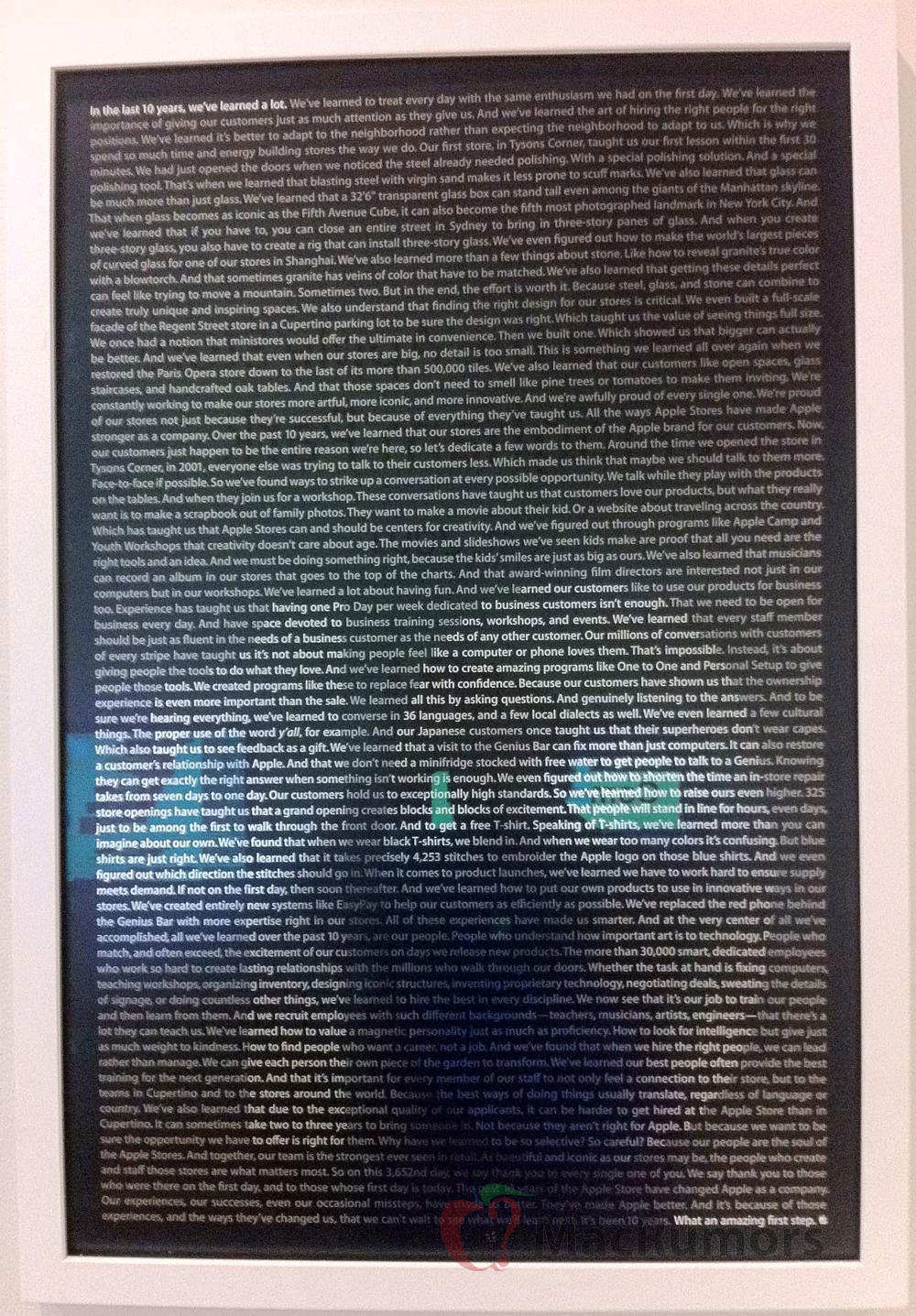 And here’s the full transcript, courtesy of ifoAppleStore: