MacRumors has a sneaky spy shot of the new iCloud icon, courtesy of a banner going up at WWDC. Hope Steve Jobs doesn’t see the pic. It’s pretty sloppy work by those two banner hangers. Who thinks they’ll be fired by day’s end?

Then again, Jobs already let the cat out the bag, letting everyone know that Monday’s keynote will be about iCloud, iOS 5 and Lion.

And here’s another, better pic: 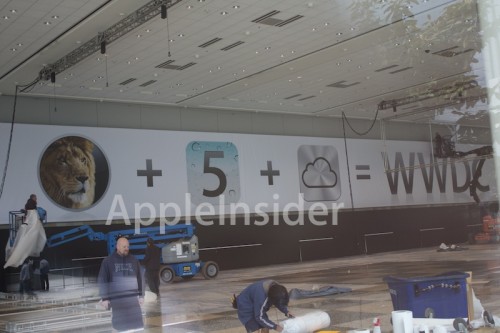