When iOS 5 finally hits our devices there may no longer be a need to download third-party Twitter clients from the App Store. In addition to revamped notifications and the introduction of widgets, Twitter integration may be one of the new features built into the new OS.

Though we’ve heard rumors that Facebook integration may one day be built into iOS, this is the first time that we’ve heard the same speculation about Twitter. According to a TechCrunch report, sources have confirmed that Twitter has formed a partnership with Apple to integrate its upcoming photo sharing service into iOS 5:

Specifically, we’re hearing that Apple’s new iOS 5 will come with an option to share images to Twitter baked into the OS. This would be similar to the way you can currently share videos on YouTube with one click in iOS. Obviously, a user would have to enable this feature by logging in with their Twitter credentials in iOS. There would then be a “Send to Twitter” option for pictures stored on your device. 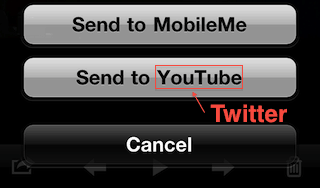 Although the report only mentions photo sharing, John Gruber of Daring Fireball believes there’s much more to it:

So close to the bigger story, but yet so far. Imagine what else the system could provide if your Twitter account was a system-level service.

One of the nicest features built into HTC’s Android smartphones is ‘Friend Stream’, which streamlines your social networking and offers one widget through which you can access Facebook and Twitter simultaneously. Personally, I would be delighted with a similar feature for iOS that means I could wave goodbye to dedicated Facebook and Twitter applications.

Would you prefer one app or widget built into iOS that does it all, or are you happy with dedicated applications for each service?