When OS X 10.7 ships later this summer, one of its least used yet most beloved system applications will be getting a gorgeous new facelift.

Starting with Lion, Terminal.app will not only gain the ability to adjust the blur on transparent terminal windows, as seen in the above screenshot, but program will finally get a true full-screen mode, perfect for immersive late night sys rooting (not to mention Nethack all-niters).

Full screen Terminal is made even more interesting when combined with some of the new multitouch gestures; a four fingered sideways swipe on a touchpad will smoothly slide between full screen apps and desktops.

Here’s what one of those transitions looks like under Lion: 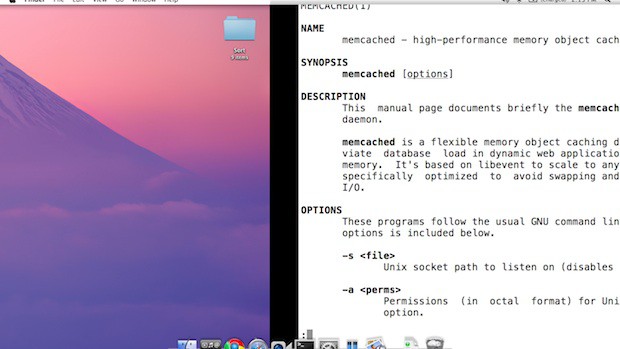 There’s plenty of third-party terminal applications that do stuff like this, but it’s nice to know that Apple will be fleshing out the default Terminal.app in Lion. These are changes anyone who spends time at the command line will find pleasantly surprising.