According to a report on local television station KHOU Channel 11 you just might get more than you bargained for after your next trip to a local Apple Store in Houston, Texas. According to authorities in Houston there have been at least six Apple customers in Houston who have been followed home and robbed at gunpoint.

It is part of a growing trend in Houston and elsewhere. Armed robbers are looking to steal the Apple computers customers just brought from the local Apple Store.

Houston Police Department Detective Tony Guzman spoke about one recent incident involving a mother and her two children. A man jumped out of a car and robbed her in her own driveway right in front of the children. According to Guzman, “He didn’t demand her purse. He specifically asked for the Apple Computer she had recently purchased. ”

Eventually a suspect, Blewis Lawson, was apprehended and according to Guzman he confessed to that robbery. However, Lawson did not act alone because two other suspects, Kenneth Williams and Brandon Jackson, were also charged in the case after putting the stolen computer for sale on Craigslist, Guzman told KHOU 11. Eventually police found out that the trio would also rob the computer buyer they contacted and subsequently met with via Craigslist.

The local crime spree didn’t stop there since the report detailed another incident where two women, Gabrielle Alvarado and Jacinda Boudreaux, had the three Apple computers they had just purchased at the local Apple Store stolen from their car. They had purchased the computers from the Apple Store in the Galleria for a new business they were working on together. 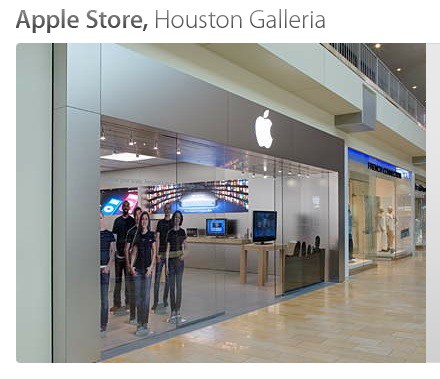 Upon leaving the store they were followed by suspects that were communicating by cell phone. This wasn’t known to them and they were unaware that the suspects continued to follow them for some time. Eventually they were followed to a local restaurant where they parked their car. Upon leaving the restaurant they discovered that their car window had been smashed, the car seat had been pulled down, and the three computers were missing.

Gabrielle warned Apple customers to be on alert. According to her, “If you are going to spend money at Apple, they need to watch their backs. ” I couldn’t agree more – watch your back people, keep alert, and watch your surroundings. If you think you are being followed head to the nearest police station.

If you want to play it safe consider ordering your next Apple computer from Apple’s online store. It will arrive in a plain brown box robbers not included.