Sentiment seems about 8:1 against young German artist Darakas’ vision for the Apple touchscreen netbook rumored to be headed to market in the 2nd half of this year.

We asked Cult of Mac readers to step up up with their own renderings and so far we’ve got a sleek looking tablet idea from reader Bobbertson, above, and another from reader Sean, below. 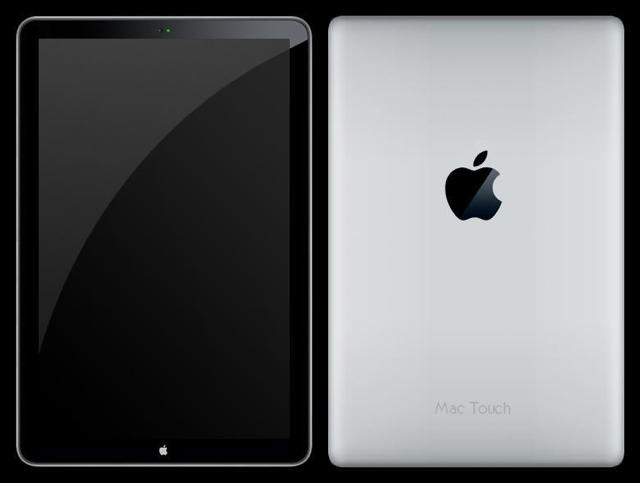 Sean imagines a device containing a 7″ Multi-touch glass screen with a black frame and chrome bezel around the screen. Something more like an enlarged iPod Touch rather than a ‘tablet’, which usually contains a larger screen.

It would have a 1.6GHz Intel Atom Processor, 512MB – 1GB of RAM, 64GB flash memory, bluetooth, WiFi, and a cut down version of OS X Leopard or ‘Snow Leopard’ to fit the device.