The hiring of a Senior Composites Engineer at Apple has fuelled more speculation that the company could move away from aluminum for building future devices, choosing to use carbon fiber instead. Kevin Kenny began work at the Cupertino campus this month after spending 14 years building carbon fiber bicycles for Kestral Bicycles, where he was the President and CEO.

This isn’t the first time Kenny has worked with Apple; a patent called “Reinforced Device Housing” filed by the company in 2009 had Kenny’s name on it, and depicted an outer casing for electronic devices made from ultra-strong carbon fiber. The patent reveals Kenny was clearly working with Apple for a long time before he became a full-time employee. 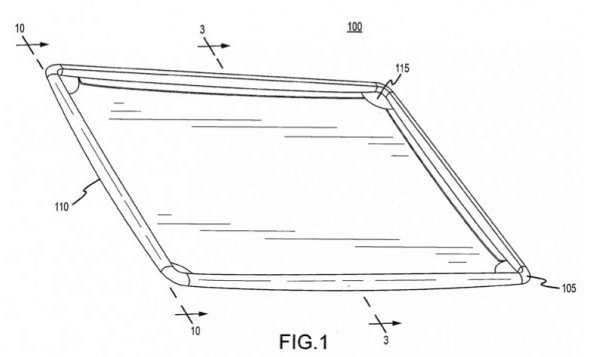 By using carbon fiber for future devices, Apple could create products that weigh significantly less than the aluminum and stainless steel devices they produce today; while maintaining the strength and durability we’ve all become accustom to.

In 2008, it was rumored that Apple would use carbon fiber to replace the aluminum housing on the MacBook Air to make the notebook even lighter. These rumors were obviously a little premature, but with today’s news we won’t rule out a carbon fiber MacBook Air altogether. It certainly sounds like perfect material to enhance the lightweight device.