If you’ve jailbroken your device for the first time this week (thanks to the iOS 4.3.1 untethered jailbreak being released), chances are that you may not know where to begin. There are thousands of neat things that you can do once jailbroken.

This post will cover just 6 of them, all of which I personally consider “must-have” tweaks for anybody who has recently joined the jailbreak scene. 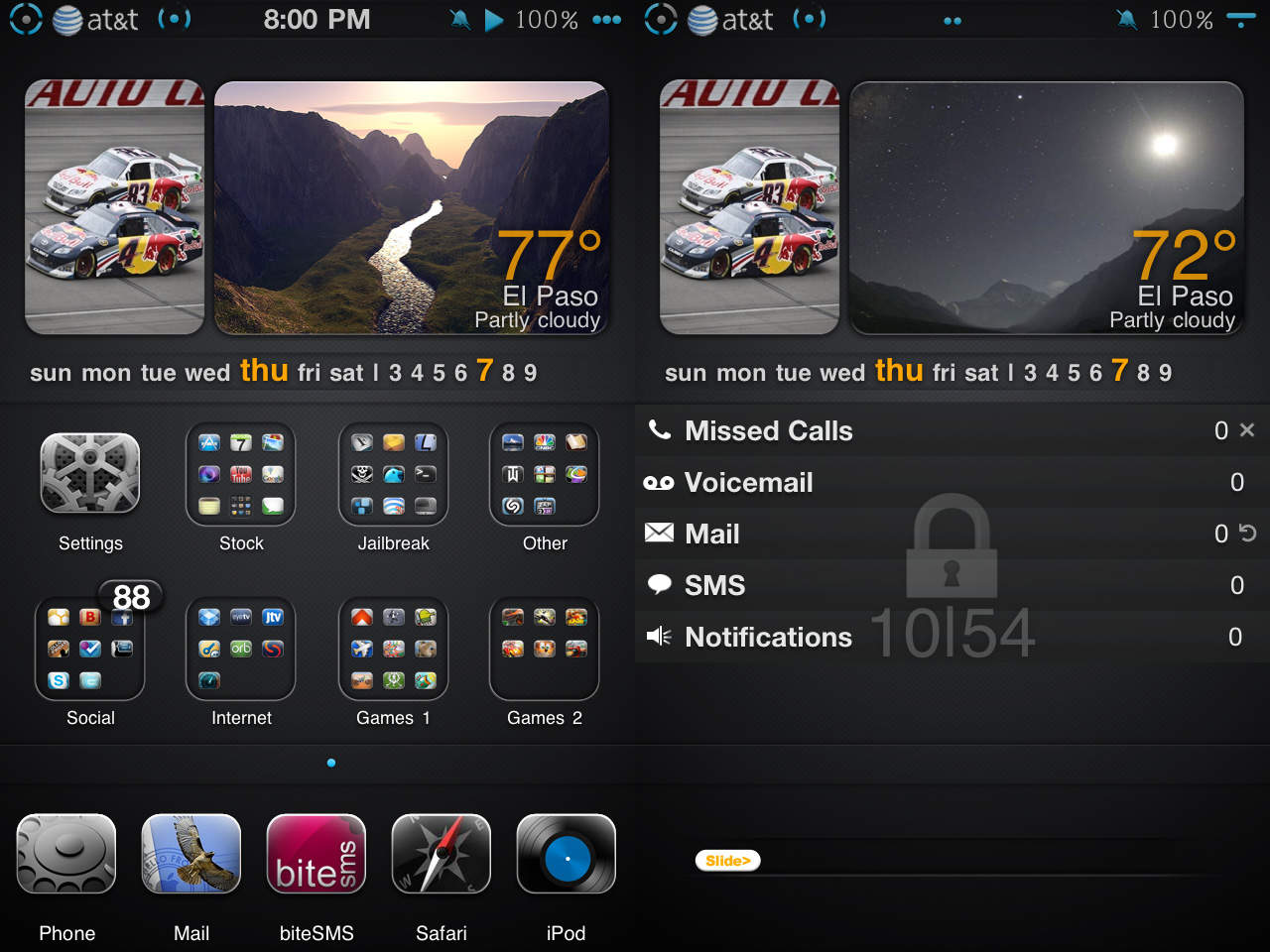 One of the main reasons to jailbreak is to use custom iOS themes, which are all able to customize the way your copy of iOS looks, functions, and feels. The above theme is called “revi” by theme designer-extraordinaire “krs”. This theme will change nearly every UI element in iOS. It also includes several nice UISounds (lock, unlock, etc). It also features a weather widget for both your home screen and lock screen, which can be customized with your own location and wallpaper. Note: The missed calls/voicemail/mail/SMS/notification area that you see on the lock screen is “LockInfo”, which is discussed later on in this post. 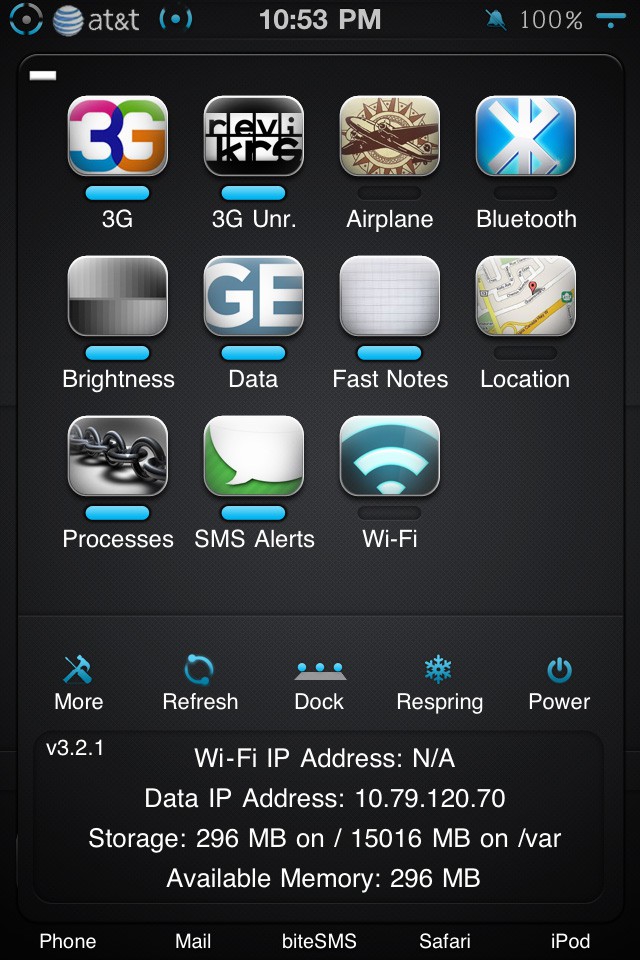 SBSettings is a really simple and convenient way of turning certain functions of your phone on and off, such as 3G, Wi-Fi, location services, Bluetooth, and more. There are also a number of extra toggles available, such as brightness, notes, and more. SBSettings also has a settings application that has some extra features, such as hiding icons from your SpringBoard, disabling/enabling certain MobileSubstrate extensions, and a lot more. Lastly, SBSettings can be themed. With the number of SBSettings themes available, you’re likely to find something that suits your style. 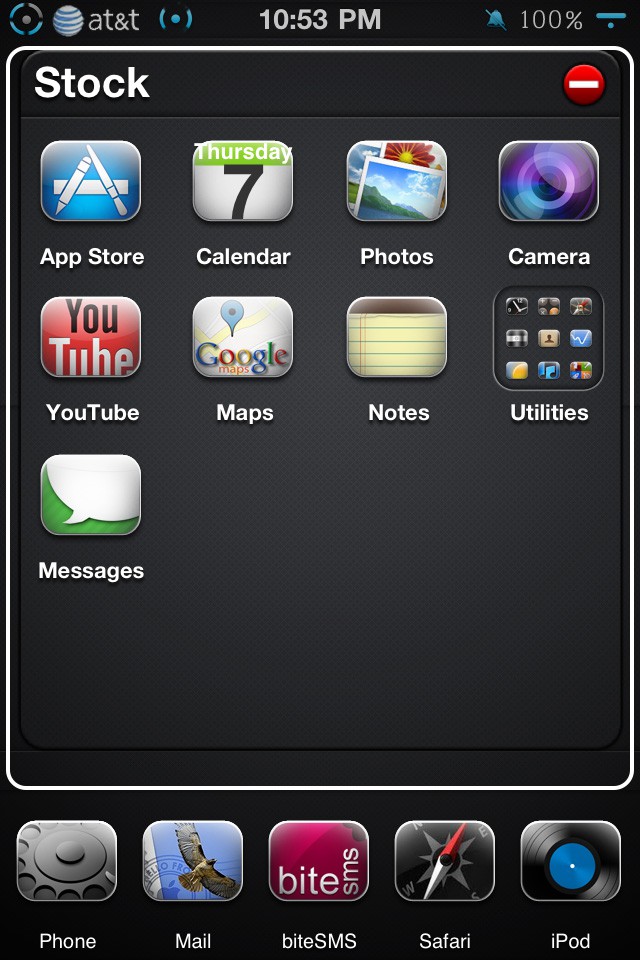 Looking for an alternative to the built-in Folders feature of iOS? FolderEnhancer is your answer. With it, you’ll be able to put folders inside of folders, add pages to your folders, scroll through the icons in your folders vertically or horizontally, and more. My favorite feature is with the speed at which it opens your folders; opening folders is instant, no matter how many icons or folders that you may have in them. The actual opening animation is silky smooth as well, which with the stock folders in iOS, could be quite sluggish and choppy if you have a lot of apps in them. 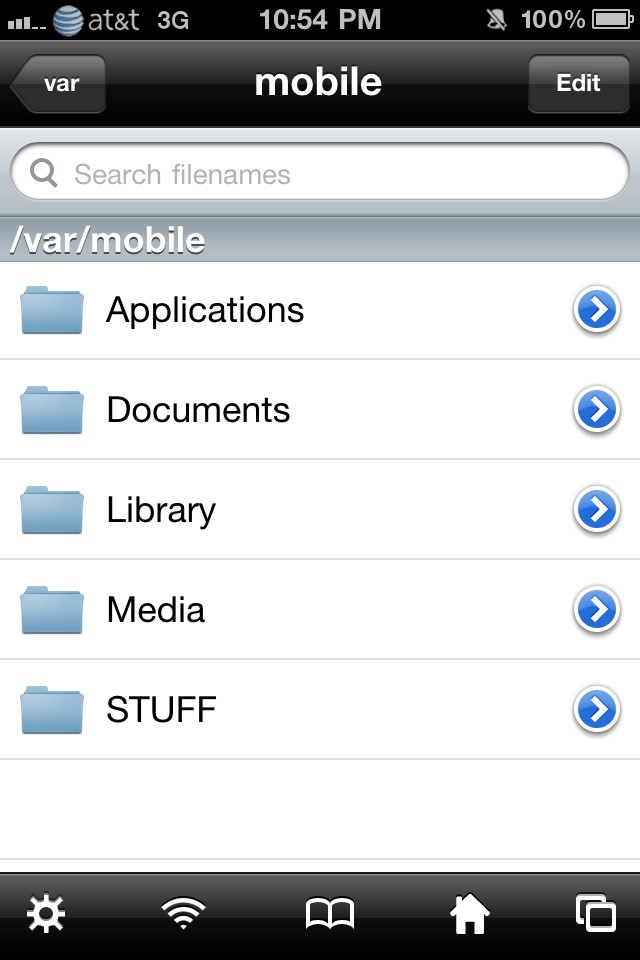 Jailbreaking opens up the entire filesystem for your browsing pleasure. iFile is a simple and feature-packed way of doing so. It brings in features, such as opening a web server, sending files to other iDevices via Bluetooth, ZIPping up files and folders, and emailing files and folders. It also allows you to open files and edit them (.plist files, .txt files, etc). If you like tinkering with things, or if you just want to know how the filesystem of iOS works, then iFile is your answer. 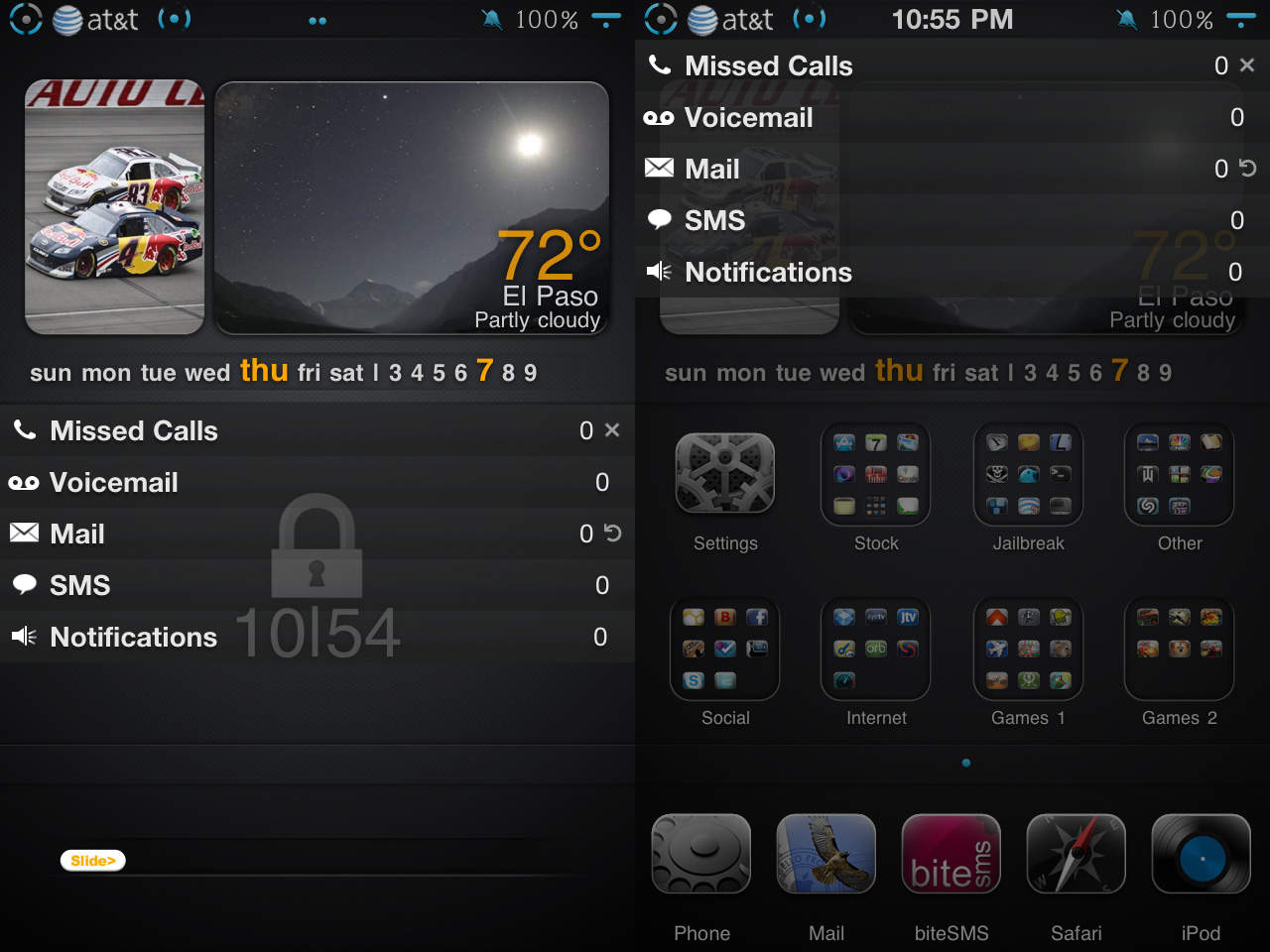 Looking for an alternative to the default iOS notification system? Want to bring your various notifications to your lock screen to quickly view them while on-the-go? LockInfo is for you. It can show you your missed calls, new voicemail messages, new email message, text/picture messages, push notifications, and a lot more all on your lock screen OR on your home screen thanks to its InfoShade feature. InfoShade is basically a drop-down panel that contains the same information as on your lock screen, but can be accessed anywhere on your iDevice no matter what application you’re in. I have mine set so that, when I slide down on my status bar, it will bring up the panel. There are a number of extra plugins available, such as Twitter, weather, RSS, and some for various “to-do” apps. 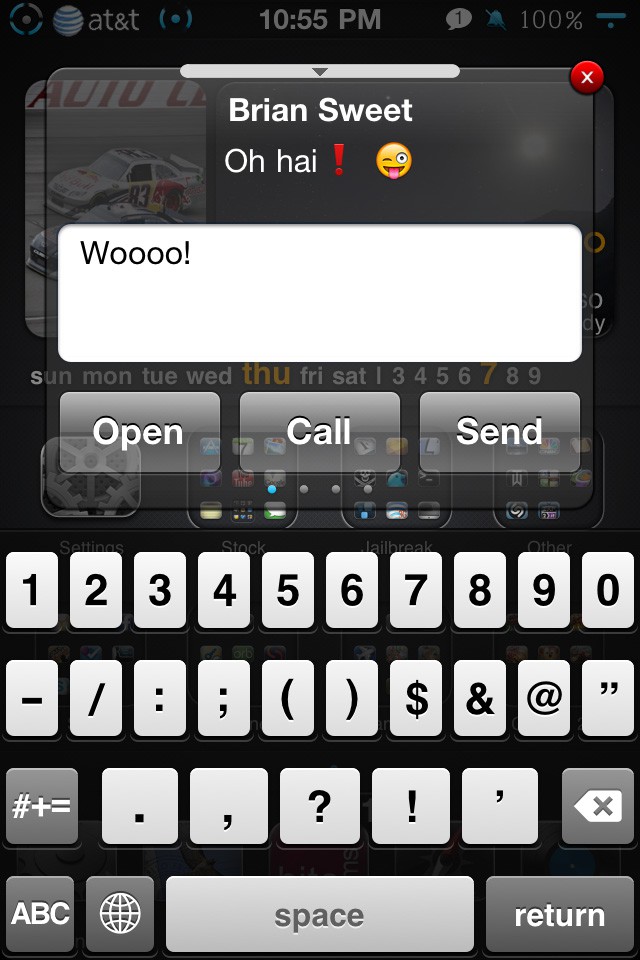 Lastly, we have biteSMS, a full iOS Messages replacement that makes Messages what it should’ve been all along. The most notable feature is the ability to reply to text messages without leaving the app that you’re in. Once the usual new message pop-up comes up, you’ll have a number of options, one of which is reply. Tapping on reply will bring up the keyboard, and you’ll be able to reply to the message right then and there. You’ll have the option to make biteSMS the default app, use Messages as the default app, or use both at the same time.