Images have surfaced of an iPod touch equipped with a capacitive home screen button and 128GB of storage space. The device is marked with a “DVT-1” badge previously found on an iPod touch discovered back in 2010, and thought to be the code Apple uses to identify prototype devices.

Other than the capacitive home button and the increased storage, it doesn’t look like anything else is different in these pictures with regards to hardware. However, what’s interesting is that it looks like the device is running version 4.2.1 of iOS, suggesting that it may have been in testing for some time. 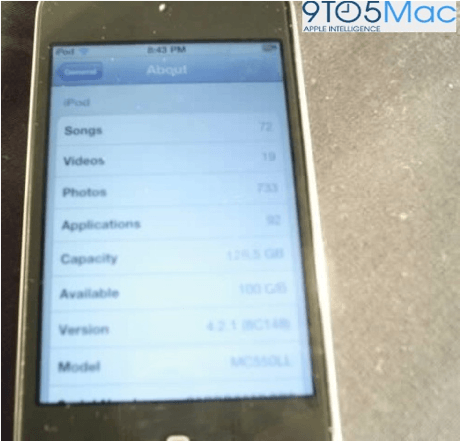 The images were first published by 9to5 Mac, who contemplated just skipping over the email, but chose instead to post the pictures up for discussion.

What do you think? Next-gen iPod touch or just a fake? Let us know in the comments.