Among his many talents, Steve Jobs was one of the great orators and inspiring speakers of our time. Part sage, part showman, Jobs combined the wizardry of a magician with the skills of a master salesman. On this, the second anniversary of his death, we take a video look back at some of his memorable demos, quotes and speeches.

We begin with one of the most influential demos of all – the unveiling of the Macintosh. While many people have seen the 1984 TV commercial, far fewer saw the event in person. Giving a hint of keynotes to come, a tuxedo-clad Jobs and his magical child steal the show on January 24, 1984.

Speaking of that 1984 commercial, in 1983 Jobs gave another keynote address. Describing the history of computing, IBM’s missed opportunities and the current threats to Apple and the industry, a passionate Jobs – with full Reality Distortion Field in force – gives a grandiose premiere of the Ridley Scott SuperBowl spot to another enthusiastic crowd of Apple insiders. Apple SuperNerds will notice a few soundtrack differences between this spot and the commercial that aired.

In an interview for the 1990 film Memory & Imagination, Jobs noted that computers are like bicycles for our minds. They are enabling tools which allow us to leverage and multiply our capabilities. Steve was with NeXT at the time, but this concept has been true for the history of Apple, and computing in general. We note here the early appearance of jeans and the black turtleneck, soon to become a presentation staple.

In the 1996 PBS film Triumph of the Nerds, a reflective Jobs said: “It comes down to trying to expose yourself to the best things that humans have done, and then trying to bring those things in to what you’re doing. Picasso had a saying: Good artists copy, great artists steal.“ 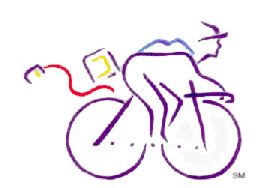 Marketing is about values. In this presentation given after his return to Apple in 1997, Jobs expounded on Apple’s philosophy and core value: people with passion can change the world for the better. This attitude launched the Think Different campaign and the remarkable rebound of Apple. The quality on this clip is a bit poor but the message is poignant.

It’s 2001 and Jobs is now iCEO back at Apple. The iMac has put the company back on the map, Mac OS X has arrived and Apple is moving into consumer electronics with the launch of the iPod. The Digital Hub strategy has arrived, and Steve goes all out during this keynote presentation.

Jobs final years at Apple saw things just getting better and better. New products: iPod, iPhone and iPad. Increasing market share for the Mac, written off for dead just a decade earlier. And increased recognition and respect for both the company and its co-founder. For a more condensed Reality Distortion Field experience, Mahalo Daily presented this entertaining look at the 2008 Macworld keynote – 90 minutes in 60 seconds.

In 2005 Jobs gave an extremely moving commencement address at Stanford University. The time was shortly after his recovery from pancreatic cancer, and this inspiring speech is a rare glimpse into the personal side of this very private man. Matt’s Macintosh edited old footage to an excerpt of that address.