Rumors have been running rampant on the internet about AT&T’s response to the Verizon iPhone and one of those rumors was about adjustments that AT&T will be making or could be making to current data plans. Retention of current customers seems to be on AT&T’s mind lately and we can thank Verizon for that.

It all started with the fairly generous offer of 1,000 rollover minutes for customers who simply sent the word “yes” in a text message to 11113020.  The system responded telling those customers that they would receive these minutes on their account within four weeks. However, the generosity hasn’t stopped there.

A friend of mine, who is testing iOS 4.3 Beta 3 on their iPhone 4, has advised me that they recently set up and activated the Personal Hotspot feature and were surprised by some changes made to their AT&T data plan. They weren’t aware of these changes until after checking  their data usage status and received the following text message from AT&T: 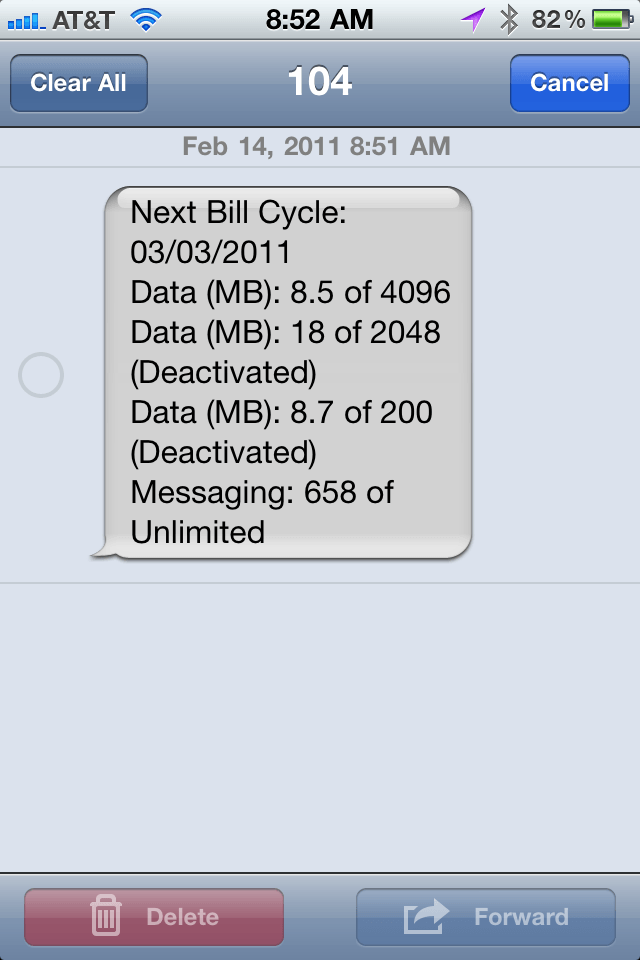 According to the text message AT&T has bumped their data plan from  2GB per month to 4GB per month. This is alignment with rumors I’ve heard about AT&T making changes to its data plans in light of the competition with Verizon. The competition is good for consumers so I hope we’ll see an iPhone on every carrier in the US so that we can get some really good deals.

Did you know that you could  view your Data and Message usage by dialing *3282# on your iPhone? Did you notice any positive or free enhancements to your account made by AT&T that didn’t affect the cost of your data plan? Tell us all about it in the comments.

I’ll be reaching out to AT&T for comment about this and updating the post with their response later.