First on our list of must-have iOS games this week is EA’s latest hit, Bop It!, which brings all of the crazy fun from the incredibly popular Hasbro handheld game to your iPhone and iPod touch. Listen to the whacky commands and get ready to test your reflexes in this frantic mega hit.

Also on our list of favorites this week is Gameloft’s latest App Store release, Sacred Odyssey: Rise of Ayden. Plunge in to the most ambitious action RPG ever made for iOS in this amazing adventure that features countless hours of fascinating gameplay set in a glorious 3D world.

Battleheart is a unique fantasy combat game from the creators of Zombieville USA and OMG Pirates, which distills some of the greatest elements of roleplaying and real-time strategy games and incorporates them in to this remarkable battler that also earns a place in our pick of this week’s top games.

Find out more about the games above and check out the rest of this week’s must-haves, including Who Wants To Be A Millionaire 2011 and New Bust-A-Move, after the break! 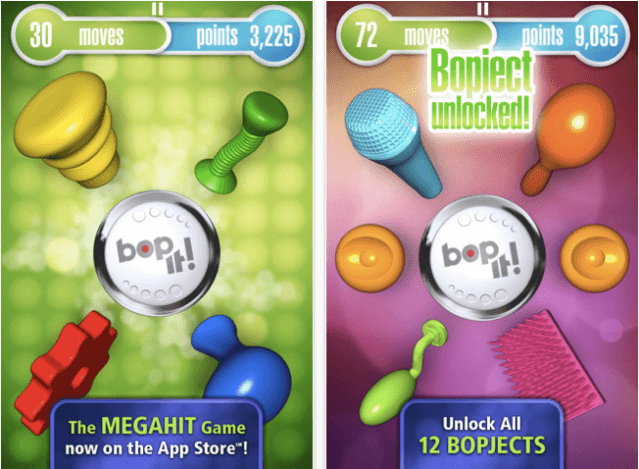 The awesome handheld game from Hasbro is now available on your iPhone and iPod touch and it’s just as crazy and addictive as ever! Listen to the Bop It! commands and use the simple multi-touch and accelerometer controls to bop, twist, pull, and more to get your highest score before the time runs out. There are 4 solo and 4 multiplayer game types to choose from that guarantee endless hours of frantic fun, and you can even post your highest scores to Facebook and challenge your friends to beat them. Unlock exclusive ‘Bopjects’ that require all kinds of moves that will have you spinning, flicking, cranking, and more in a Bop It! experience you won’t get anywhere else. 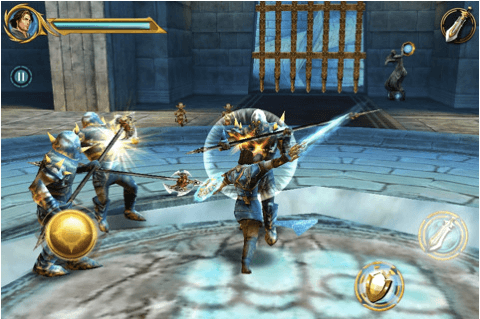 You are Ayden, a young hero chosen by the god of Uryah to save the kingdom of Lasgalen from the apocalypse in this epic action adventure set in a majestic open world. Reunite the 4 fragments of Uryah’s grail and gain the supernatural powers you’ll need to defeat Amonbane, the dark lord at the heart of Lasgalen’s suffering. Ride your horse across the expansive 3D kingdom plains, using your sword to battle off fields of enemies on your quest to meet Amonbane in the royal halls of Kivira Castle. Begin your journey with a simple sword and acquire new weapons and abilities along the way. Each piece of new equipment will grant you access to new areas, new techniques, and greater danger, as you overcome the many enigmas and challenges you face on your quest. Sacrifice yourself to save your kingdom in this fascinating Gameloft adventure. 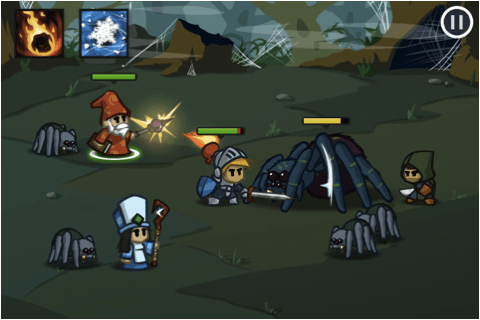 Create a unique party of heroes and lead them through intense real-time battles against monsters of ever-incresing power. Lay waste to your foes with dozens of special powers as you gain a wealth of experience, upgrade your party’s equipment, and craft them into the ultimate battle force in this unique world of fantasy combat. Use a variety of character classes to create your party, including stealthy rogues, powerful wizards, and stoic knights. Use the simple touch commands to control your army and make the most of its skills on the battlefield to turn your enemy into frogs, stun them with poisons, or simply destroy them with meteor strikes and whirlwinds of steel. There are over 100 items to collect across a 30+ level campaign complete with monumental boss battles

Who Wants To Be A Millionaire 2011 incorporates the latest show rules and cutting-edge graphics to create the most impressive and entertaining version of the quiz game to date, with more strategy, more unpredictability, more risk, and more reward. This year’s game features new randomized questions, a shorter road to win that whopping $1 million, and a brand new lifeline; authentic sounds and animations taken straight from the show; Game Centre achievements; and Retina display graphics. Take the hot seat and test your knowledge with nearly 1,000 general knowledge questions. 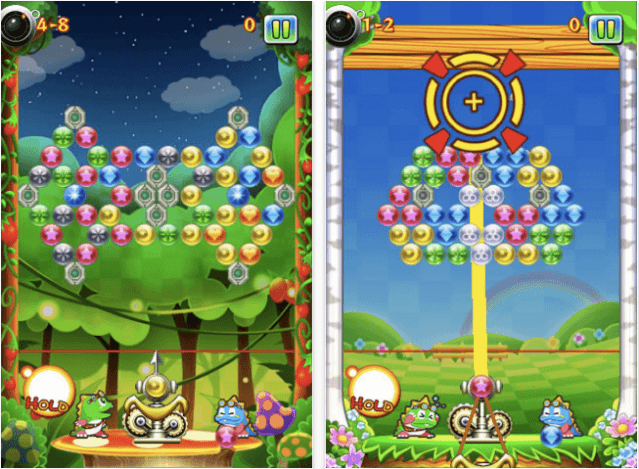 Packed with new tricks, the latest instalment of the world-famous Bust-A-Move series is here with all the classic elements you know and love, along with plenty of new gimmicks. Burst the bubbles that obstruct the hero Bubblun’s path and help him on his quest in one of the most enjoyable match-3 games available. This game includes both of the original ‘classic-style’ stages in addition to challenging boss battles and innovative new levels with completely new rules. Featuring Game Centre support with achievements and global high score rankings. New Bust-A-Move is a highly addictive and delightfully well-made puzzle game that is certain to hook both existing fans as well as newcomers to the title.