Cult reader James moves to the head of the pack in the incredible contest to see how many apps can be running on your Mac and displayed on your desktop in all their juicy, chaotic goodness by Exposé.

James’ machine is Mac Pro 8 core, with 10GB RAM, 30″ NEC 3090 monitor, and 2 1TB Samsung drives raided together. He has a lot of high end apps running, including all of Final Cut Studio, all of Adobe Creative Suite CS 3 Design Premium, all of Office 2008, all of iWork 08, Google Earth, Windows XP and Crunch Bang Linux in virtual box , Sling Player, Filemaker xcode and mmaannyyy more.

“I got to the point where it started giving an error code and would not launch any more apps,” he told us. “When I tried to screen shot it refused, so I had to quit an app before I could make a screen shot.”

He thinks there are about 240 apps running in all, but says, “I reckon the Pro could take another 100 if the OS would allow it — maybe snow leopard.” 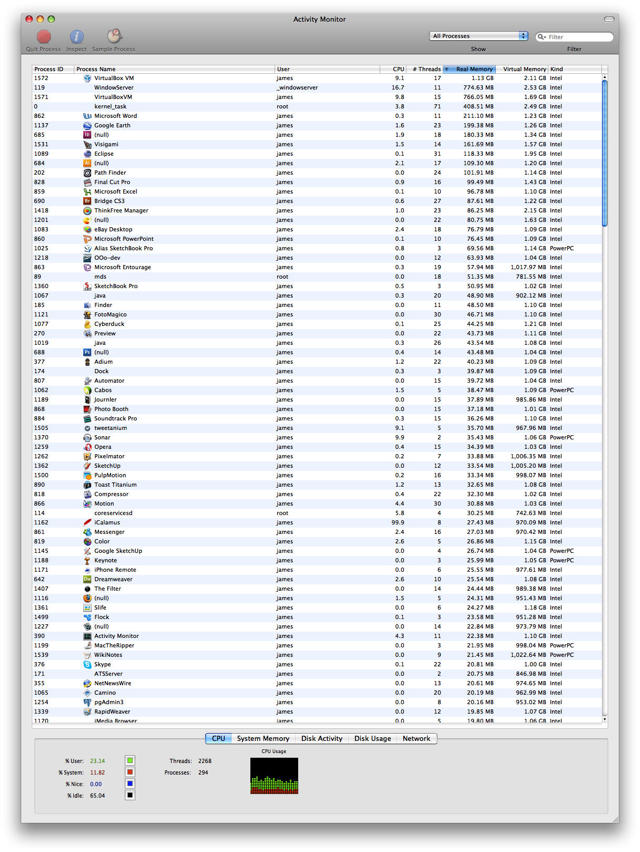 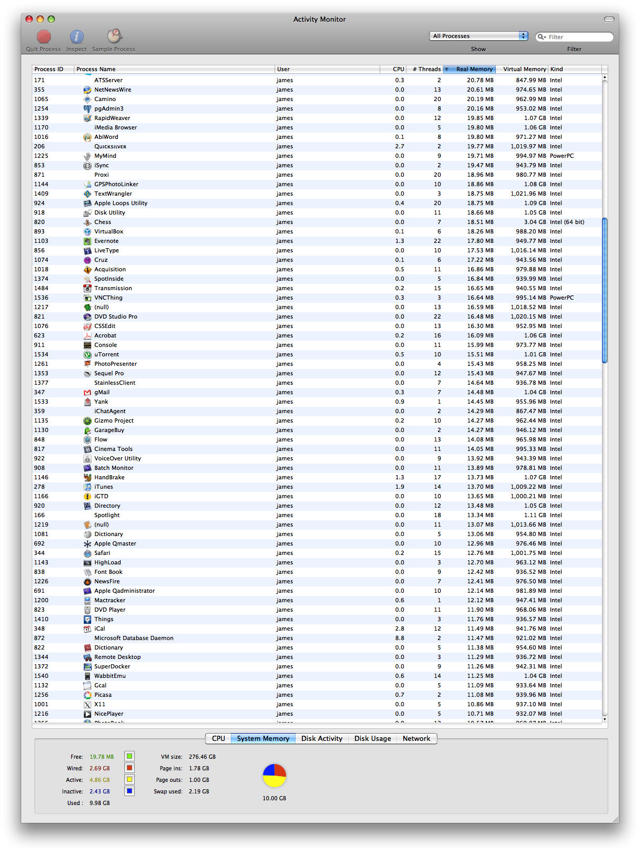 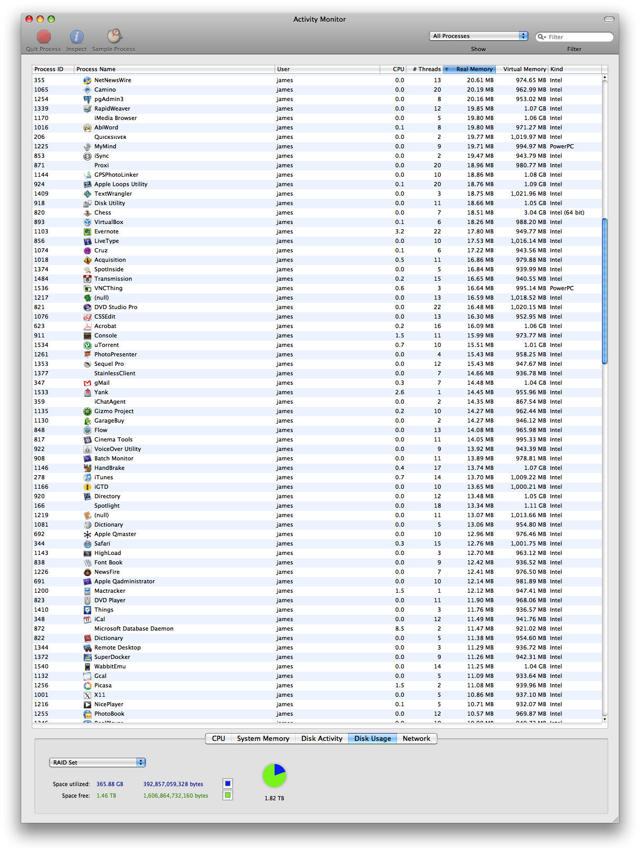