SAN FRANCISCO, MACWORLD 2011 — As one of the key architects of the original Macintosh, programming legend Bill Atkinson is in a good position to make sensible predictions about the future of tomorrow’s computer interfaces.

We’ll wear a tiny video-equipped earpiece that will see, hear and record everything we do. On the other end, in the cloud, will be a virtual personal assistant that will act as a cognitive prosthesis. 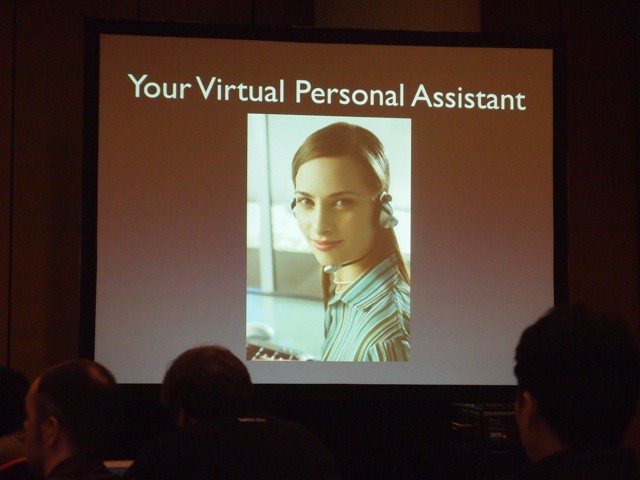 “I think what’s going to happen will be driven by the mobile market,” said Atkinson during his talk here at Macworld on future UIs. “The UI for mobile will never be keyboard and mouse.”

Instead, we’ll have a phone in our pocket or purse and will wear an earpiece with a microphone, speaker and camera.

“You point at a building, the camera will see where you’re pointing, and say, ‘That’s Bank of America.'”

“A memory prosthesis will be the killer app of these virtual personal assistants,” Atkinson said.

Atkinson is 100% convinced that natural language is the computer UI of the future. No doubt about it.

“I can tell you for sure, they’re going to happen,” said Atkinson. “I can’t tell you when.”

Nonetheless, Atkinson doesn’t think it will be long. Certainly within 10 years. The best evidence, he says, is the upcoming episode of Jeopardy featuring an IBM supercomputer.

Atkinson thinks it will be a watershed moment.

“When we see computers interacting with a natural language interface, people are going to want it,” he said.

“I’d ask you all to watch Jeopardy on February 14,” he said. “It may be a momentous occasion.”