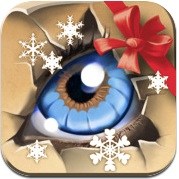 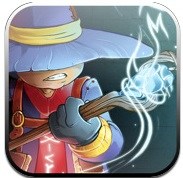 It’s time for yet another Monday iPhone App Giveaway brought to you by Appular! This time we’ll be posting delicious app codes on the Cult of Mac Facebook and Twitter pages and it’s up to you to grab them first. We’ll be dropping codes throughout the day so it’s best to Like us on Facebook or Follow us on Twitter so that the codes are immediately delivered to your desktop.

Special Thanks to Appular for helping us put together these app code giveaways! If you’ve got a mobile app that you’d like marketed effectively, contact the good folks at Appular!

Here’s a look at the apps we’re giving away: 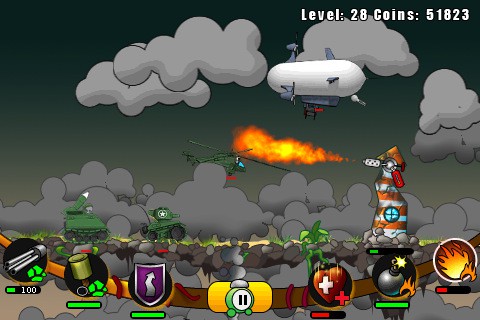 Drake’s Tower sends you into a world overrun by brain-washed zombies, hostile alien life and unimaginable dangers. Protect Drake’s Tower from countless waves of enemy fire with Drake’s ingenius inventions. Use the elements to your advantage with Drake’s fantastic creations and deal truly catastrophic damage! Choose between Fire, Stone, and Electrically enchanced weaponry to create the most devestating combination for the task at hand. Drake’s Tower offers two exciting game modes; Adventure Mode and Survival Mode. In Adventure Mode, travel throughout 50 unique levels battling Bizzaro’s top minions and restoring peace and balance to Zombie Land! In Survival Mode try to withstand the waves and waves of relentless enemy fire and fight against time in the battle for a “Survivor Master” title. Cost: $0.99 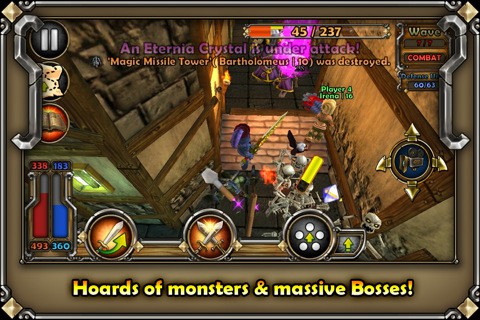 Take on the role of one of four distinct Hero classes, and battle hordes of invading creatures by strategically summoning a variety of Towers & Traps throughout your Castle. Directly partake in the action-packed combat with your hero, while leveling up, gathering tons of loot, customizing & upgrading equipment, and developing your class abilities. All of this can be played in seamless online GameCenter multiplayer, as you cooperate and compete throughout the Campaign & Challenge Missions to build the strongest heroes and achieve the highest scores in the online kingdom. Combining the depth of strategic gaming with the satisfying action of RPG character building, in a beautifully stylized ‘toon fantasy setting built with Epic Games’ Unreal Engine 3, DD is designed to be an addictive experience for casual and veteran gamers alike! Cost: $2.99 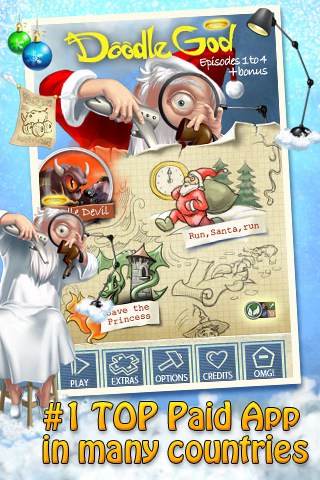 Doodle God™ puts the power of creation in your hands. Mixing and matching different elements, work your way up, all the way from bacteria and beetles, to clay and ceramics, to tools, weapons and beyond! But beware, creating a whole world is not so easy – inventing the wheel might just end in a plague of zombie! Don’t worry though; you’re not completely alone on your cosmic journey! Every time you successfully create a new item or procedure, you’ll also be rewarded with the wit and wisdom of some of the greatest philosophers and comedians! Clear, colorful graphics bring the rise and fall of mighty empires to your iPhone screen. Unleash your inner god with Doodle God™! Cost: $0.99 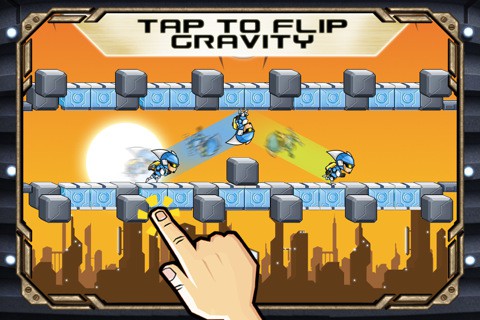 In a world where gravity laws were broken,  a brave guy, was held captive for defying the rules. Not happy, he decided to escape, being the first one to run for his life flipping gravity at will. Being chased by Gravity troops, Gravity Guy can’t stop, he has to keep running and it’s your job to guide him through an impossible world of mazes, flipping gravity when needed. This fast paced and frustratingly addictive adventure features 30 challenging levels, and 3 different worlds, and guarantees you many long hours of fun! Cost: $0.99