LAS VEGAS, CES 2011 — The annual Consumer Electronics Show this year was dominated by 3D TVs and Android tabs, but there was still plenty to see for Mac and iOS fans.

As the show wraps up, here’re our picks for the best gear on display in Sin City this year. Most, but not all, is Apple-related.

Best New iPad App: Boxee’s media software is the best reason to own and hack an old Apple TV: It makes it really useful. Now Boxee is prepping to bring the same magic to the iPad in the second half of this year. Above is a sneak peek of what it’ll look like. 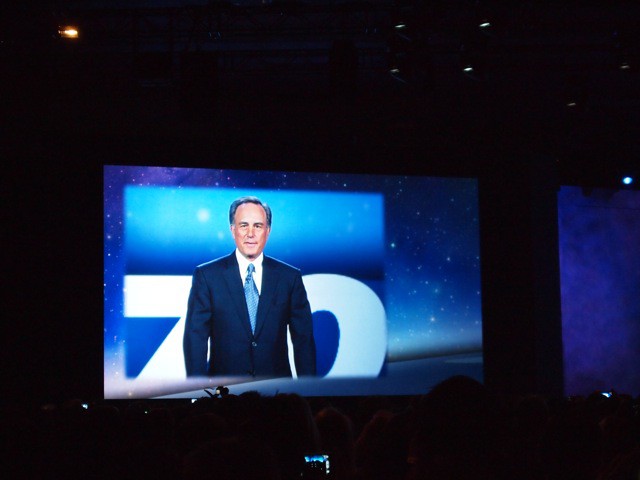 Best Bullshit Keynote: Verizon CEO Ivan Seidenberg’s 90-minute opening keynote had lots of info about how great his company is — but no mention of the giant elephant in the room: the iPhone 4. The hall started clearing as soon as it became clear he wasn’t going to mention it. Two days later, Verizon sent out media invites to a special press event in New York on Tuesday. Guess what it’s about… 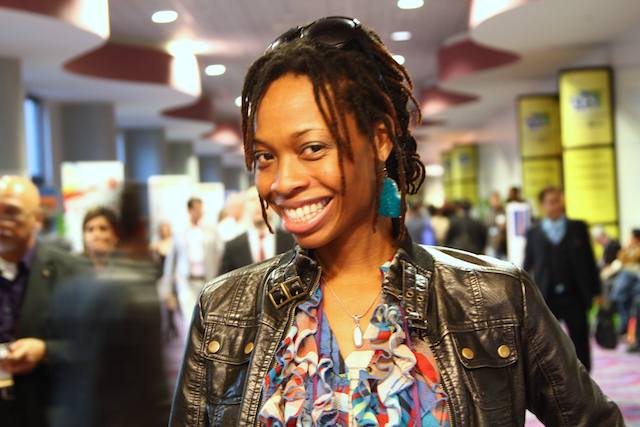 Most Vivacious Show Goer: First-time CES attendee Wendy Berry of Fusicology was amazed at the number of men at CES. The 34-year-old from Los Angeles was overheard telling her girlfriend to get on a flight and join her at the show.”97 percent of the people here are men,” she said laughing. “A single girl like me can really get her game on.” 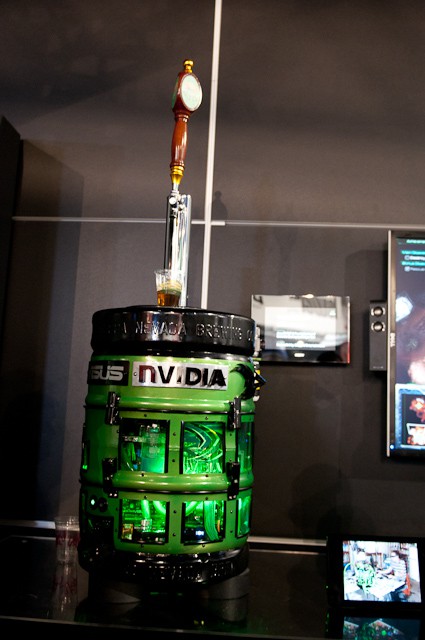 Best Computer: A computer-in-a-keg that can kill frames rates and also keep your beer cold? Apple, if you’re reading this, now we just need a KEG-BOOK PRO. 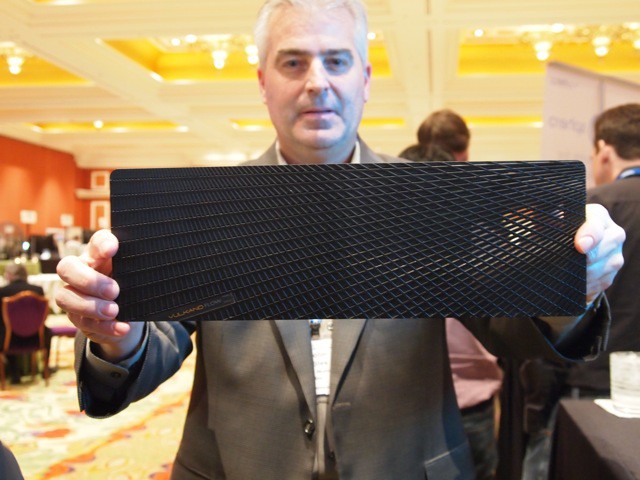 Best New Video Streamer: At $199, Monsoon Multimedia’s new Vulkano Blast may give Slingbox a run for its money. Like Slingbox, the Vulkano Blast connects to any cable or satellite box and streams video to to your iOS device, no matter where in the world you are. It also functions as a DVR (160GB of internal storage) and can sync recorded shows with your iPhone or iPad for viewing — even when offline. Perfect for catching up on TV during a long flight. Shipping end of Jan. More here. 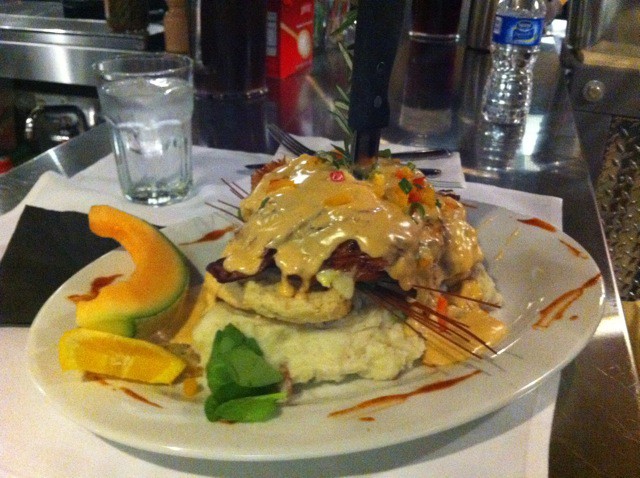 Best Heart Attack On a Plate: The giant hollandaise chicken at Hash House A Go-Go in the Imperial Palace Casino. Deep-fried chicken on biscuits covered in hollandaise sauce. Even the 400lb guy eating it next to us couldn’t finish it. 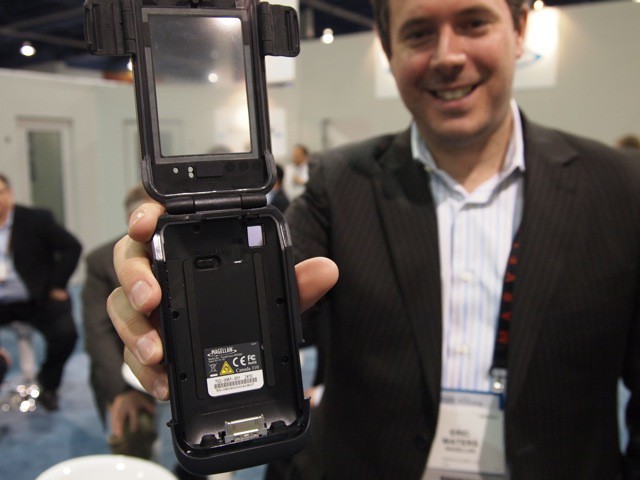 Best Band: I hateRaphael Saadiq’s Anniversary, his biggest hit, but he and his band were on fire atMonster Cable’s CES after party. So, so good. Here’s a taste of the magic.

Best Wow-Holy-Shit Moment: Check out this simply stunning 3D-mapping technology from Swedish-based C3 Technologies that elicited a uniform reaction of “holy %$*@!” from everyone who saw it. There’s also an iPad app. More here. 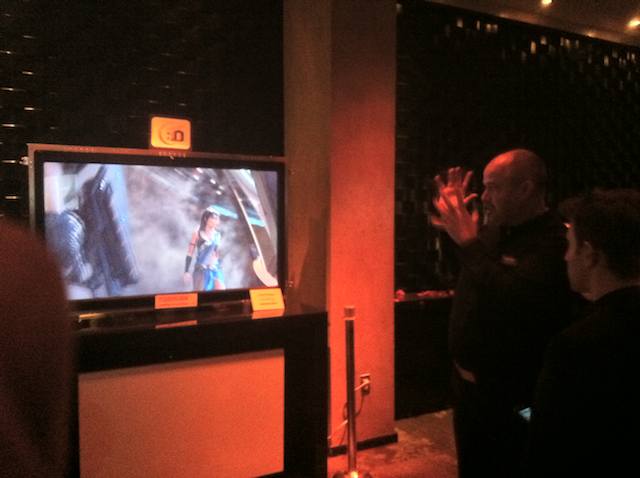 Most Sci-Fi Product: Toshiba’s glasses-free 3D TV is truly incredible. It’s the first non-crappy 3D we’ve seen, and it works without glasses to boot. The system relies on cameras that track your eyes. Stand to the side, and the image is 2D. Move into the camera’s sights, the screen flickers and suddenly pops into 3D. Your head snaps back in surprise. Truly a Star Trek moment. The 65-inch set is only a prototype for now, and building a TV for multiple viewers is a challenge, but it really works, and it’s truly amazing. 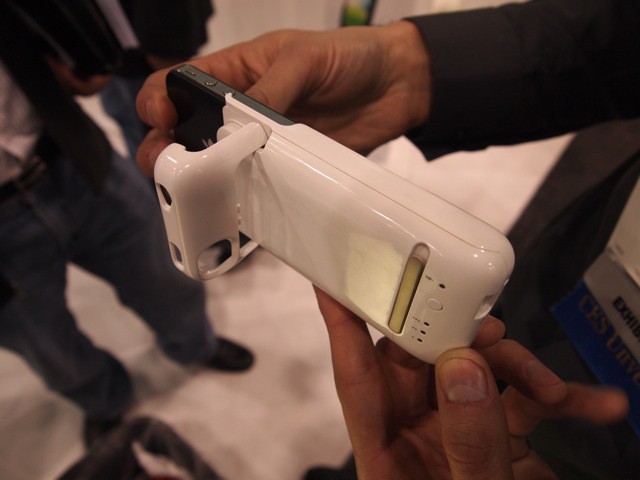 Best new Battery Case: Dexim’s new Super-Juice Power Case for iPhone 4 is slimmer than most battery extenders and promises six hours of extra talk time. Its micro-USB port allows users to charge and sync at the same time without having to remove the case. $70. 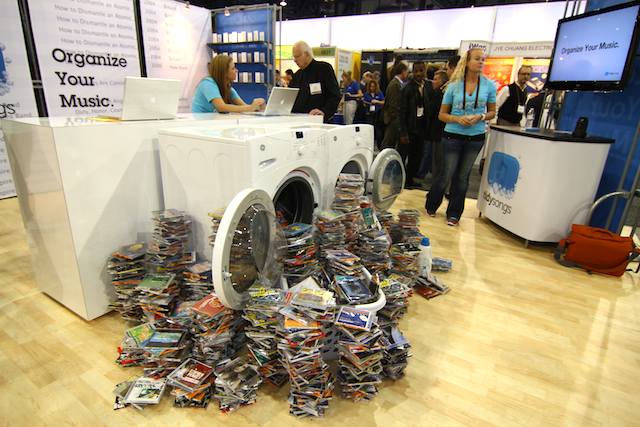 Best booth overall: Okay, now we know what we’re gonna do with all our leftover CDs — give them to Kelly McPhee (that’s her on the far right), so she and her cohorts at TidySongs can make another super-cool booth like this one for next year’s CES; “we just sat here all day gluing these together.” Awesome, Kelly — just hope you ripped all the songs from them first. 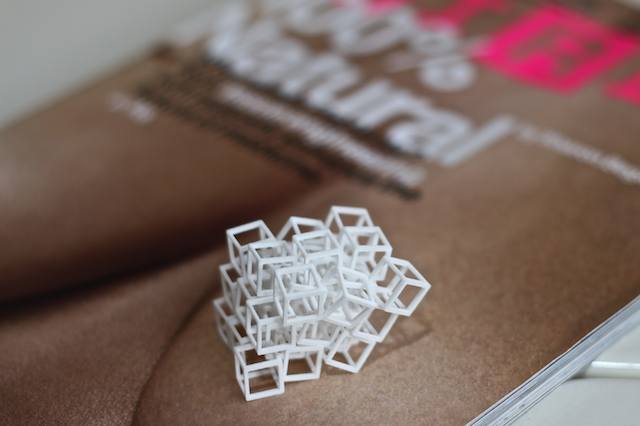 Best show swag: Being fed a steady diet of electronic gizmos, every day for five days straight pretty much made a Luddite of the lot of us (we hope the effect is temporary). So we were thrilled after being handed this intricate little 3D-printed latticed box at the Shapeways booth — and the fact that it’s a printed object would make Jasper Meeks so very proud of our choice. Shapeways announcedfull-color 3D printing, in case you’re interested. 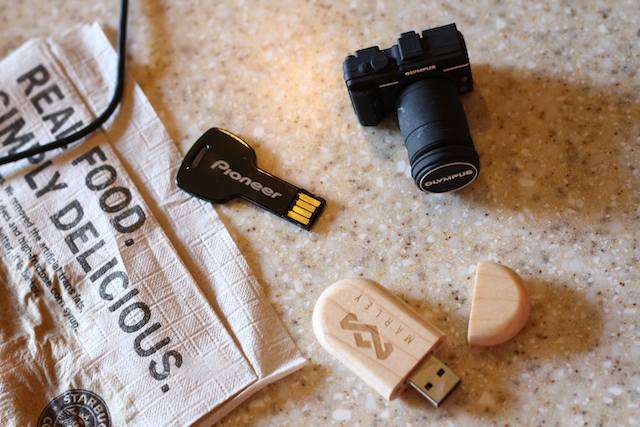 Coolest USB key press kit: These little guys have become almost ubiquitous as press kits at CES press events, and PR departments have really turned on the creative juice with them. The one from Pioneer car audio was pretty good (it’s a USB key shaped as a key — get it? A key, as a key!); the rubber SLR USB from Olympus is also cool (and obvious); but the prize goes to the Rastafarians at House of Marley for their unique, sustainable, wooden-key-with-a-magnetic-cap approach. We love! 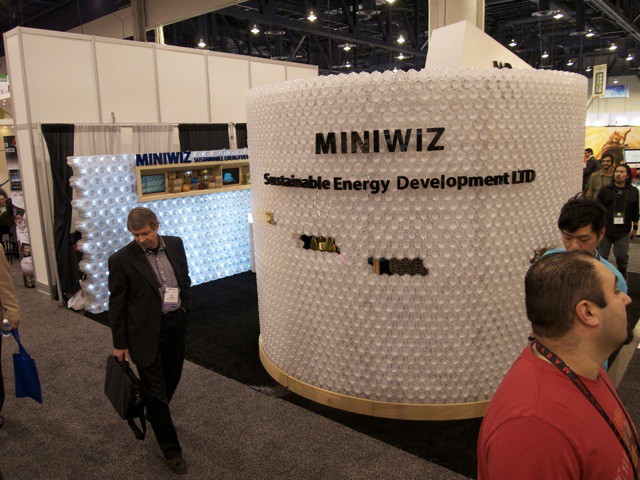 Greenest Booth and Products: The MiniWiz booth is built out of Polli-Bricks, a new architectural material made from recycled plastic bottles (it looks like them too). The same material was used to build the EcoARK Pavilion, a green building in Taipei, Taiwan. The company is branching into wind-powered gadget chargers (iOS compatible), as well as musical furniture. Here’s its iPad speaker dock that doubles as a chair. 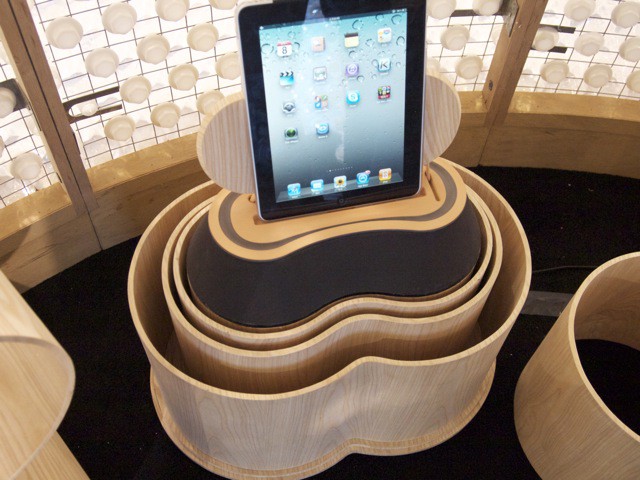