LAS VEGAS, CES 2011 — Still a day to go before CES is officially at full steam, we found a few nuggets at a Tuesday night press event.

First up is a pair of solar-powered goodies from Eton. The Soulra 2 is the pumped-up version of the original Soulra dock (which was featured in our 2010 Holiday Gift Guide). It’s got eight speakers, a massive flip-up, high-capacity solar-panel providing eight hours of tunes on just five hours of charge, and a facelift — we think it looks much more refined than its predeceessor.

The other product, actually a prototype iPhone 4 case with a battery charged by a built-in solar panel, was a bit of a surprise when the Eton PR rep pulled it out of his pocket after seeing we were from CultofMac (that’s right, we got a little game). The 1800 mAh battery grants about 15-20 minutes of talk for an hour’s worth of soaking up rays (so, good for setting out on the table during lunch if your iPhone is dead or dying) and it’s due this spring. 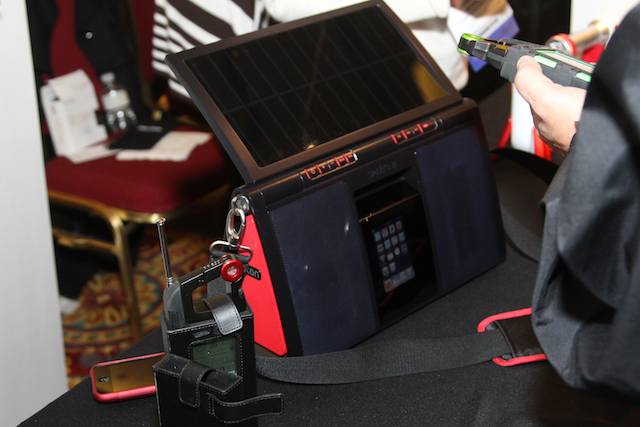