Tarus Balog got in touch to tell us this fantastic story of an original Mac that got dumped. Tarus rescued it from certain doom, gave it a little TLC – and found a little software surprise waiting for him.

Get the full story, and some more great pics, after the clicky jumpy thing.

Here’s Tarus with the whole story…

“I didn’t purchase my first Mac until 2003. It was a 12-inch Powerbook and I ordered it the day it was announced. However, I had been using Macs for over a decade before then.

“I friend of mine bought a Mac Plus through a school deal in 1986. It had an 800K internal floppy (as well as an external drive) and what was cool was that I could fit System 6, MacWrite, MacPaint and MacDraw onto a single disk and still have room for a few data files. With the exception of a spell checker, MacWrite did pretty much everything I need a word processor to do, even today, and it fit in 76K (that’s a K not an M). 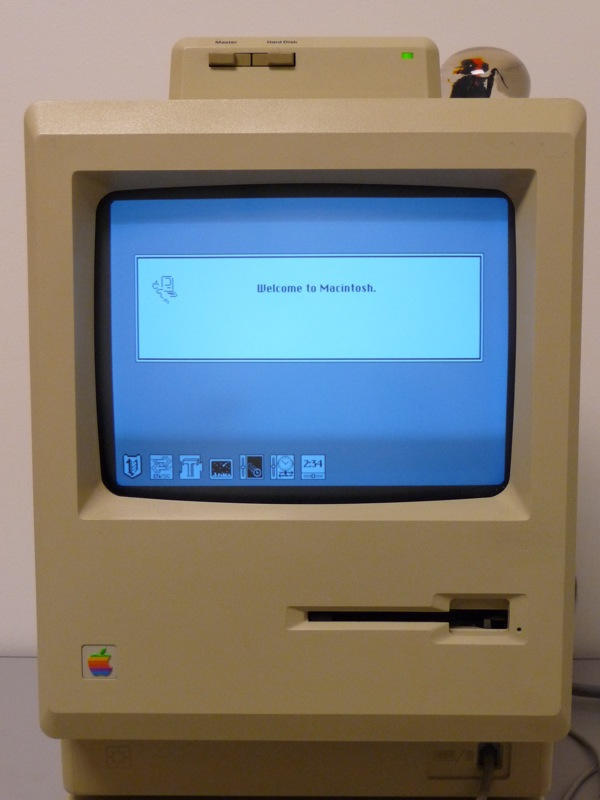 “I’ve been kicked out of some of the best colleges in the country, and at this time many of them had a few Macs in the computer lab. So I’d just carry a couple of floppies around and I could boot into my environment and start to work. Toward the end of my college carrier I dated a woman with a Mac SE/30, a machine that was screaming fast back in the day, and when I finally graduated in 1991 I went to work for Northern Telecom which was a Mac shop.

“Due to Apple’s strengths in the consumer market, a lot of people have probably forgotten that in the late 80s and early 90s there were a lot of corporations that had standardized on the Mac. I had a Mac IIx on my desk which had a color display, of all things.

“So, back to 2003. I started working for a small company that mainly used Macs (they were a web site design company for the most part) and while I was sitting in the office one day I see a guy pushing a cart full of old Mac gear down the hall. In one corner I could see the familiar shape of my little beige friend the original Mac. It turns out he was dumping the lot. I rescued what I could including the Mac, which had been upgraded to a Mac Plus. It also came with a 20MB hard drive. 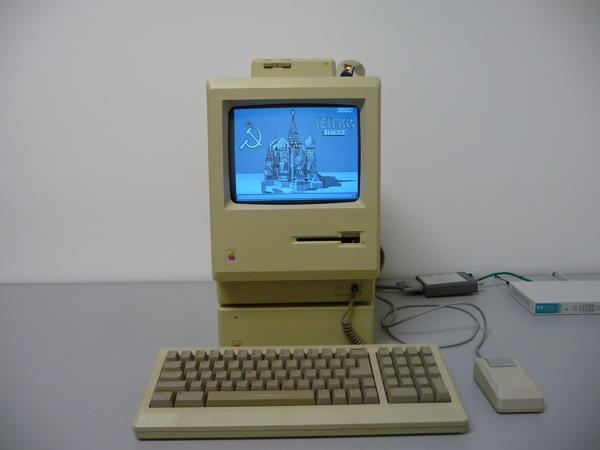 “When I was at Northern we had purchased a number of these upgrade kits that would enable you to take an original Mac, crack the case, and replace the motherboard, the floppy drive and the back to make it a Mac Plus (which allowed for up to 4MB of RAM, 800K floppies and an external SCSI bus). It was the first time I saw that the signatures of the original designers are etched into the case. Apparently this upgrade had been done to this machine.

“I did end up replacing the power board to help correct some issues with the display, and I bought both it and 4MB of RAM on eBay. The next goal was to find a source for System 6 and System 7 software. System 6 was pretty easy to find but I was at a loss to find System 7 images for 800K floppies. I ended up finding an older system where I could set up sharing and simply transfer the files to the Mac’s hard drive.

“I wanted System 7 since I was determined to get the thing on the Internet. A friend of mine sold me an Asante Ethernet adapter (which plugged into the 25-pin SCSI port on the back of the Mac) and I was in business. 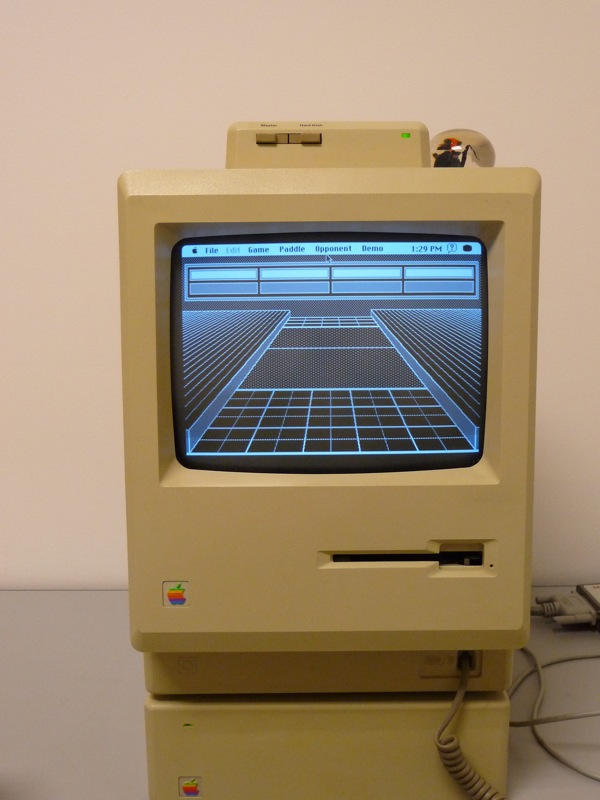 “Of course, once I got it on the Internet there wasn’t much I could do with it. I can’t find a browser that supports HTTP/1.1 and in any case graphics are pretty much non-existent. The Cult of Mac site won’t load at all, but Google does after a fashion. I used MacWeb 2.0 as the browser (which is a little better than NCSA Mosiac 1.0.3). I also got on IRC with an app called ircle.

“Once I got all of this working I dragged out all of my old Mac software and copied it to the hard drive. I had old lab reports (made with MacWrite and CricketGraph) as well as a bunch of games like Tetris, Shufflepuck and The Fool’s Errand.

“One funny thing was that when I inserted the disk for Uninvited Guest my Vaccine virus checker indicated it was infected. That virus sat on that disk for at least ten years, and I was just amused that it was still there and that the software caught it (viruses used to be a huge problem with Macs).

“It takes awhile to boot to System 7, so I keep a System 6 boot floppy around so that I can get to the games faster (System 6 on this Mac boots faster than my current Macbook Pro). I still want to get through Dungeon of Doom but I haven’t had much luck (and there doesn’t seem to be much info about it on the web) and I’m looking for an external 800K floppy drive if anyone has one handy.”

Many huge thanks to Tarus for his story and photos.

Do you have a Mac story like this? Get in touch with us (posting a comment is a good way to do that) and let us know.