Happy new year! Are you interested in learning why you should jailbreak your iDevice in 2011? Or are you just looking for some cool apps and tweaks after recently jailbreaking? Look no further!

In this guide, we’re covering ten of the most popular jailbreak apps and mods you can obtain through Cydia. These usually wouldn’t be possible, but with the help of jailbreaking, they are!

One of the most well-known tweaks available to jailbreak users is SBSettings. With this tweak, users can modify settings right from the springboard without having to go through the Settings app. Makes changing your settings much easier. 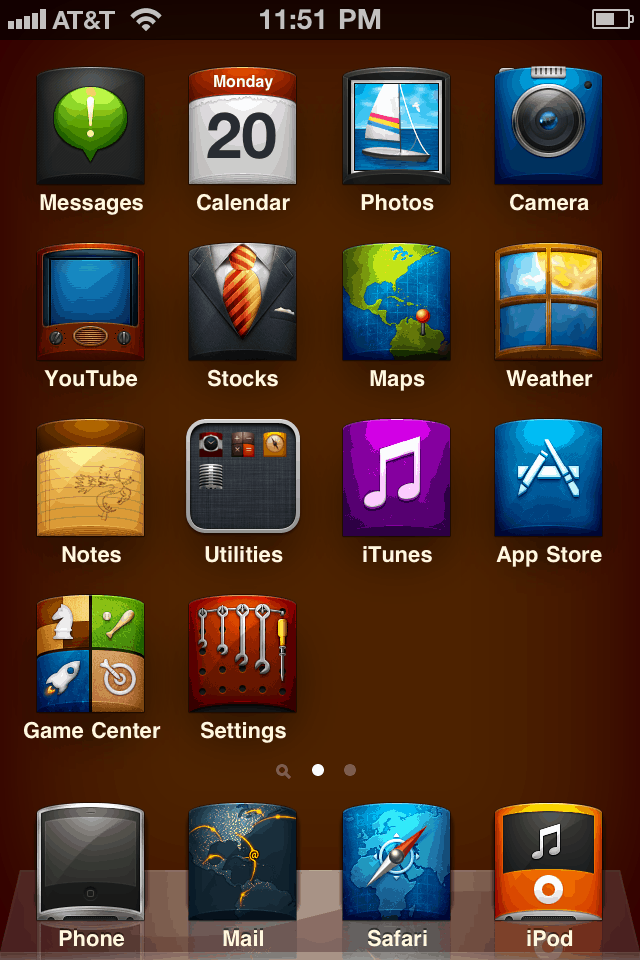 Another well known app is WinterBoard. This allows users to apply custom themes to different parts of their device, including the springboard, lockscreen, user interface, and many others. The possibilities are just endless!

With iOS 4, Apple introduced folders in the springboard. While this was a nice addition, it wasn’t quite perfect; it only allowed users to put up to 12 apps in a single folder. So, what if you were to have more than 12 games? Two game folders? No, InfiniFolders is the answer. It removed the default limit of 12 apps and adds scrolling to folders in a very iOS-like way. InfiniFolders is available for $1.99 in the Cydia Store. 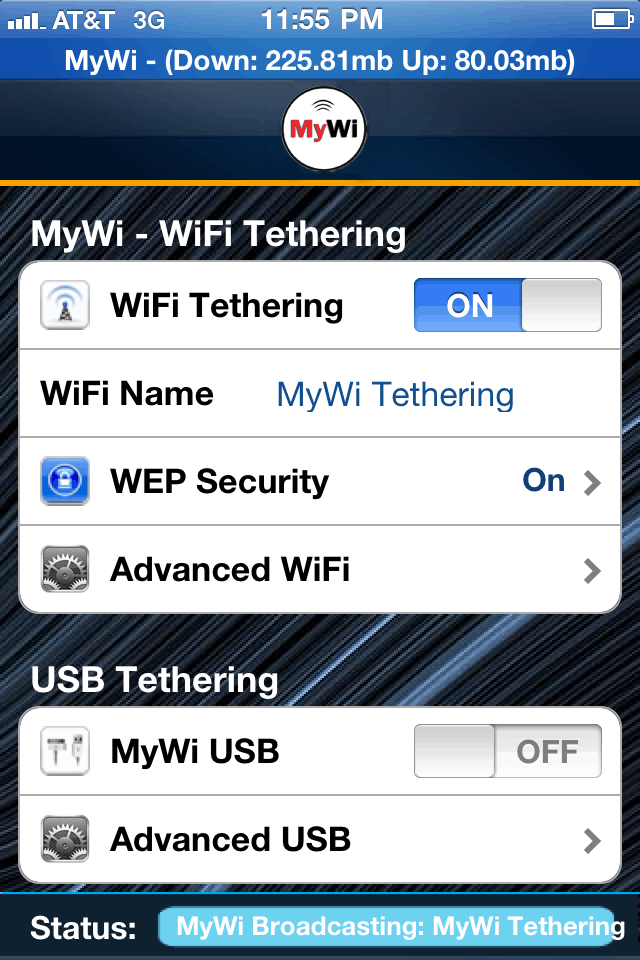 Want a way to share your iPhone’s Internet connection without have to pay AT&T’s crazy fees? You can do that, plus over Wi-Fi with MyWi! MyWi is an app that turns your iPhone into a Wi-Fi hotspot, allowing sharing of your 3G connection. MyWi is available for $19.99 in the Cydia Store. 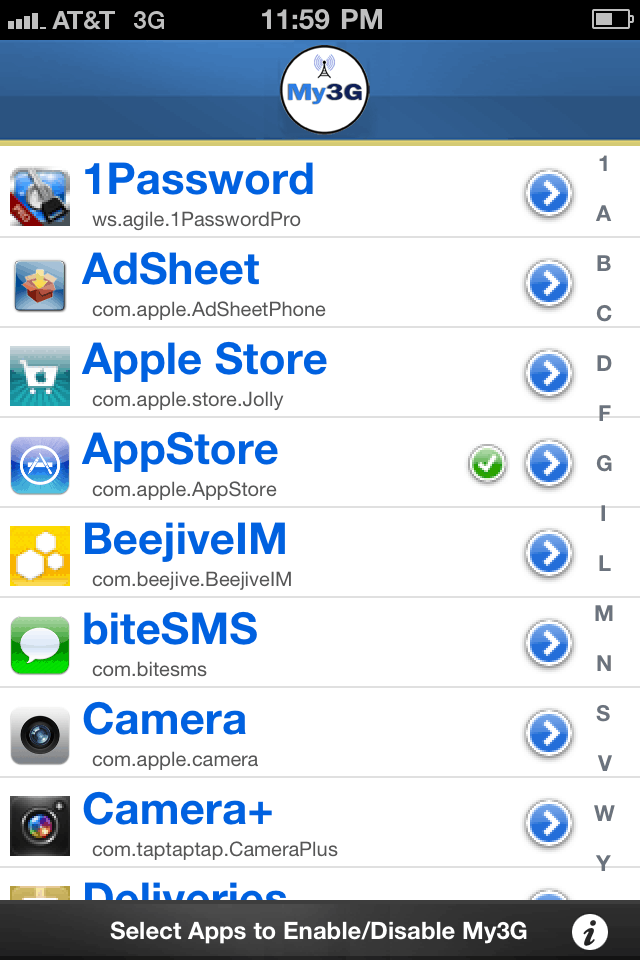 Ever wanted to make a FaceTime call but weren’t connected to Wi-Fi? Those days are over with My3G. My3G allows you to “trick” any application on your iDevice to believe it is connected to Wi-Fi instead of 3G. Use this to bypass FaceTime, YouTube video quality, and several apps on the App Store that require Wi-Fi for usage. My3G is available for $3.99 in the Cydia Store. 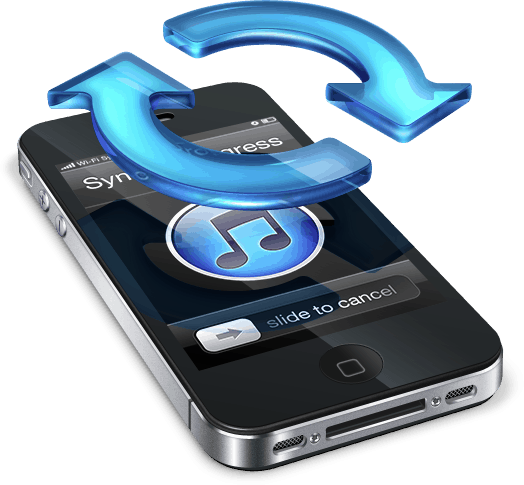 With Wi-Fi Sync, you no longer require a USB cable to sync your iDevice with iTunes. Wi-Fi Sync allows for syncing with iTunes on computers over wireless networks. All you need is the app on the iDevice itself plus another free desktop application that is required on the computer. After that, you’ll no longer need a USB cable for syncing. Wi-Fi Sync is currently availalbe for $2.99 (regularly $9.99) in the Cyida Store for the holidays, prior to the release of v2.0. Get it while it lasts! 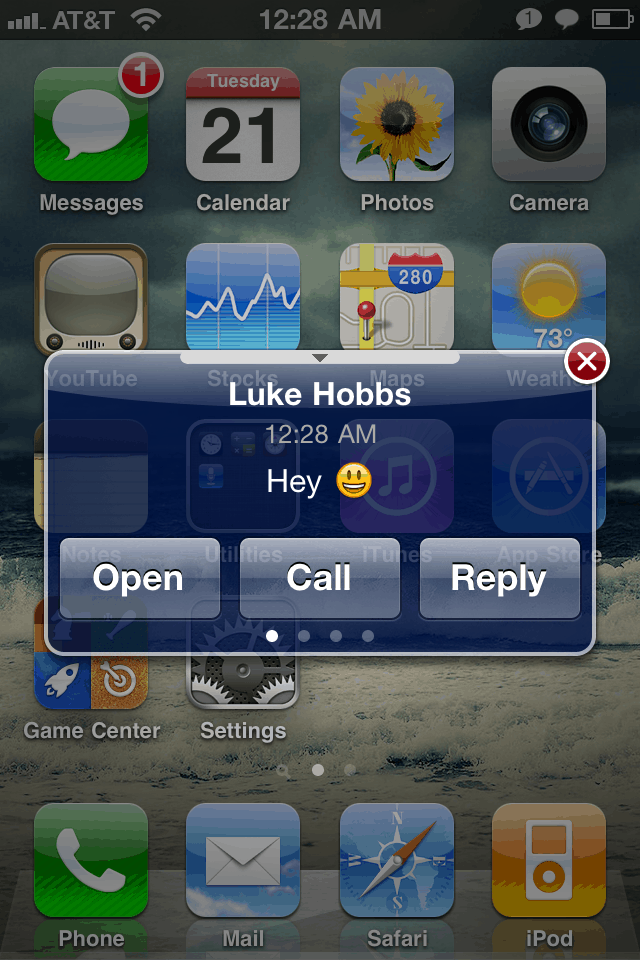 The default messaging/SMS app on the iPhone is quite dull. BiteSMS adds a ton of new features, including quick compose/reply, signature, passcode lock, templates, and many others. This app is strongly recommended for text-heavy users. BiteSMS is currently available for $6.74 (regularly $8.99) in the Cydia Store for the holidays. Get it while it lasts! 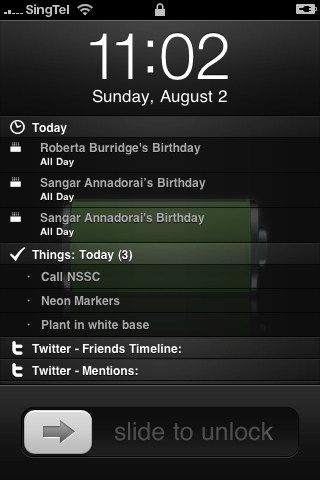 You may already know that Apple’s notification system isn’t quite perfect. There’s always the single popup, which isn’t very useful when you have a ton of notifications. LockInfo solves this issue by putting every notification together in a UI that’s easy to use. Plug-ins are also available for other apps, too! LockInfo is available for $7.99 in the Cydia Store.

One of the missing features on iDevices is Adobe Flash. However, with Frash, you will now be able to view Flash content in Safari. As of now, all Flash content is working except for videos.

This is one tweak that should have been included in iOS itself. When moving icons on an iDevice, you have to move one at a time. This is a slow and painful process, so MultiIconMover was created. It allows users to move multiple icons to different pages at the same time with just a few taps and a click on the home button. Simple? Yes. Useful? Quite.