Here’s our 2010 Year in Review of the best 10 hardware peripherals for your Mac that we’ve come across in the last twelve months.

If you missed any of these or didn’t get a chance to check them out for some reason or another, don’t fret — all of them are still available and worth a look.

The Mac Edition eGo drive is a good-looking complement to Apple’s new glass-and-aluminum Macs. It’s styled to match Apple’s Mac Pro with a sleek, silver case and a grill front.

It’s available in 1TB and 2TB configurations ($159.99 and $249, respectively), and offers several connectivity options: there are two FireWire 800 ports and one USB 2.0 port. It ships with a FireWire 400-to-800 conversion cable, which makes it compatible with Macs without a FireWire 800 port. 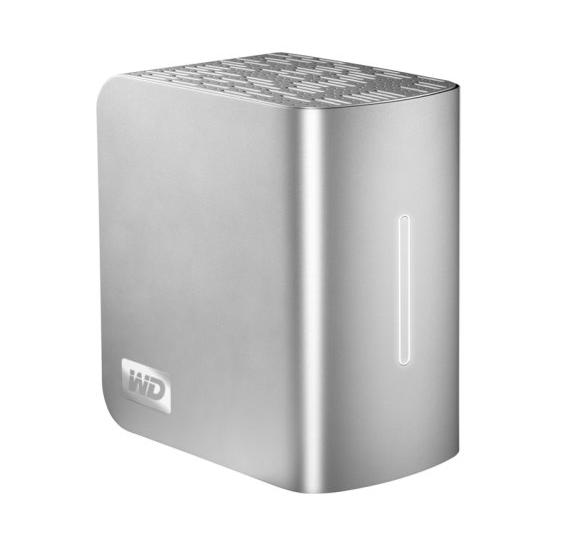 This great external hard drive from Western Digital is energy-efficient, runs quietly and it barely gets hot while in use. You can configure it to automatically support a mirrored raid configuration making it a good choice for storing your iTunes library, data or backups. You’ll essentially have two copies of your data stored on the two drives inside the My Book. If one drive fails – replace it, your data is intact on the other drive and it will get automatically copied to the replacement drive once it is installed. You can plug it in just about anywhere since it also supports a plethora of interfaces — Firewire 400 and 800, eSATA, and USB 2.0.

The HP Envy 100 Special Edition printer is the first printer we discovered that allows direct printing from the Apple iPhone, iPod touch or iPad running iOS 4.2 or higher. Although it isn’t cheap it works great and offers scanning, duplex printing, a touch screen interface, and print outs from Apple’s iOS devices look great.

Oh and if you are concerned about how your desk looks the Envy will be the envy of your friends with its modern look and appealing sleek and glossy wood grain top. It’s definitely the sexiest printer I’ve ever seen. 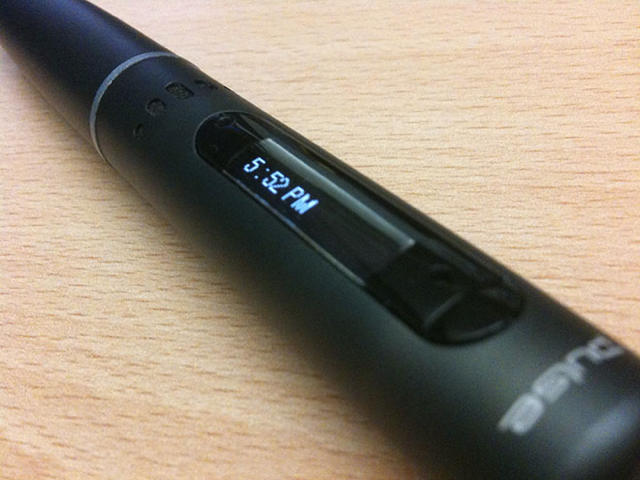 Nicole Martinelli: Livescribe. If you still use pen and paper for anything, get one of these. You can write or sketch with it like a normal ballpoint pen using its special paper and Livescribe records audio plus what you write — so you can go back to the pertinent point in the conference or meeting and check your chicken scrawl with what was being said. To go back and check your notes, just tap the pen on the text in the notebook to replay it. You can also upload the text and audio on your computer — the software offered gratis for Mac integrates seamlessly. Another plus: it looks enough like a regular ballpoint and doesn’t weigh much more than that Waterford you got for graduation but never use.

The 2GB Pulse model holds about 200 hours of audio (there are larger and smaller models, but this is the one I have and the capacity seems perfect for work interviews and conferences) costs $99, that’s $30 less than the regular list price with the current holiday discount. Just remember you’ll need to buy the dot notebooks, too. 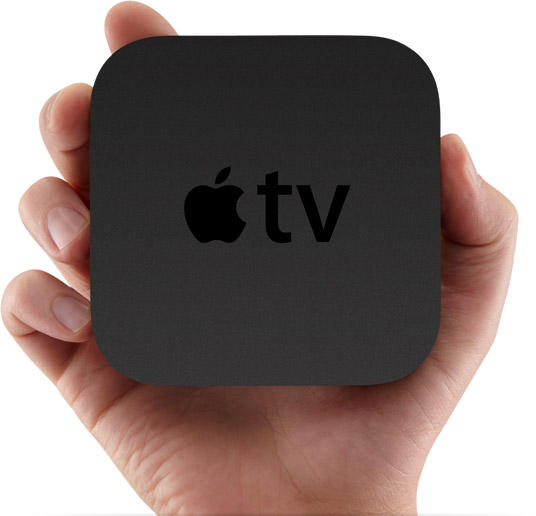 Apple’s tiny new Apple TV packs one heck of a punch in a very small package — Netflix! Youtube! $0.99 TV shows! It’s dead easy to set up, absolutely tiny in size, and a pleasure to use. And it’s ridiculously priced at only $99.

On the other hand, iTunes’ movie selection still sucks; and the Apple TV won’t play nice with popular internet video formats like DivX or Avi.

Still, this pint-sized box is now based on iOS, and Apple may yet try to turn its “hobby” into a real business by adding apps that feature new content channels, communication tools and maybe even games. If so, this Apple TV may have a very good future. The hardware is certainly ready and it is based on the same technology as the iPhone, iPod touch, and iPad.

If Apple opens up Apple TV to apps like it did eventually on the iPhone it could be unstoppable. Jailbreaking might just do that before Apple is ready to offer this feature.

Read the full review below so you can decide if this Apple TV is for you. 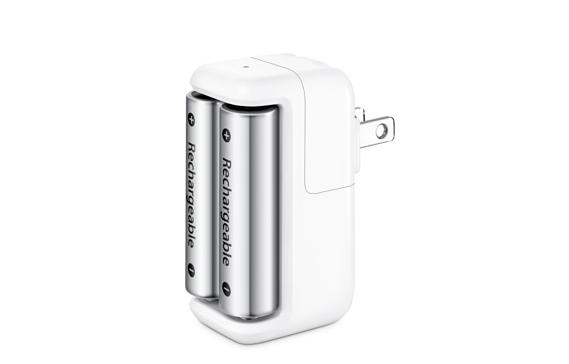 I’ll be the first to admit that this product might not be the best one of its type out there, but it’s here and it matches the rest of my Apple gear — not that this really matters, but I’m throwing it out there anyways for your consideration.

Regardless of whether or not it’s good it did one thing for me. It made me reconsider my wasteful use of regular throw away batteries. My household is a bit greener now since I’m using more rechargeable batteries in all my devices.

If your interested in being green and are concerned about your gear matching then check out Apple’s Battery Charger.

Apple’s Magic Trackpad is a 5-inch-square slab of touch-sensitive aluminum that brings multi-touch controls to desktop Macs. Apple is pitching the $69 peripheral as a complement to the mouse, or, if you’re feeling adventurous, a replacement for it.

You can read Leander Kahney’s full review of the Magic Trackpad. 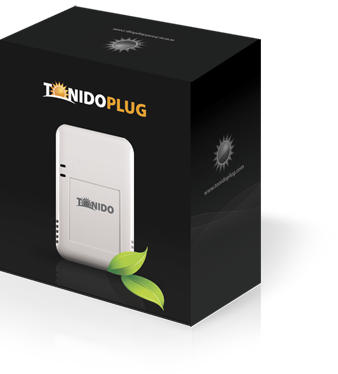 The Tonido Plug allows you to run your own personal cloud from which you can access and share all of your desktop’s files, documents, photos, music, and videos from anywhere through a web browser or your smart phone. No uploading. No storage limits and it is free.

Simply add your own hard drive via USB interface and plug the Tonido Plug into your local ethernet network and you have your own cloud. 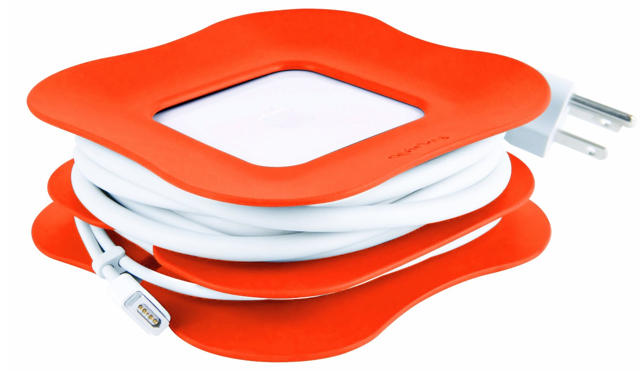 David Martin: Cable management is a pain in the backside for many road warriors. So much so that I’m just tired of stuffing my cables into various pockets in my backpack. They often don’t come out in the same state they went in — I’m sure little Gnomes have had a field day learning to tie knots in my cables when they are left unattended stuffed in that backpack. Now dear Gnomes that’s about to change as I anxiously await the arrival of my PowerCurl from Quirky.

Quirky.com, a self-proclaimed “social product development company” relying on user feedback to choose and improve products, says that PowerCurl was designed by Apple enthusiasts in 24 hours. Sure, it makes a great story, but the reality is that the PowerCurl is actually a great cable-management system for Apple MacBooks, MacBook Pros, or MacBook Airs.

Apple’s idea of cable management for their line of notebooks is half-baked, since you can only wrap the thin power cable permanently attached to your MacBook power adapter around the flip-up prongs. Leaving you with the thicker wall-plug cable to roll up and toss in your bag. The PowerCurl secures Apple’s power adapter at its center, and then you roll both cables around the PowerCurl. There’s even a handy clip included to secure the end of the thicker cable and keep it from unraveling. The thinner cable secures with the Apple supplied clip.

I saw this cable management accessory in my friends notebook bag. It was clear that once rolled up, the cables were easy to unfurl for use. The PowerCurl accepted a good amount of rough handling without the cables coming unattached. It was a bit bulky, but not terribly so. It certainly appears to be Gnome proof.

The 45 Watt MacBook Air version of the PowerCurl that I ordered retails for $14.99, but you can get it from Amazon for $9.99 (https://www.amazon.com/gp/product/B003N3I15M/ref=oss_product). It is available only in Orange, but that might change with the found popularity of the Macbook Air. Other models in a variety of colors are also available for 60 and 85 watt Apple notebook power adapters. 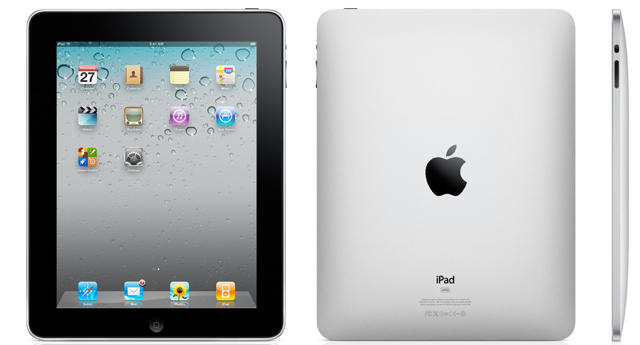 I’m might be going out on a limb here by calling Apple’s iPad a peripheral for the Mac, but honestly the two go hand-in-hand and work better together. I have many friends and co-workers that are using their Macs and iPads, but not for the same things and rarely at the same time. They generally use their Macs for gathering media via iTunes, syncing other kinds of data via other third-party apps and then they view the synced content later on their iPad. This is accomplished when the iPad is plugged into the Mac, synced, and some data is exchanged back and forth between the two. Afterward your iPad is ready to hit the road.

The mobility of the iPad makes it a great repository for all kinds of media that we use to store solely on our Macs. Books, music, movies, videos, notes, data, etc. now can all be synced from our Macs to the iPad thus allowing us to use the iPad as an extension to our Mac while on the go. My iPad has become a great portable reference library as well as a platform for getting some work done.

Therefore, I think the iPad is the number one peripheral that I use and attach to my Mac.

So there you have it — ten stellar examples of  hardware peripherals we encountered this year for our Macs. Did you come across this year some great gear or apps not mentioned here? Tell us about it in comments!