With the CultofMac so chock full of bike geeks, it’s no wonder we pretty excited to see the arrival a few months back of one of the first gadgets that fall into the app-enhanced category — a gadget/app mashup that manufacturer New Potato Tech cleverly calls an “appcessory.” In this case, the $99 LiveRider combo of an iPhone bicycle mount and sensor/receiver package with its own dedicated app turns the iPhone into a flexible, jumbo-screened bike computer.

It’s not the only sensor/app combo on the market; Enki Sports offers a more complete and expensive solution, and newcomer Wahoo Fitness recently arrived with a flexible, modular approach (with sensors that look remarkably similar to Enki’s). But we figured New Potato’s kit would provide a simple, relatively inexpensive setup for intermediate-ish cyclists wanting their data fix. We were mistaken.

One of our main gripes with the LiveRider kit became apparent during setup: the cadence sensor and the speed/distance sensor are both housed in one case that seems to have been designed around a classically oval stay. Problem is, many stays out there don’t have classically oval cross sections. The concave groove on my Bianchi’s carbon fiber frame, for instance, didn’t play well with the sensor; finding a way to angle it so the big, bulbous speed sensor didn’t hit the spokes was a challenge and required constant re-adjustment, because the groove prevented seating the sensor unit properly on the stay. On the other hand, installation on the massive rectangular stay of my Titus Racer-X mountain bike proved impossible.

Apart from that, things work fairly well. The LiveRider app is a free download from the App Store, and once installed, a setup screen gathers all the necessary info painlessly. Plug the receiver dongle into the iPhone and a little light flashes if info is being received. All the standard info is there: speed, average speed, distance, elapsed time, and cadence, and even calories and power output — both of which, we assume, are only somewhat accurate (we didn’t test their accuracy) due to the fact that they’re measured through software algorithms rather than actual sensors (like a power meter). There’s even a chase function, which lets the rider compete against a previously recorded. 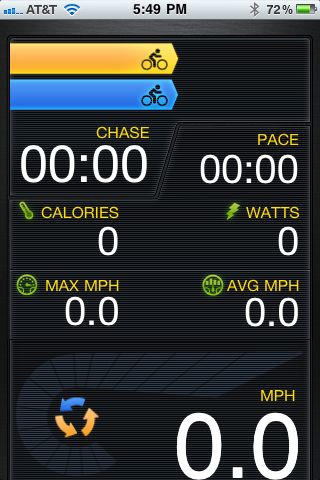 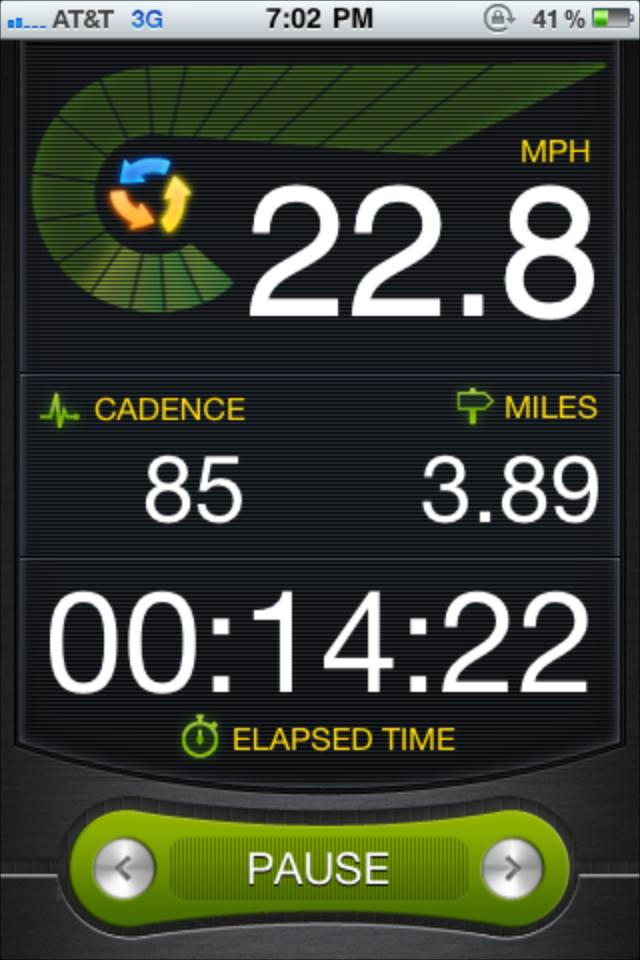 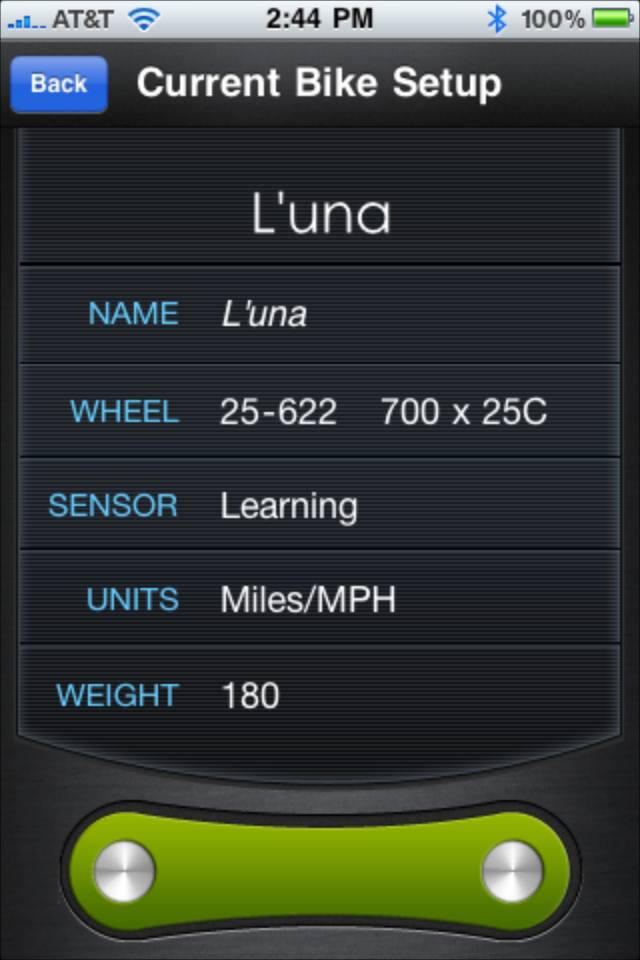 The display is big and bright, and apart from the useless spiral at the top of the main screen — we couldn’t figure out what the damn thing did, apart from masquerade as some sort of inconsistent speedo — it’s one of the kit’s best features. Gauge info is actually conveyed across two screens, with the second accessible simply by swiping the screen vertically; more iPhone bike apps should work this way. The open, rubber mount kept the iPhone seated while on paved roads; I wouldn’t want to off-road with it.

But there’s a whole big bag of usability missing. For instance, while data can be shared via email, it’s in a simple text format, which makes it difficult (or sometimes impossible) to import into a desktop fitness app for analysis. And while there are very cool in-app graphs of both speed and cadence, the unit doesn’t record altitude, so there’s no all-important data on climbs/descents (data that’s gathered even by inexpensive, $5 GPS cycling apps like Cyclemeter).

Finally, because LiveRider uses its own proprietary system and isn’t ANT+ compatible, there’s no way to integrate things like heart-rate monitors or power-meters, unless New Potato adds those sensors and compatibility in the future.

It’s a great concept, but execution in this case is poor — and with so many other options out there, the LiveRider is just way off the back.