What’s past is present, at least in the Vintage Tech World. 2010 saw some significant stories involving those attic treasures: an Apple 1 sold for a whopping $213,000, a Mac Museum for $10k, and an Apple II Festival turned 21. Meanwhile iPads were spotted co-habitating inside old Macs, obsolete status befell our PowerPC friends, and The Macintosh Way lived again.

Travel back in time for this review of the Year in Vintage Apple News. 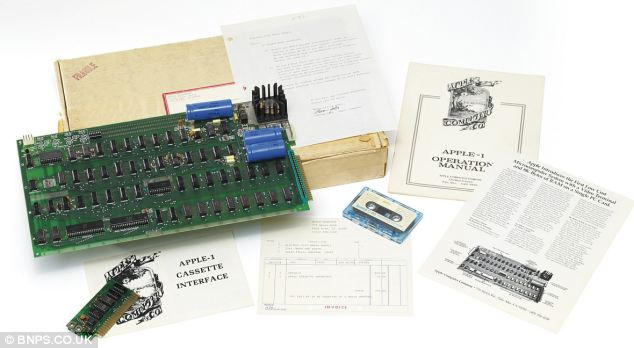 The big news this year also involves Apple’s oldest product: Apple 1 system number 82, shipped directly from Steve Job’s garage, was sold at auction by Christie’s of London for $213,600 (after taxes). The buyer, Italian businessman Marco Boglione, received the system, the original shipping box, and a note from Steve Jobs written to the first buyer.

The Apple 1 was one of the first personal computers, and approximately 200 systems were produced. About a quarter of those survive today. Take good care of yours if you have one! 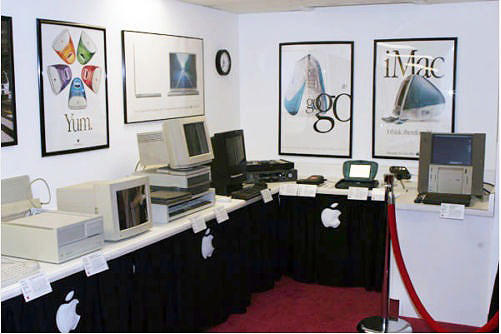 Vintage Macs come and go, but Vintage Mac Museums typically tend to Grow. One particularly impressive Museum Moved On. The (former) Mac Museum of Franklin Park, NJ was put up for sale on eBay, and was purchased for $10,000 by the Museum of Modern Art in New York.

The Museum’s models include the Lisa, Mac 128k, Plus, SE/30, Color Classic, Mac Portable, TAM, Newtons, etc., along with lots of posters, peripherals and paraphernalia. Who says old computers are worthless?

KansasFest is an annual convention dedicated to the Apple II, the computer that ignited the personal computing revolution. Held every year in Kansas City, Missouri, hobbyists, retrocomputing enthusiasts, and diehard aficionados gather from all corners of the world to celebrate and continue using their old friends. The festival turned 21 this year, so it can now drink legally around the country.

KansasFest is about a computer and a camaraderie unlike anything else. The Apple II attracts people of a certain mindset and spirit who exhibit a rare creativity, resilience, dedication, history, and nonconformity. 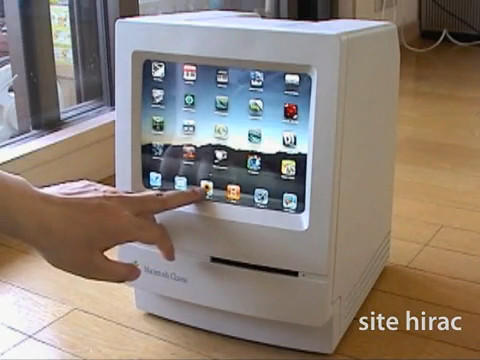 A technological hybrid of new and old tech has evolved in the wilds of Apple Geekdom this year: old Macs being repurposed as iPad stands. A tinkerer in Japan customized a Mac Classic to work as an iPad dock, complete with detailed instructions on how to build your own. Other variants spotted have included a Mac Plus, clamshell iBook G3, and an iMac G4.

A new form of computer recycling seems to be evolving within the Cult of Apple! 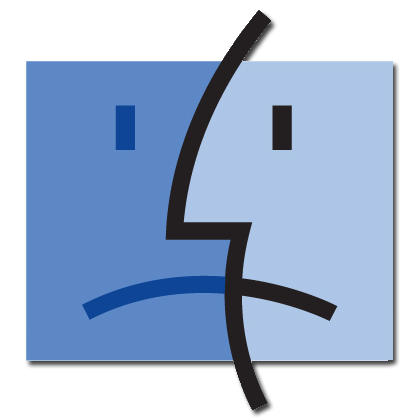 Each year brings the announcement of products Apple has deemed Vintage or Obsolete, items that fall into Cupertino’s Pit of Computers Past. As of the close of 2010, all PowerPC Macs are now considered Vintage (5-7 years, with limited parts still available), and many are Obsolete (7 years or older, no support). Also on the Vintage list are all DVI monitors and many early Airport products.

Funny, other major appliances are only partially through their useful lifetimes at this point. But vintage doesn’t mean useless, of course – so keep those old systems humming! 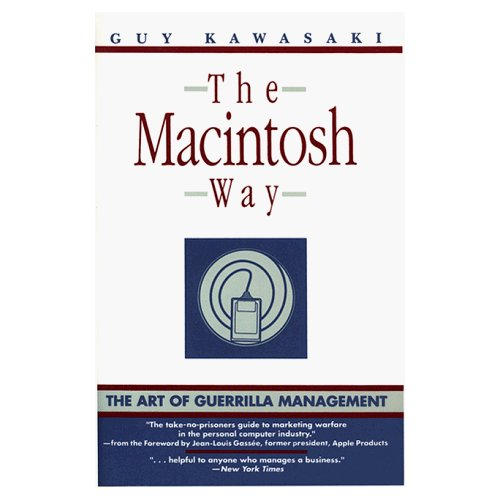 Guy Kawasaki’s seminal book The Macintosh Way is a classic for technology marketers (“evangelists”) and Apple geeks alike. A guide to the marketing and development strategies of the early Mac, it is used to this day as reference material for startup businesses and college courses.

The book went out of print several years ago, and Guy has been working since to get the rights back. This year he succeeded, and made the digitized eBook available free to everyone for the asking.