Featured in our list of must-have games this week is one of the most anticipated games yet for iOS. Infinity Blade uses Epic’s impressive Unreal Engine 3 technology to deliver a visually stunning sword fighter that’s packed full of adrenaline-fuelled action. Since its demo at Apple’s keynote back in September, every iOS gamer has been waiting for this game to hit the App Store.

Also on our list this week is Cut the Rope: Holiday Gift – released especially for the festive season, Holiday Gift is a free gift to all of the Cut the Rope fans out there. It’s the same highly addictive puzzle game we all love, but now it’s all Christmassy.

The official Jenga game lets you take your favorite tower building game anywhere and recreate the most authentic Jenga experience on your iOS device. Designed in consultation with the inventor of the original wooden block game, Jenga features great 3D visuals, realistic physics, and multiple game modes. It’s just as entertaining as the original and deserves a place in our list of must-haves this week.

Check out the rest of this week’s must-have games after the break! 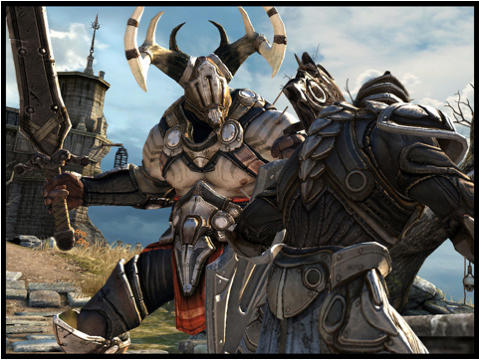 For untold ages the God King has ruled with an iron fist and you must journey to the Dark Citadel to battle his titans one by one until you face the tyrant himself and fight to free your people from an endless legacy of darkness. One of the most hyped games for iOS, Infinity Blade uses Epic Games’ award-winning Unreal Engine to deliver spectacular 3D characters and environments, gorgeous visuals, and advanced, adrenaline-fuelled battles that you won’t find anywhere else in the App Store. Featuring a dynamic single-player campaign, responsive and intuitive touch controls, character customization and Game Centre leaderboards and achievements. 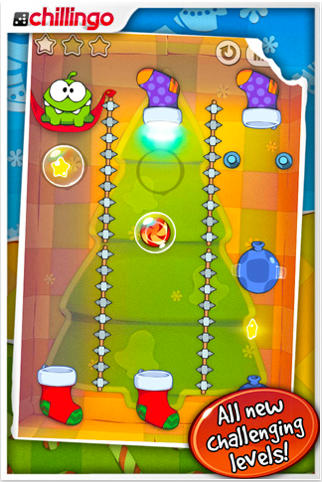 A special holiday gift box free to fans of Cut the Rope! Outstanding physics and devilishly tricky levels are the ultimate challenge as you attempt to feed candy to the hungry Om Nom in this innovative and addictive puzzle game. Featuring the variety of tools you’re used to from the original Cut the Rope, and a great new stocking feature that magically shoots candy around the box. Get in to the festive spirit with bright, colorful visuals and a special Christmas feel. 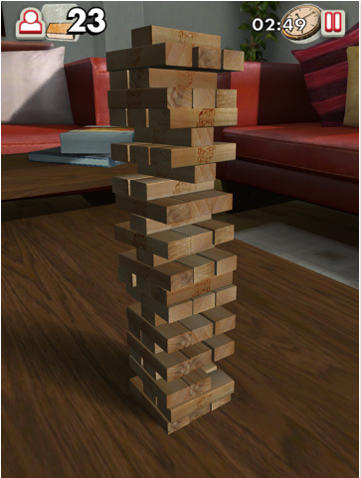 Designed in consultation with the inventor of the original Jenga game, Jenga for iOS lets your experience the wonderful wooden tower building game whenever and wherever you wish. Real-time 3D physics simulation authentically recreates the behaviour of the real wooden game, so you’ll need to be just as delicate with each block you remove from the tower. Multiple game modes make Jenga even more enjoyable, and the four-player pass-and-play mode lets you take on your friends in intense battles of steadiness. Game Centre is also built-in and includes leaderboards and achievements. 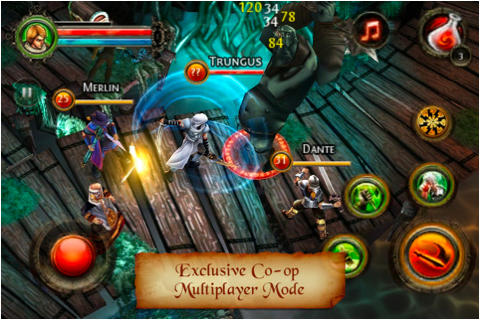 The second instalment of this thrilling action RPG returns to the dark lands of Gothicus, in which you escape from prison and travel across your realm in a bid to save everything. Fight tougher enemies, face even more challenging quests, and use multiplayer mode to combine the talents of your team members and become even more deadly. Featuring high-definition graphics optimized for the Retina display, character customization, Game Centre leaderboards and achievements, and Gameloft Live. Dungeon Hunter just got a whole lot more exciting! 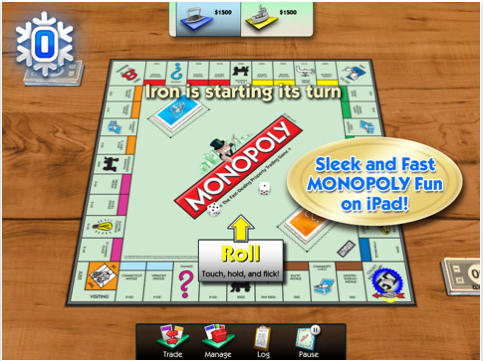 Play the classic game you know and love in an all-new version designed especially for the iPad. Exclusive iPad features include ‘Tabletop’ mode that lets you gather friends and family around your device and challenge each other head-to-head, ‘Teacher’ mode in which you play against the computer and learn tips and tricks that will improve your strategy, and enhanced HD-quality graphics that show Monopoly as you’ve never seen it before.